For more info write to: segreteria.museonovecento@musefirenze.it

Emeritus Professor of Aesthetics at the University of Florence

A series of conferences conceived by the director of the Museo Novecento, Sergio Risaliti, with the aim of investigating the central themes that the dramatic pandemic crisis has raised and amplified. The uncertain future is an ambiguous projection of hope and rebirth but also the object of collective responsibility in the face of change.

The cycle of conferences examines the responses that the world of Architecture, Art and Literature suggests in the face of the frenetic demands that human progress has entailed.

The perception of this need has given rise to the cycle of meetings, with the aim of asking exponents of the cultural world what are the possible horizons, challenges and desirable choices to face a future aimed at collective well-being understood as an exaltation of human dignity. Philosophical thought remains the central point, how to think in an era and in a society in which decision-making power seems removed from the individual, which models and conceptual paradigms should we make ours in our time of crisis and urgent change? 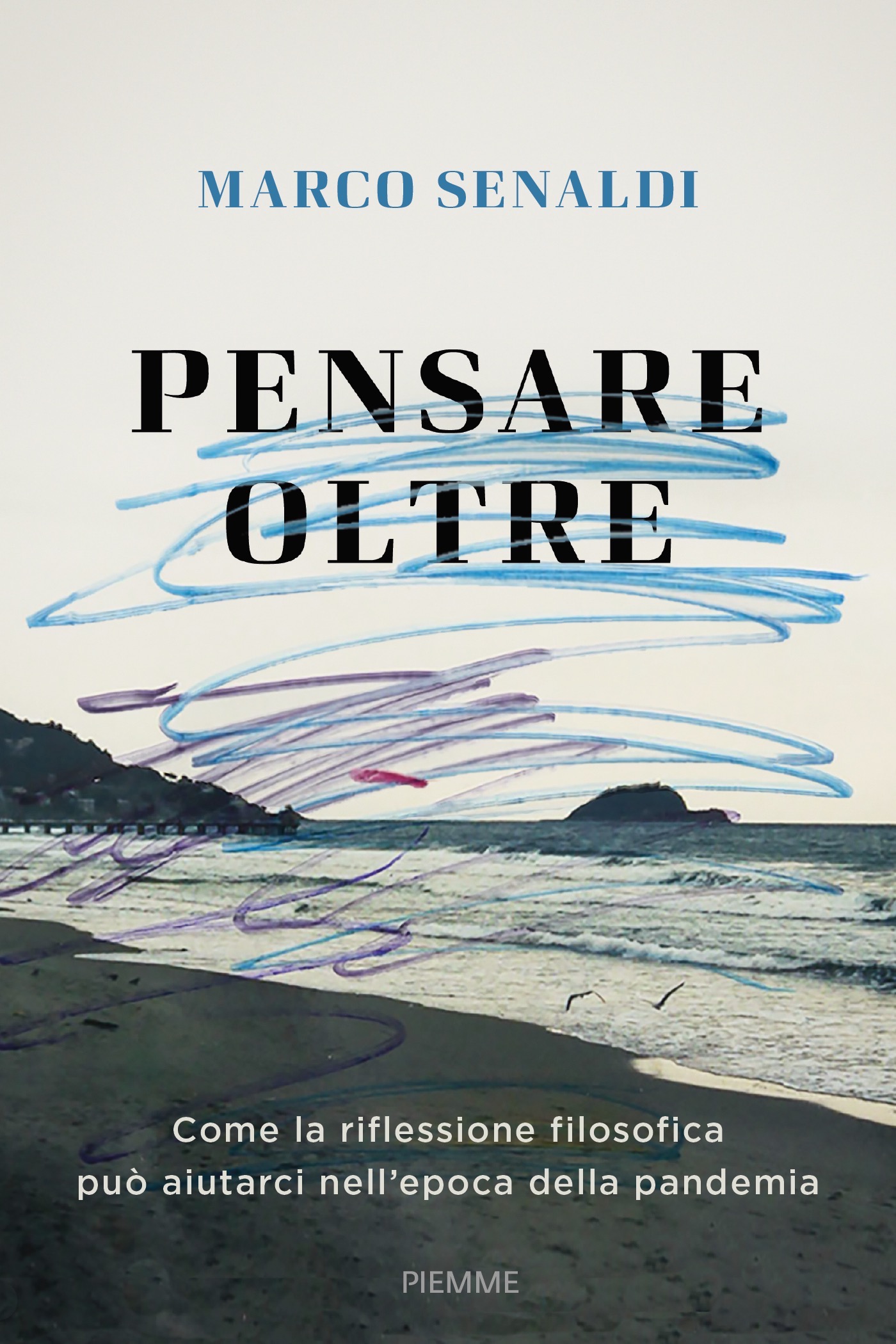 How can philosophical reflection help us today as we live with the pandemic? Faced with this question, Marco Senaldi traces a journey that, through concrete examples, helps us understand the moment we are going through, rethinking the use of philosophical thought as a tool for analyzing what remains hidden under the very contents of the debate.

Faced with the current pandemic scenario, a useful tool for addressing the questions we are asking ourselves can be philosophy. The latter’s task does not consist in imagining future panoramas, devising utopias or, on the contrary, invoking a realistic sense of responsibility: but in making us aware of the obstacle that we cannot see, and in making us understand that, just like a window, it could also be opening up a possibility. In fact, the repeated lockdowns and the sense of isolation that many people have experienced on their skin have radically changed our idea of ​​the world, of ourselves and of the future that awaits us. And philosophy understood as a critical reflection on today, an alternative and controversial point of view with reality, can certainly help us to live better and more aware. Marco Senaldi, in an accessible, witty and original way, takes us on a fascinating journey, full of concrete examples and unsettling and provocative reflections, to wisely decipher the time in which we live.

The reflection focuses on the problems of living in today’s highly globalized society. The economic and social contradictions and discrepancies of the twentieth and twenty-first century will be analyzed by the critical eye of architecture, enhancing its problems and possible strategies. 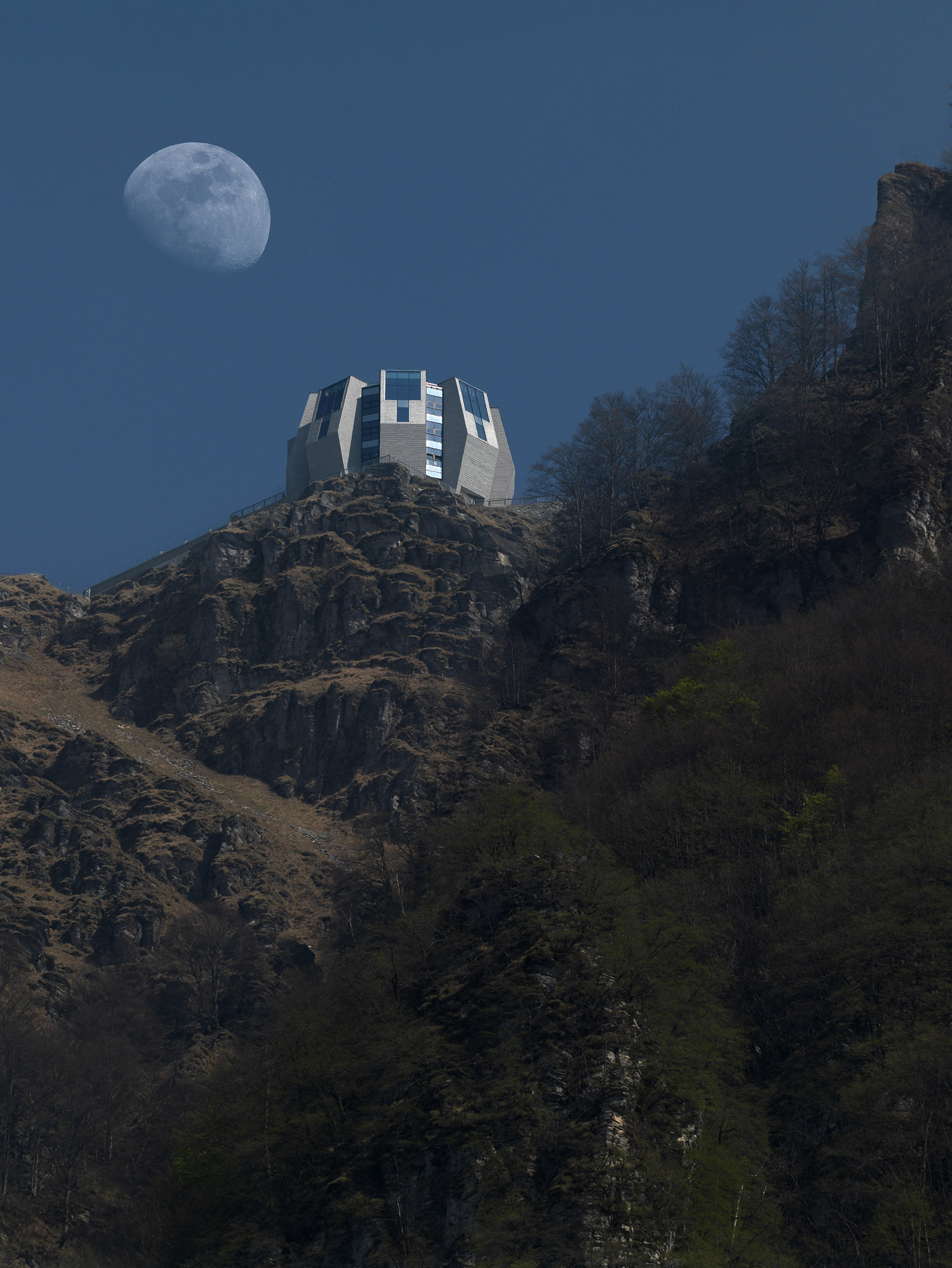 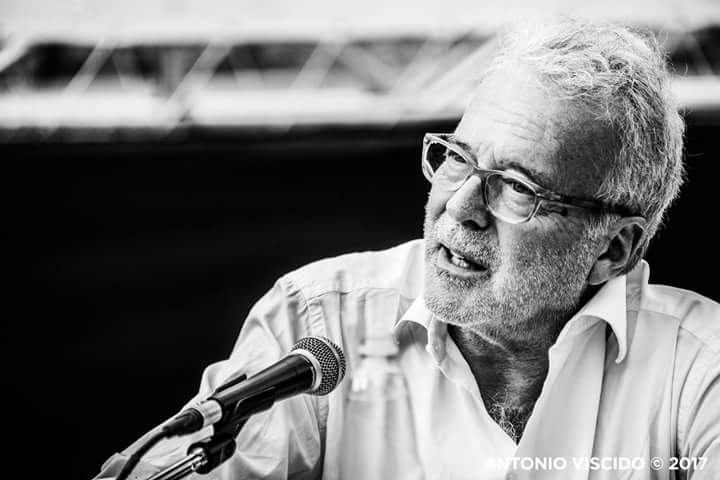 Towards a new cultural disposition to art and life.

The conference revolves around the conflict – apparently incurable in our confused season – between poetry, the true substance of every work of art, and fetish, that is, the outcome of an idolatrous approach to masterpieces. The conviction on which these thoughts rest is that only the primacy of poetry and the decline of the fetish can arouse more mature consciences. Hence a new cultural and ideological disposition with respect to any life event follows.

The speech investigates the perception of the future, an eternal question of thought. Are utopia and dystopia sufficient parameters to describe the future? With what and what certainty can we search for the projections and spectra that the human mind imprints on an uncontrollable and unmeasurable time? What if there is no future? 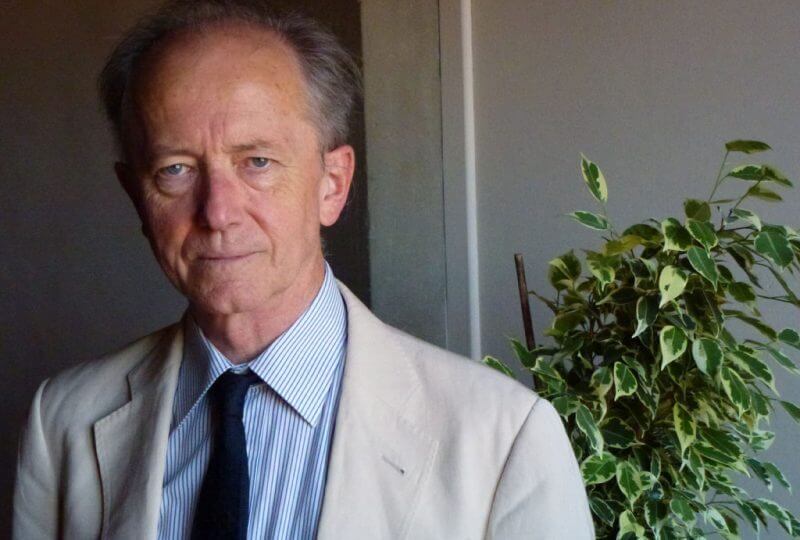 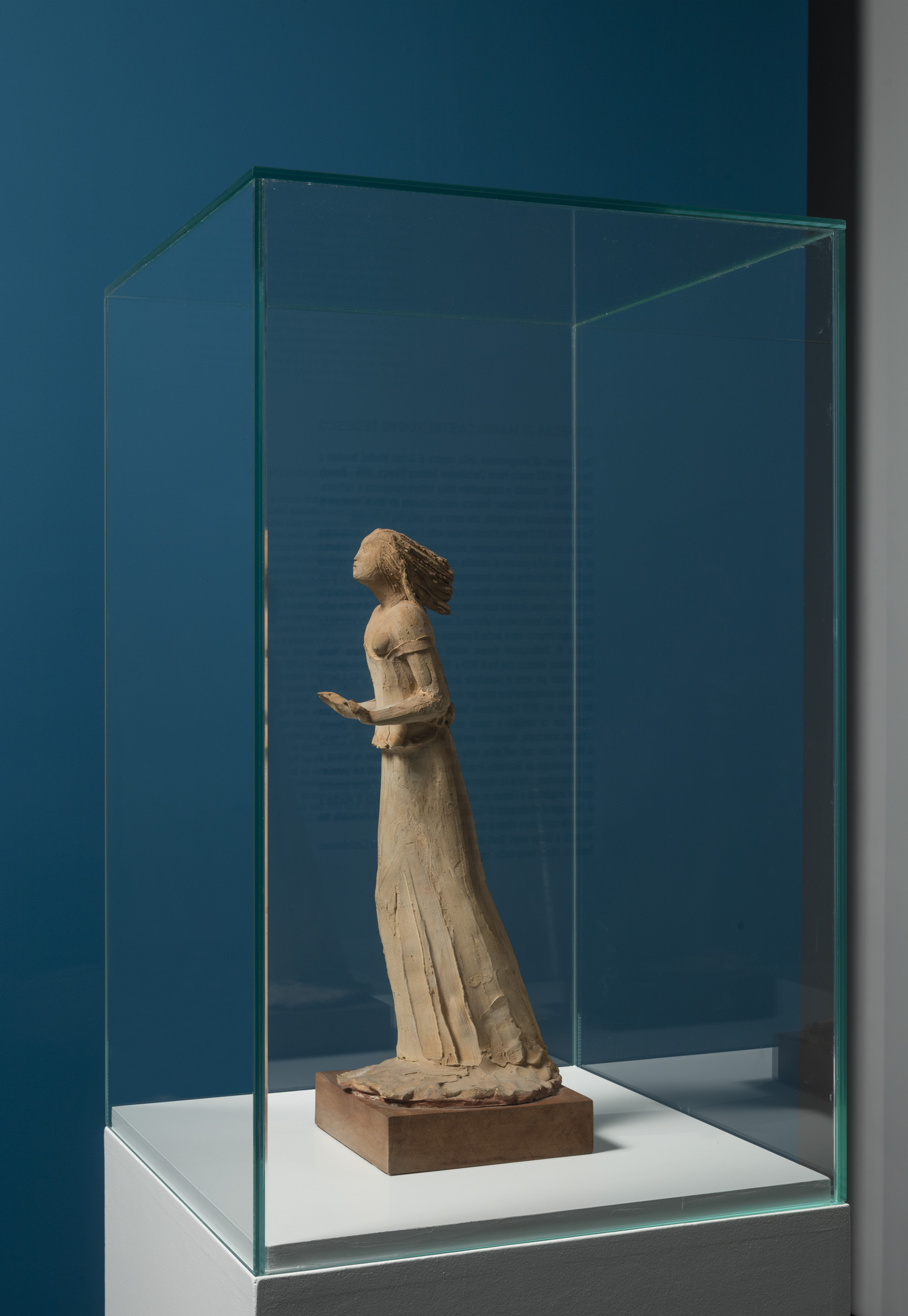 The event, introduced by Lucia Mannini, art historian and curator, and Sergio Risaliti, Artistic Director of the Museo Novecento, is divided into two distinct parts which, however, orbit around the paradigmatic figure of Ophelia, recently enhanced by the Arturo Martini and Florence exhibition, in the rooms of the museum.

The first part of the meeting is entrusted to the musicologist Eleonora Negri, who will analyze the figure of the composer Mario Castelnuovo Tedesco (Florence, April 3, 1895 – Los Angeles, March 16, 1968), owner of the touching Martini terraccota Ofelia and composer of Shakespeare’s Song. Eleonora Negri’s words will alternate with the music of Mario Castelnuovo Tedesco, performed by guitarist Eugenio Della Chiara, who will interpret some pages from Platero y Yo op. 190, a masterpiece of gentleness and poetry, written in 1960 and dedicated by the composer to the Florentine publisher and friend Aldo Bruzzichelli.

Then follows This is my body (another Ophelia) by Giada Vailati and Francesco Sacco.

The performance stems from a research path around the character of Ophelia, whose life and death tell of a particular relationship with the possession of the body, destined for sacrifice for the expiation of the sins of others. This is my body stages a ritual of reappropriation through loss: movement and sound focus on repetition, creating a loop in which the body becomes acted from an acting subject. The body loses will and intention and begins to exist only within the cage of the recursive movement, destined to repeat itself in a potentially eternal cycle. The movement arises from simple repeated steps with increasing dynamics, played on a loop that is simultaneously constriction and liberation, loss of body control and re-appropriation, reaching the limit of physical endurance and overcoming. Are the perspective of sacrifice and the Christian exemplum reconcilable with a humanism of the body? Are we still living in situations whose body and virtue can conflict? Do our bodies belong to us?

I NUOVI. The tremor of my eyes

Love has always been the most investigated theme by poets, making it Dante Alighieri’s teacher. Vita Nova, his early work, transports us to the idea of ​​pure sentiment, love for Beatrice, which over time has become the emblem of love par excellence. Alongside this poetic biography that alternates prose and poetry, love will also be investigated through the words of Michelangelo and Osip Mandel’štam, one of the most important poets of Russian literature. Three authors distant from each other, both in time and in language, but united in the search for the deepest facets of the highest of feelings. Flanked by guitarist Federico Ferrara, seven actors from the iNuovi association will play the words of these three poets, giving life to a score for a song of love, made up of voices and music. 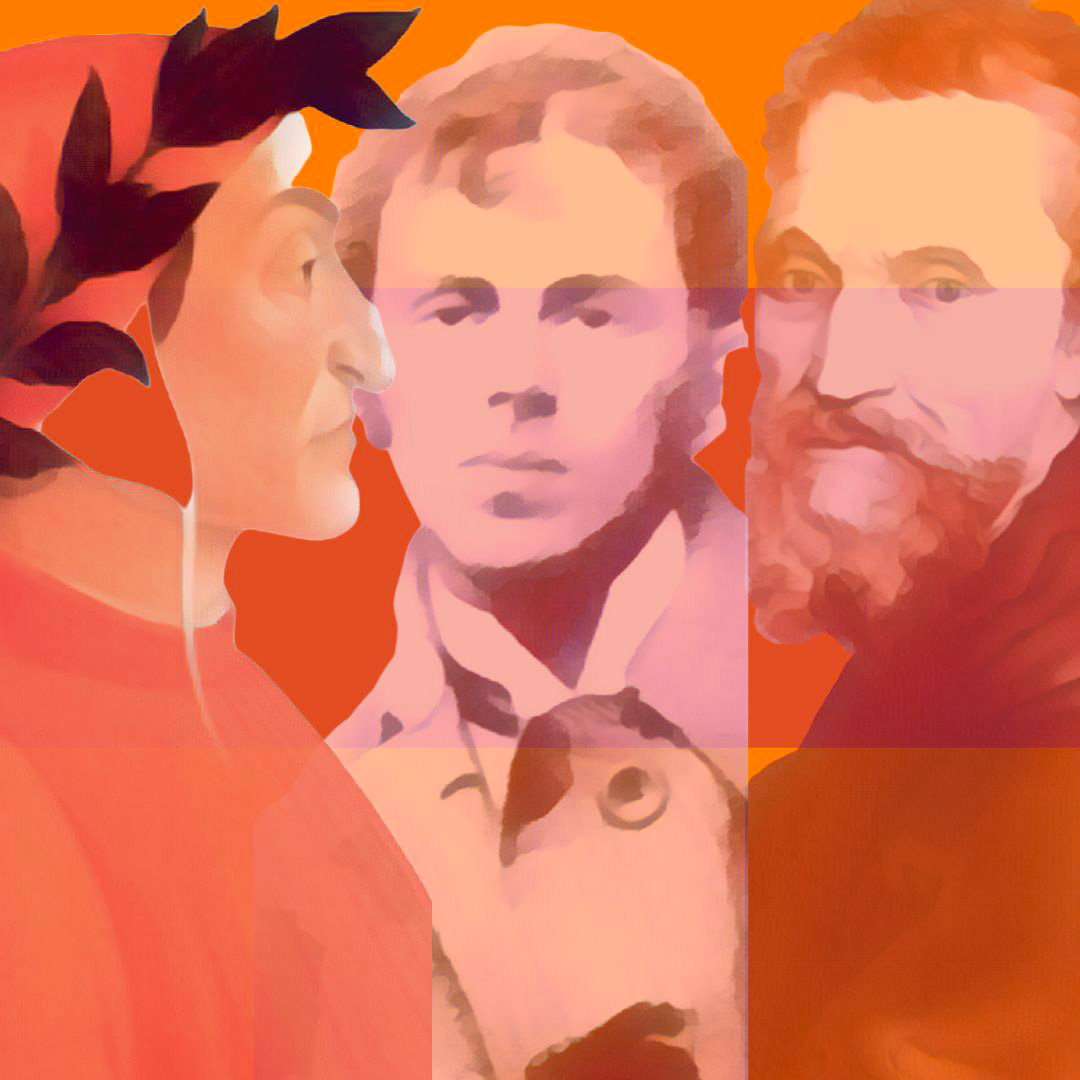