Last admission a half an hour before closing.

The ticket office closes one hour before the museum We inform visitors that due to the large turnout it is not possible to book access to the museum for the same day.

Admission up to 250 visitors at the same time and up to 120 on the first floor. The ticket office closes at 1.20pm.

It is recommended to visit the websites of each museum:

Wolfgang Laib – one of the protagonists of contemporary research in art – converses with the great masters of the past, Filippo Brunelleschi, Leon Battista Alberti, Benozzo Gozzoli and Beato Angelico, giving life, within the historic center of Florence, to one of the most extended in recent years.

His sculptures, with a minimal and abstract language made with natural materials such as beeswax and pollen, will be installed for the first time in four places of extraordinary historical and artistic value: Museo di San Marco (Polo Museale della Toscana), Cappella dei Magi (Palazzo Medici Riccardi), Cappella Rucellai (church of San Pancrazio, Museo Marino Marini) and Cappella Pazzi (Monumental Complex of Santa Croce), in a relationship based entirely on sensitivity and subtle perceptions between the visible art and the invisible spirit, which ideally links Renaissance magnificence with contemporary artistic research.

The exhibition Without Time, Without Place, Without Body, curated by Sergio Risaliti and produced by Museo Novecento, sanctions the design identity of the institution that extends its scientific and cultural action outside the spaces in Piazza Santa Maria Novella, in a conception of a widespread museum that makes it unique on the national scene. The exhibition, created in collaboration with the Metropolitan City of Florence – Palazzo Medici Riccardi, Museum of San Marco – Museum of Tuscany, Museo Marino Marini, Opera di Santa Croce, Fondo Buildings of Worship – Ministry of the Interior, will open to the public the 25 and 26 October, offering citizens and tourists the opportunity to experience the city not as a showcase or as the cradle of the Renaissance, but as a laboratory of contemporaneity, abolishing the distance between the historical past and the artistic present. 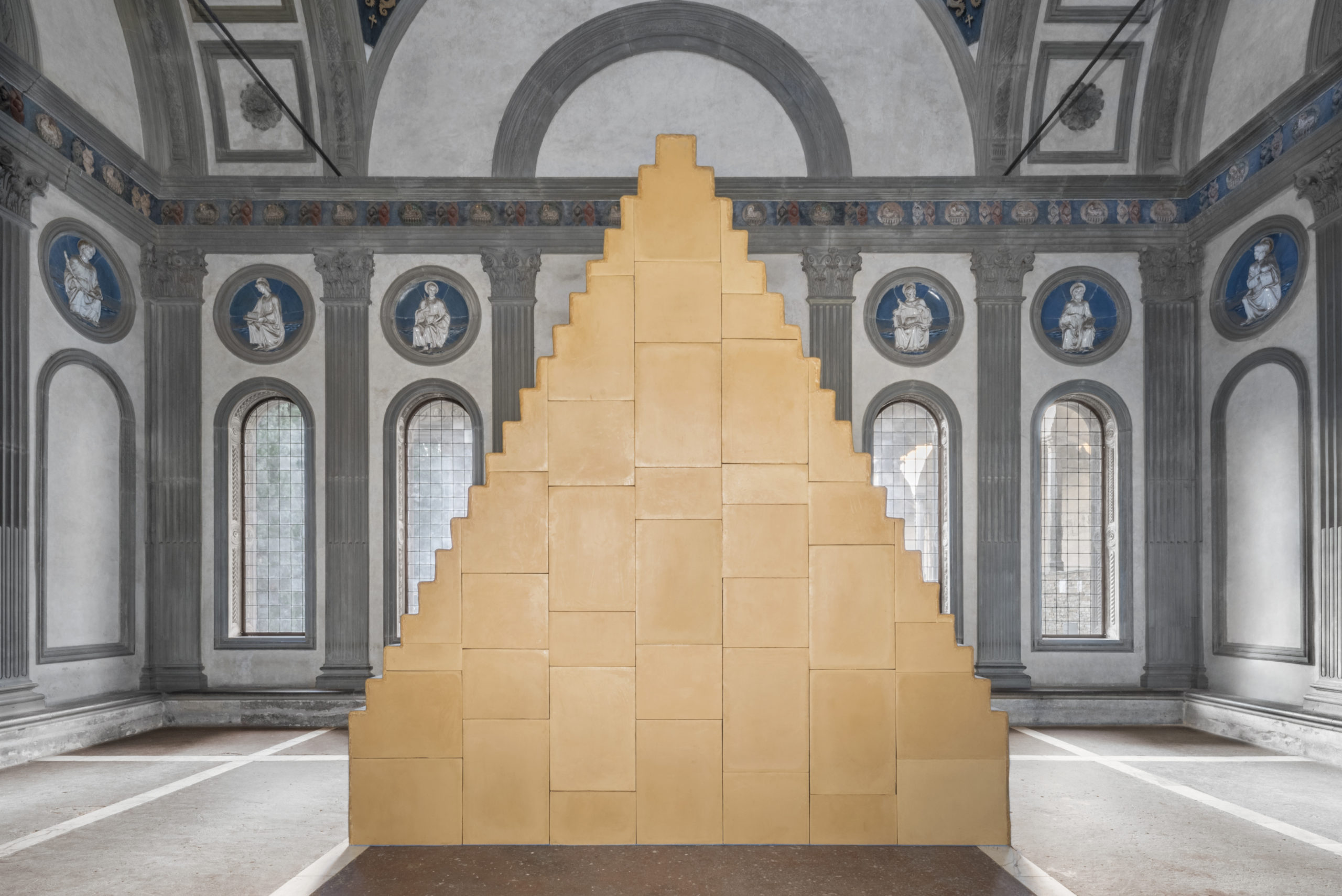 Inside the Pazzi Chapel of the Monumental Complex of Santa Croce, Laib will exhibit Without Beginning and Without End, an iconic work, a large Ziggurat made of beeswax, one of the symbolic forms used in many of his works.

The monumental construction of Laib stands in the center of the chapel commissioned by the Pazzi family from Filippo Brunelleschi in 1429-30 next to the Basilica of Santa Croce: a large pyramid made up of steps that are not practicable but which suggest an imaginary ascension upwards. The Ziggurats are part of a series of works initiated by the artist in 1995 that draw on the simplicity and linearity of oriental religious architecture, such as temples and tombs. The artist revisits some architectural archetypes in a symbolic key, such as the staircase and the pyramid. The sculpture, entirely covered with precious beeswax, suggests a total symbiosis between a work of art and nature. As in installations with pollen, the link with the natural world is essential to the existence of the work, since the artist does not create from nothing but collects and organizes the natural elements in another form, rich in beneficial and soothing properties for the body. and the spirit. In his sculptures Laib reduces form to essentiality, this simplification process is the first step towards a total knowledge that passes through observation of what surrounds us and meditation, between visible and invisible. With this project, the Opera of Santa Croce, aware of its deeply rooted identity over time, has decided to start a new path of confrontation with contemporary languages ​​that allows its historical spaces to be experienced in the present, participating in the construction of its future.
The monumental complex of Santa Croce is a heritage of the Fondo Buildings of Worship – Ministry of the Interior and the Municipality of Florence. 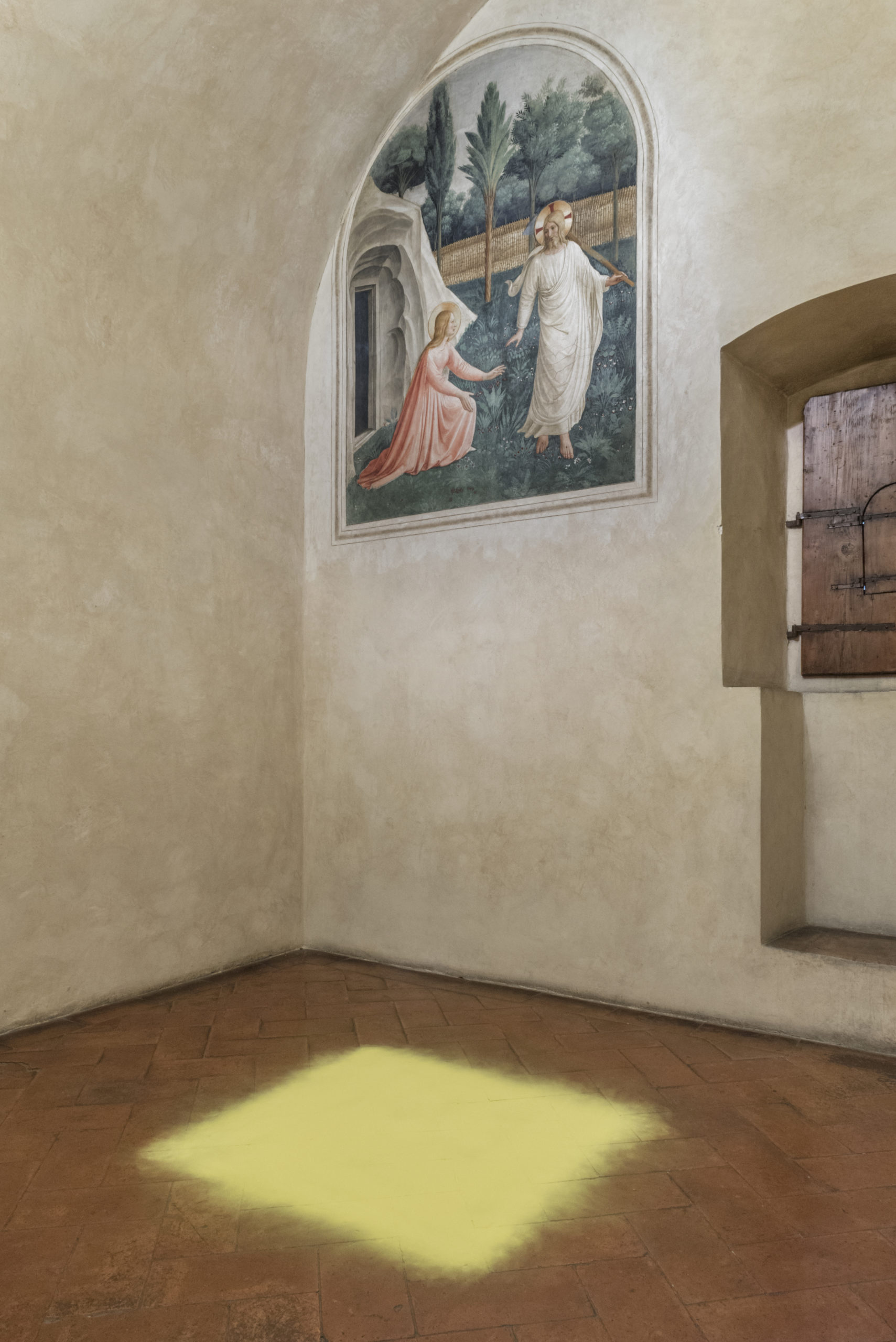 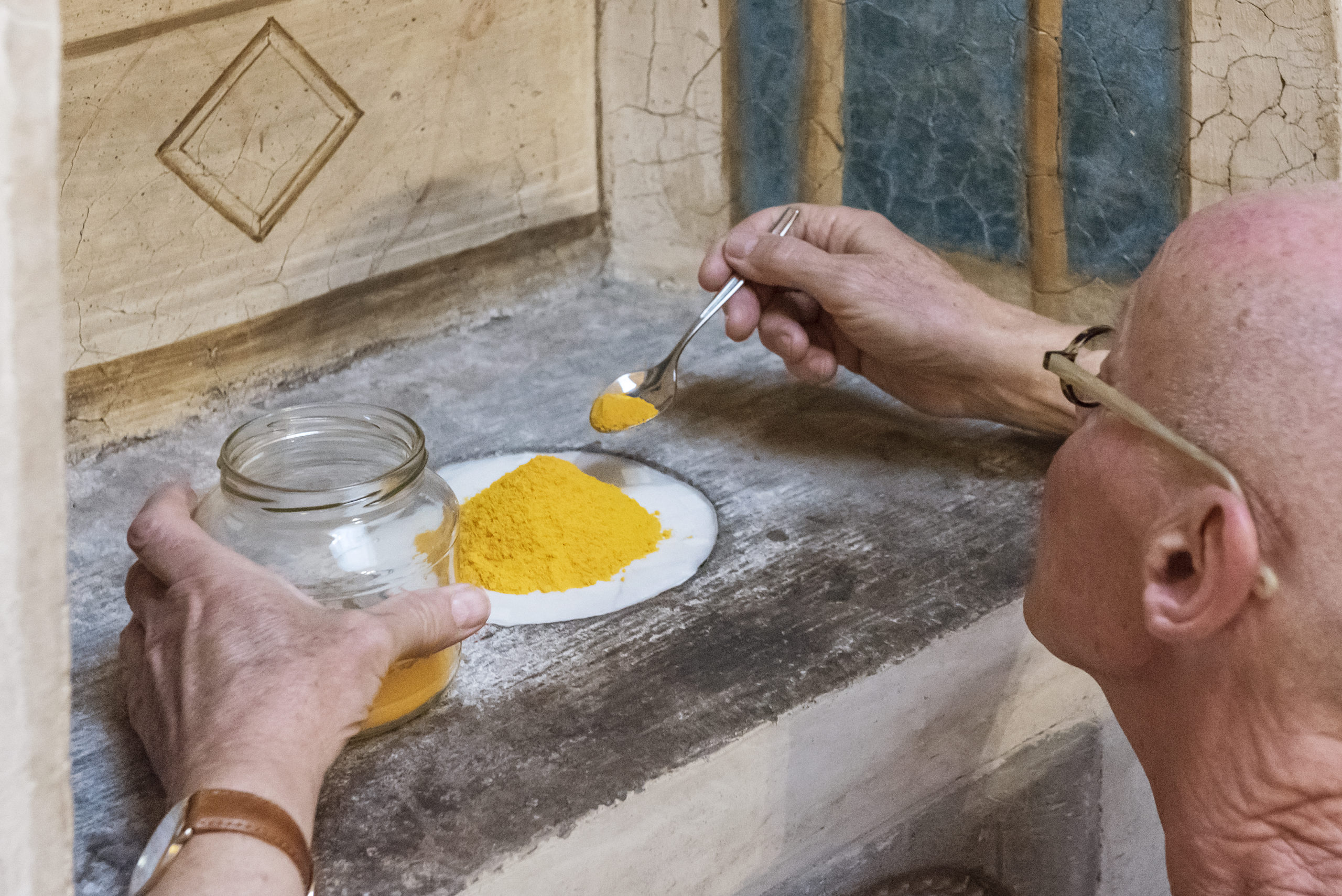 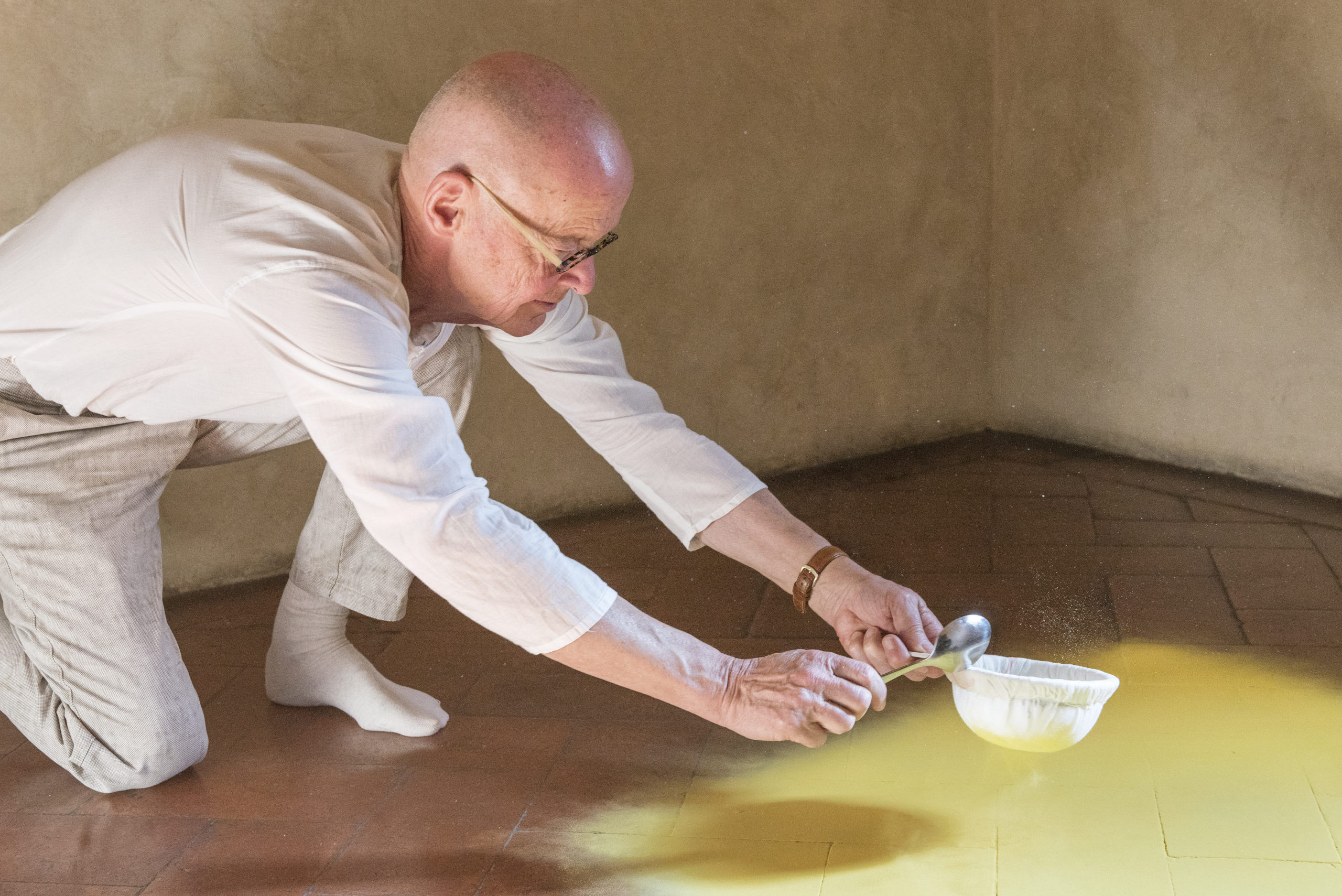 The Museum of San Marco, on the other hand, has exceptionally agreed to exhibit two works made in pollen for three days inside the cell frescoed by Fra Angelico with the image of Noli me tangere and that universally known as the cell of Cosimo the Elder. An exceptional event in the event, it will be the first time that a living artist will be able to install their creations, even if only for a very short period, in a place of such high artistic, cultural and spiritual value.

For the first time in the history of the place, a contemporary artist crosses the threshold of the cells of the convent, the heart of the San Marco Museum, and enters into dialogue with the paintings by Beato Angelico painted between 1436 and 1446. Laib intervenes at the inside the cell with the fresco by Noli me Tangere and that of Cosimo the Elder frescoed with the Adoration of the Magi, entering the sacredness of the place with all the delicacy, evanescence and material fragility of his works. The pollen, sieved on the ground or grouped to form a mountain, has an intense yellow color that recalls the quintessence of spiritual purity, that of the light color that also characterizes the paintings of the Renaissance artist. The work of art is charged with a symbolic meaning that leads it to exist beyond spatial and temporal coordinates: Without Time, Without Place, Without Body, as the title of the exhibition suggests. Rarely does one witness such a profound encounter between an artist of today and that of yesterday. The language of the spirit and that of art merge and recognize each other as similar, overcoming any difference and distance between historical eras and religious worship. The Museum of San Marco on the 150th anniversary of its foundation has exceptionally agreed to exhibit, for three days, two works made in pollen inside the cell frescoed by Beato Angelico with the image of Noli me tangere and that universally known as the cell of Cosimo the Elder. 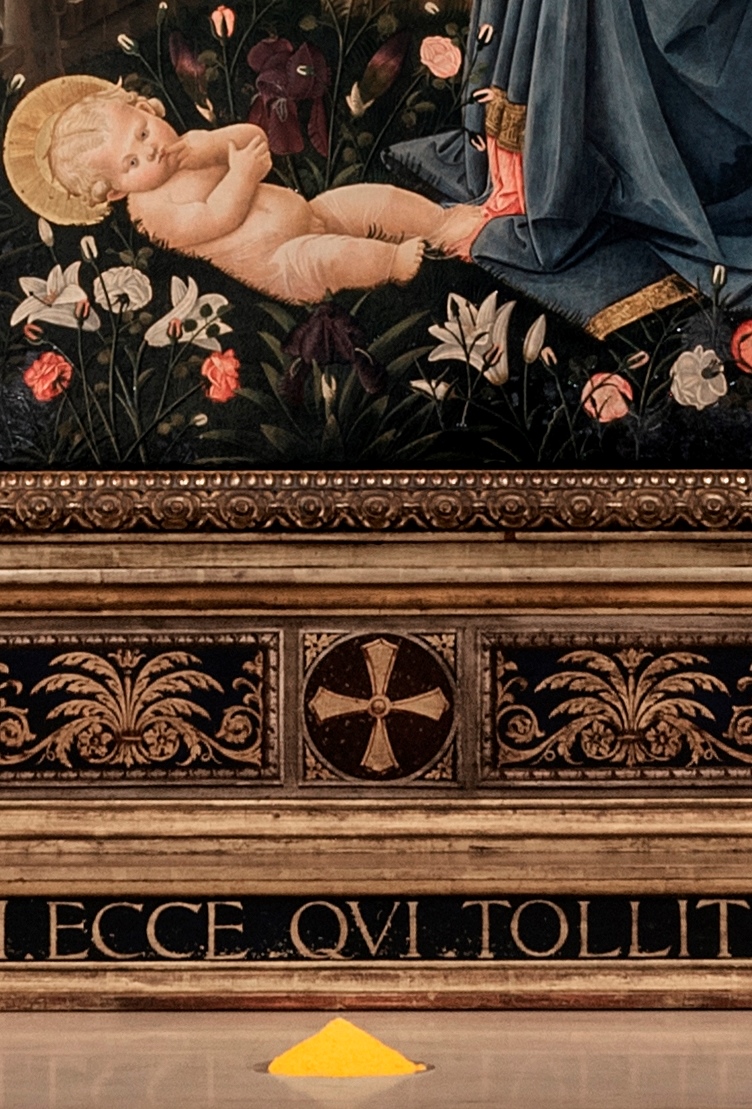 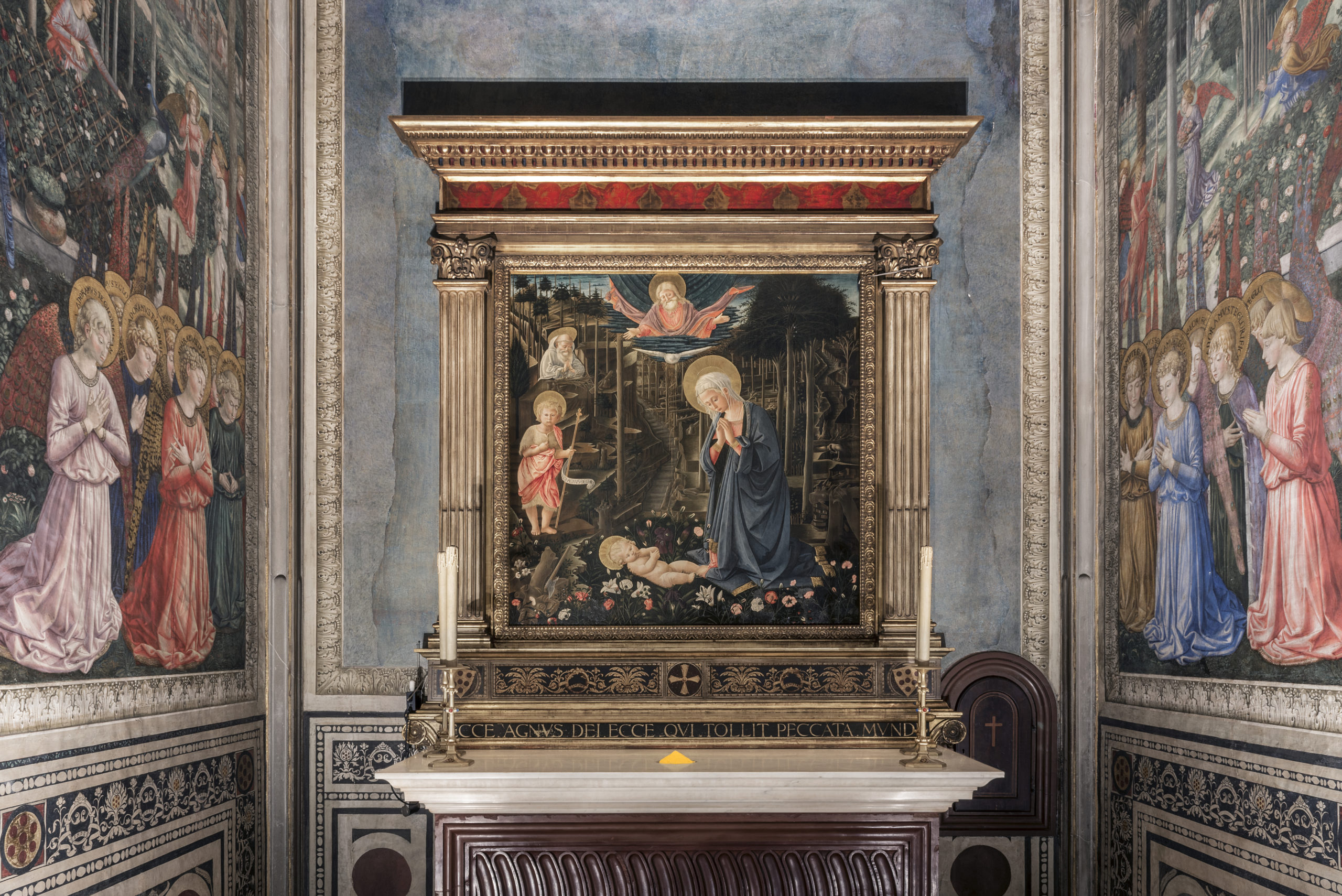 The Magi Chapel of Palazzo Medici Riccardi will host Pollen from Hazelnut, a work made of pollen positioned inside the scarsella above the altar.

Inside the Magi Chapel, Laib exhibits a work made of pollen positioned inside the pouch above the altar. In line with his research and in dialogue with the installations housed within the Convent of San Marco, the work proposes a minimalist language resulting from a practice that proceeds by subtraction and simplification, but which is enriched with numerous symbolic references. “A small mountain of pollen appears surrounded by one of the most incredible works in the history of European art – which“, says Laib “is also a representation of Power on horseback – and potentially represents the origin of the plant world, the initiation to life“. In its density and concentration of meanings, the installation dialogues with a place dedicated to retreat, prayer and meditation, in which, however, the power and opulence of a lineage at the center of the history of Florence, of the Church, are exalted. of the whole world. Beyond the magnificence of the clothes and colors of the procession, the work seems to dialogue with the little son of Mary humbly lying on a flowery meadow, the true king of the world. 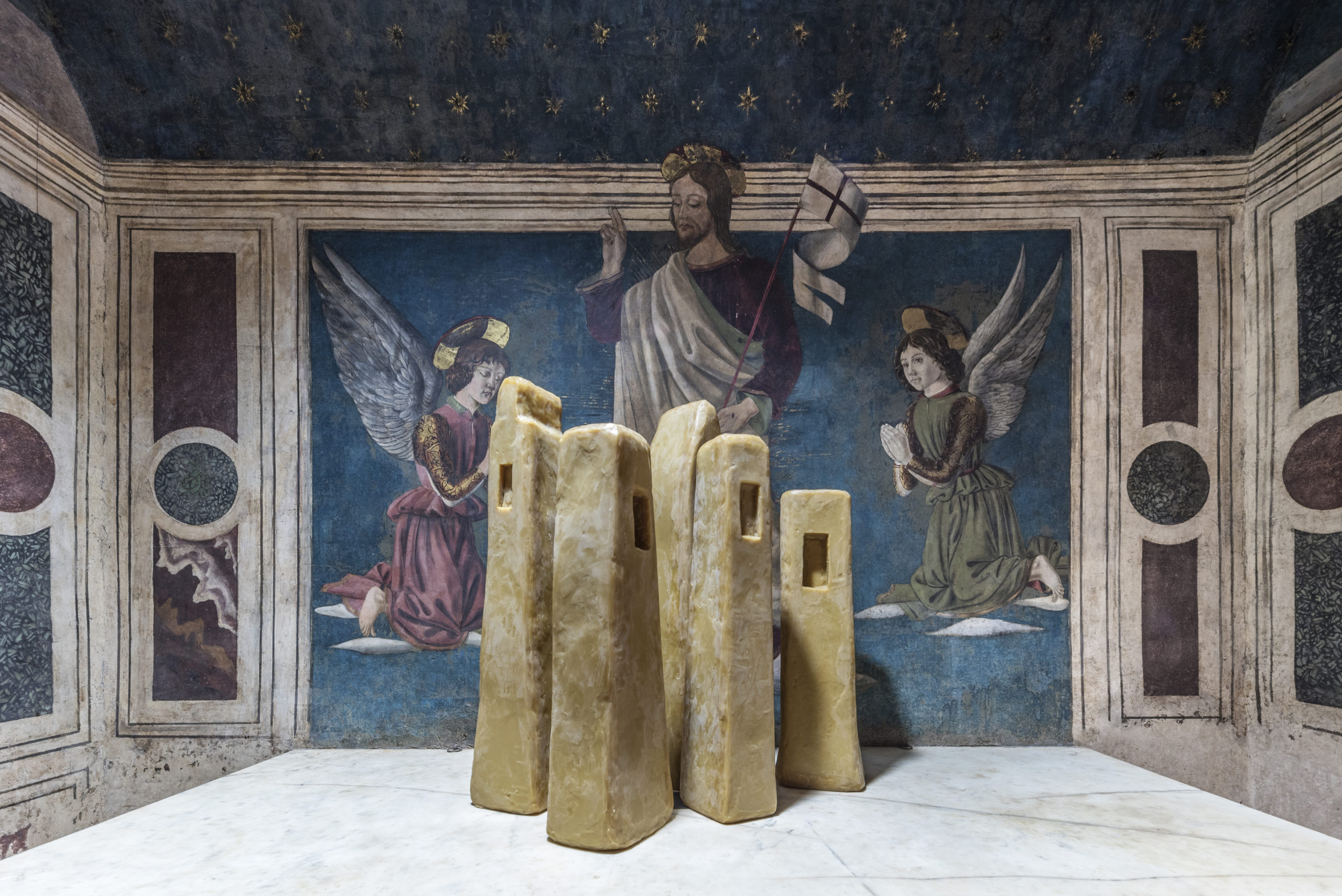 The chapels of the Sacello Rucellai (church of San Pancrazio, Marino Marini Museum) will host Towers, an unpublished work made of beeswax.

Inside the Rucellai Chapel – born in the second half of the fifteenth century inside the church of San Pancrazio (current seat of the Marino Marini Museum) which sees inside the chapel of the Holy Sepulcher, a jewel of Leon Battista Alberti’s architecture – Wolfgang Laib presents an unpublished work composed of a group of towers made of beeswax positioned on the marble altar. As in the Ziggurats, the artist uses simple geometric shapes, synthetic and essential, which with various heights refer to an ideal ascension upwards. The dialogue between the small sculptures and the architecture that houses them seems to be all played on an idea of ​​transcendence, of transition from an earthly condition to a more spiritual one. If the Renaissance sarcophagus repairs and isolates the body beyond life, Laib seems to have resorted to the use of beeswax, not only for the extreme ductility and intrinsic brightness of the material, but also for its soothing and protective properties, known all over the world. man since ancient times. 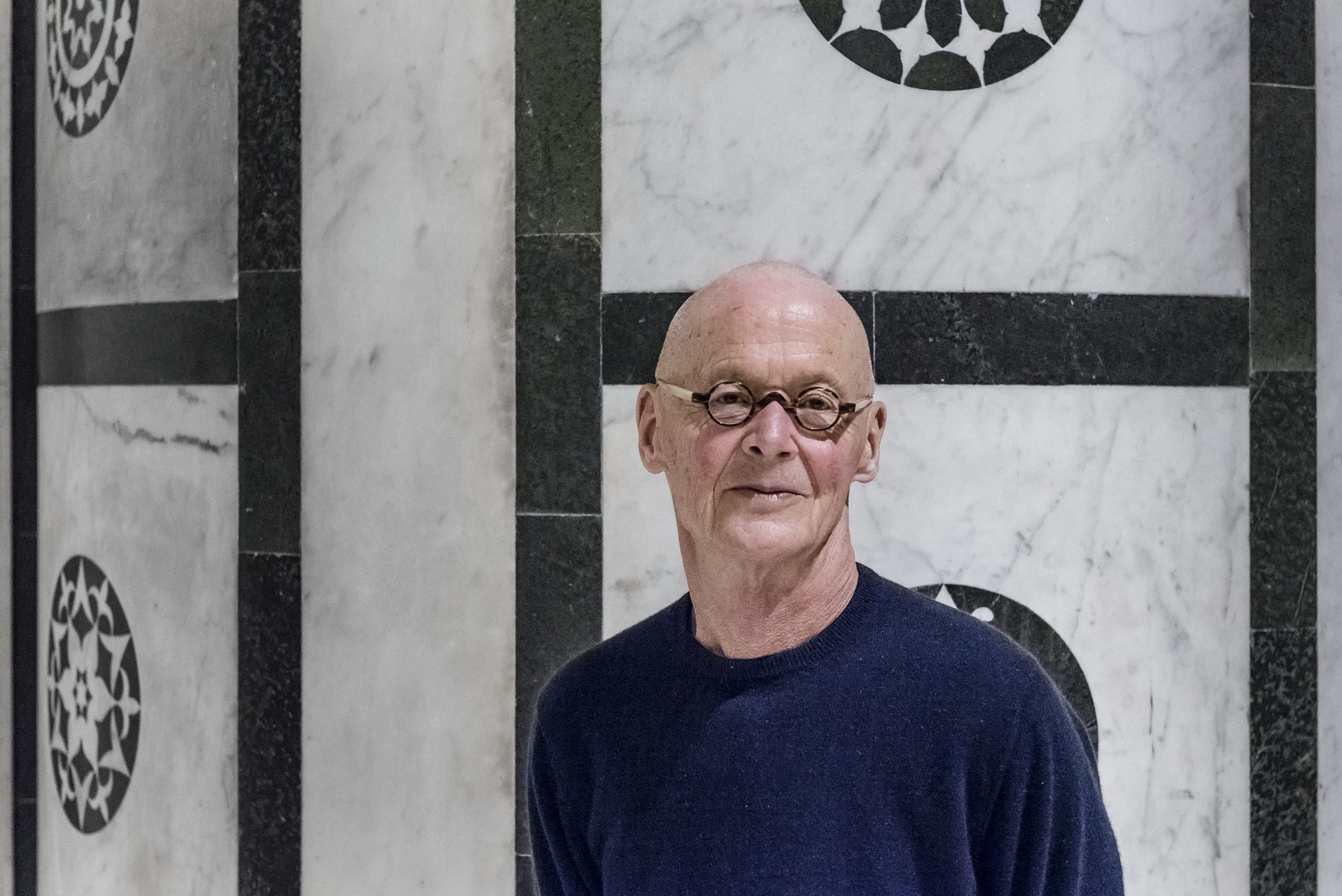 The project conceived by Wolfgang Laib for Florence involves spaces of extraordinary historical and artistic value in a dialogue that combines the art, architecture, history, economy and spirituality of the city. The artist thus confirms himself as a great artist of our time, capable of linking spirituality and art, anthropology and theology through centuries of history.

He was born in Metzingen in southern Germany in 1950. He approaches art after studying medicine and in 1975 he created his first Milkstone, a slab of white marble covered with milk. In 1977 he begins to collect pollen in the fields around his residence, starting a “practice” that will become a cornerstone of his artistic production. In the following years, between 1978 and 1981, he presented his famous pollen squares in various solo exhibitions in Germany, Italy, Switzerland and the United States. In 1982 he participated in Documenta 7 curated by Rudi Fuchs and in the Venice Biennale. Following a long journey he made in India in those years, he included rice in his works by creating The Rice Meals for the Nine Planets and, later, the first Rice Houses. His exhibitions have taken place in museums, exhibitions and art institutions all over the world including: the ARC in Paris, the CAPC Musée d’Art Contemporain in Bordeaux, the Sidney Biennale, the Toyota Municipal Museum, the National Museum of Modern Art in Tokyo, the National Museum of Contemporary Art in Seoul, the Fondation Beyeler in Basel, the Macro in Rome, the Sant’Apollinare in Classe complex in Ravenna, the Kunstmuseum in Bonn, the Reina Sofia in Madrid, the Musée de Grenoble , the MoMA in New York and the Center Pompidou in Paris.

The works in the Monumental Complex of Santa Croce in Palazzo Medici Riccardi and in San Pancrazio (Marino Marini Museum) will remain visible until January 26, while the two installations, exceptionally housed in two cells of the San Marco Museum, can only be admired on days of 25, 26 and 27 October. 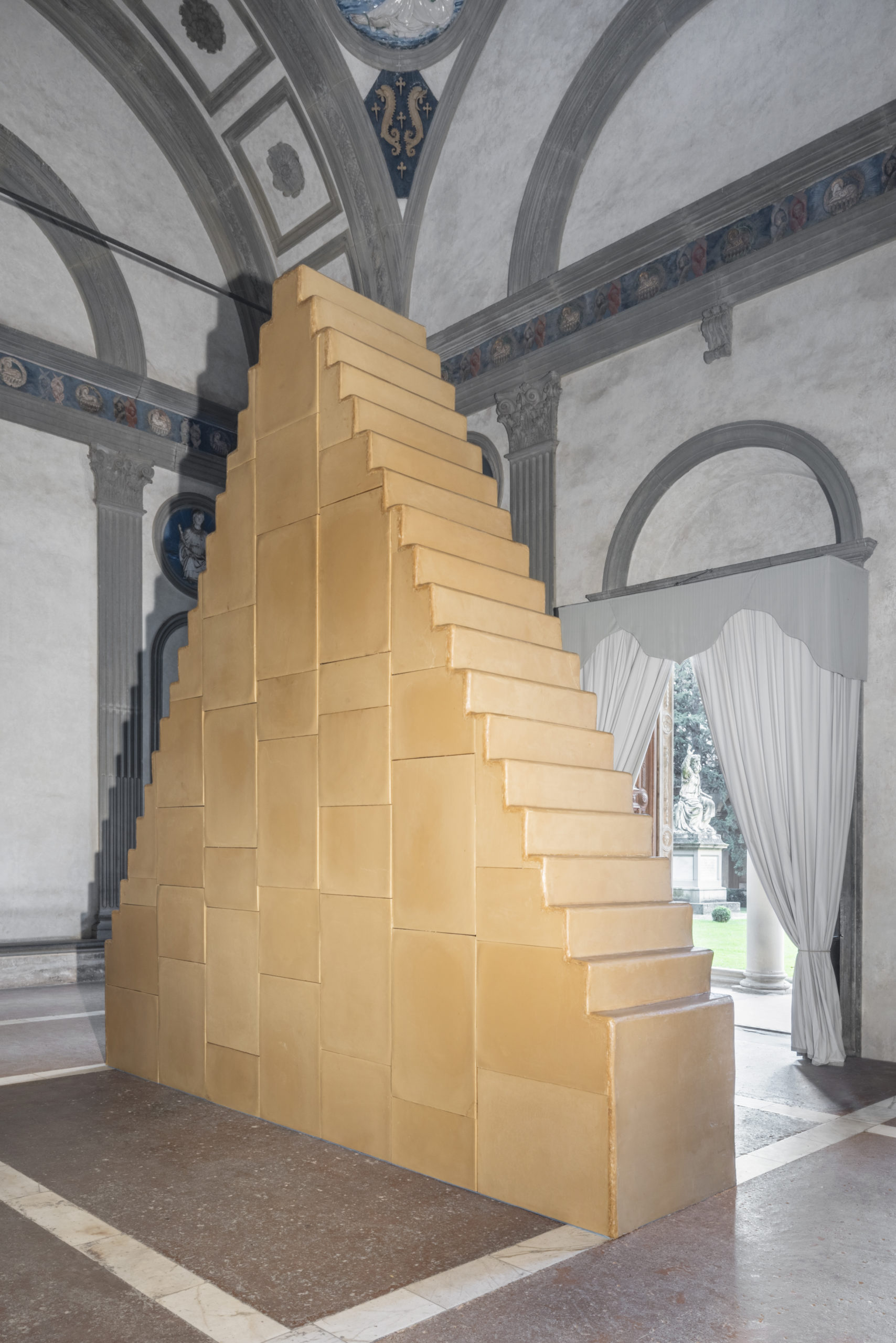 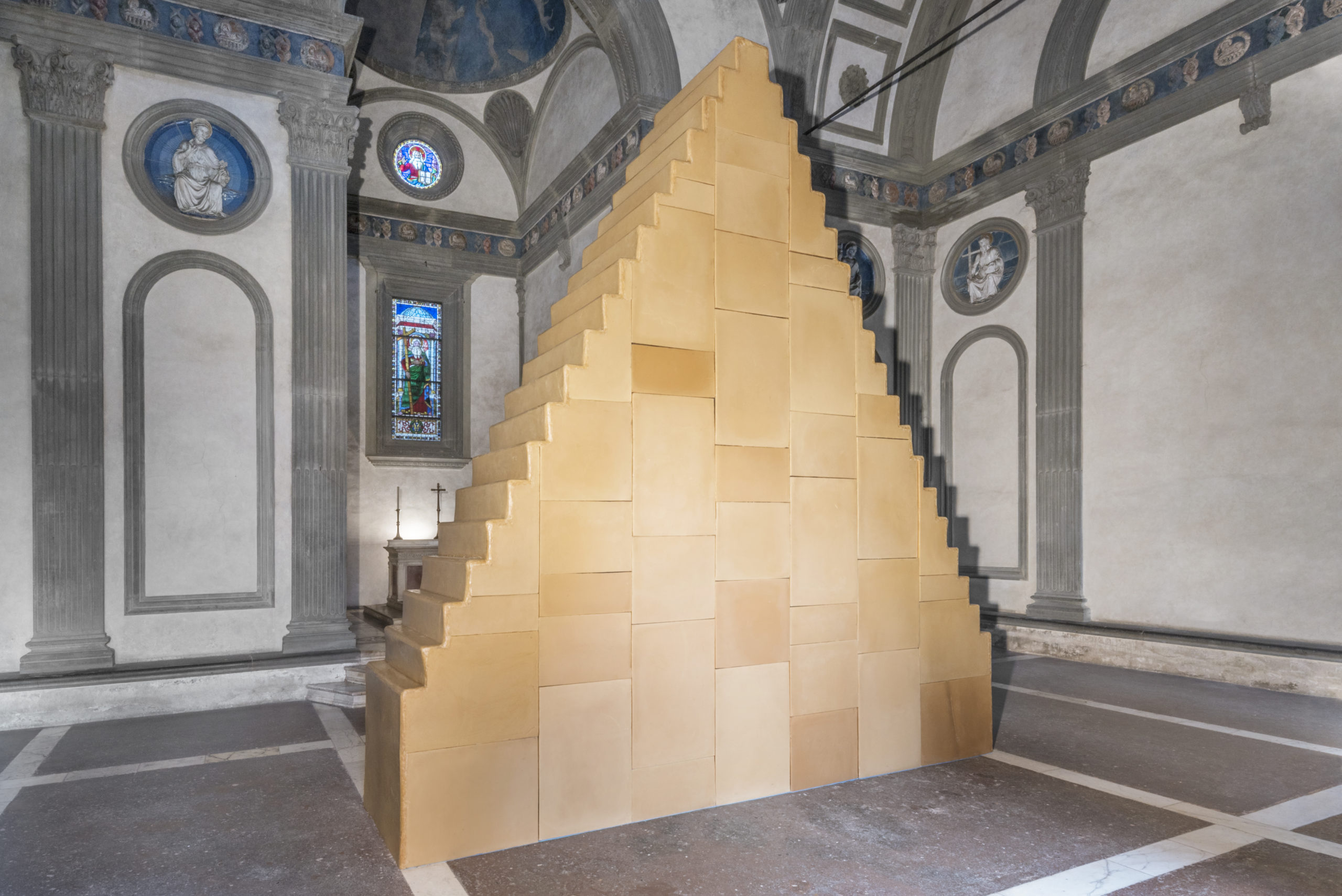 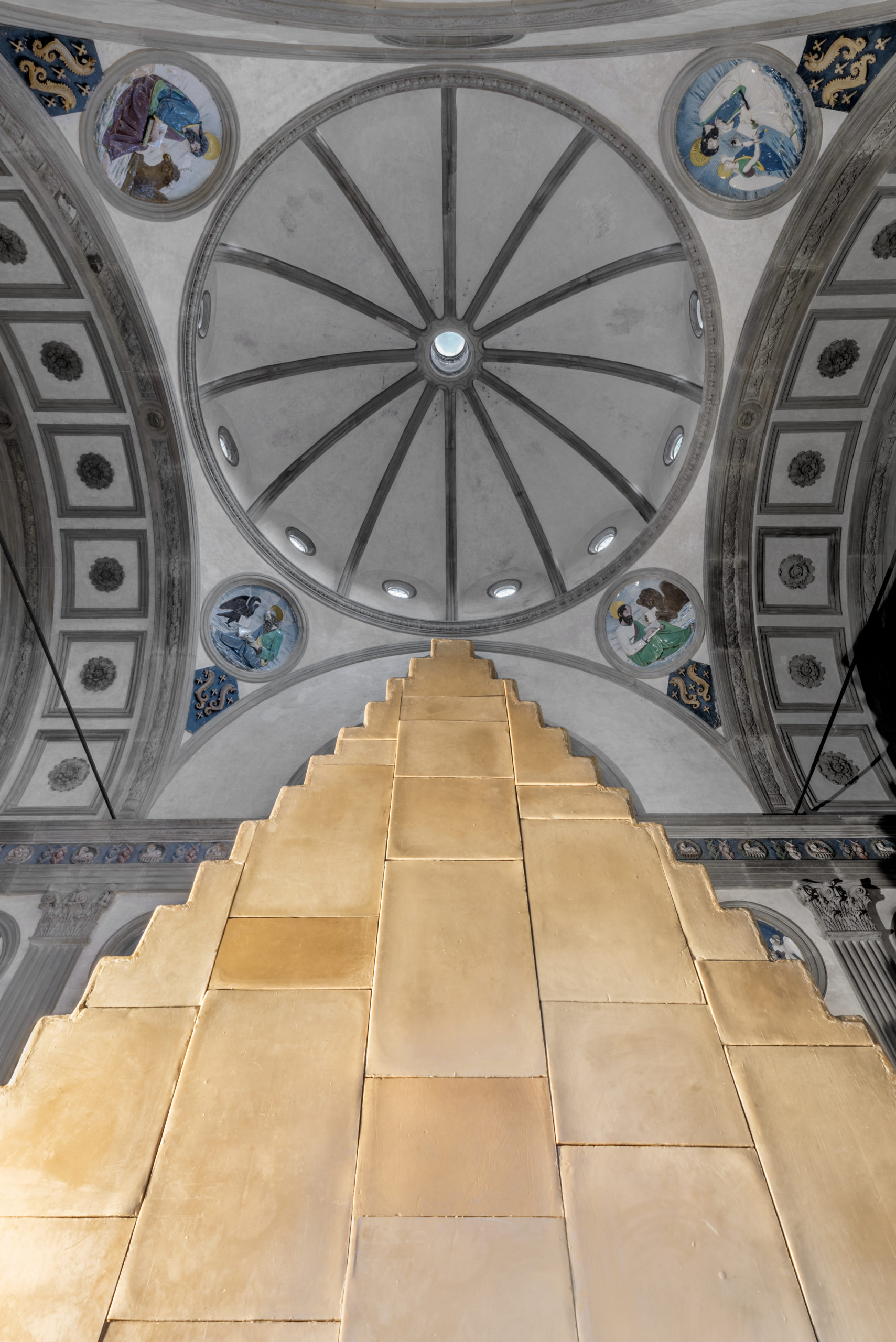 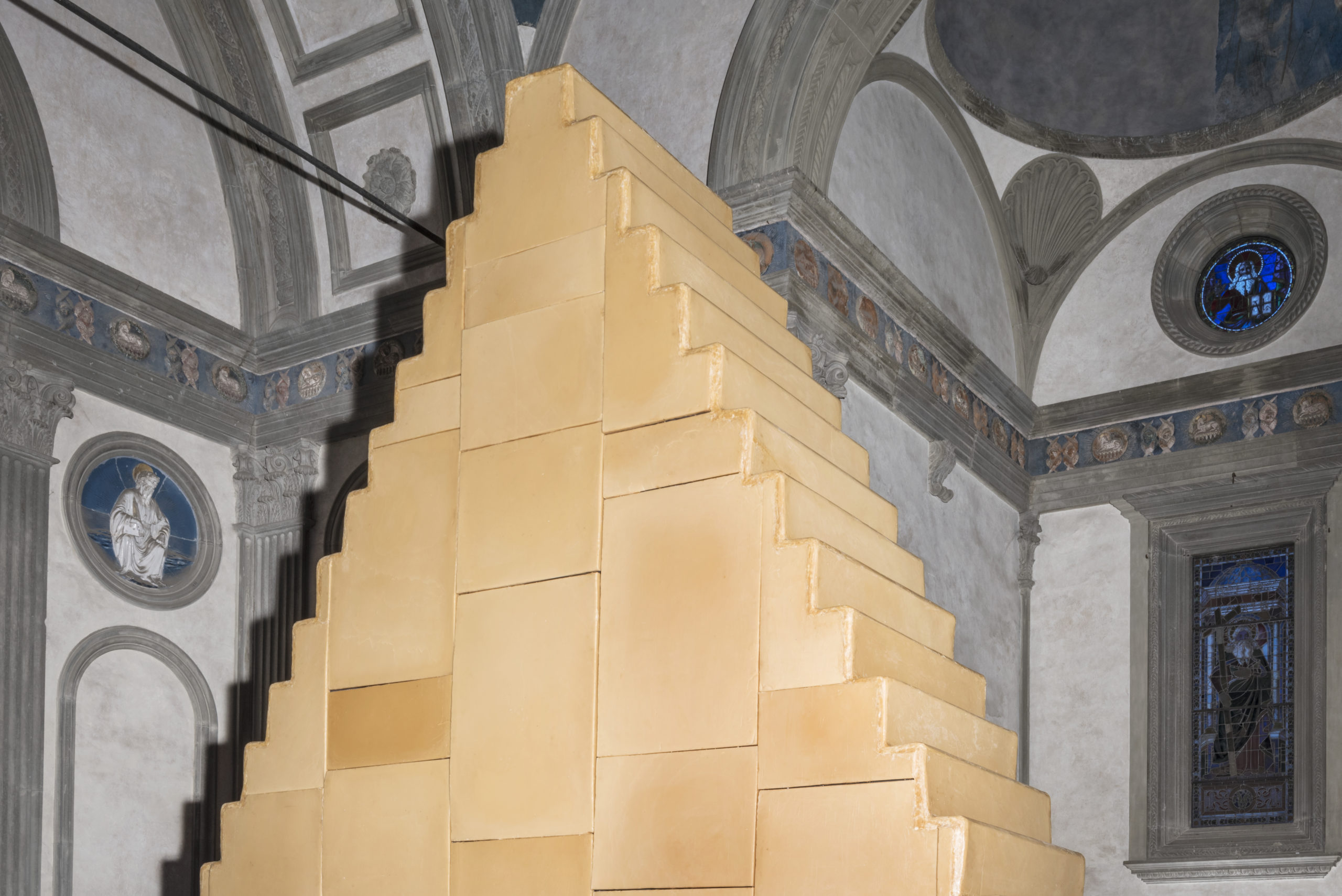 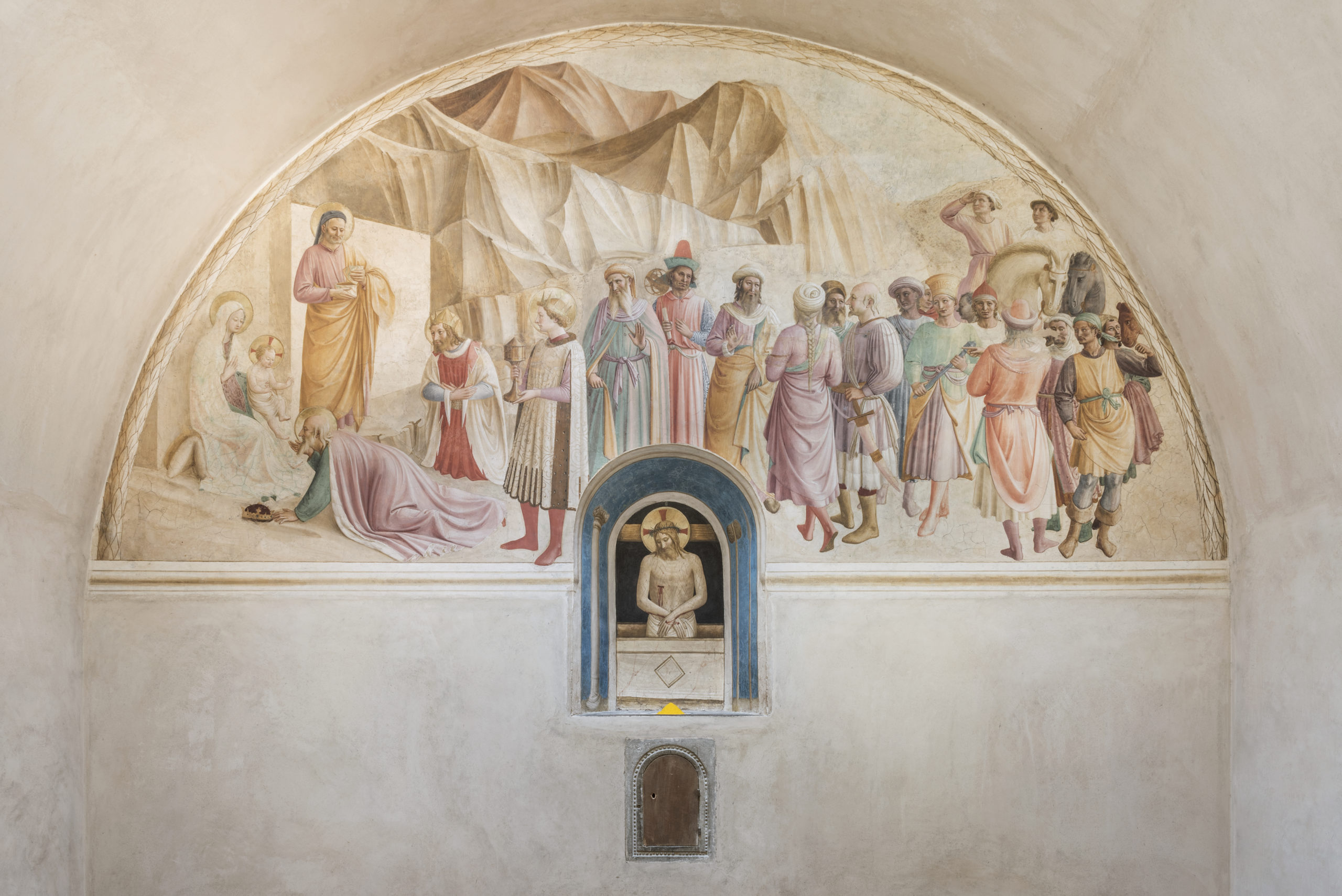 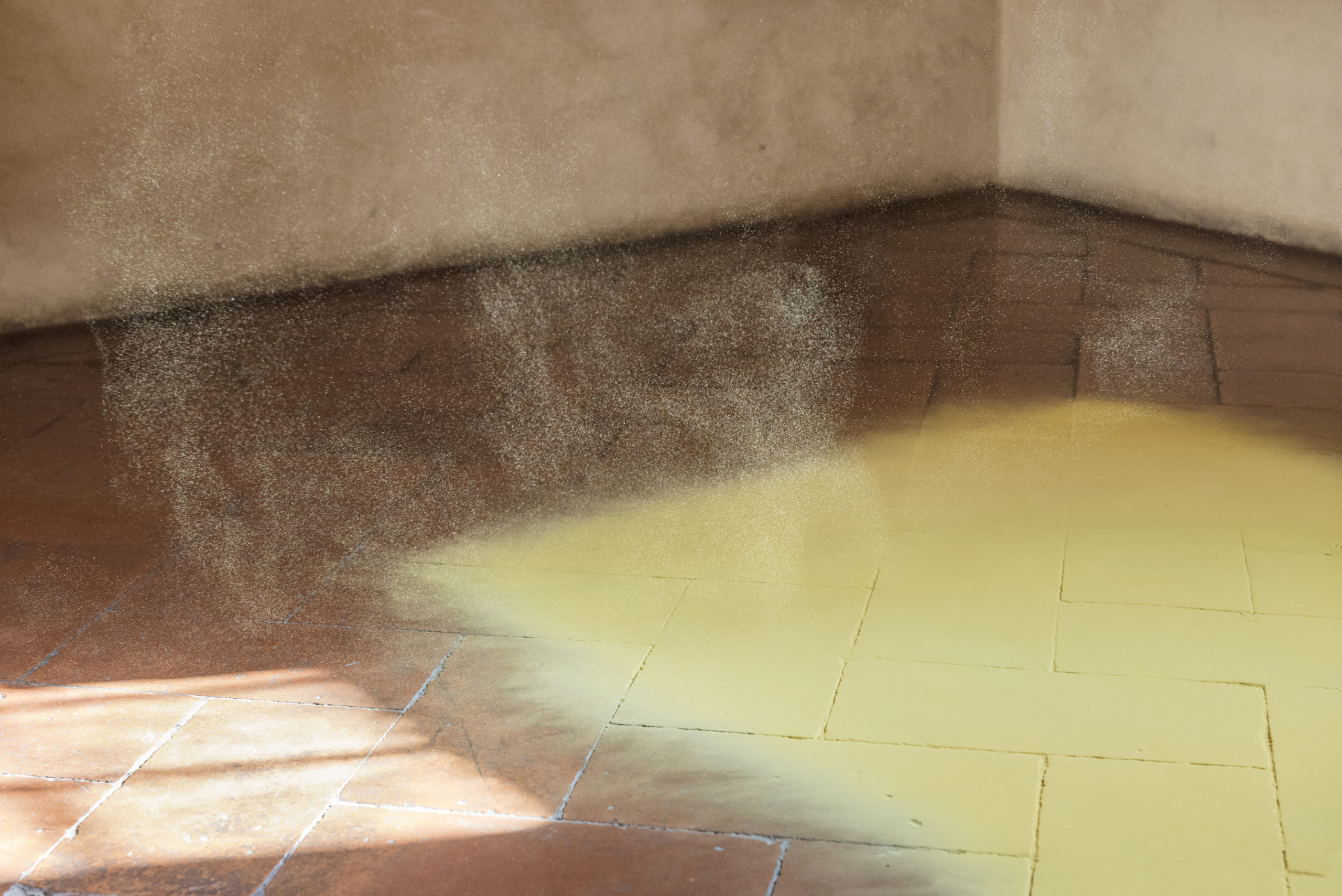 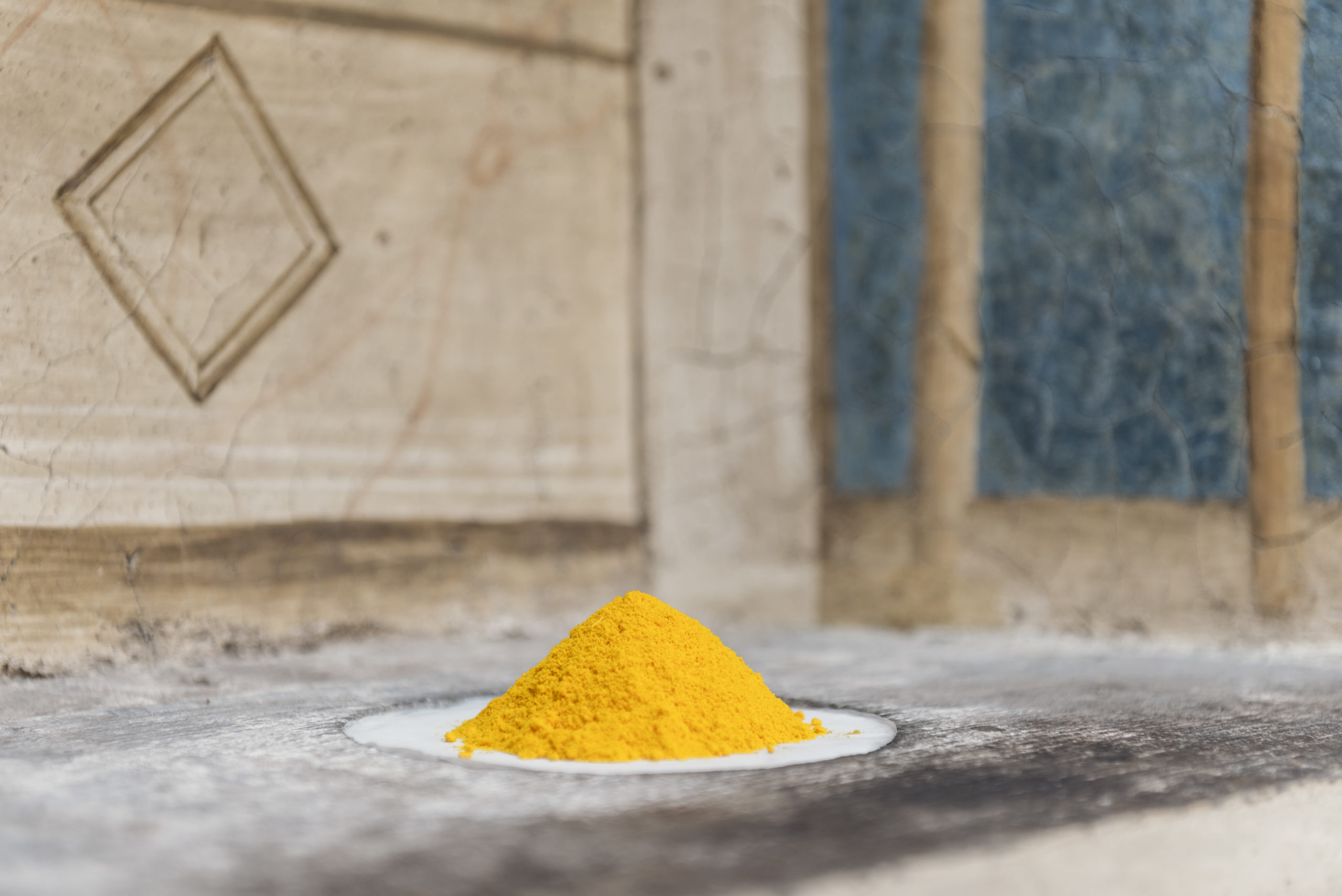 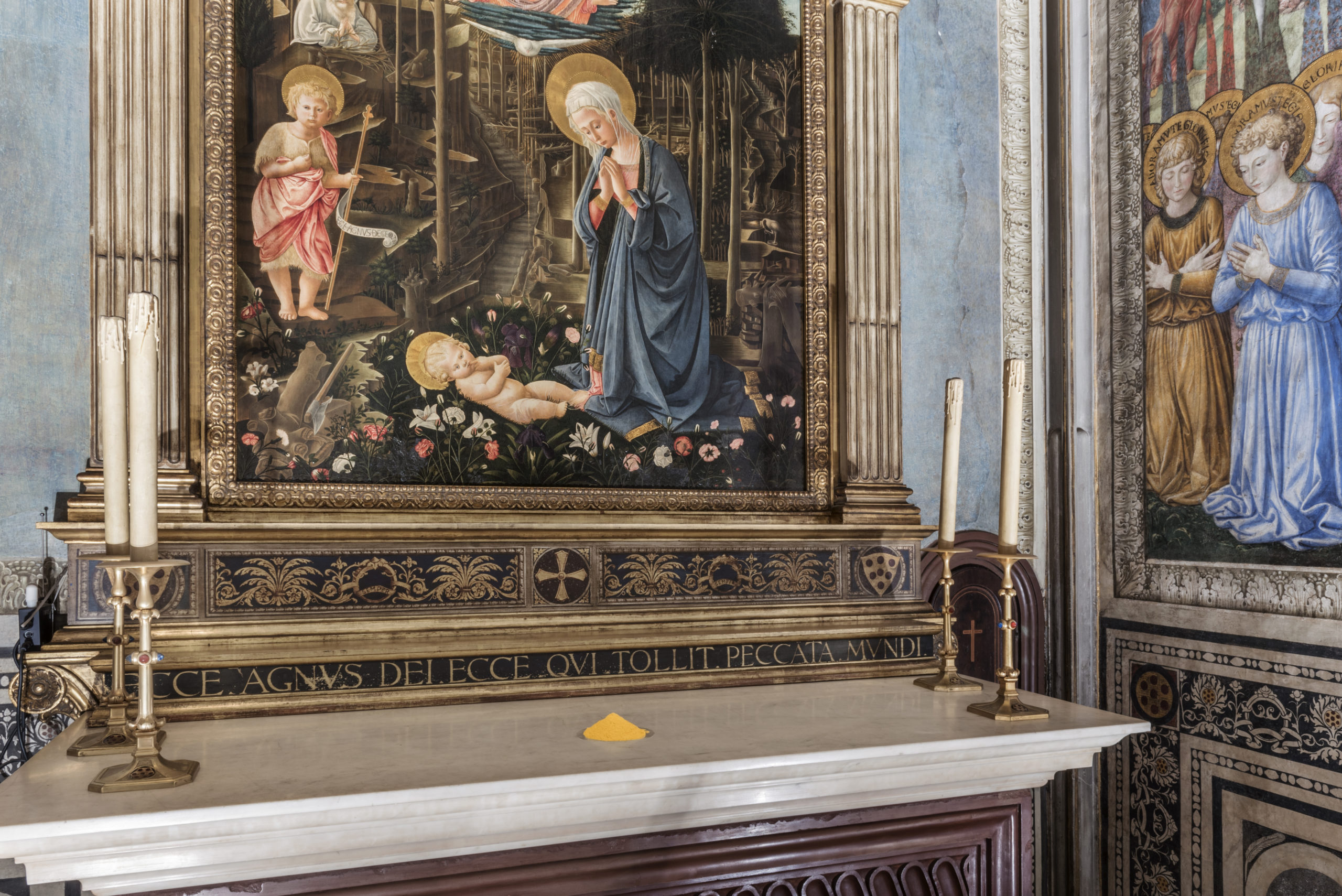 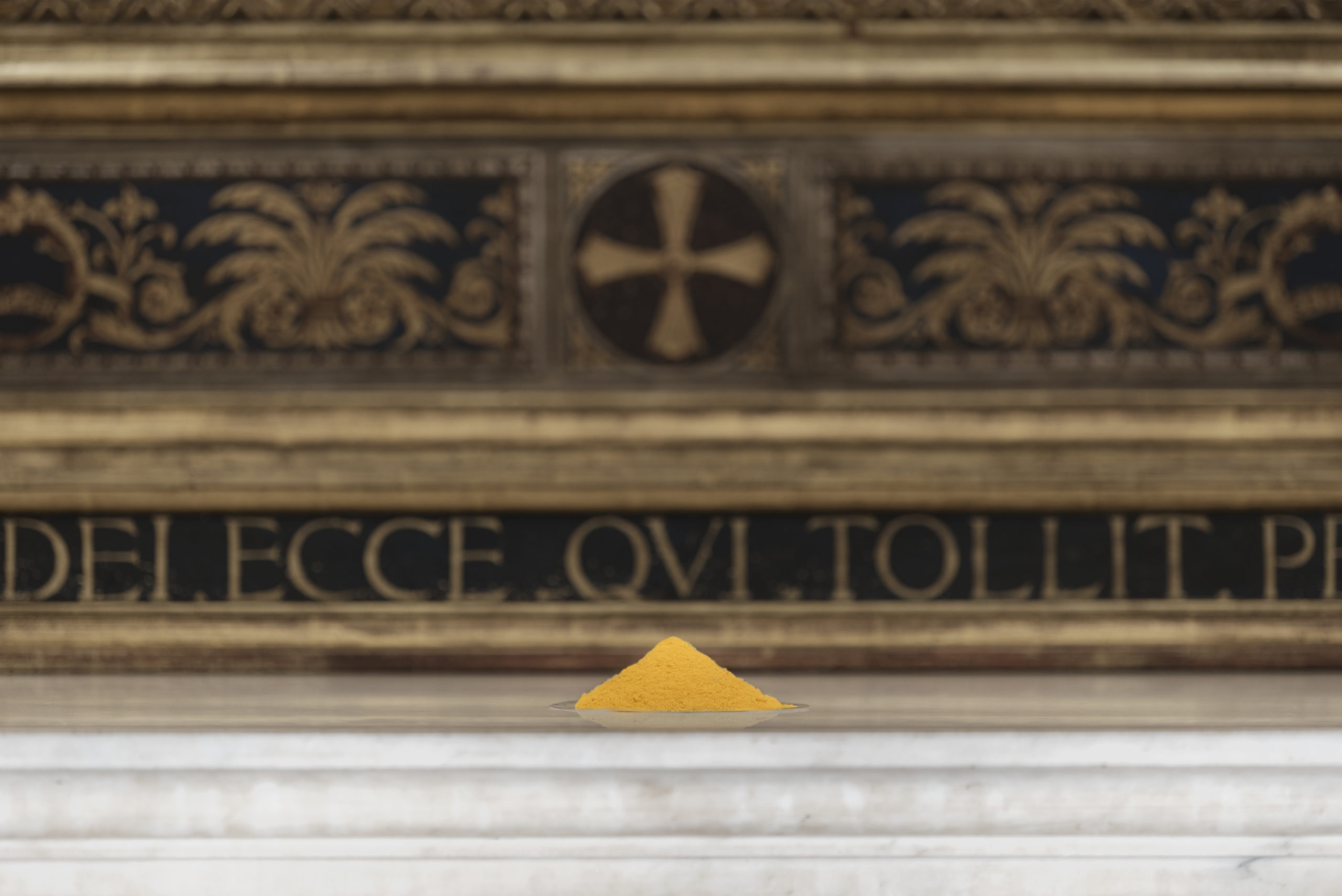 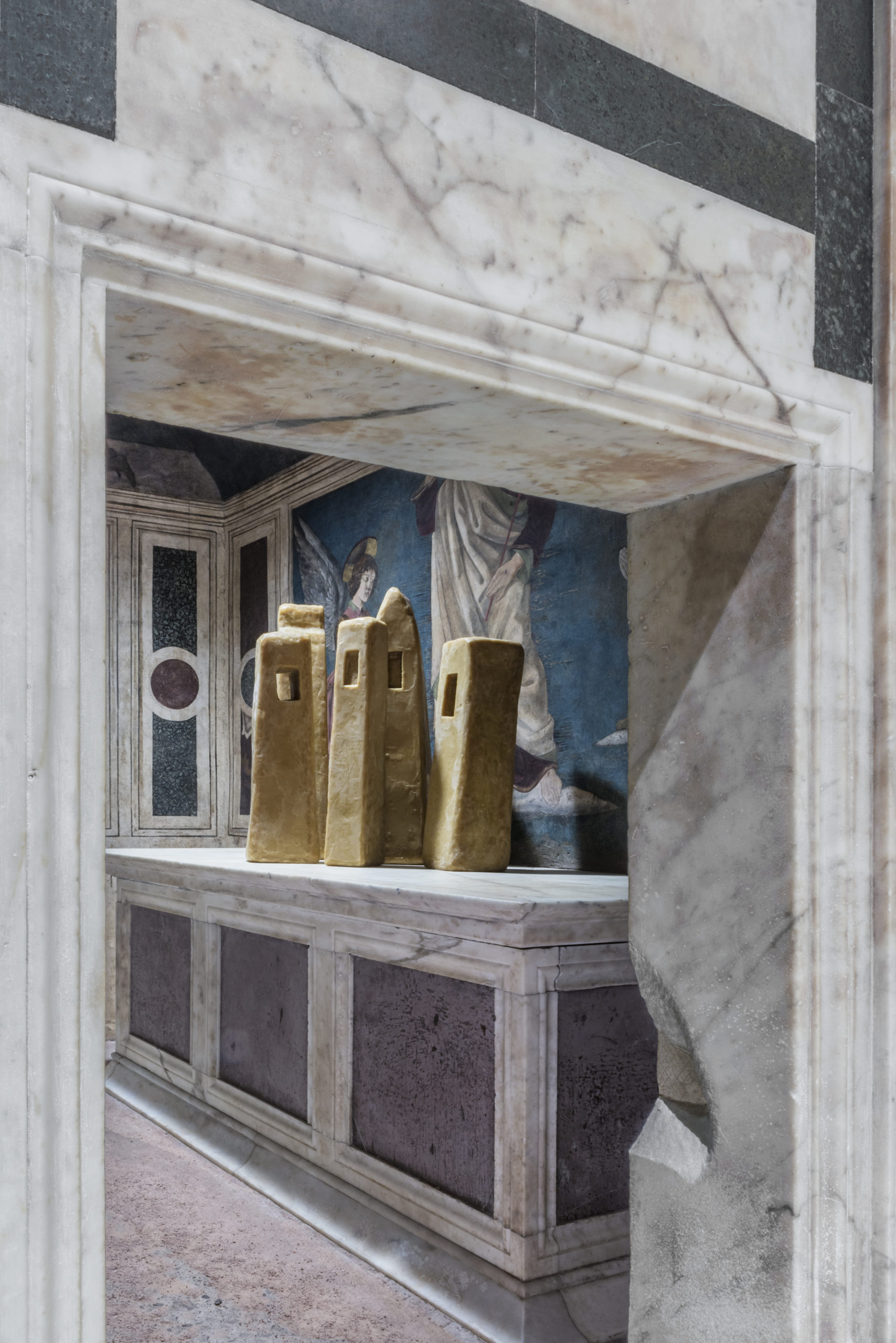