Forte di Belvedere is closed during the winter. Last admission one hour before closing. Partially accessible to people with mobility impairments.

The season of exhibitions at the Forte Belvedere starts again with a program entirely dedicated to artists who have distinguished themselves in the field of photography and video, with archive materials and new productions.

On Thursday 23 June 2022 the Forte Belvedere will be closed to the public for the whole day to allow the carrying out of all the preparatory activities for the institutional event concerning the ceremony for the awarding of the Fiorino d’Oro of the City of Florence.

Starting from June 18 and until October 2, 2022, Forte Belvedere hosts the exhibitions Play It Again, the personal exhibition of Rä di Martino, a project of the Museo Novecento curated by Sergio Risaliti, and FOTOGRAFE! curated by Emanuela Sesti and Walter Guadagnini, presented and promoted by the Alinari Foundation for Photography and the CR Firenze Foundation, in collaboration with the Municipality of Florence. The latter, developed on two locations, between the building of Forte Belvedere and Villa Bardini, has as its absolute protagonists the photographers of yesterday and today, in a single itinerary, rich and evocative, which sees original works from the Alinari Archives alongside productions contemporary.

Artist among the most appreciated nationally and internationally, Rä di Martino is the main protagonist of the summer exhibition at Forte Belvedere. Play It Again inaugurates a new scientific path of the Forte Belvedere under the curatorial direction of the Museo Novecento which continues in its delocalization of the proposals outside the headquarters in Piazza Santa Maria Novella.
A choice in line with the scientific planning undertaken in recent years by the Museo Novecento which has always accompanied the exhibitions dedicated to the great artists of the 20th century to the discovery and enhancement of young artists and artists of our time, encouraging contemporary productions and paying particular attention towards the languages ​​of photography and video installation.

The works of Rä di Martino are inhabited by pop culture characters who seem to re-emerge from corners of our memory that we thought were buried. They reappear, almost randomly, in the form of caricatures of their stresses in the balance between the grotesque and the pitiful, giving life to this sort of archeology of the memory of mass culture. These characters, almost “heroes” of our childhood, are catapulted into timeless settings or settings without history or even in totally different contexts, the result of an ironic cinematic quotation. This is how the disturbing, or rather, destabilizing element comes into play, which after an initial attraction disorientates the user. The cinematic and Hollywood quotes are not limited to the sets or settings, but also translate into the shooting or lighting techniques used. Hollywood is a continuous source of inspiration for the artist, for the consumerist vision of the great cinema productions that infect the society that uses it, recalling the ideas of Andy Warhol’s pop art. Always influenced by the filmic device, the art of Rä di Martino seems to translate more refined elements derived from the cinematic environment into a sort of kitsch, such as the original soundtracks, without however ever falling into real bad taste. , but rather changing it into something sophisticated and conceptual. Music is another fundamental point of Rä di Martino’s art, which manages to disorient the observer. The alienating effect is one of the distinctive traits of the Italian artist’s work, also obtained with an improper and imperfect use of special effects. It is an art that deceives and enchants that of Rä di Martino, letting us lose ourselves in the maze of our fragmentary memory, approaching some references and then sidetracking us through others. 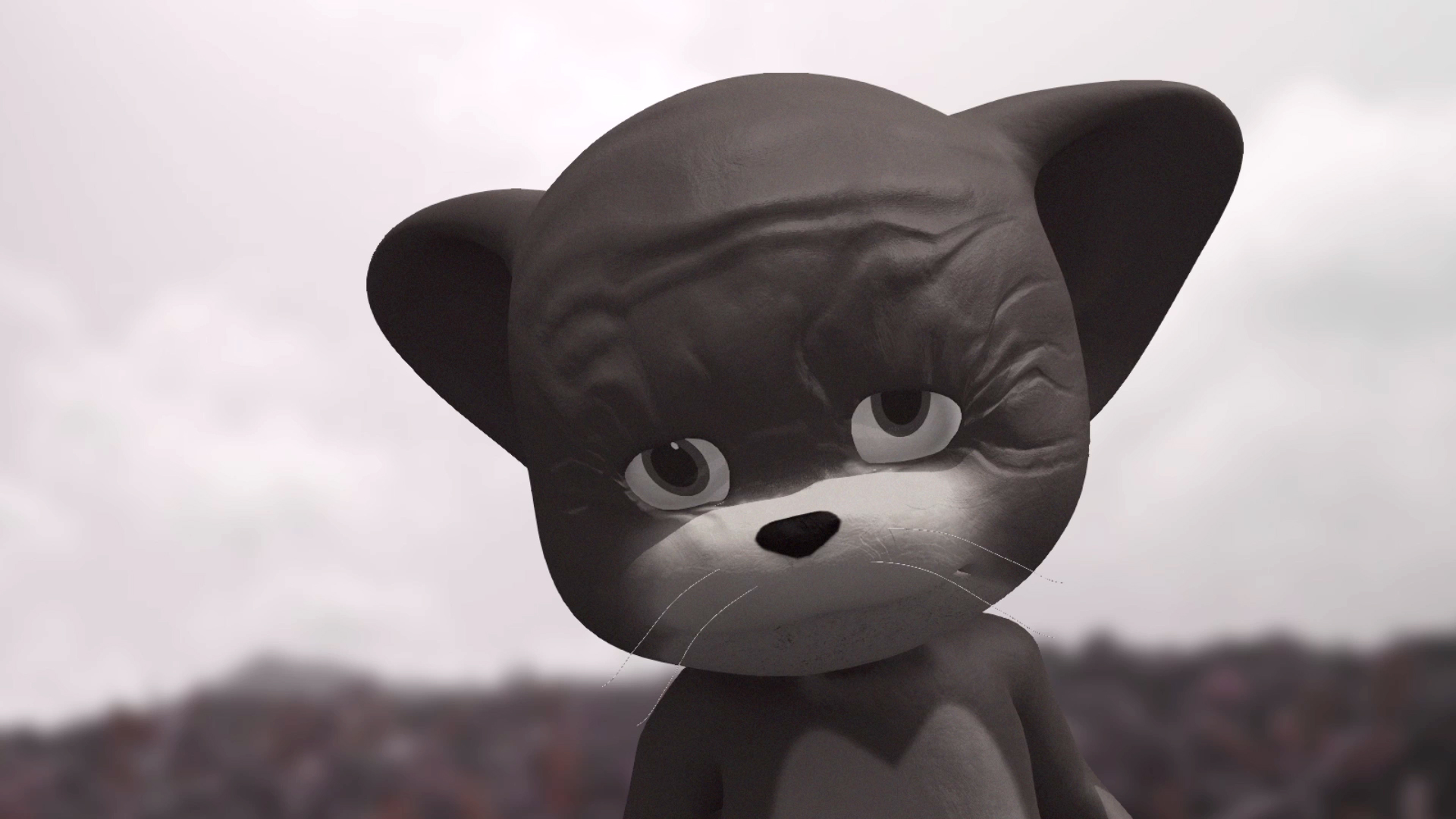 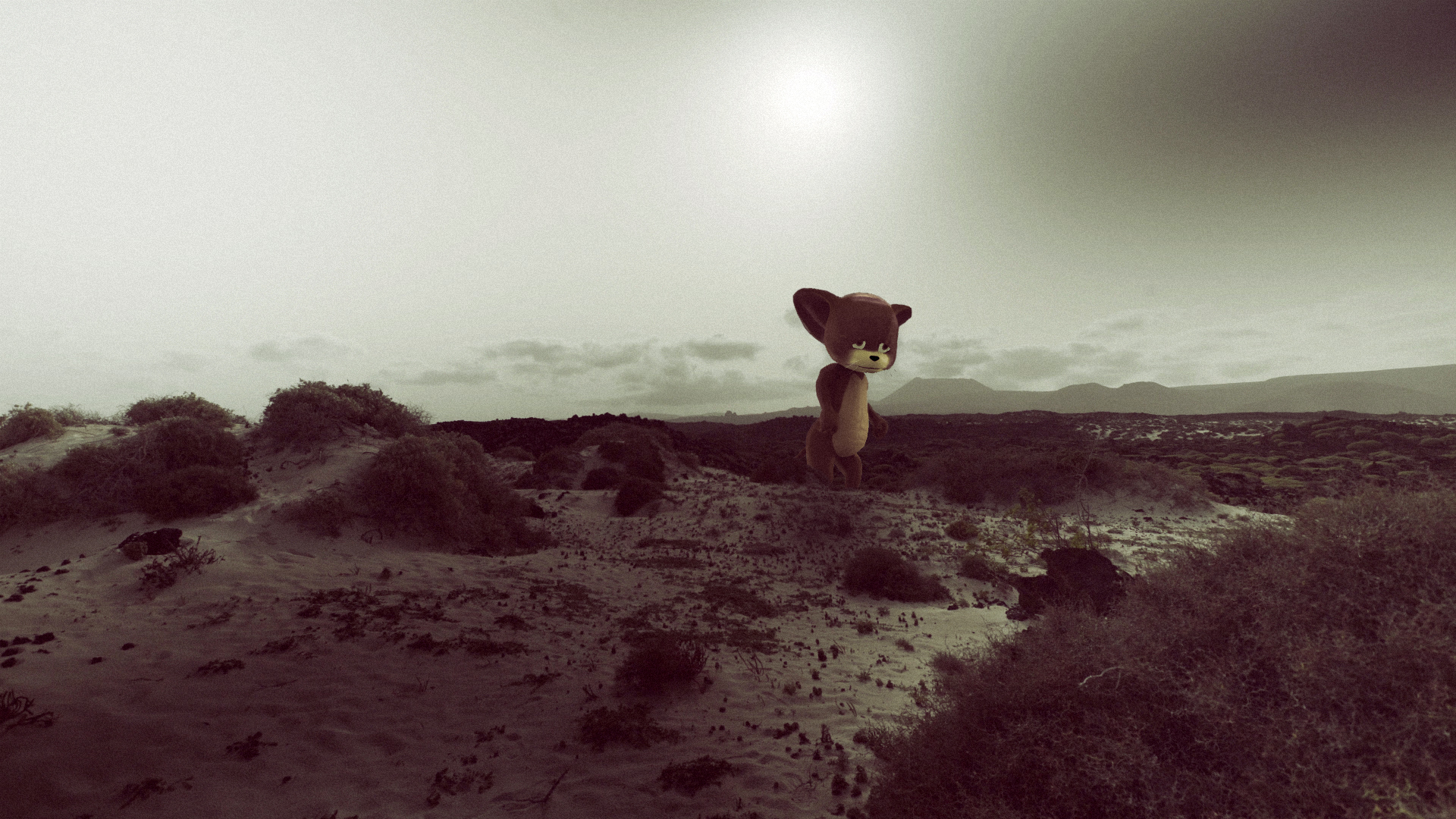 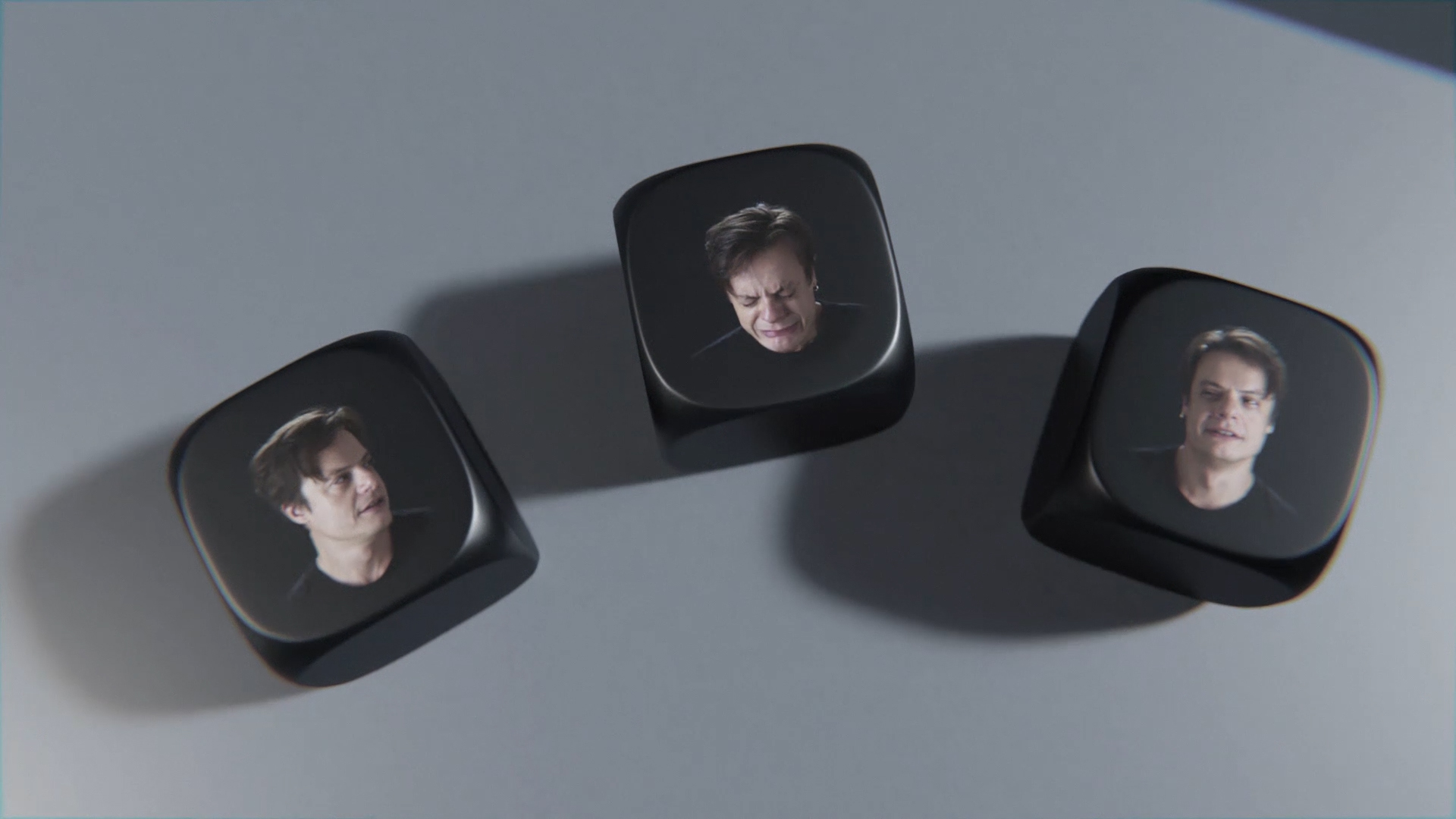 The Play It Again exhibition unfolds over two floors inside the Forte Belvedere building.
In the large and evocative rooms on the lower floor of the bastion, four videos are presented, three of which have been chosen from those made by the artist since 2014, while The Laughing Dice was made in recent months to be presented here. The video presents a fixed shot, in which a series of dice rolled on a gray background alternate – inside a room drawn in monochrome and empty 3D. The dice feature the face of a man on each side (the actor Lino Musella) and, on each side, a different emotion is assigned: one laughs, one cries, one frowns. With the first die the relationship develops entirely between the face of the die and the spectator. Looking into the camera, the actor establishes direct contact with the observer, so as to make him feel intimately involved in the emotions reflected in the face and expressions of the actor, a sort of alter ego. With the succession of the dice, the faces in play increase and therefore the emotions that intervene even among the dice themselves multiply. A game of fate is created that involves the narration inside the video and our existence, our biography. As in a glass ball, we recognize our emotions and feelings in a continuous and intertwined reflective exchange among the many possibilities made available by the game of life, of which we are active and passive actors at the same time. The sound is simple and repetitive, a dull tick knock, which marks the time slowly and every now and then a distant whistle joins the roll of the dice and grimaces. Like small amber cameos, the dice imprison faces that laugh, cry, despair, get angry, victims of a spell or a deus ex machina, a puppeteer who has already written the screenplay for us.

The second floor of the Palazzina is occupied by a single large installation, built through an unprecedented combination made up of a series of works created in the recent past, which here are structured in a new landscape giving life to a new narrative. The viewer finds himself immersed in a scenario of total war, between earth and sky, between reality and fiction, where real tanks built with wood pass through the cities of the world or seem to occupy extraterrestrial space, in a sort of childlike performance and a bit carnivalesque. The artist transforms war into a game, looks at world events with irony, transforming a scenario of fear and anguish into a kind of playful and joyful staging. White panels, backdrops and stands, of those usually used in photographic and film studios, create a ghostly, metaphysical play of lights and reflections, creating an environment in which reality and the virtual world are confused. On the ground, a series of cannonballs and small spheres seem to deposit a constellation at our feet, a universe that seems involved in the great game of war, indeed in the conflict presented here as a category of the spirit and cosmological. Play It Again, as the title states, is the staging of real and fantastic conflicts, because everything that exists – humans, gods or the cosmos – exists through conflicts and contrasts, wars and clashes between opposites, a continuous dispute. of elements and concepts that appears balanced, harmonious and even beautiful at the same time. As Heraclitus writes, in fact: “What contrasts concurs and from elements that disagree there is the most beautiful harmony”. 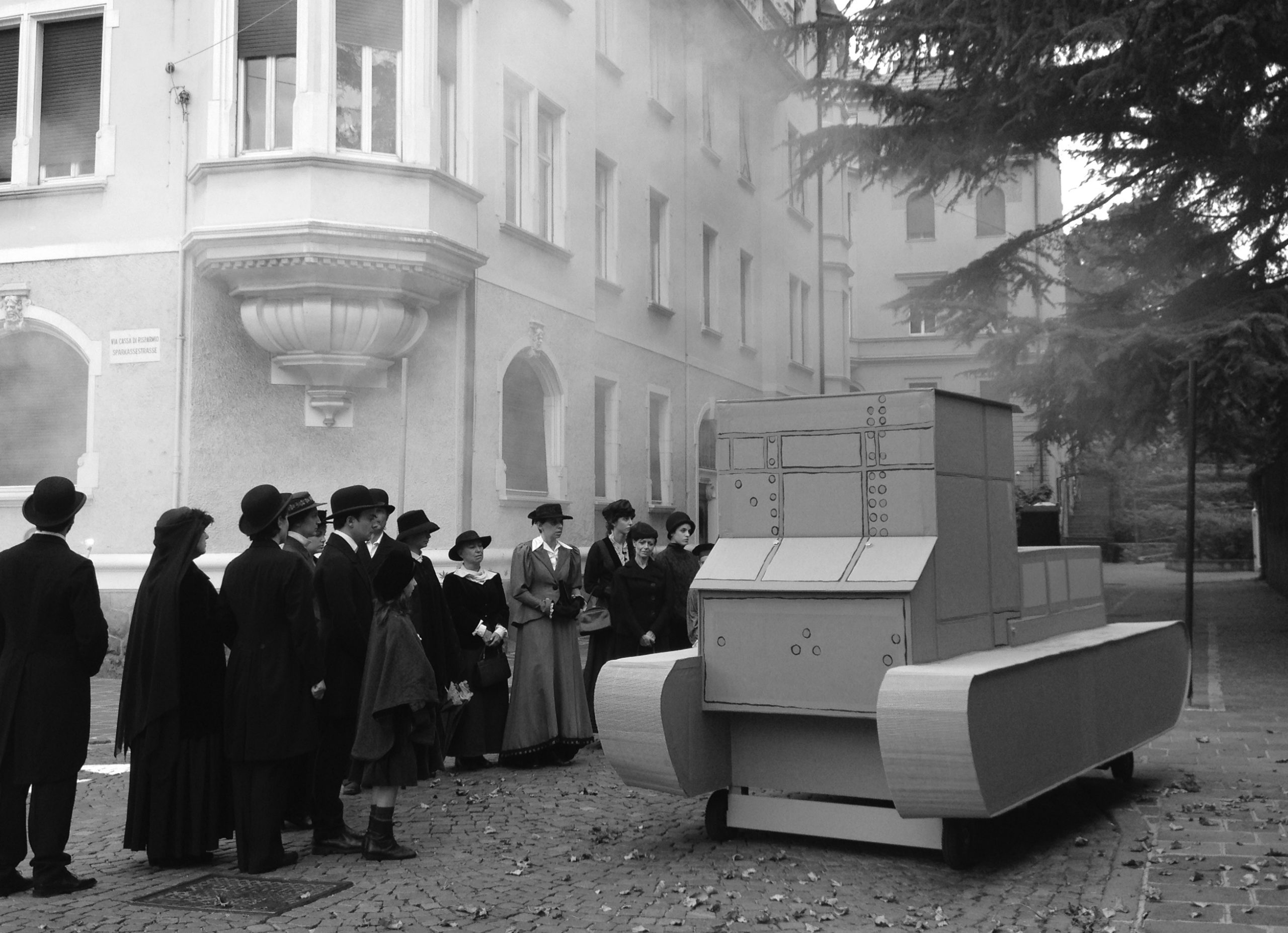 Rä di Martino (Rome, 1975) studied at Chelsea College of Arts and the Slade School of Fine Art in London before moving to New York from 2005 to 2010. He lives and works in Rome. He has exhibited in Italy and abroad in institutions such as the Tate Modern in London, the MOMA-PS1 in New York, Palazzo Grassi, the Sandretto Foundation, Mart in Rovereto, HANGAR | Bicocca, Museum of Contemporary Arts in Chicago, the Bronx Museum , Artists Space NY. He has participated in international festivals such as the Locarno Film Festival, VIPER Basel, Transmediale, New York Underground Film Festival, Kasseler Dokfest and Torino Film Festival and participated with the docufilm medium-length film “The Show MAS Go On” at the Giornate degli authors, Festival of the cinema of Venice in 2014, winning the SIAE Prize and the Gillo Pontecorvo Prize, a special mention at the Salina DocFest, a Silver Ribbon for best documentary film 2015. In 2017 he participated again in the Venice International Film Festival with his first feature film ” Stunt “with which he won the Eurimages Lab Award in the same year and is in the selection of silver ribbons for best 2018 documentary film. In 2018/2019 he won the Mibac-Italian Council and developed the video installation and an Afterall book presented at the Slaughterhouse -Rome and at the Kunstmuseum St. Gallen, Zurich (2020). Also in 2019/2020 he produced a new video “The exception” commissioned and at the Museo del 900 in Florence, which won the first edition of the Lio Capital award (Milan, 2020). In 2021 he directed a documentary for Artè on Giardino dei Finzi Contini by G. Bassani, finalist for best documentary film at the Nastri d’Argento 2022 and the documentary film “Outside the theaters” inspired by the archive of the historic Piccolo Teatro di Pontedera.
Through an articulated production consisting of photographic and video work, and with the help of a substantial literary and musical apparatus, made up of cultured quotations and references, di Martino observes the relationship that memory and the private and mental dynamics of the contemporary individual they establish with the low culture spread by the media, such as fiction and advertising slogan. This attraction to stories intends to illustrate contemporary living in a narrative form, through the process of which the artist reveals the mechanisms of the manipulative power of cinema and television over our unconscious and our way of interpreting the world. 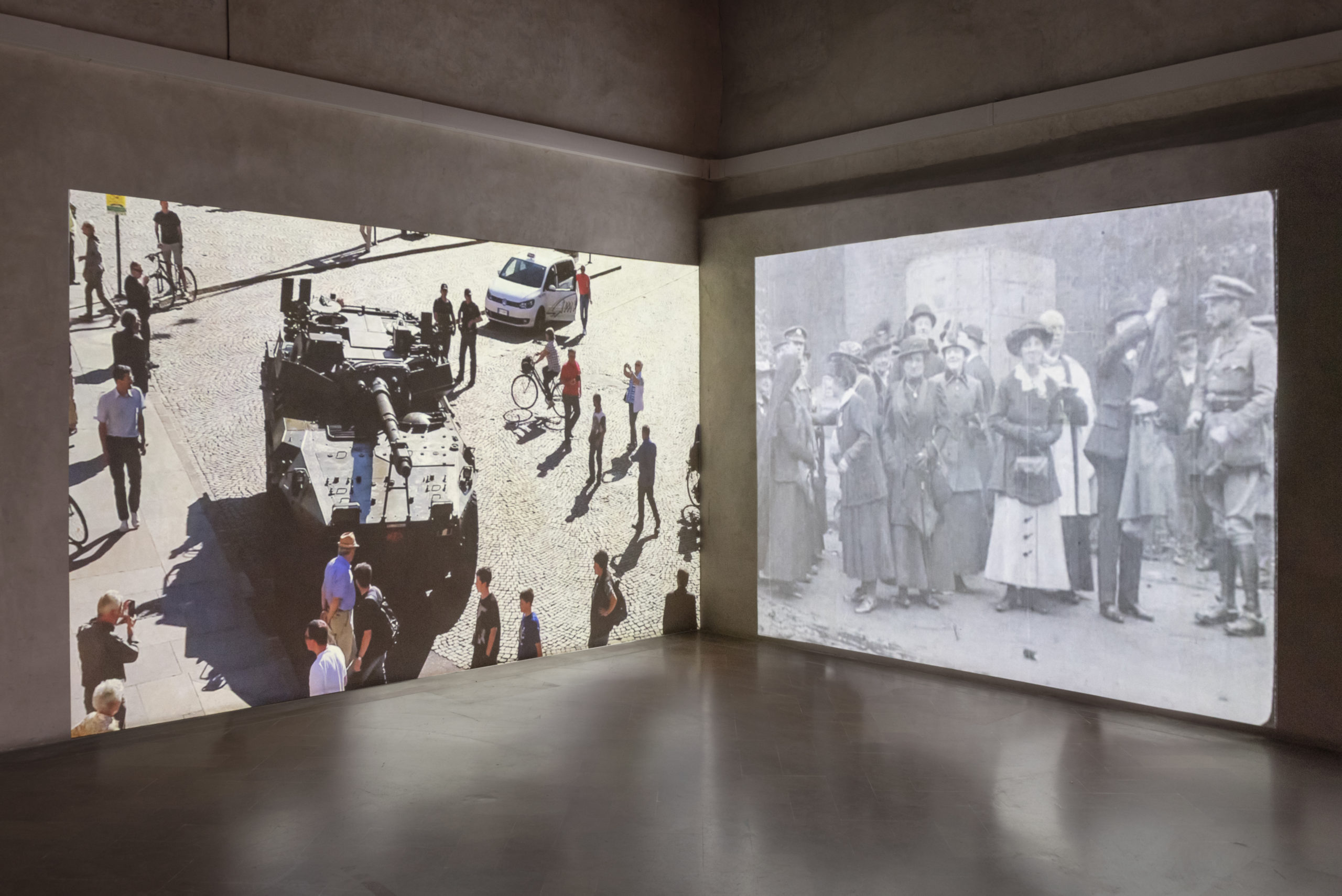 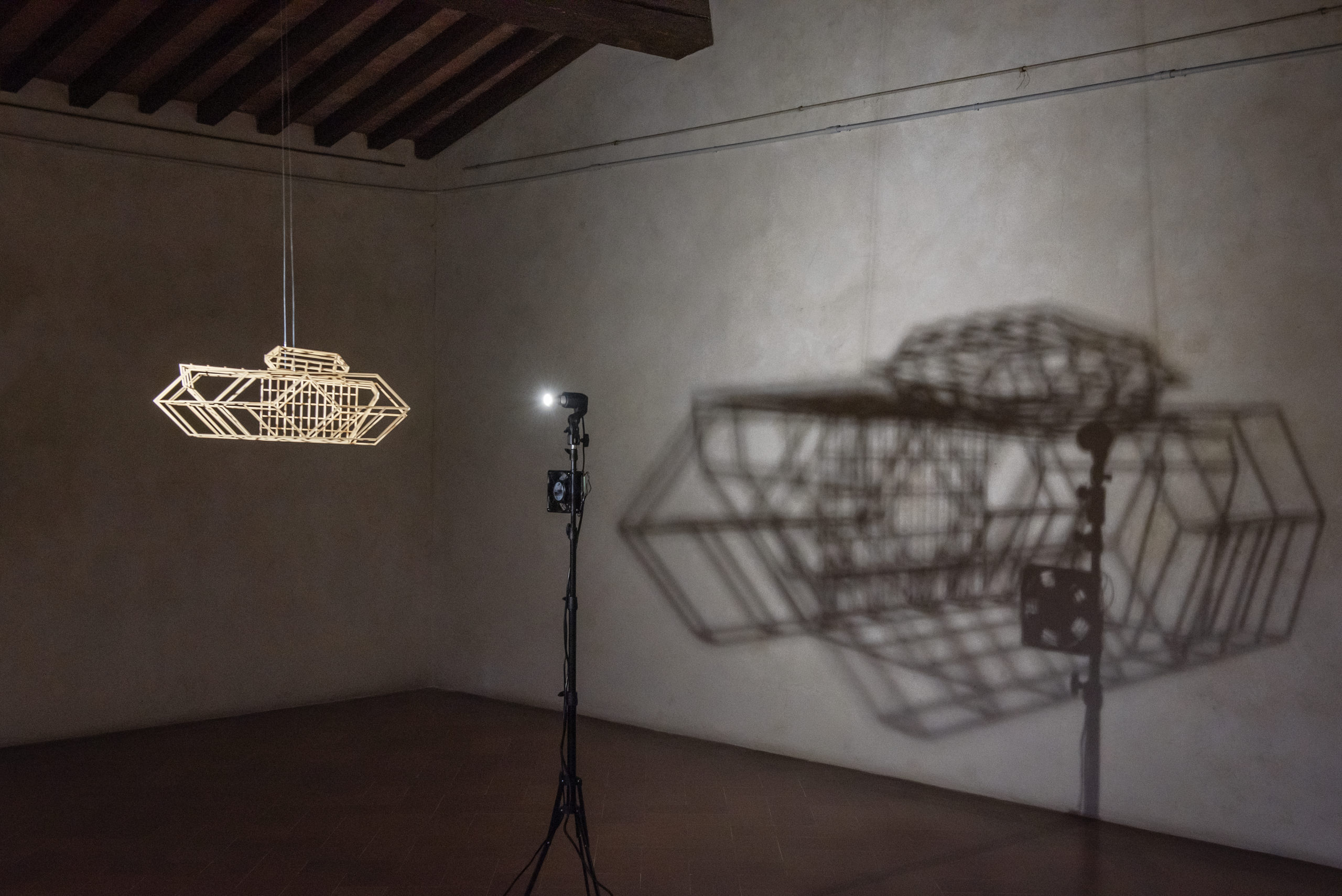 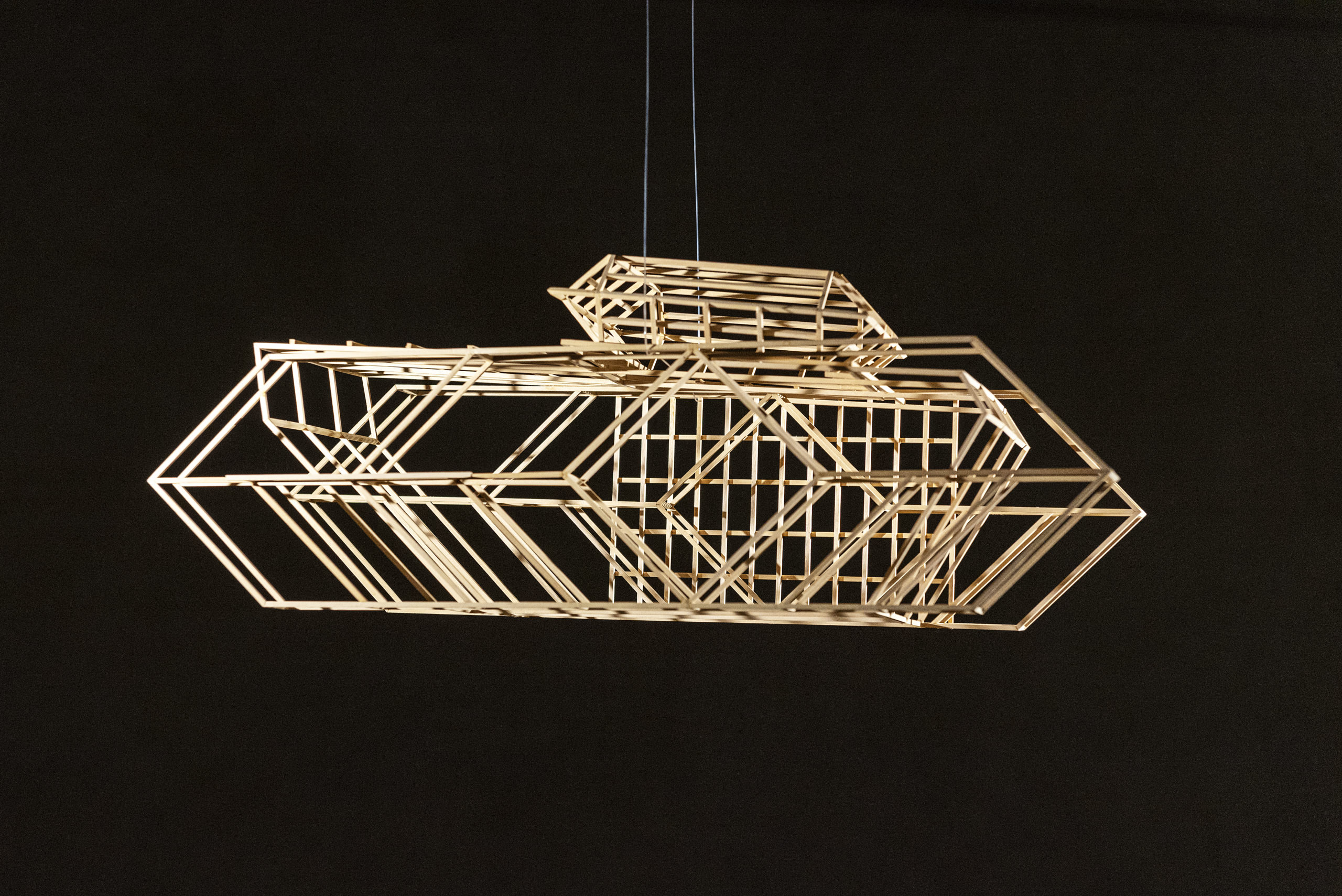 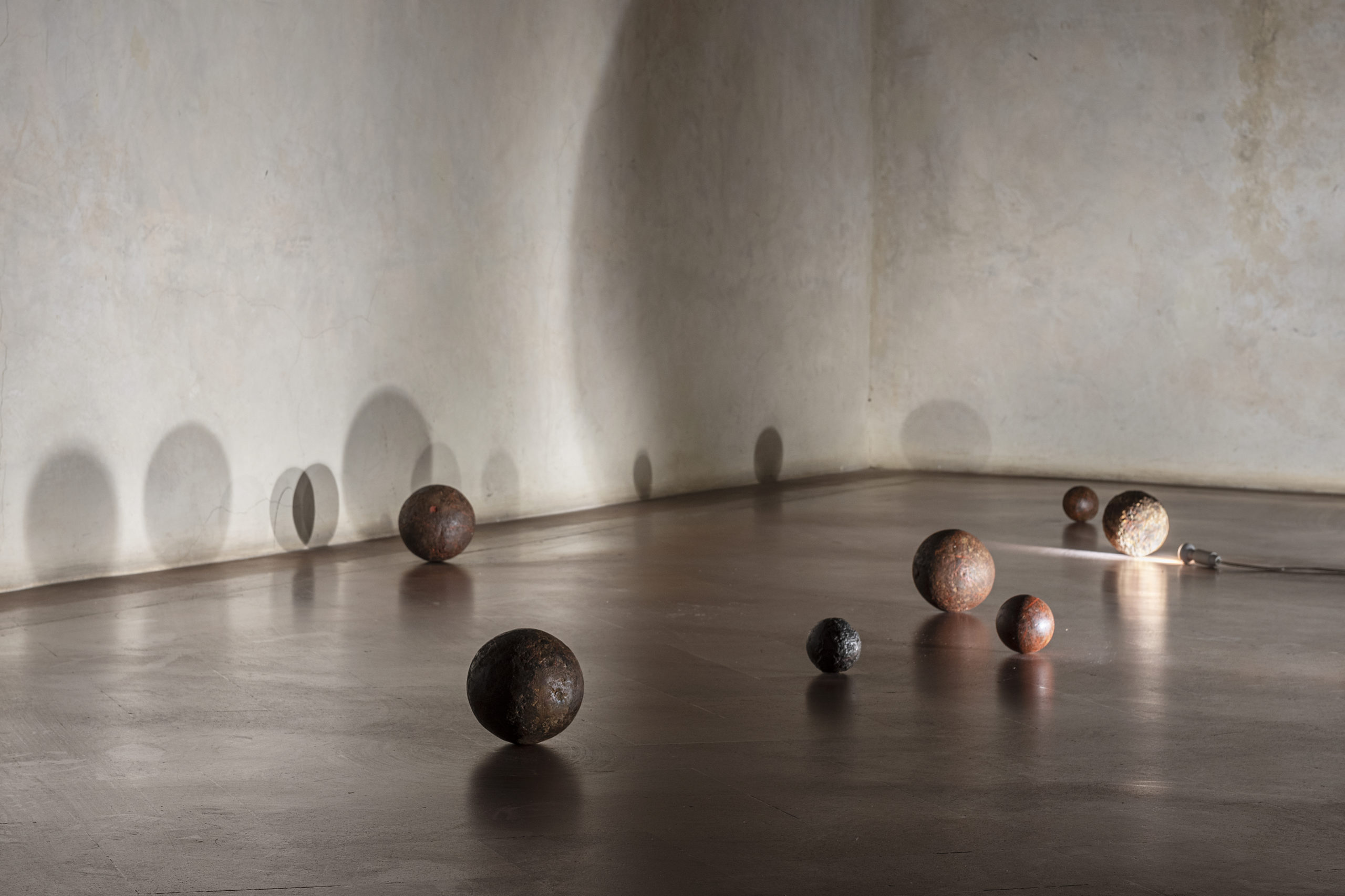 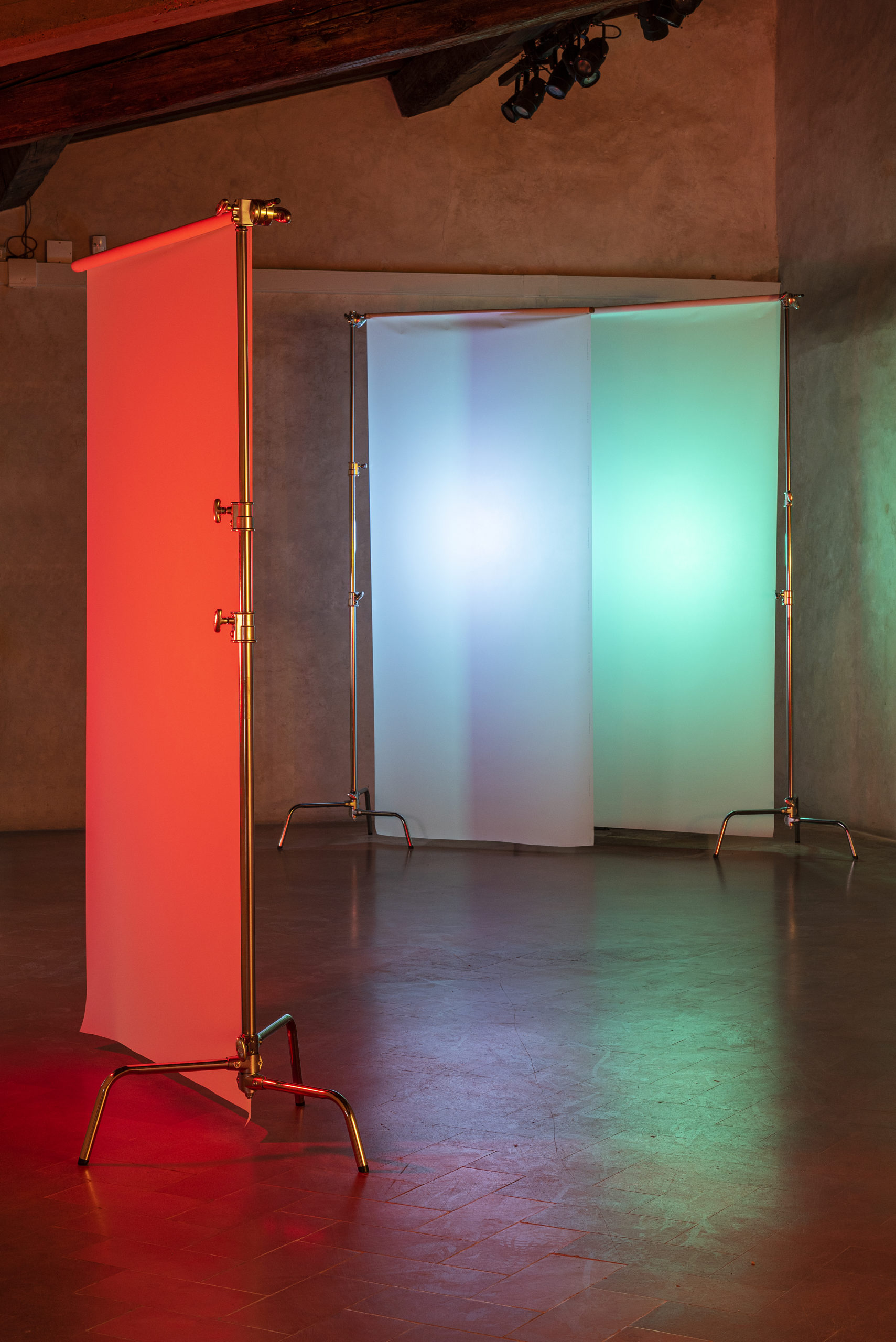 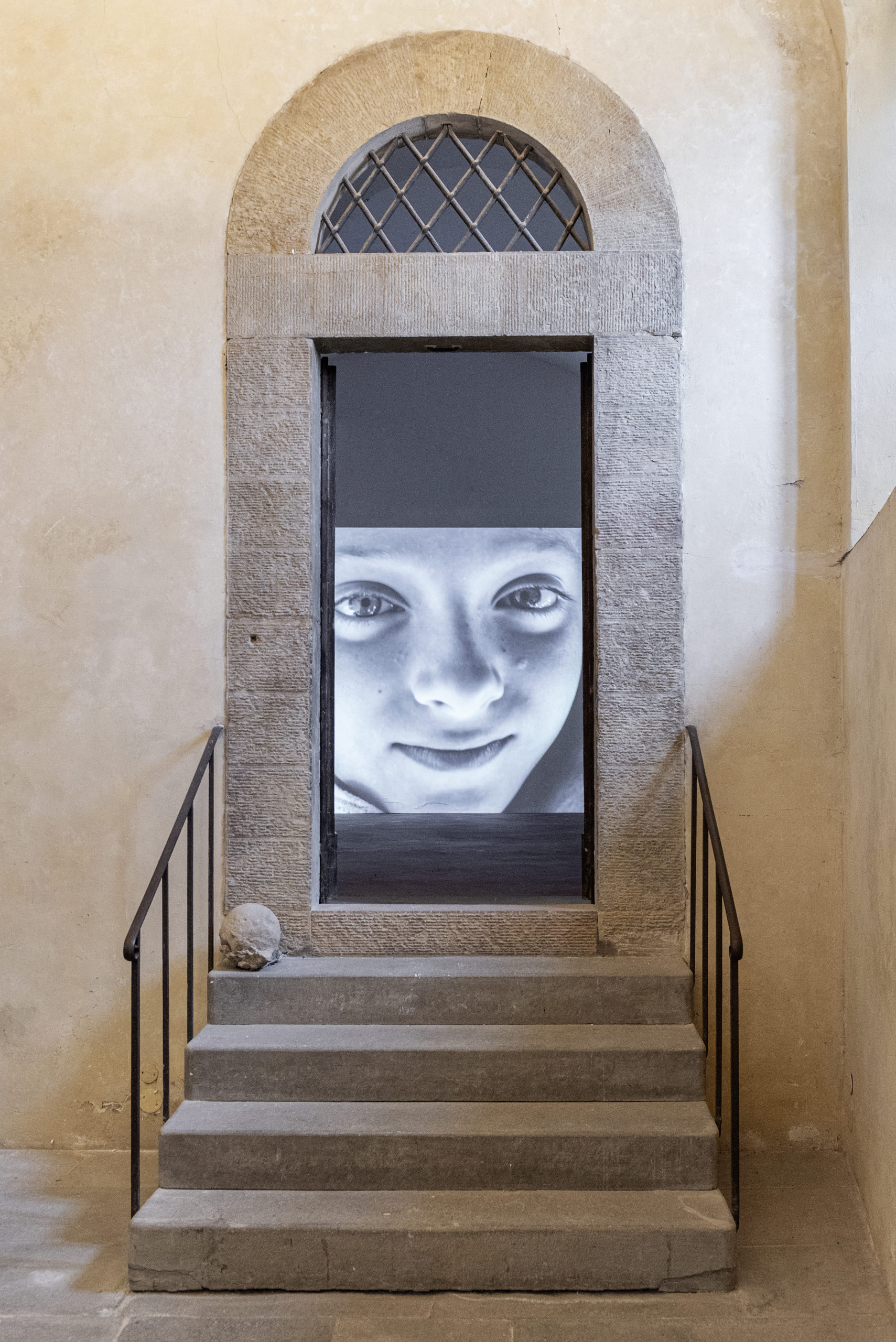 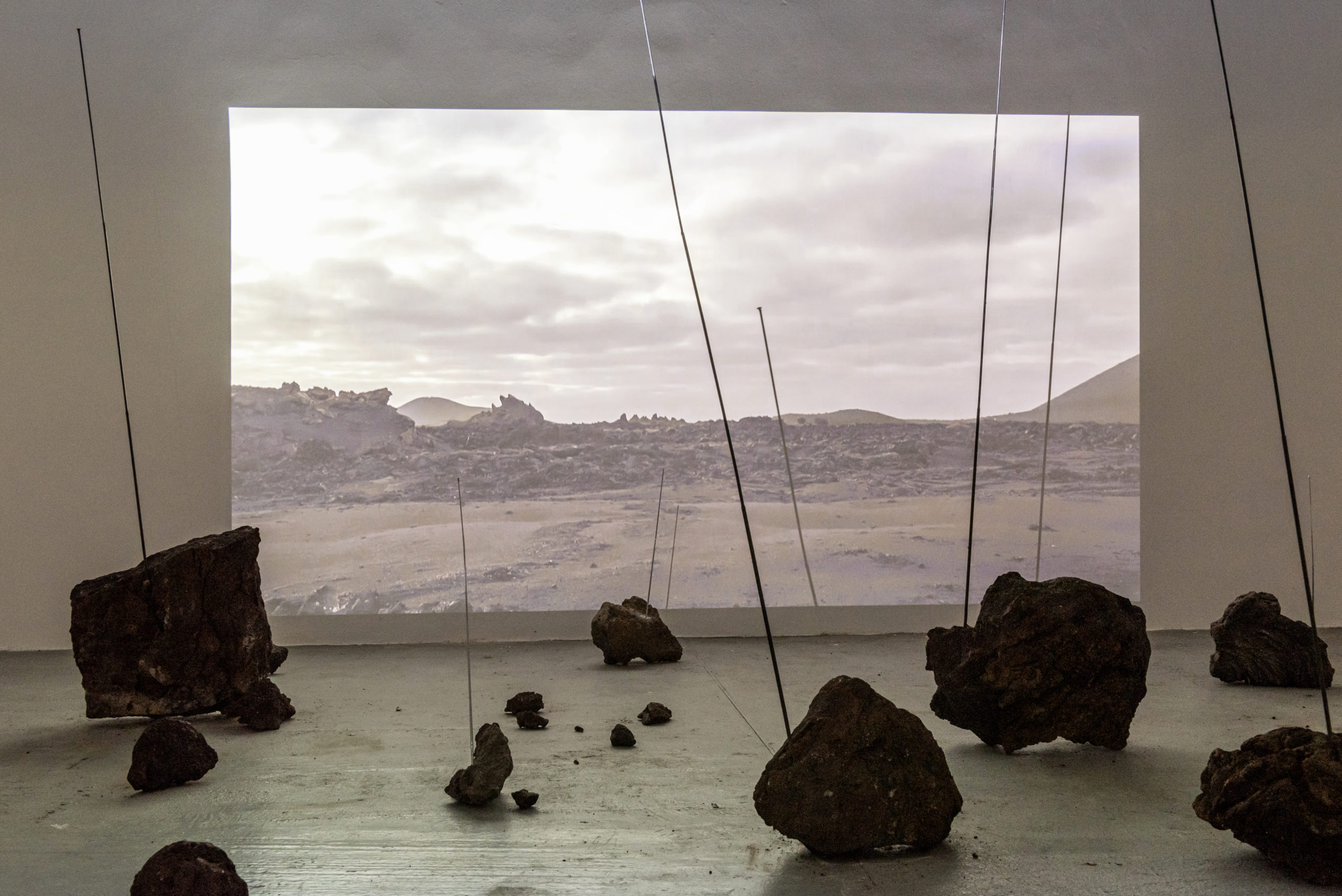 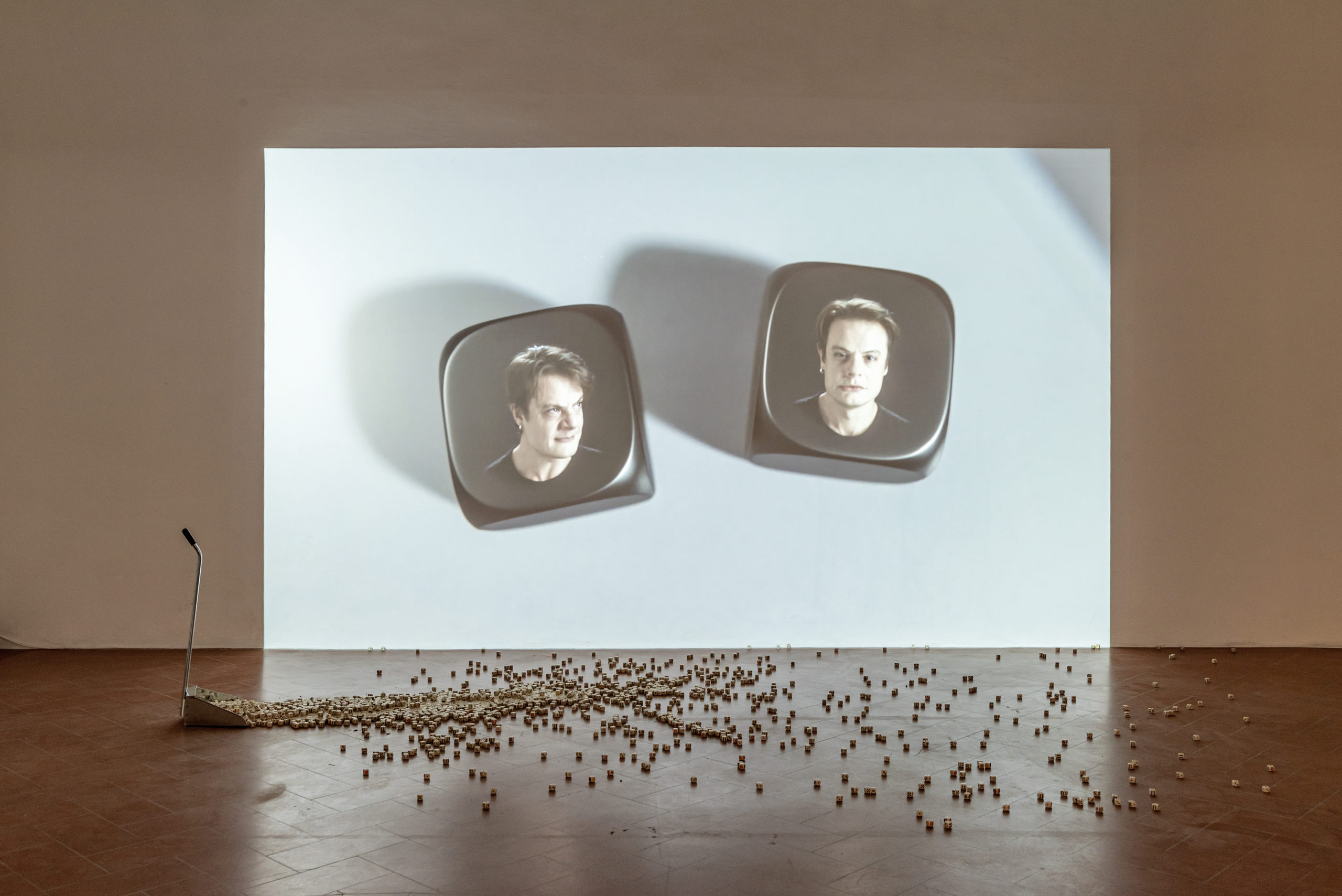 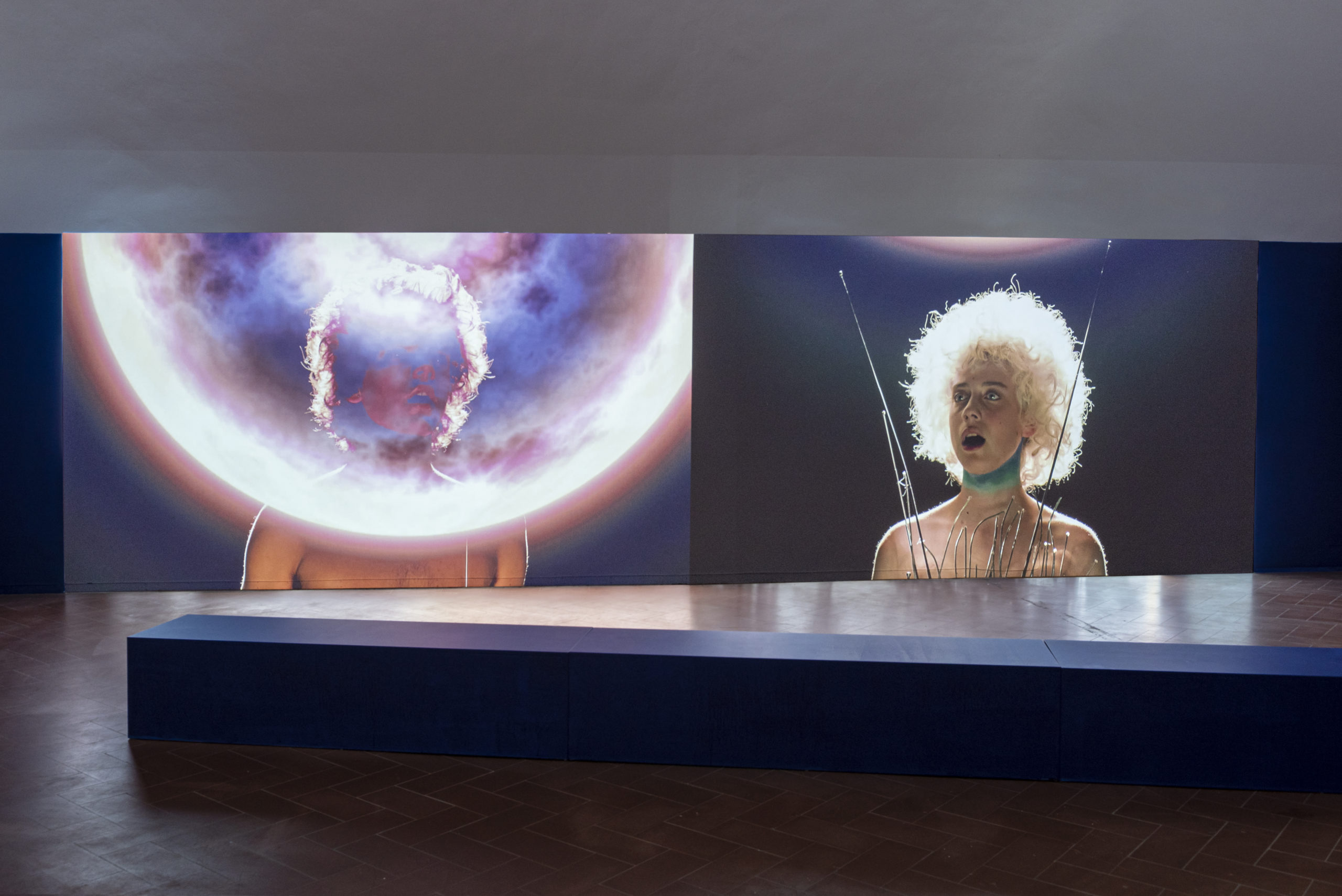 Set Up and Logistics Coordination