Gaetano Pesce inaugurates the new exhibition rooms of the Museo Novecento in Florence and exhibits a site-specific monumental sculpture dedicated to the condition of women today in Piazza Santa Maria Novella. The exhibition “Betrayed Majesty“, promoted by the Municipality of Florence and organized by Mus.e and curated by Sergio Risaliti and Vittorio Sgarbi, will be open from 21 October 2016 to 8 February 2017.

Since the end of the 1960s, the artist, designer, architect, creator of icons of our era such as the famous Up, has placed women at the center of his interdisciplinary research, and with her the entire female universe and, connecting in this insight into the deepest and most archaic aspects of being a woman (the feminine) to the social, political and economic reality of our time.

Anthropology, history of art, sociology, folklore, biopolitics, geopolitics: in his approach Gaetano Pesce embraces all the techniques and different cultural sources to re-propose experiences and information in fantastic forms, experimenting with images and materials with absolutely exemplary expressive and iconographic freedom. 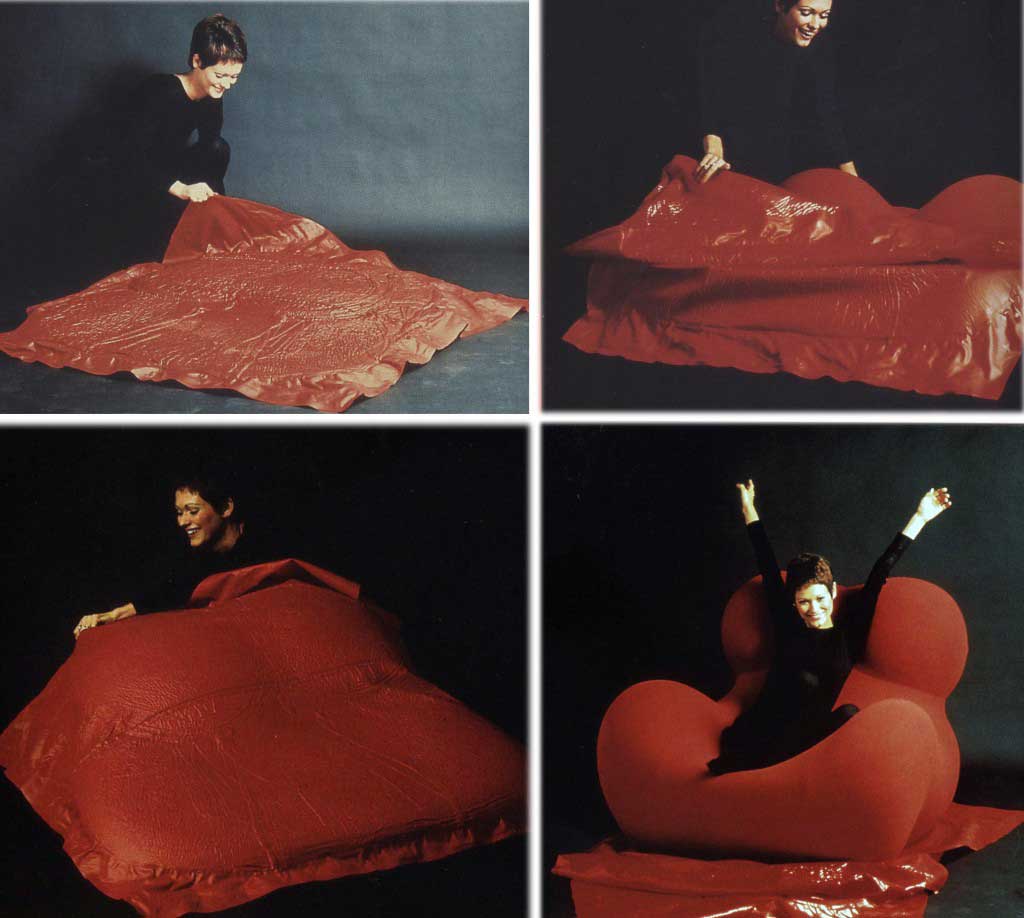 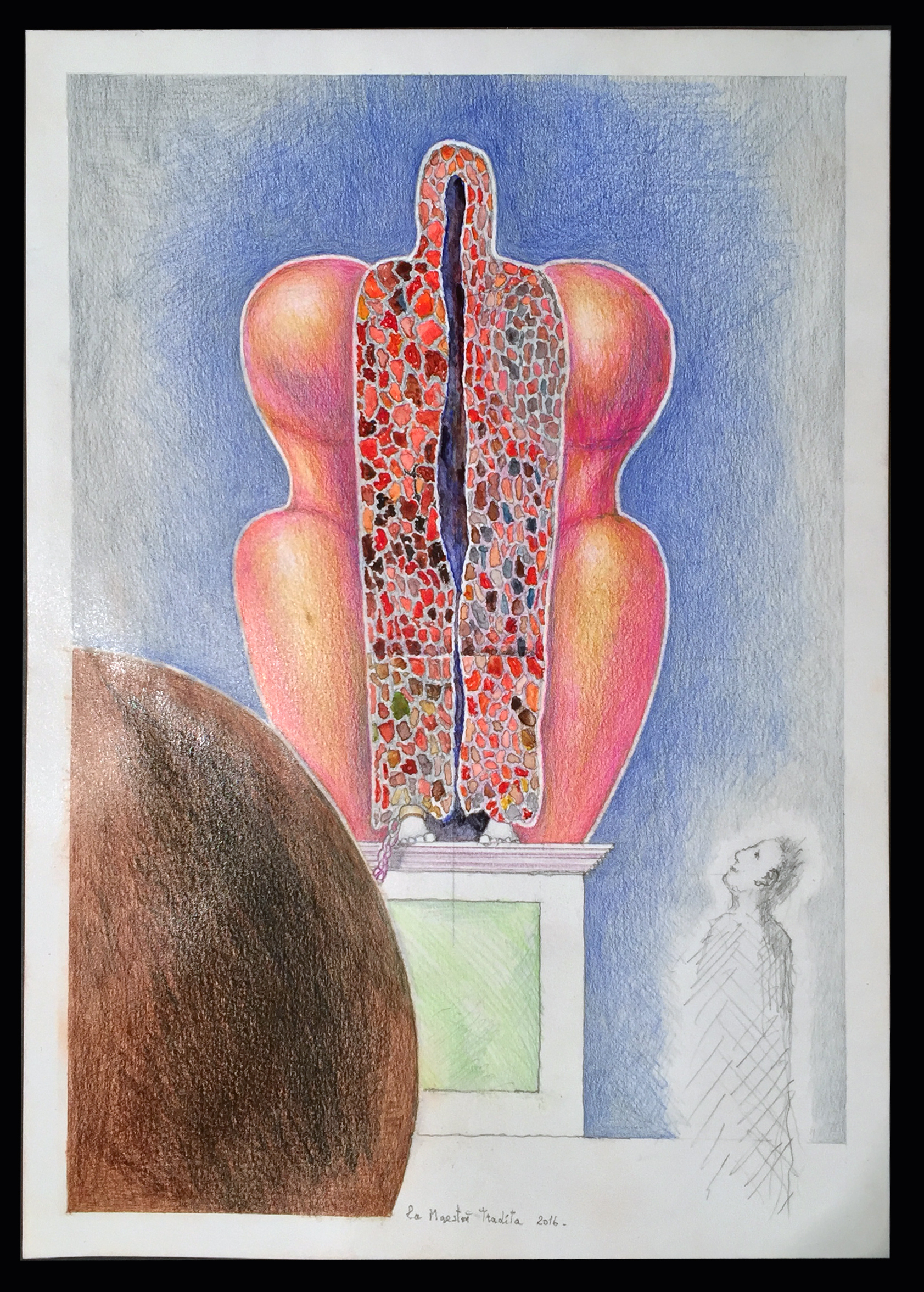 According to Pesce:
“… artistic multidisciplinarity visits our time … does not like hierarchies between different languages ​​of expression … today’s creativity is no longer found in coherence … Recognizable languages ​​are boring, and belong to the past … the complexity of our time reflects diversity of values, even contradictory ones, which form pluralism, inconsistency and multiple behavior. Feminine nature, with its facets, coincides with the being of our era: this is why I think that women will be the protagonist of the future“.

From the very beginning, Gaetano Pesce has contributed to breaking down the boundaries between architecture, art and industry, building an imaginative universe of projects and objects that have become true icons of creativity, now recognized and analyzed throughout the academic world and beyond. Pesce’s “multidisciplinary” works are, in fact, part of the permanent collections of the most important cultural institutions. Present in all the most prestigious American museums, from the MoMA to the Metropolitan Museum, from the Vitra Museum to the Louvre, Pesce has exhibited throughout Europe and the rest of the world, from the Parisian Center Pompidou to the MAXXI in Rome.

In Piazza Santa Maria Novella, placed in connection with the magnificent facade of the basilica designed by Leon Battista Alberti, Pesce will exhibit an unpublished sculpture, conceived for the public space, in relation to the historical-artistic and religious context. It is a monumental figure of a woman, wrapped in a long cloak, a sort of Mater matuta (like the one preserved in the Archaeological Museum of Florence), but also an archetype inspired by the Christian “Majesty” (the iconography of the Madonna on the throne), and therefore a contemporary echo of that famous “Madonna Rucellai” commissioned in 1285 from Duccio di Boninsegna by the brotherhood of Laudesi for the chapel of the company in Santa Maria Novella, then moved at the end of the sixteenth century to the Rucellai chapel of the Dominican church, finally transferred to the Uffizi in 20th century. 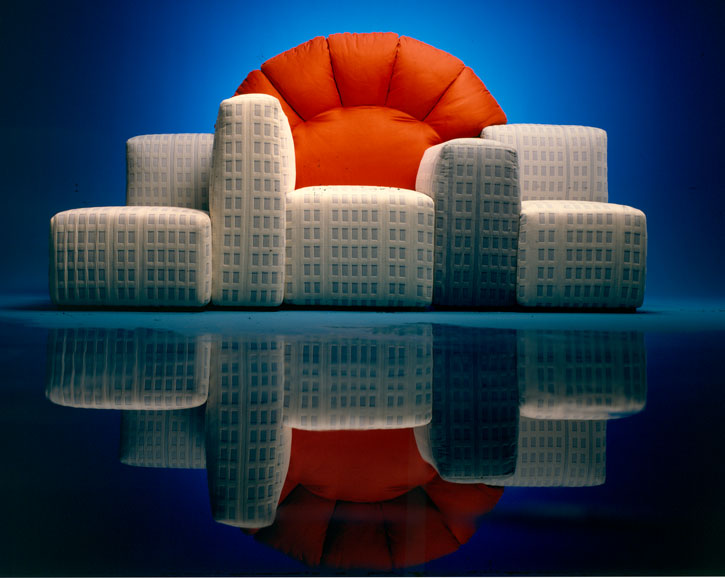 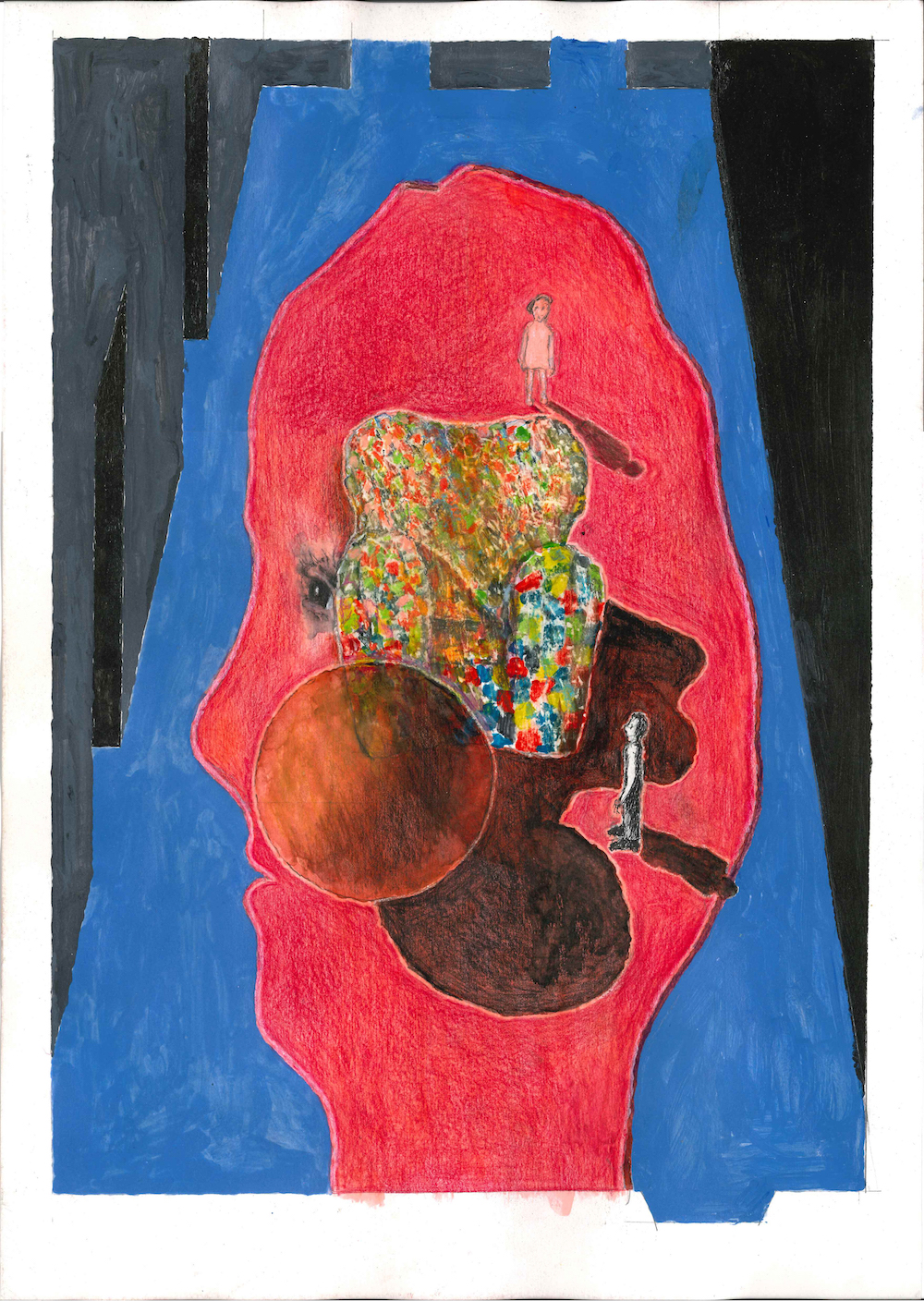 The Betrayed Majesty is seated on a throne which in turn rests on a high pedestal. However, the figure of queen and mother shows signs of unequivocal suffering. His cloak is also a body, a completely naked body, of bare skin. But also a flayed and scourged body, naked flesh exposed and marked by arrogance and violence, both physical and verbal. A large and heavy sphere of rusty metal is tied to the right foot of the figure with a large chain, as a symbol of the slavery to which thousands of women, even today, are forced in different parts of the world. The composition reflects in its present presentation the forms of the famous Up, which is a reinvention of the Paleolithic Venuses, symbols of fertility and sacredness, in a connection between the powers of the earth and the cosmos..

On the side of the facade of Santa Maria Novella, the Betrayed Majesty wants to be a monument to female and female ‘liberation’, a text of accusation and manifesto of a new civilization, a condemnation for a male world that continues to betray, offend and rape sacredness of the female body, forcing the woman to endure experiences of commodification, manipulation and unbearable marginalization, the never extinguished penalty of “being a woman”. On this condition, on this penalty, on this bitterness, the site-specific installation created by Pesce in one of the new exhibition rooms of the Novecento Museum, where pieces of bread and gall are presented on pedestals. In the same room you will also notice a strong smell, a sensitive trace of the weight and fatigue experienced by women in a world that still wants them to be conditioned to male power.

In the Museo Novecento, the exhibition itinerary winds through the new exhibition rooms and the internal chapel, in an exhibition with a double value: performative and anthological. With about twenty drawings, many of which unpublished, the evolution, from the Sixties to today, is represented by what has been the fundamental theme of one of the greatest interpreters of contemporary art and architecture: that of women. as the center of the world, and of the feminine as an absolute creative force. Each room will constitute a multisensory installation that communicates through smells, liquid substances, sounds, various elements, the difficulty of being a woman in a world still dominated by the homogeneous and conservative masculine nature. In the center of the main room, an Up dressed in women’s clothes, all different in shape and color, is exhibited, a monumental sculpture that towers over the space, praising women, the value of difference, respect for the female body and its multiform sensibility. The large dressed UP is in fact surrounded by six up convicts, each of which chained to an iron ball, an unequivocal symbol of slavery and limitation of freedom.

The exhibition is full of performative moments that involve the visitor in an emotional and sensorial journey developed without rhetoric but with poetic, raw expressionism. The event therefore has an exemplary character as it takes place in a city that has founded the canons of universal beauty starting from the masculine, the center of the universe, exalting the virile corporeity as a temple of virtue and courage, strength and divine ingenuity. . In Piazza Santa Maria Novella, the betrayed Majesty is ultimately a dialectical image in relation to Renaissance statuary, in particular to the ‘giants’ of Piazza Signoria, a symbol of supremacy and domination.

Due to a health problem, Gaetano Pesce will not be able to be in Florence to attend the opening of the exhibition. The Betrayed Majesty, out of respect for the master, will not be exhibited in Piazza Santa Maria Novella, until Pesce has recovered and can leave New York for Florence. Instead, the exhibition set up in the new exhibition rooms of the Museo Novecento will be inaugurated, as scheduled.

Discover the special guided visits to the exhibition.