A dialectical duel between contemporary artists and civic heritage, which on this occasion sees Davide Balliano (Turin, 1983) as the protagonist with the exhibition The wait (from 7 June to 12 September 2019), exceptionally curated by the artistic director of the Museum Twentieth century, Sergio Risaliti.

The Duel cycle is back for the fifth appointment, which sees guest curators called from time to time to collaborate with artists active on the international scene to create site-specific interventions inspired by the museum’s collection. 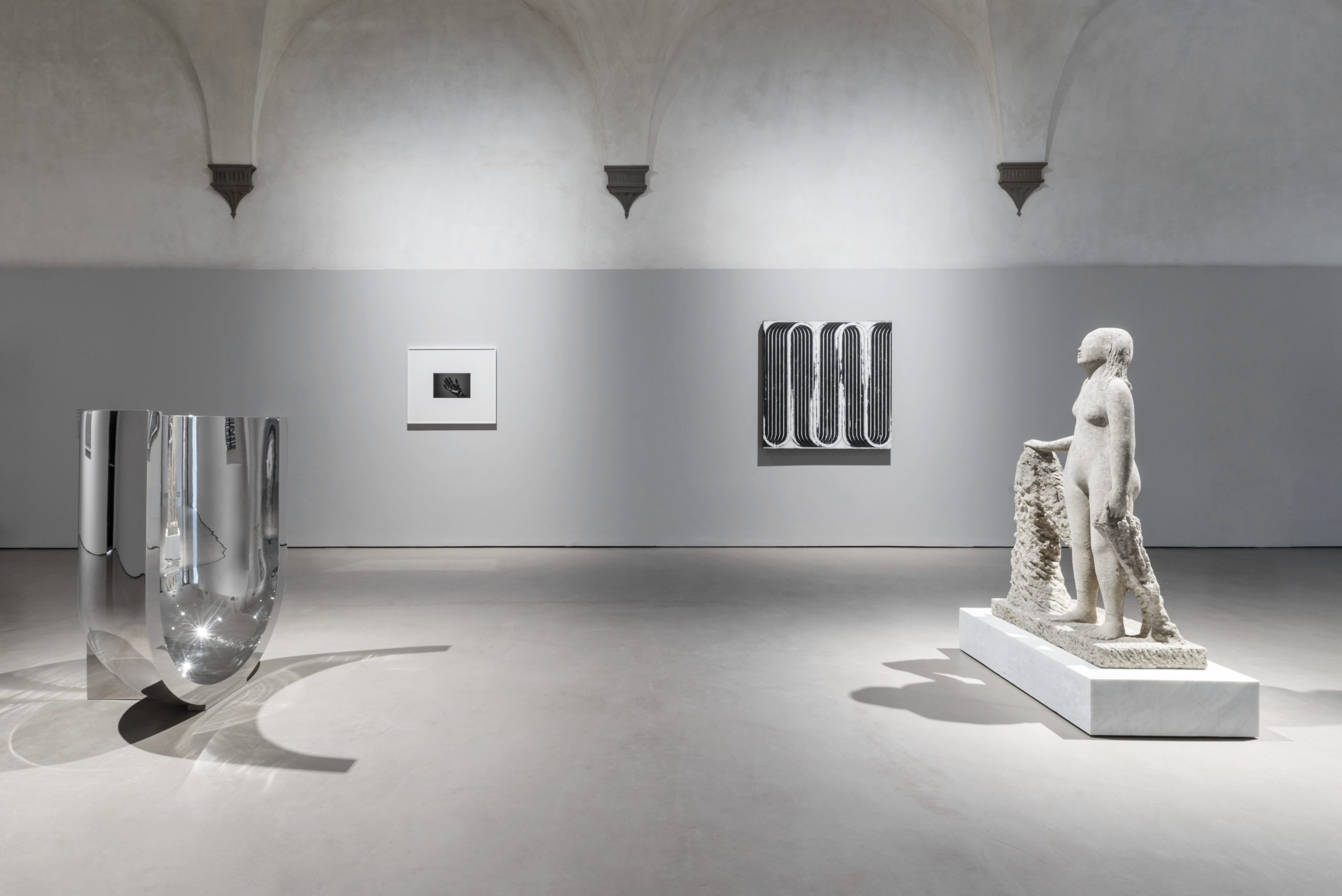 The exhibition stems from the dialogue with the sculpture Susanna by Arturo Martini (Treviso, 1889 – Milan, 1947) created around 1935 and develops around the theme of waiting. In its archaic flavor the work strikes, according to Balliano, deeply for its almost primitive features, but at the same time it caresses the soul with an infinite sweetness, in perfect synchrony with its name: Susanna, Giglio, a symbol of purity.

A meaning that also refers to the city of Florence and to modernism recalls Risaliti, who has always looked to the purity of figurative language so as not to be overwhelmed by reality and history. The works that Davide Balliano duels with Arturo Martini are a corpus of unpublished works, seven paintings and a sculpture, together with a series of photographs that testify to performances made in the past. 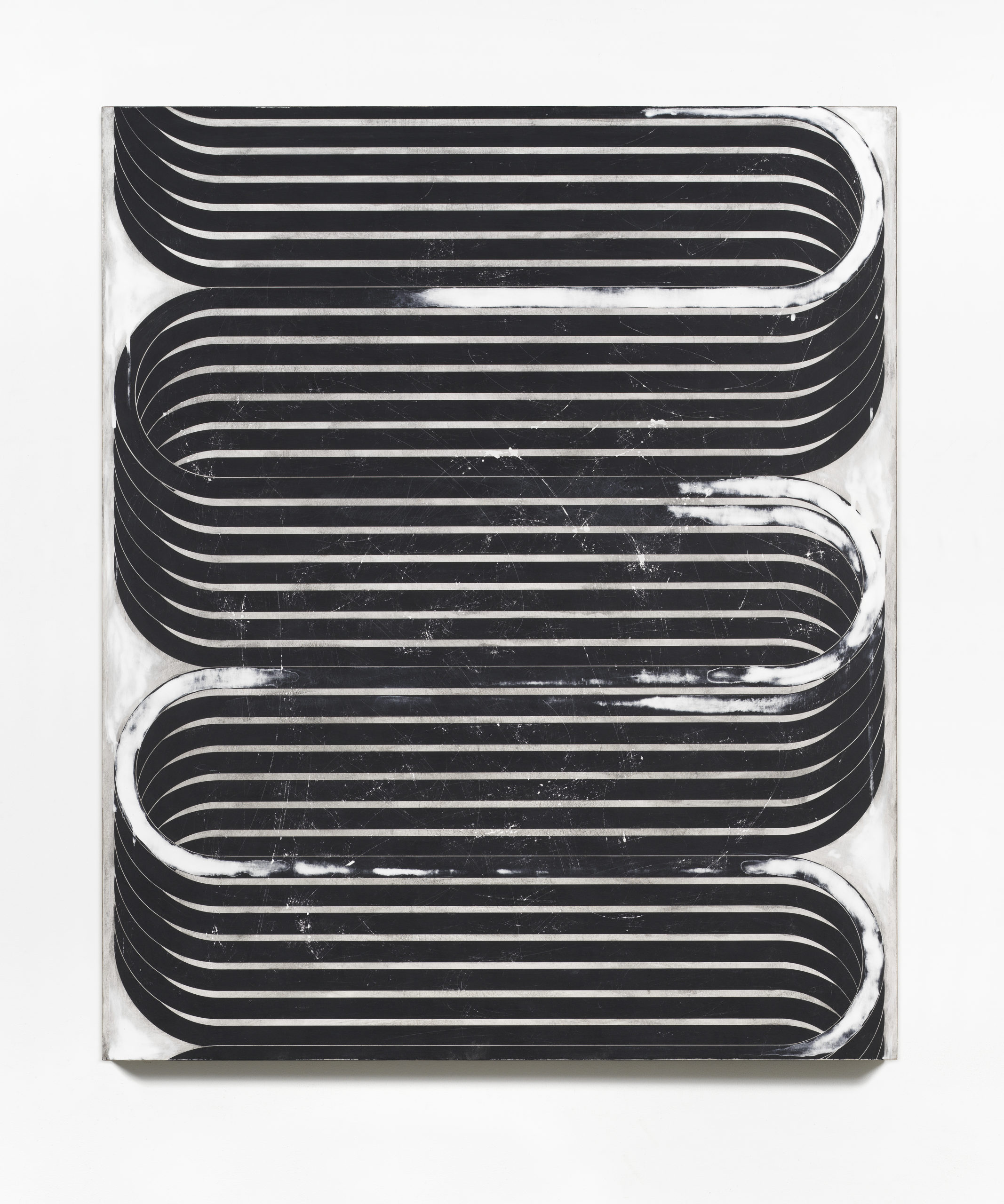 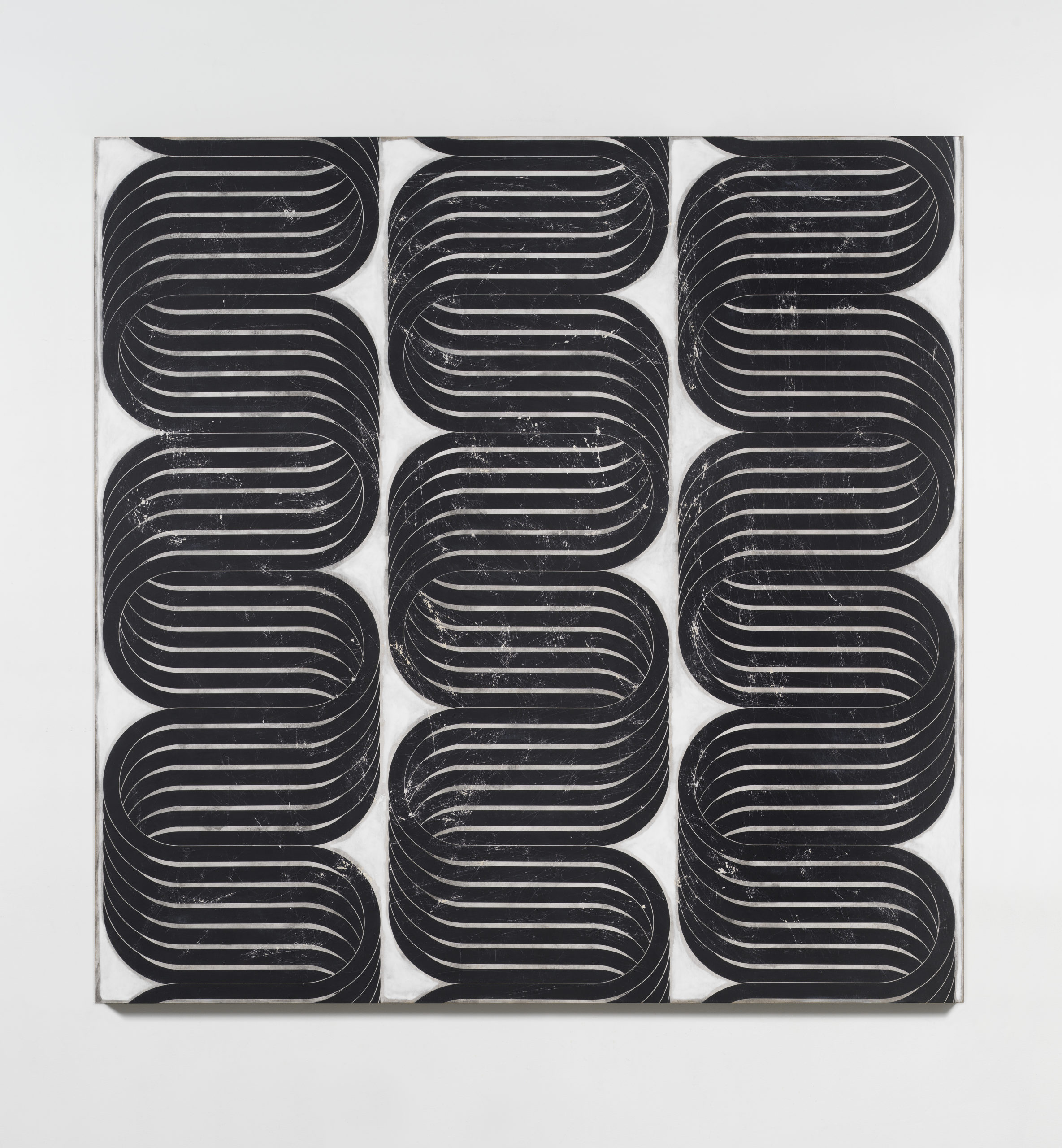 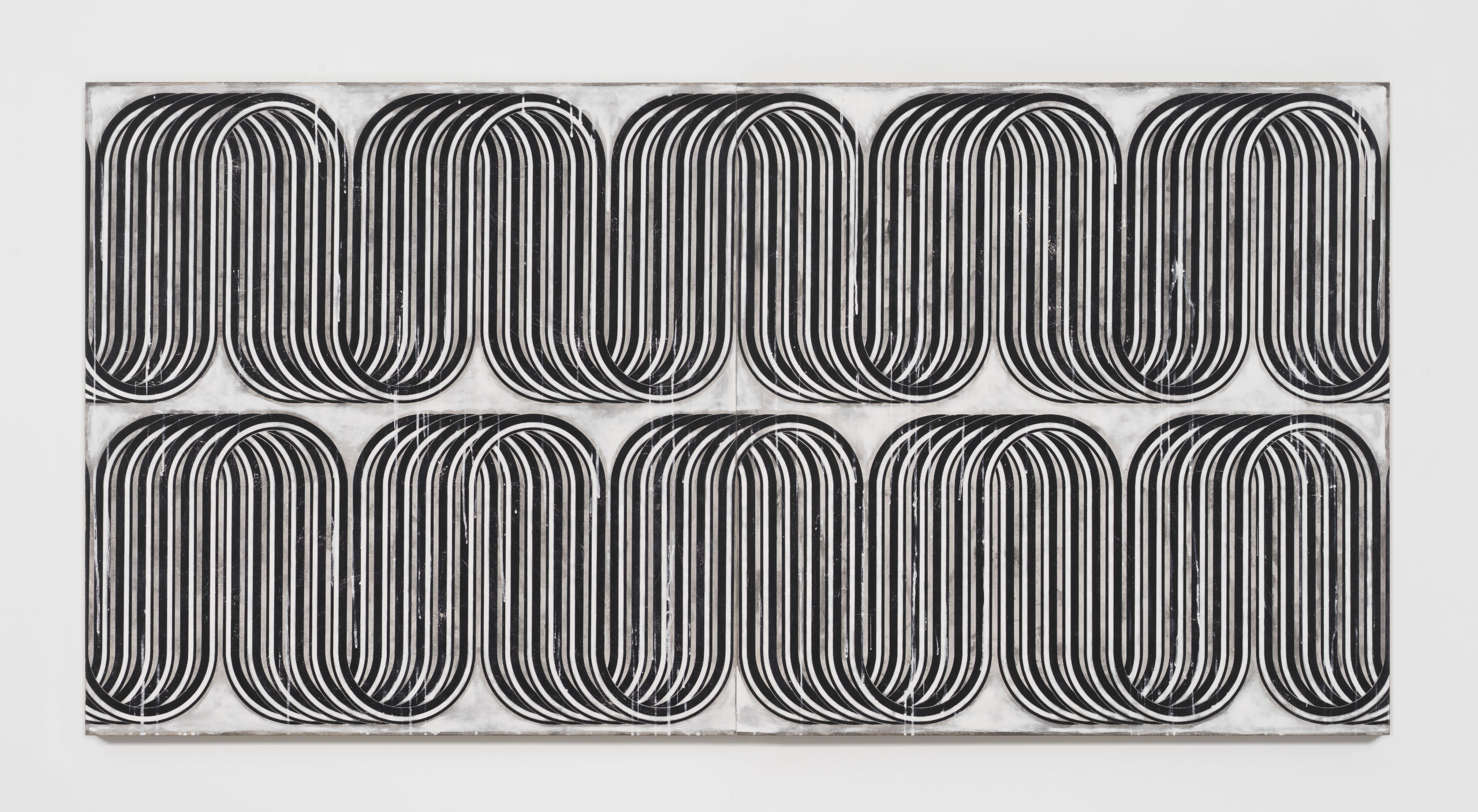 In dialogue with Martini’s Susanna, the artist exhibits a new sculpture made of mirror steel, hollow like a cylinder or a container cut in half. “Steel reflects and incorporates with the mirror everything that appears in space” explains Risaliti “And the container – formally a minimal and abstract work – even if it cannot be filled with objects, things, people, it is filled with reality thanks to the reflection of the metal. Sculpture also acts as a painting“.

In fact, all of Balliano’s research operates on the thin line of demarcation between sculpture and painting, addressing existential and current issues, such as the identity of man in the age of technique and his relationship with the sublime, through an austere and minimal constructed language. around abstract geometries in strong dialogue with architecture. “The references to Minimalism and abstract vocabulary also return in the paintings, undergoing a sort of distortion in the direction of reality and existence from which Balliano does not want to separate or distance himself through the use of a cold and aseptic logic and language” he adds the director.

The young Italian artist who has now lived in New York for twelve has established himself in international exhibitions thanks to a work that ranges from performance to photography, from sculpture to painting:

“My compositions, always based on a sober assonance of a few elements, often layered but never in perspective, are now animated by a constant vibration – explains Davide Balliano – A heartbeat, a repetitive and regenerating movement in which each element is similar but different. Like the minutes all the same spent waiting, understanding and thinking. Instead, the sculpture cooled, losing the organic heat of the ceramic. The result was a cold, monolithic, mirroring object. A concave shape, which I feel like an architecture containing a central silence. A chimney built to describe the column of void that supports it. And this form contains, collects and in some way responds, returning our gaze. Like a sphinx who answers our questions with steady and inscrutable eyes. This is the beating heart of the exhibition, the central tension on which each element revolves. This cold and neutral metal pillar is the gaze that fixes Susanna, the source of the much desired answers, the end of The Waiting. The pictorial elements and the sculpture are my new contribution to this exhibition, the legions I bring to my duel with Martini”. 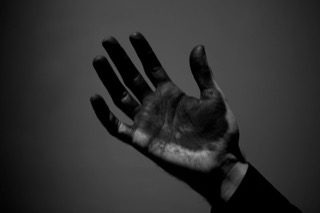 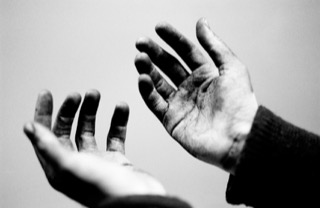 The exhibition is completed by some photographs that testify to three distinct actions part of a single project Giving my back to the night I heard you lying to a giant: a reflection on the mystery of waiting for sleep. A daily moment in which we prepare to give up everything we are, letting the control of our body, rational thinking and the principle that binds cause and effect melt, breaking into the madness that is of dreams. 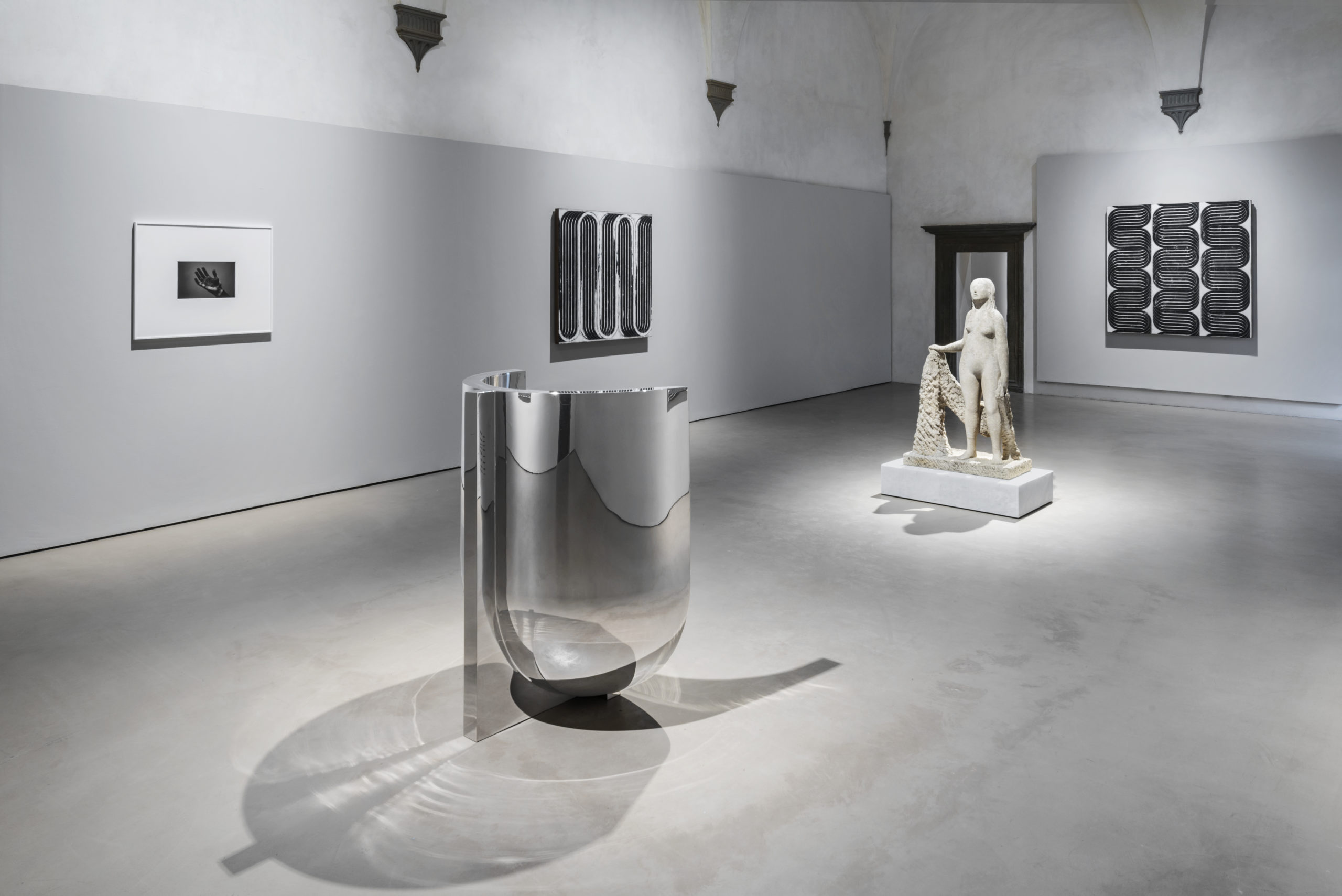 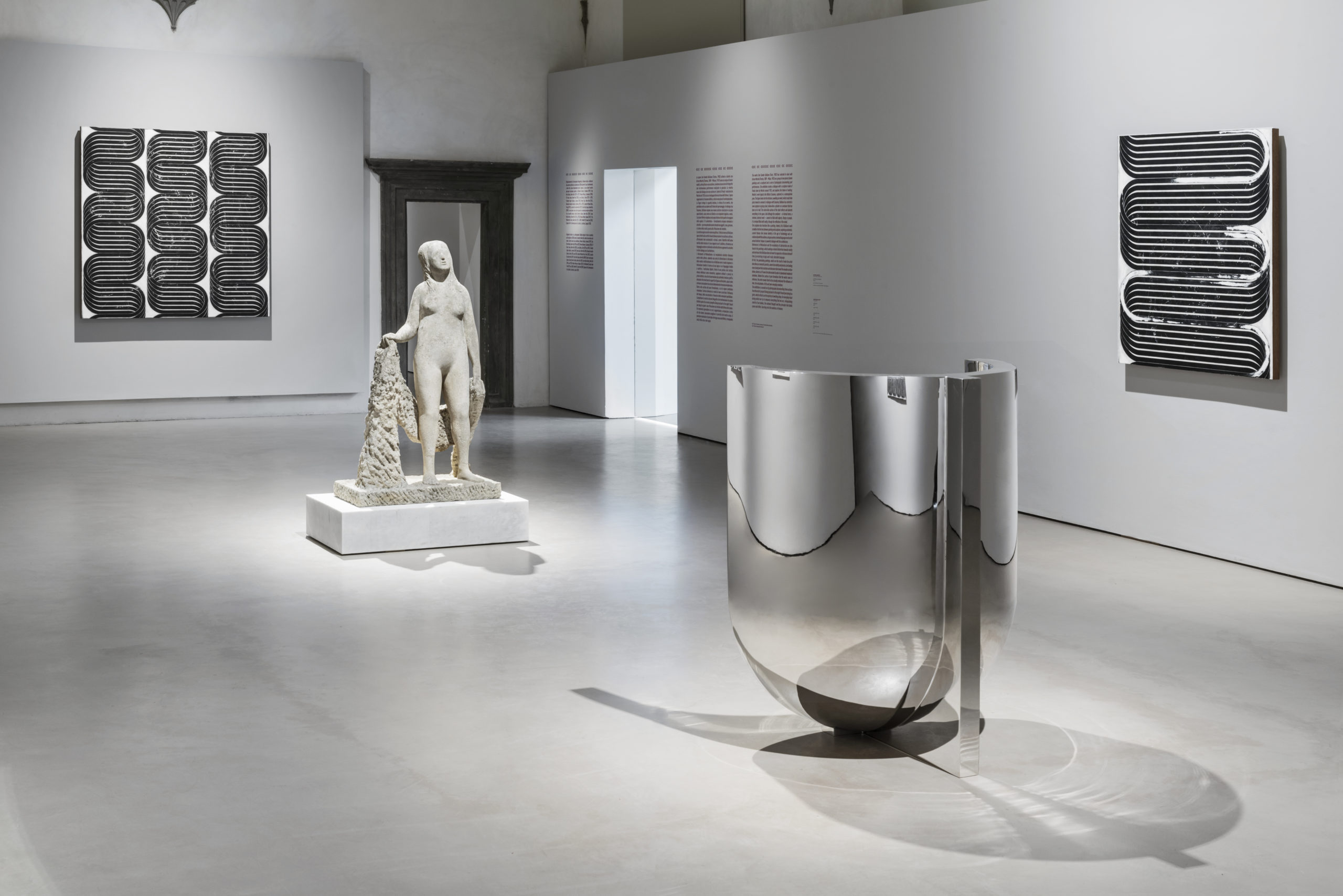 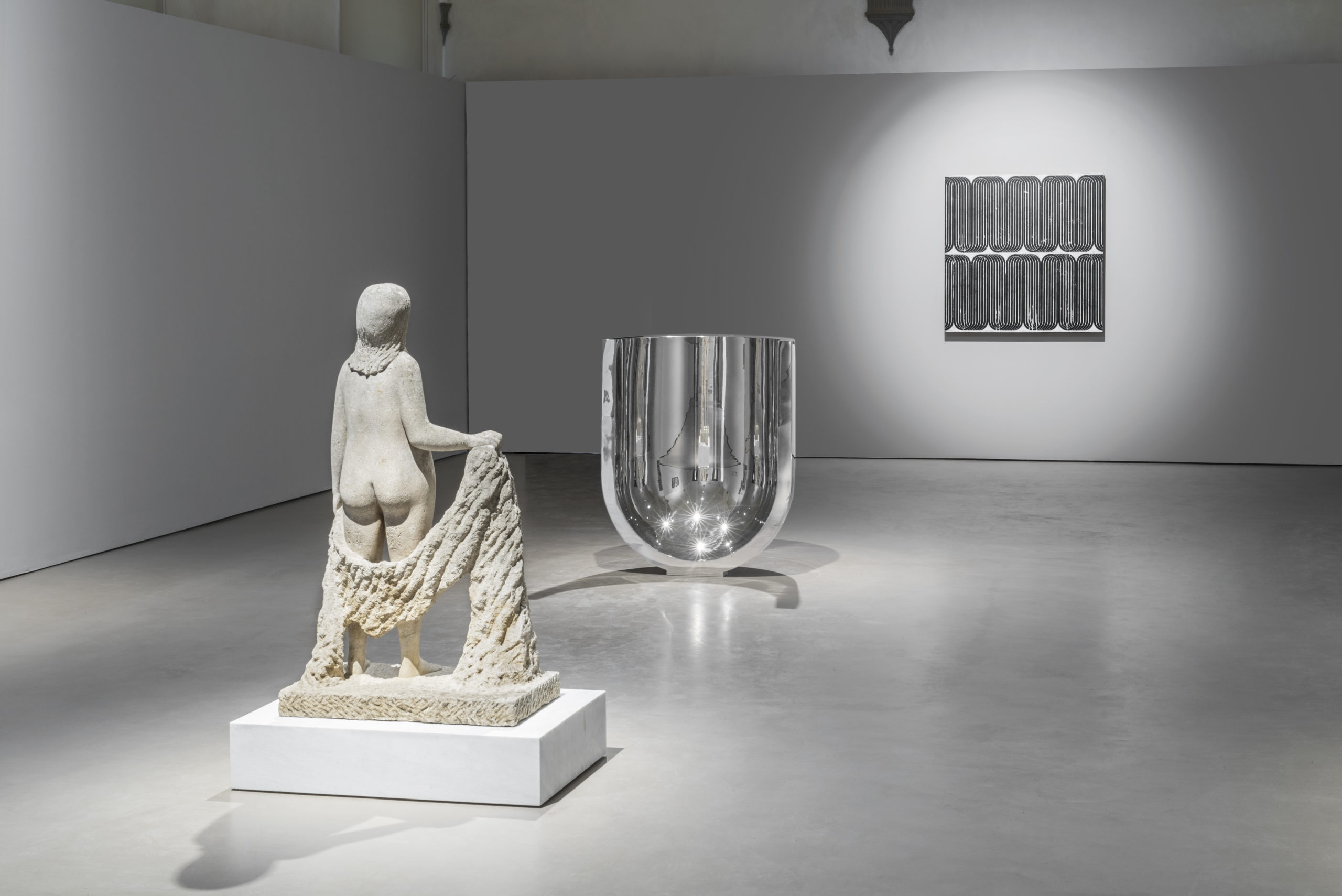 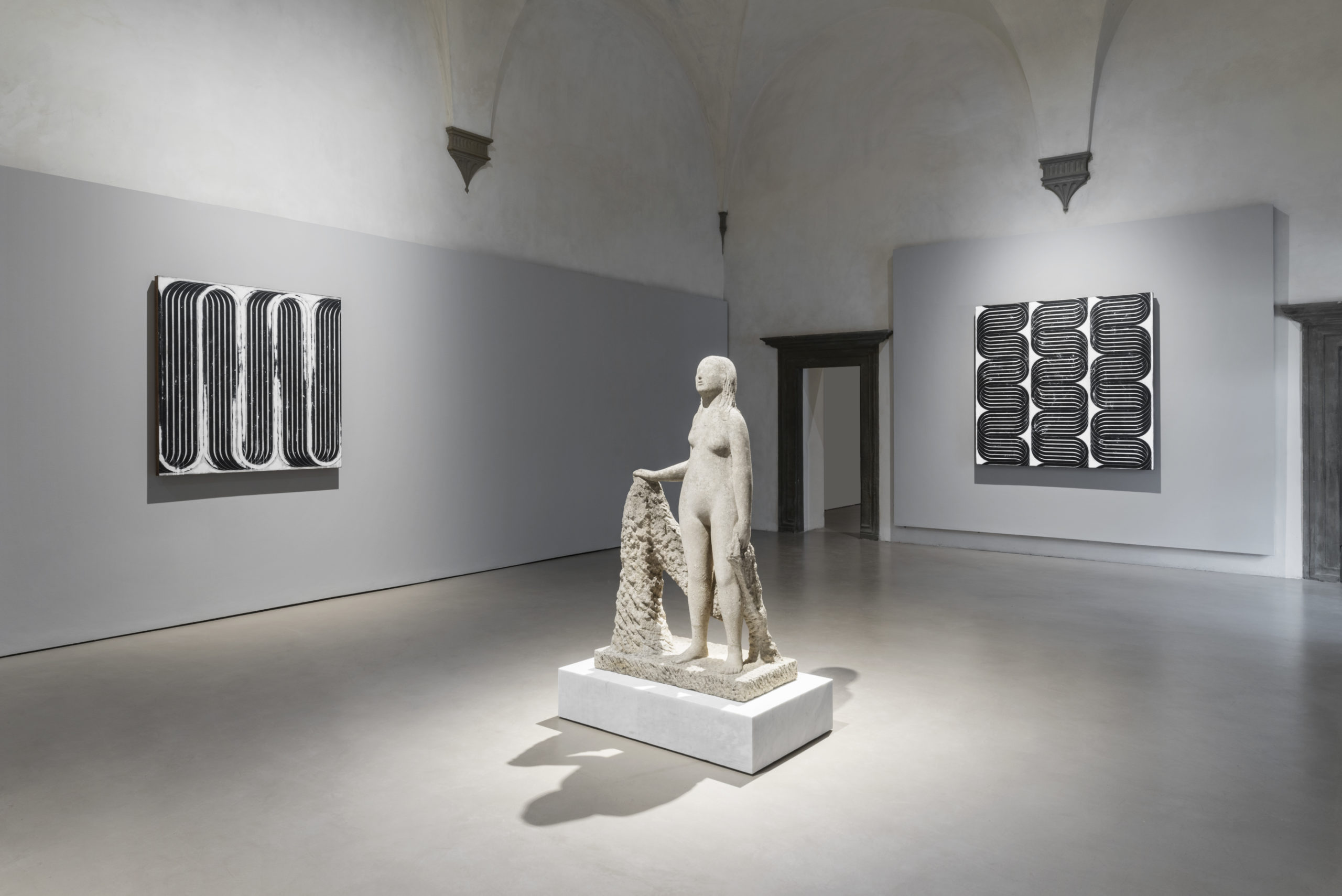 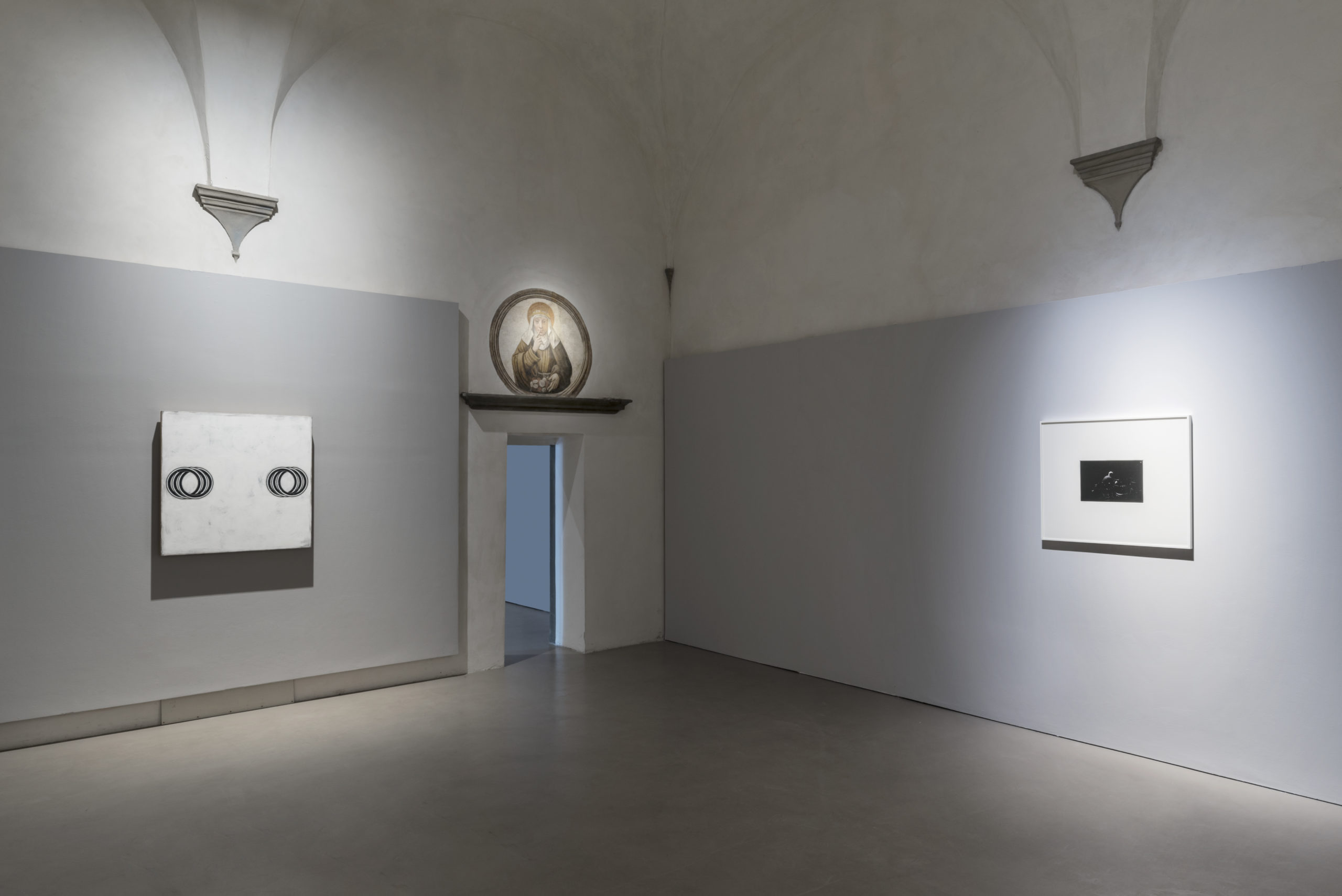 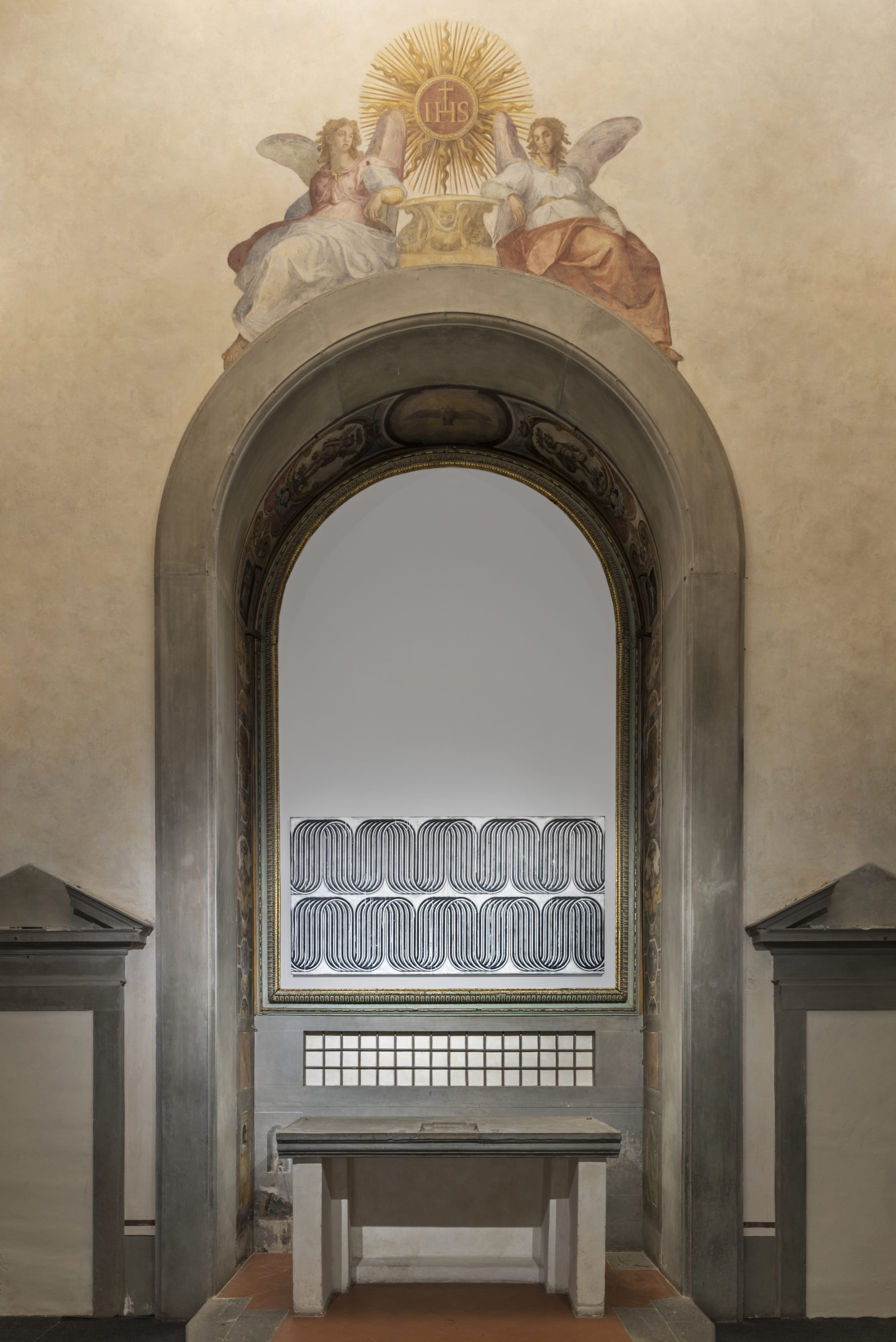 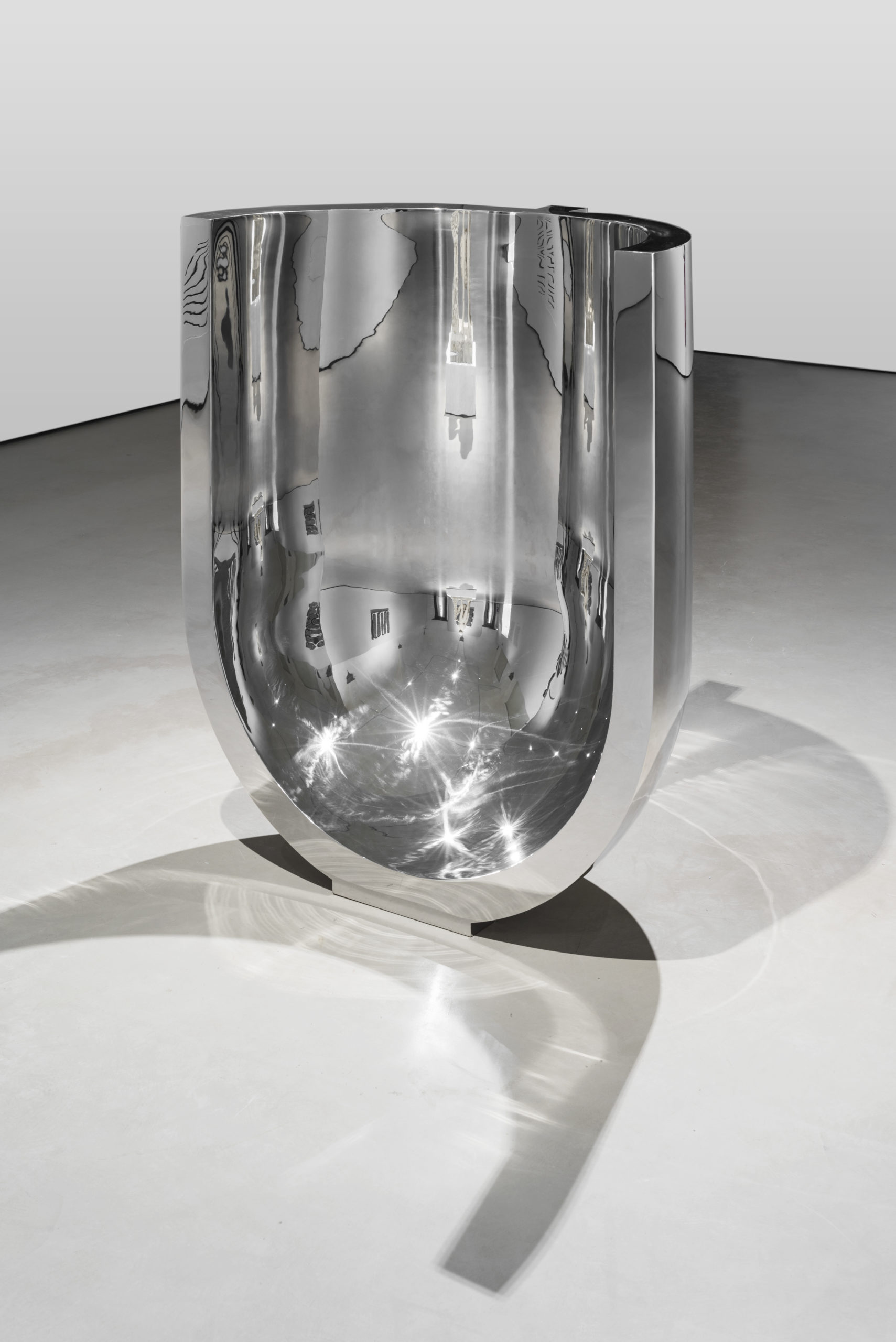 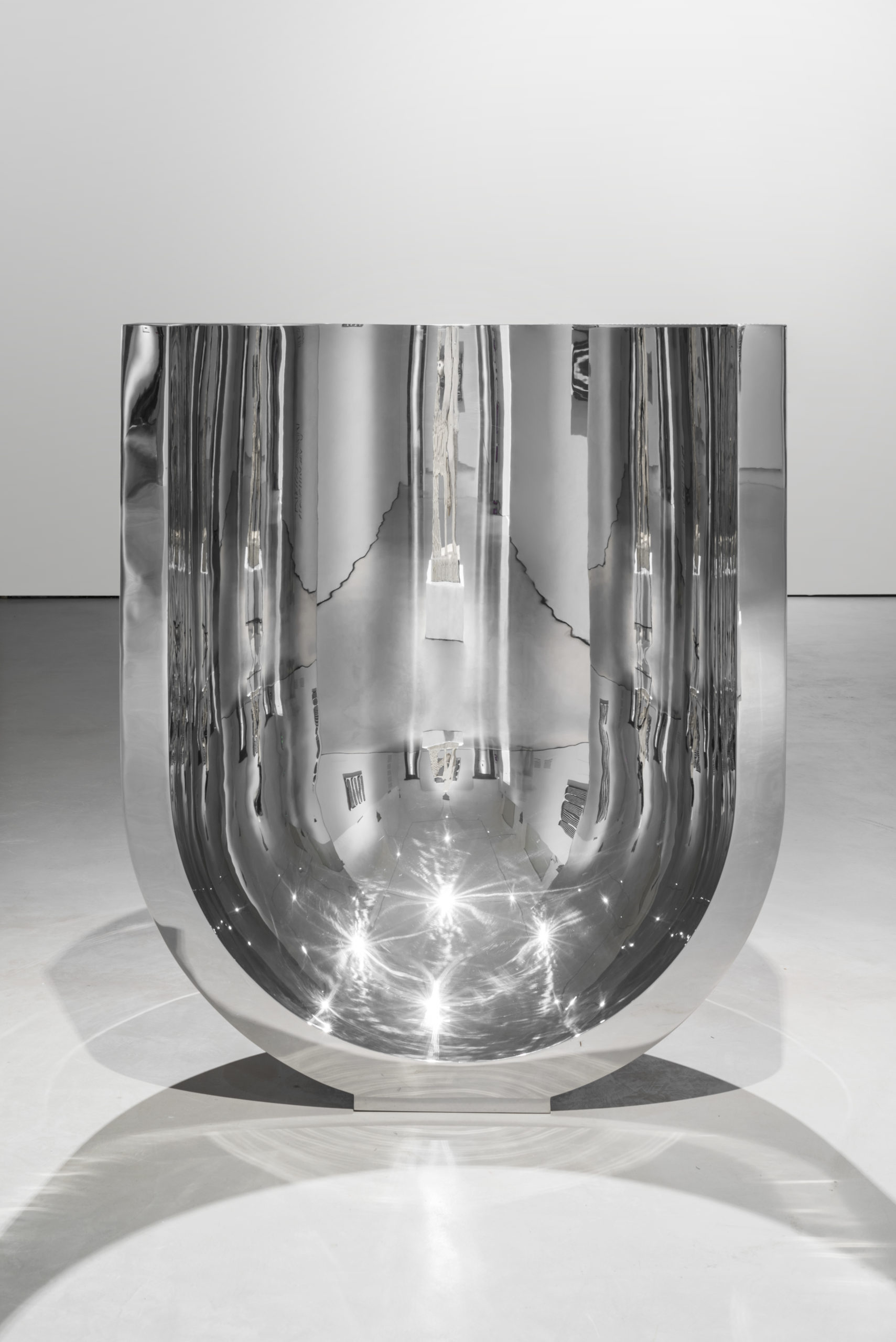 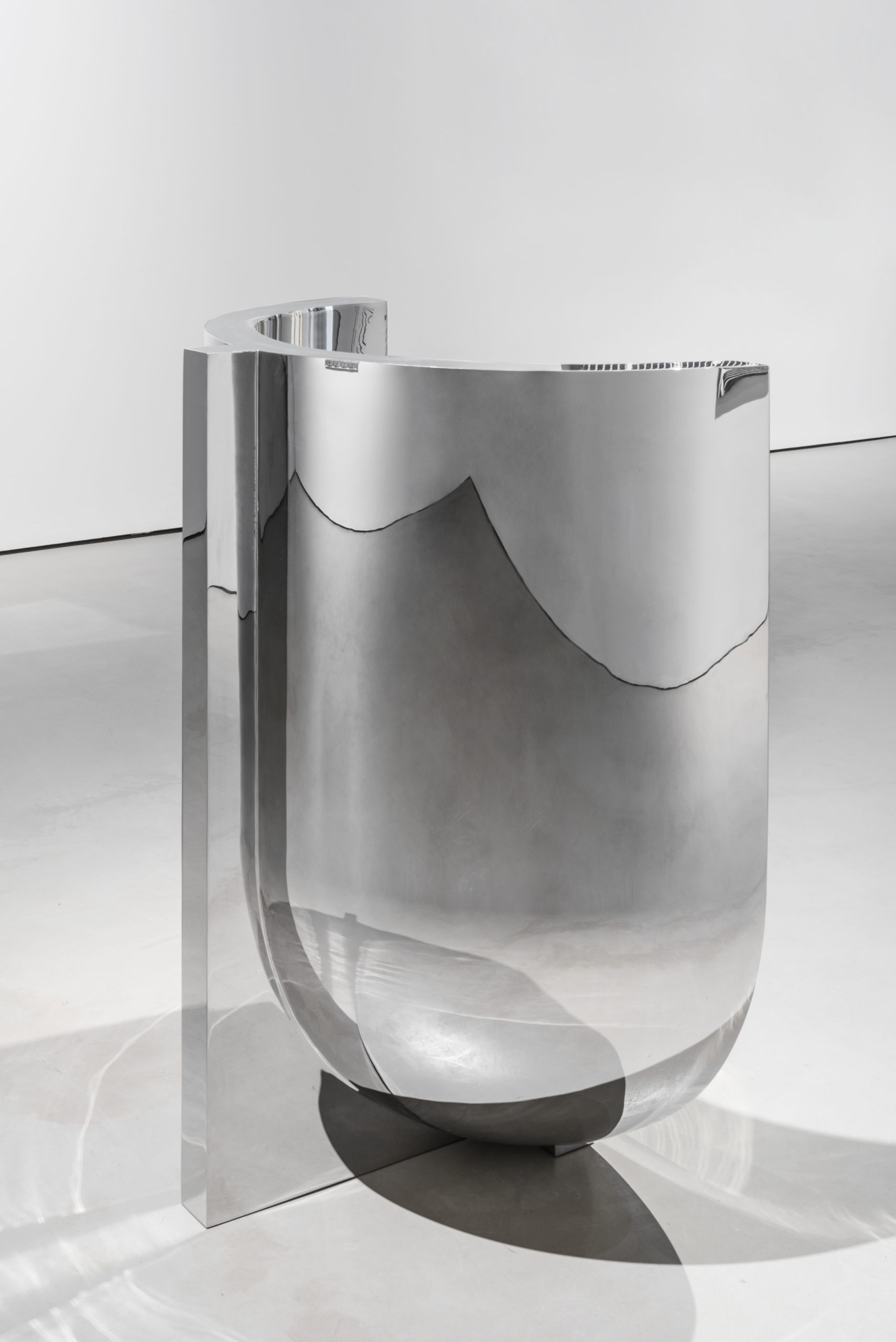 Ideation and Curated by