With this new exhibition project, the Museo Novecento continues its activity of enhancing the artists present within the Florentine civic collections. A scientific project started in 2018 with the exhibition dedicated to Emilio Vedova and continued with monographs dedicated, among others, to Mirko Basaldella, Mario Mafai, Arturo Martini, of which a large number of works are present in the permanent collection.

The exhibition pays homage to the audacious and continuous artistic-theoretical experimentation of Corrado Cagli (Ancona 1910 – Rome 1976), one of the most interesting Italian artists of the twentieth century, between the first and second half of the century. Painter and draftsman but also set designer, sculptor and creator of tapestries, Cagli is present in the collection of the Museo Novecento with a series of paintings, some sculptures and numerous graphics, donated to the city of Florence by the artist and his heirs a few years later from the 1966 flood, in response to the appeal launched by Carlo Ludovico Ragghianti to support the birth of an International Museum of Contemporary Art that would compensate the city for the wound inflicted by that tragic event. 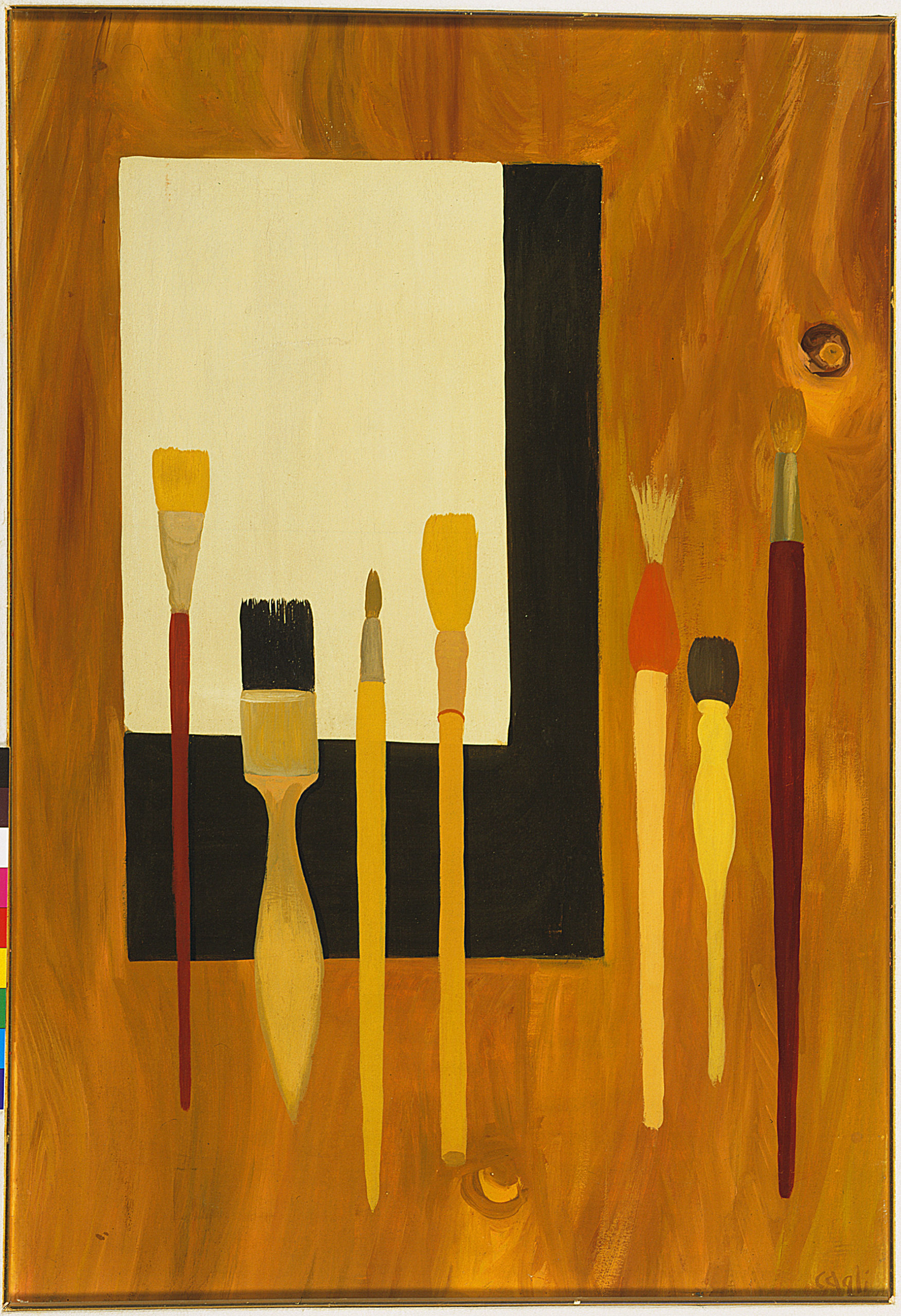 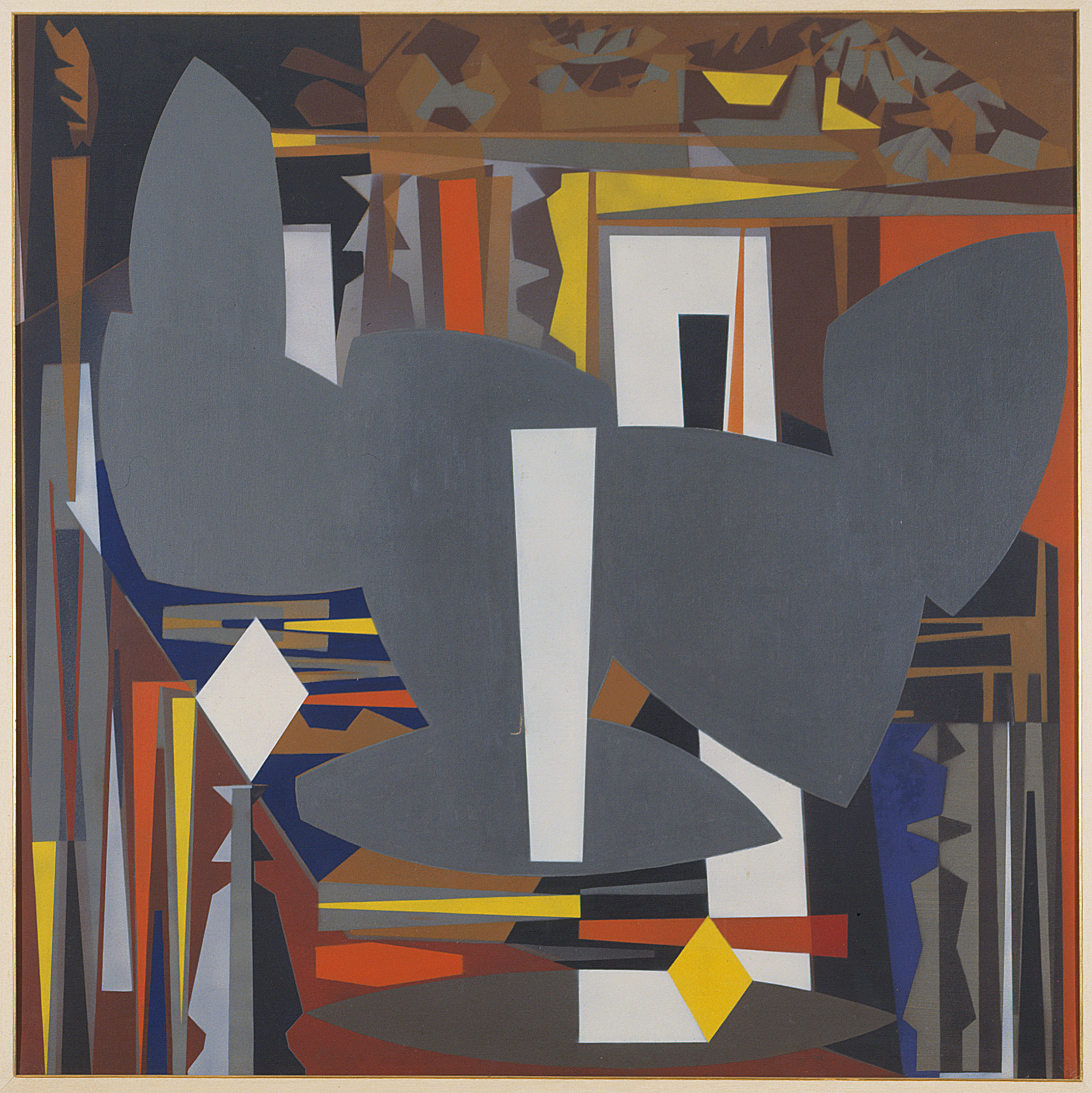 The exhibition itinerary presents a selection of works that retrace in a chronological sense some important junctions of Corrado Cagli’s creative parable, starting with the selection of works from the Thirties when, in parallel with the mural painting tests, Cagli reworked the lesson of the Roman School and he experimented with the traditional techniques of mosaic and encaustic. This is followed by the works of maturity, following his exile in France and then in the United States, where at the age of only 28 he was forced to move due to his Jewish origins and the tightening of the policies of the Fascist regime. These works are affected by the interest in international research and show how even in the fifties and sixties the artist did not give up pursuing a personal research on technique as well as on style, between abstraction and figuration. It then continues with the paintings on paper, the cartoons for tapestries and the graphic production to which the artist devoted himself especially towards the end of his activity.

Cagli interpreted art as a continuous research, as revealed by his multifaceted activity, difficult to categorize and often the subject of criticism and misunderstanding, especially in the years after the Second World War, deeply marked by ideological battles.

The title of the exhibition intends to highlight the extreme versatility of the artist, recalling a definition coined by Carlo Ludovico Ragghianti on the occasion of the great anthology held in 1972 in Florence in Palazzo Strozzi. The critic in fact defined Cagli as a ‘Copernican artist’, wanting to underline the visionary and revolutionary impetus that animated his artistic and theoretical production. 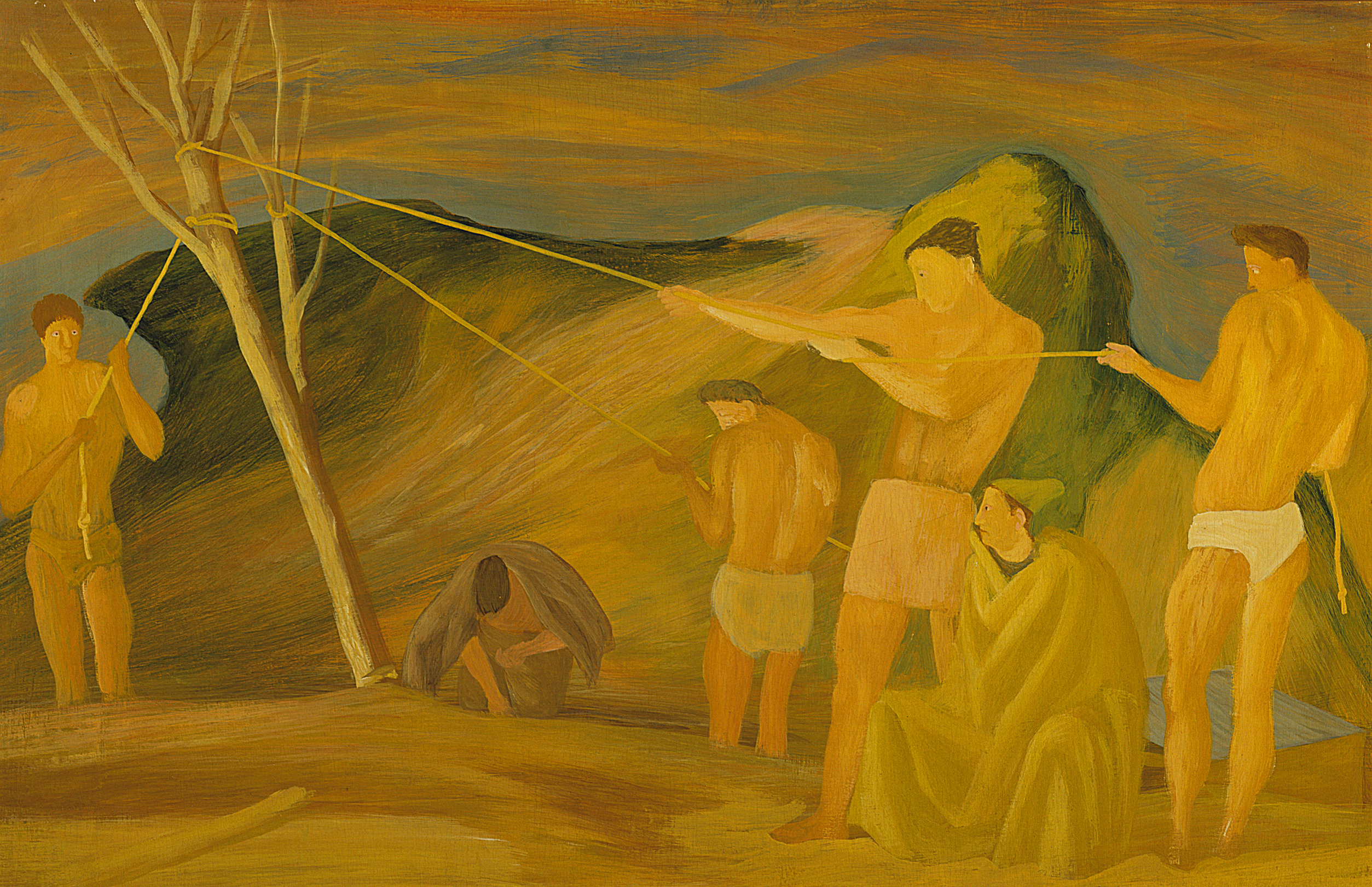 Among the most important Italian artists of the twentieth century, Cagli trained in Rome where, having moved with his family in 1915, he attended the Academy of Fine Arts. From an early age he cultivated a keen interest in fresco wall decoration, creating some cycles with themes related to work. From 1929 he also began the activity of ceramist in the Reggiani factory in Umbertide, approaching the déco linearism and futurist solutions of Gerardo Dottori. Returning to painting, in 1932 he held his first solo show at the Galleria di Roma, where in the same year he exhibited together with Giuseppe Capogrossi and Emanuele Cavalli, with whom he established a strong bond, giving life to the Group of new Roman painters and reworking the lesson of Roman school of via Cavour. For the rooms of the Milanese Triennale of 1933 he executed the large mural painting Preludi della guerra, supporting his adhesion to large-scale painting in the article-manifesto Muri ai pittori, in which the social function of monumental art alongside the value of the primordial, in opposition to the classical twentieth century formalism. On this register, he created large wall panels for the II Quadriennale of Rome (1935) and, again for the Milanese Triennale of 1936, the Battle of Solferino and San Martino, with references to Italian fifteenth-century painting; the following year he was in Paris to decorate the vestibule of the International Exposition with monumental landscapes of Rome and famous figures of Italian history and culture. Alongside his large-scale production, he combines an easel painting with intimate themes and figures immersed in landscapes such as I neofiti, participating in the most important Italian exhibitions. Following the racial persecutions, he found refuge in 1938 in Paris and soon after in New York, where he continued his pictorial activity and, having become an American citizen, he volunteered in the army taking part in military activities in Europe, from which the Drawings were born. of war. Back in America, where he remained until his transfer to Rome in 1948, he became interested in the various post-Cubist and expressionist experiences, setting his work on a double register, abstract and figurative, in a research on new languages ​​that would lead him to experiment continuously. Together with his activity as a decorator, from the 1950s he devoted himself to scenography and assembly sculpture, and then in the 1960s he created cycles based on informal or material suggestions such as papers. From 1970-73 is the monumental work created in Germany in Göttingen to commemorate the synagogue destroyed by the Nazis, which was accompanied, in the last years of its activity, by a return to figuration, especially in graphics. 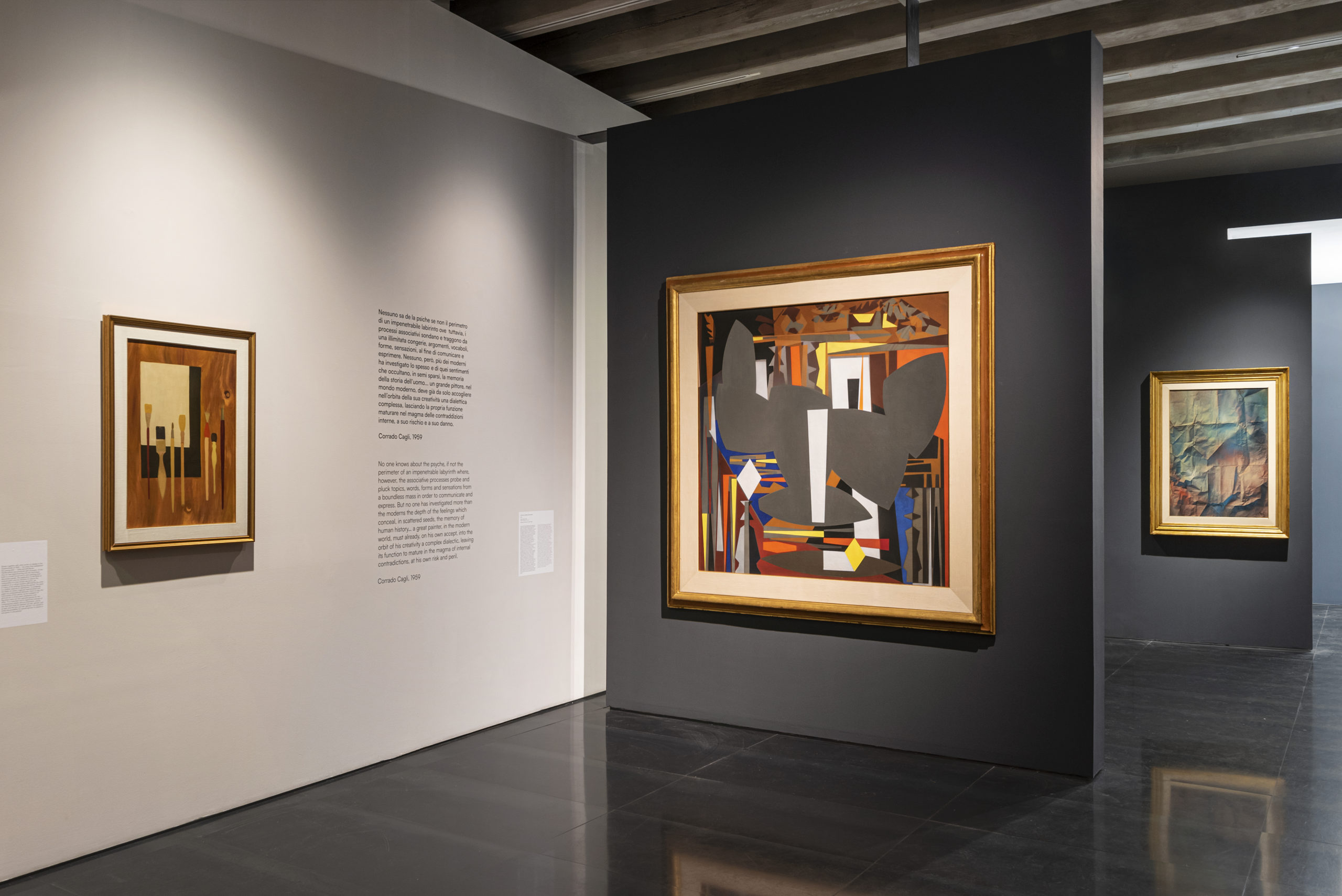 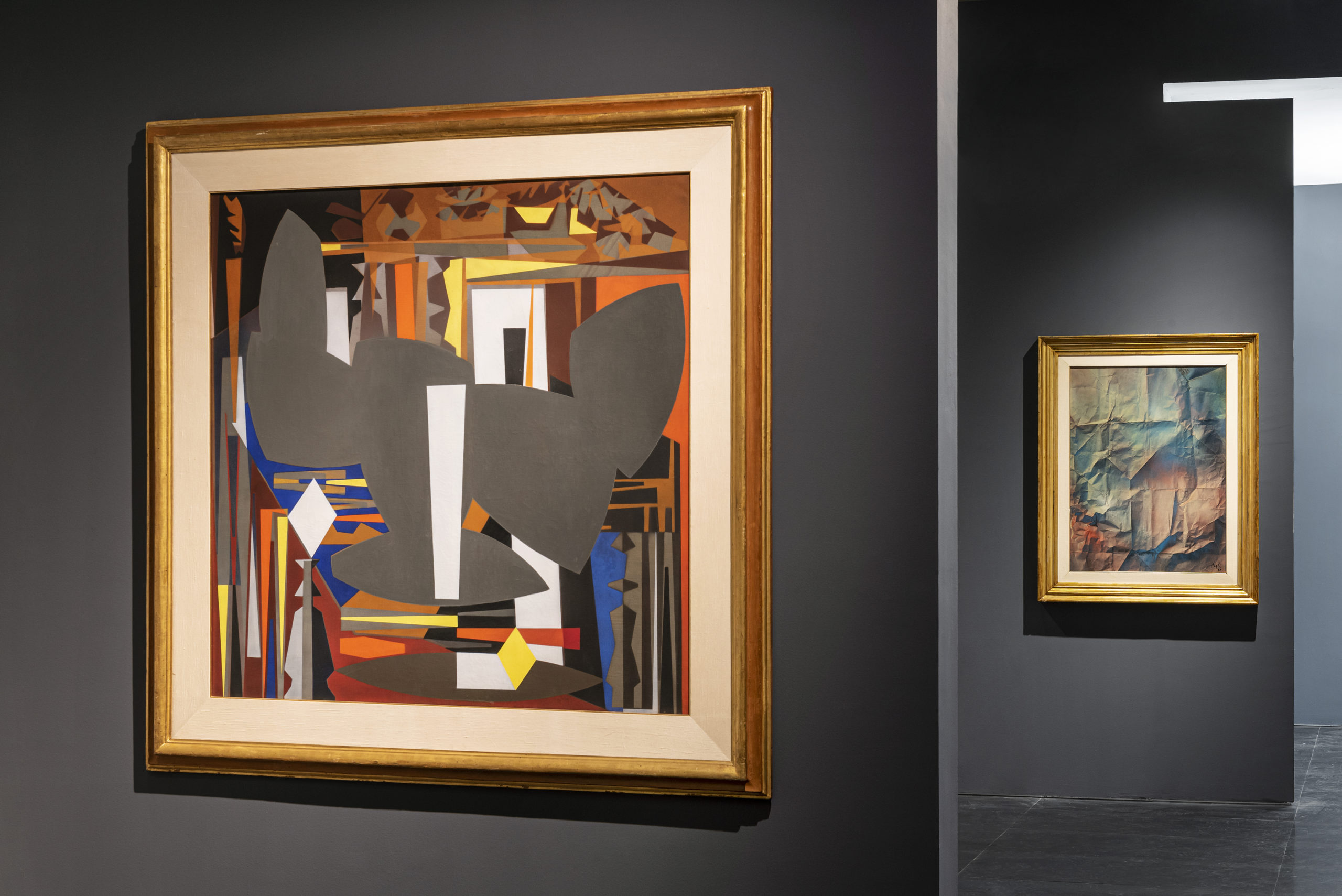 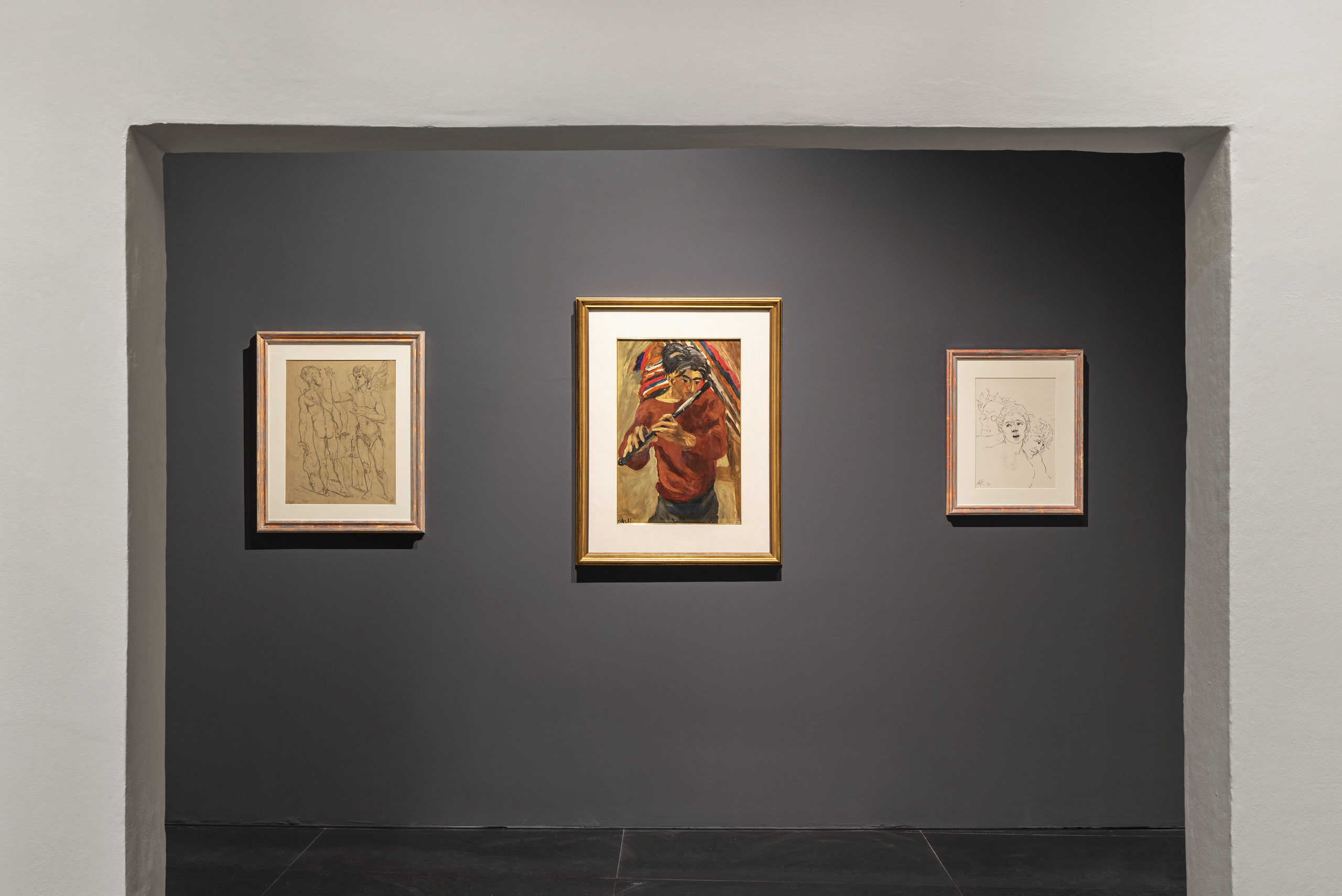 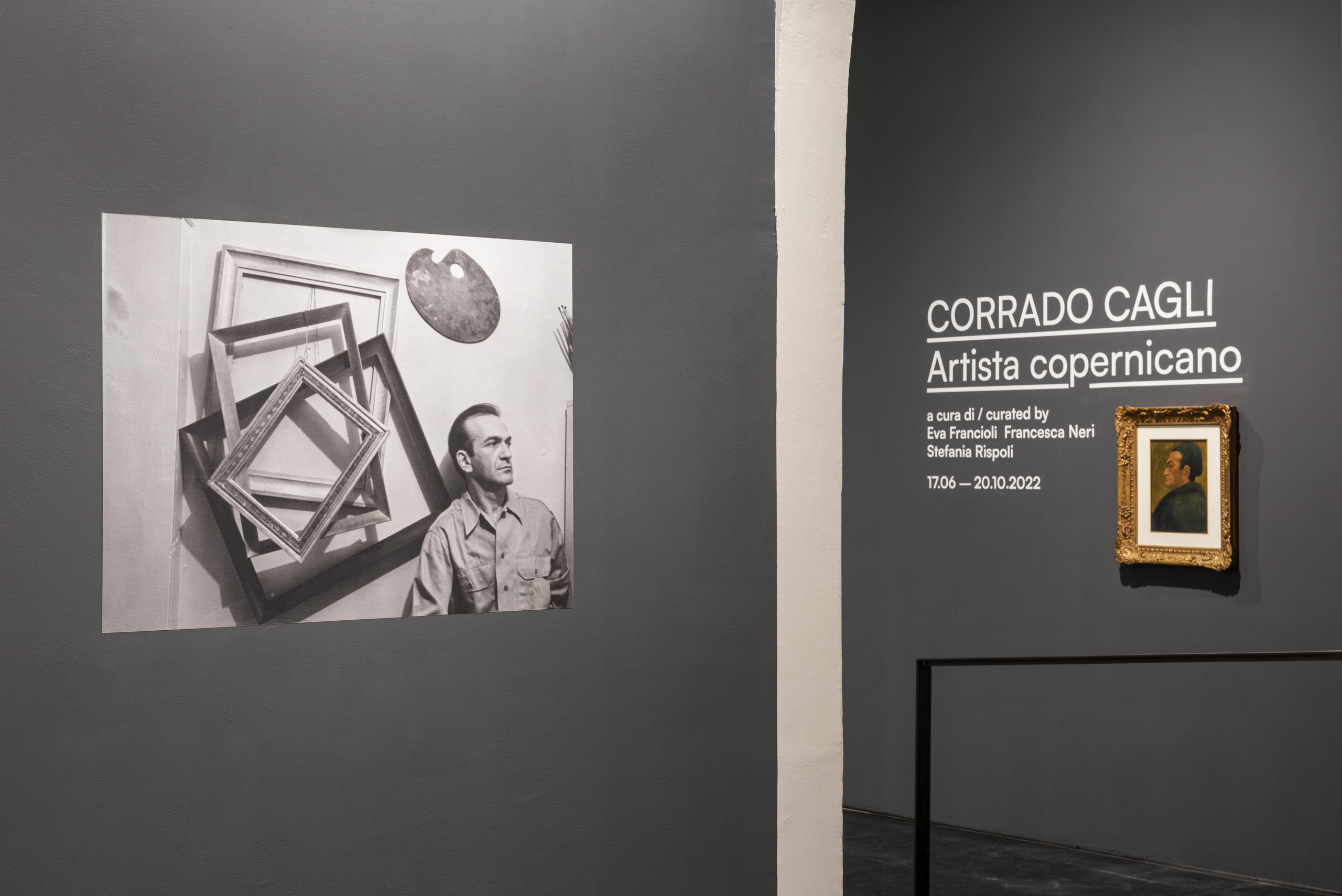 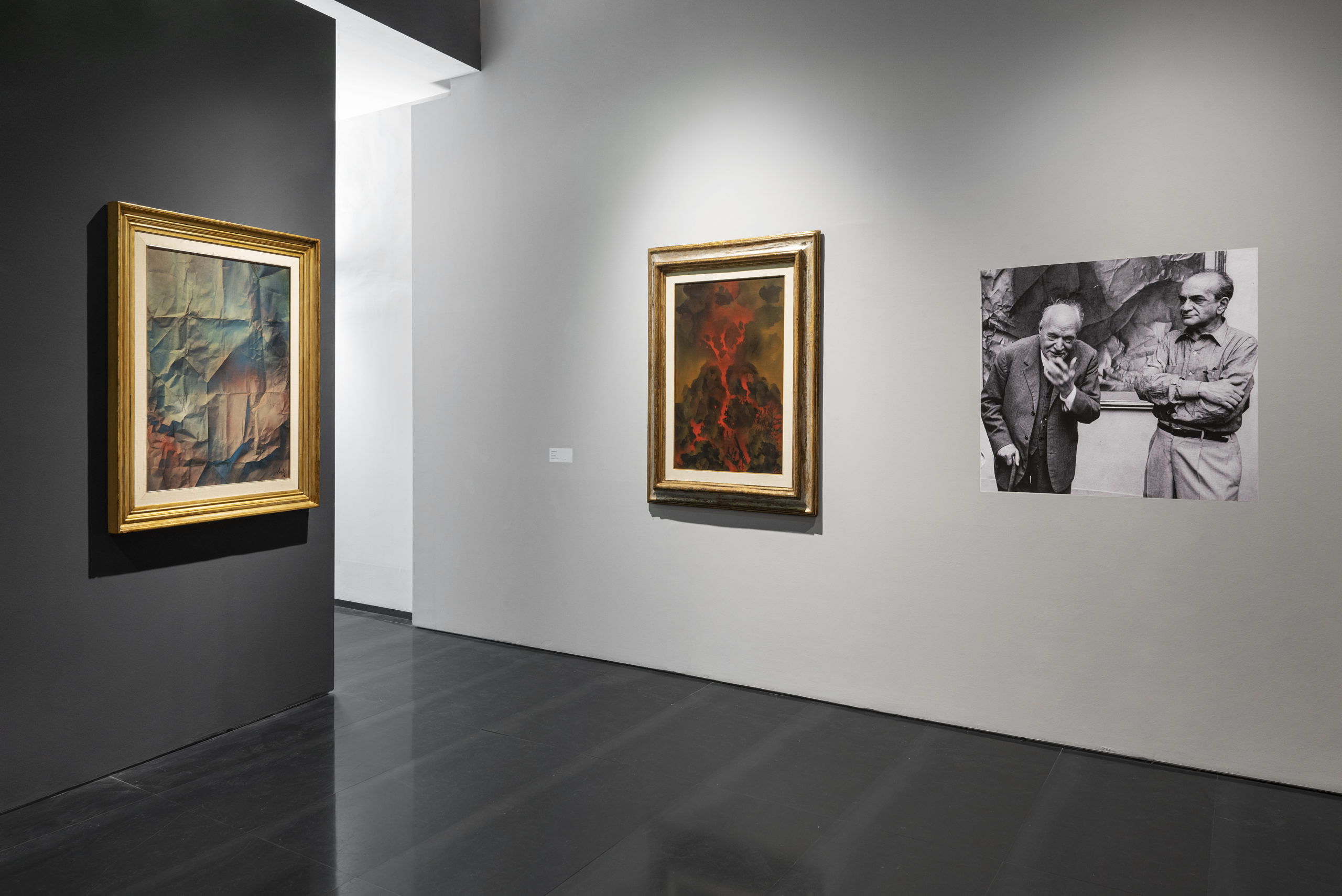 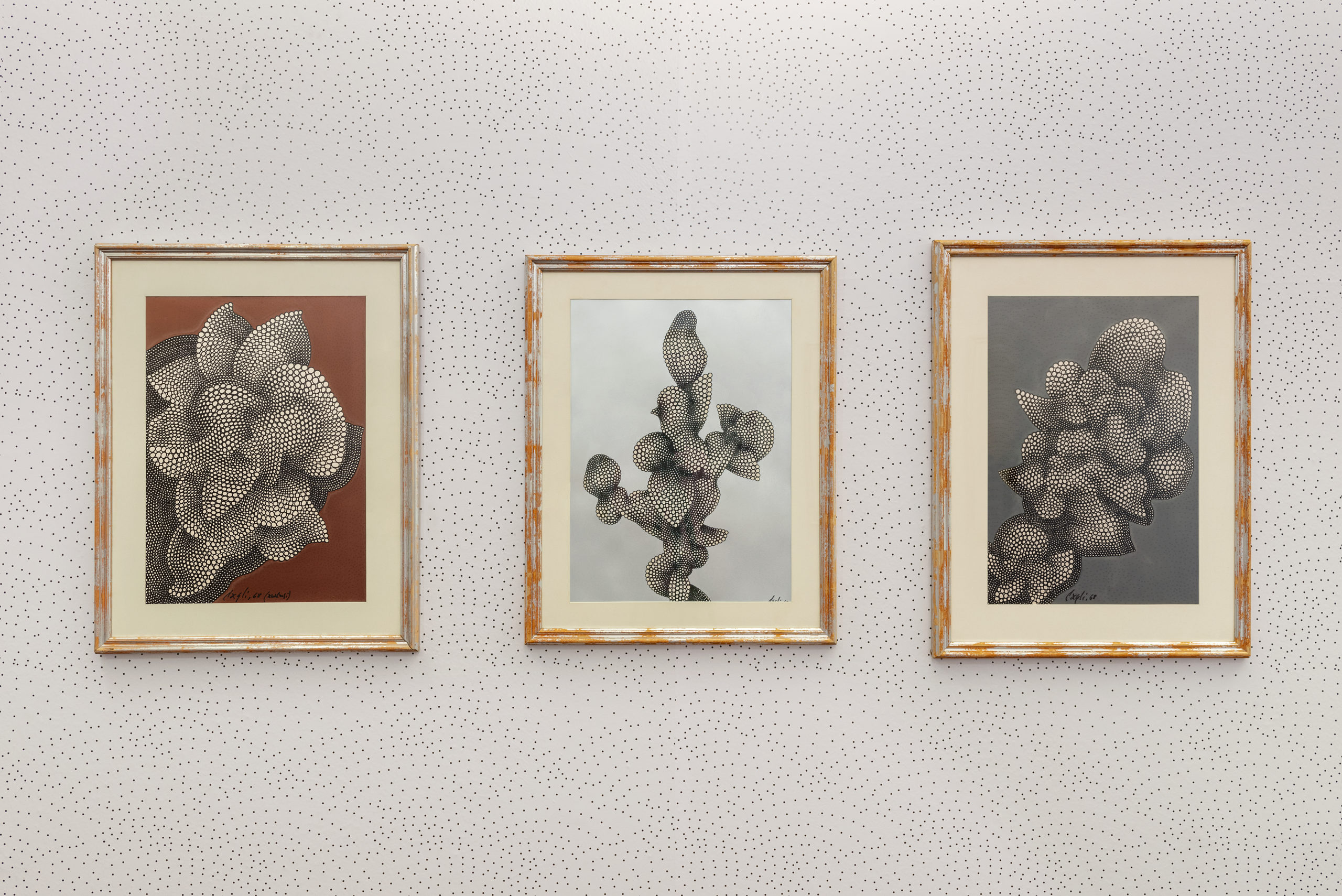 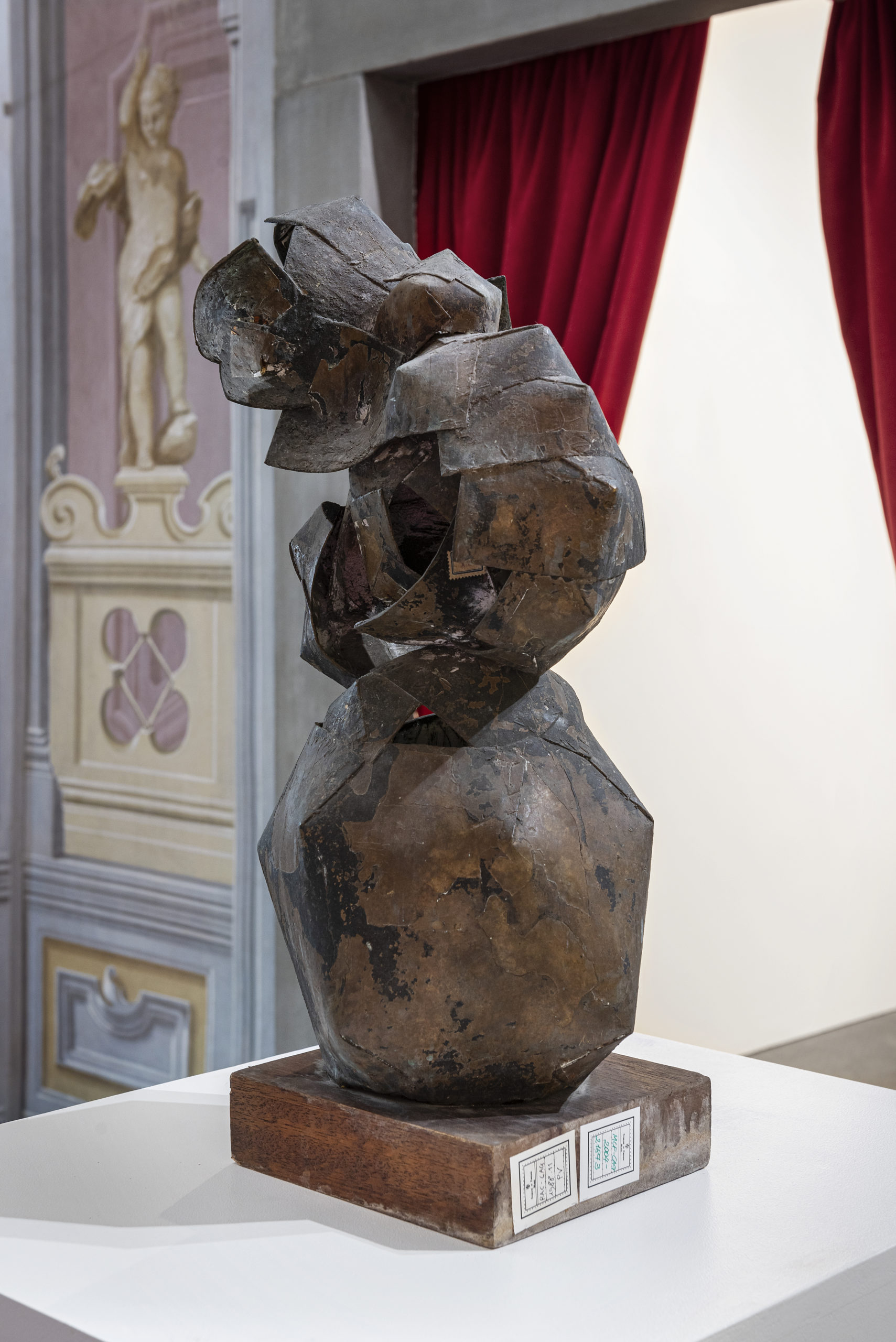 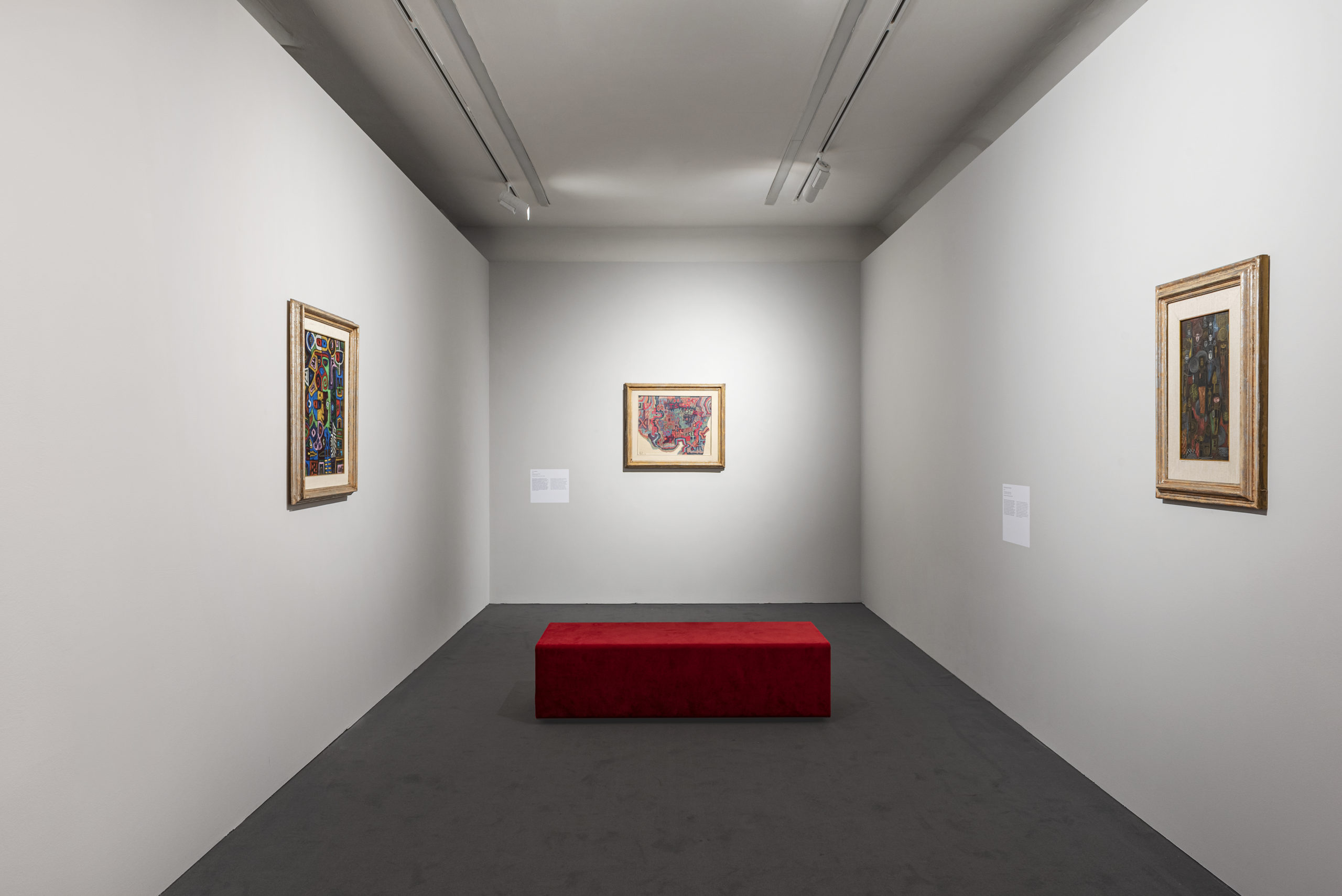