The fifth appointment of Campo Aperto, hosted in four rooms on the first and second floor of the museum, is dedicated to Emanuele Becheri and a selection of over one hundred works including sculptures and drawings.

The fifth appointment of Campo Aperto is dedicated to Emanuele Becheri (Prato, 1973), hosted in four rooms on the first and second floor of the Museo Novecento from 24 January to 14 September 2020. With a selection of over one hundred works including sculptures and drawings, the exhibition, curated by Saretto Cincinelli and the artistic director of the Museo Novecento Sergio Risaliti, focuses on that border area where the two means of expression meet, where, as the artist says, “the stroke of drawing coincides with that of modeling“.

Through a layered path, the exhibition Emanuele Becheri. Sculptures and drawings “overflows” from the context reserved for the exhibitions usually proposed in the Campo Aperto review to enter the historical collection of the Museum. A “spatial dissemination” that goes hand in hand with a plurality of exhibition declinations. 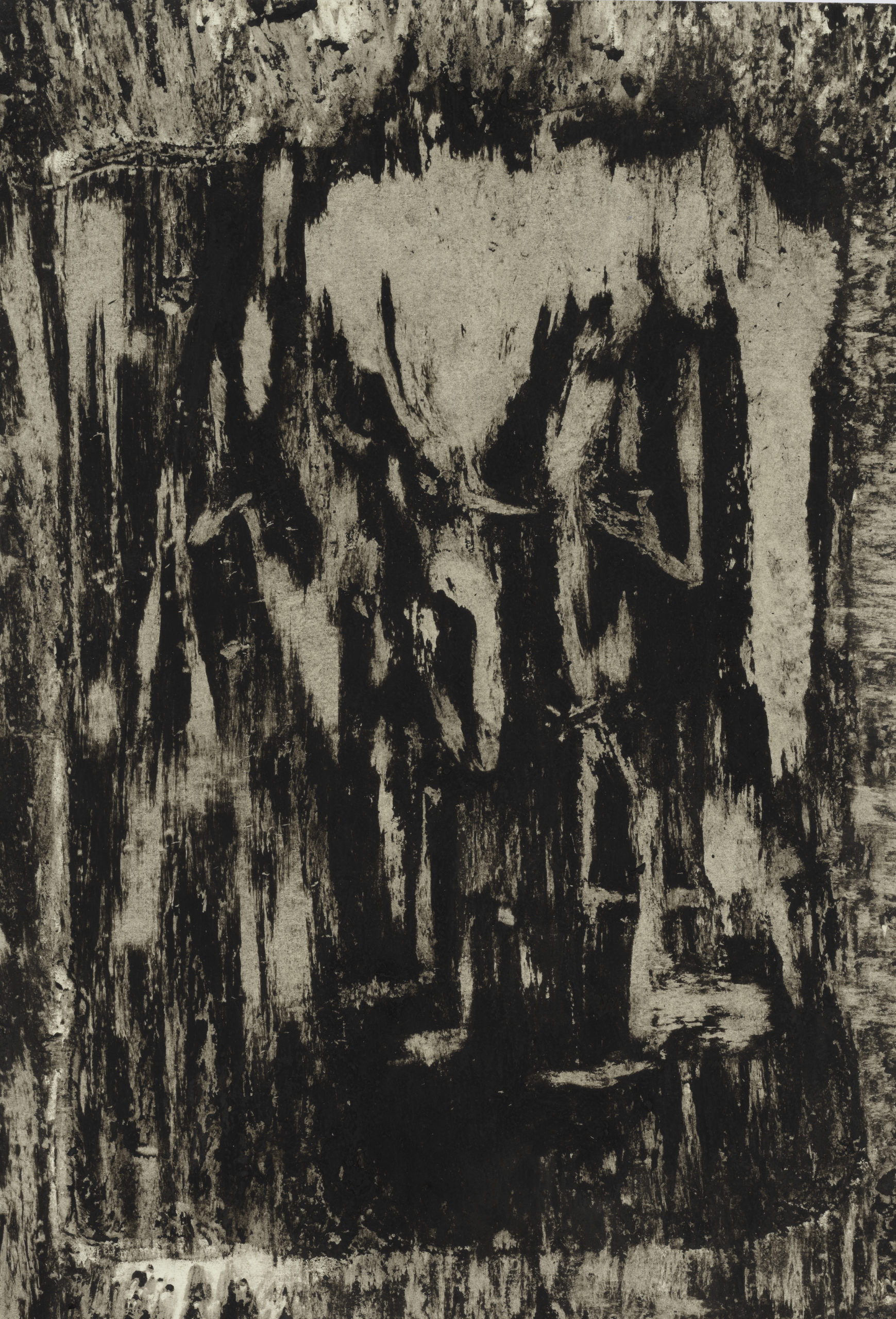 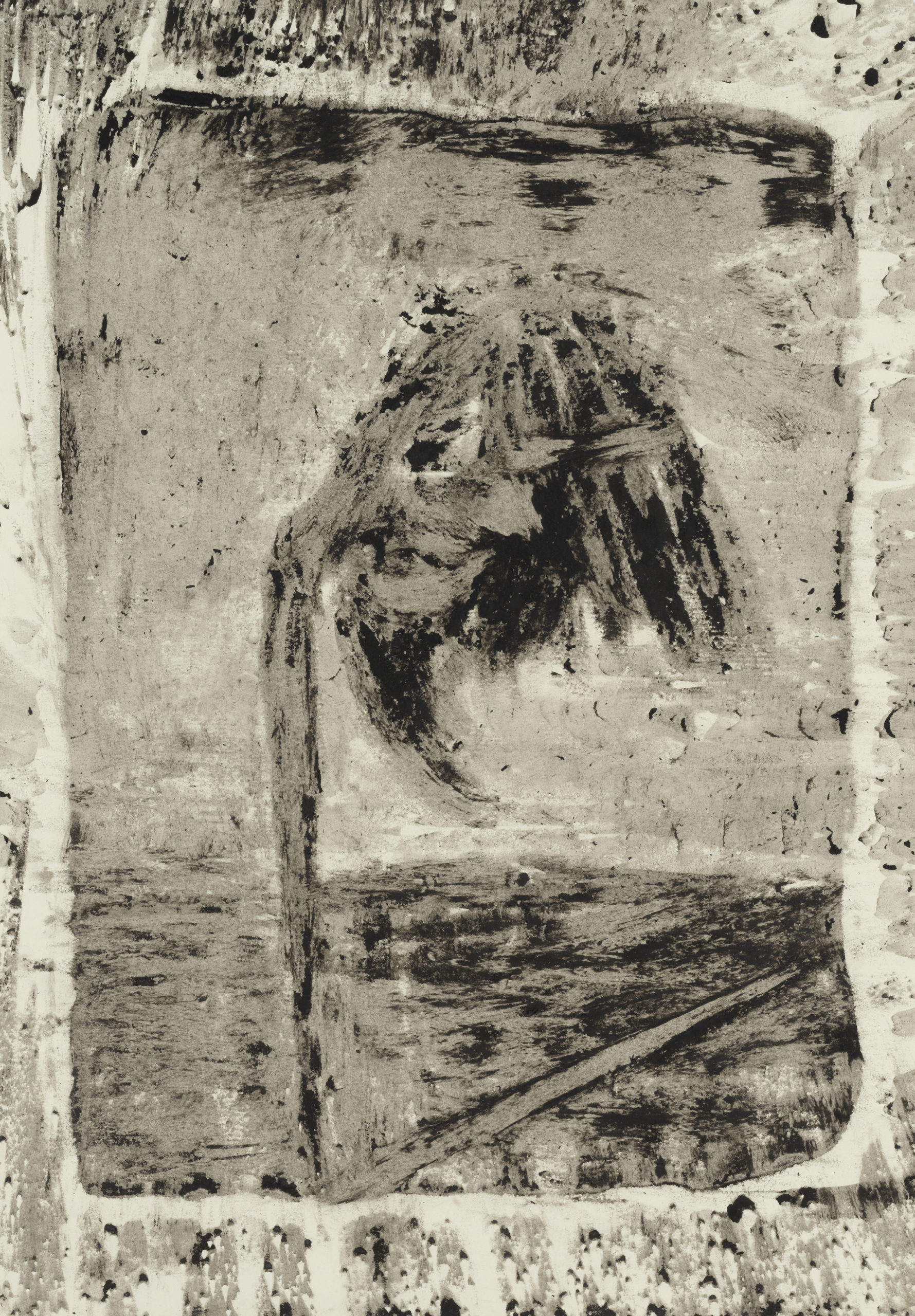 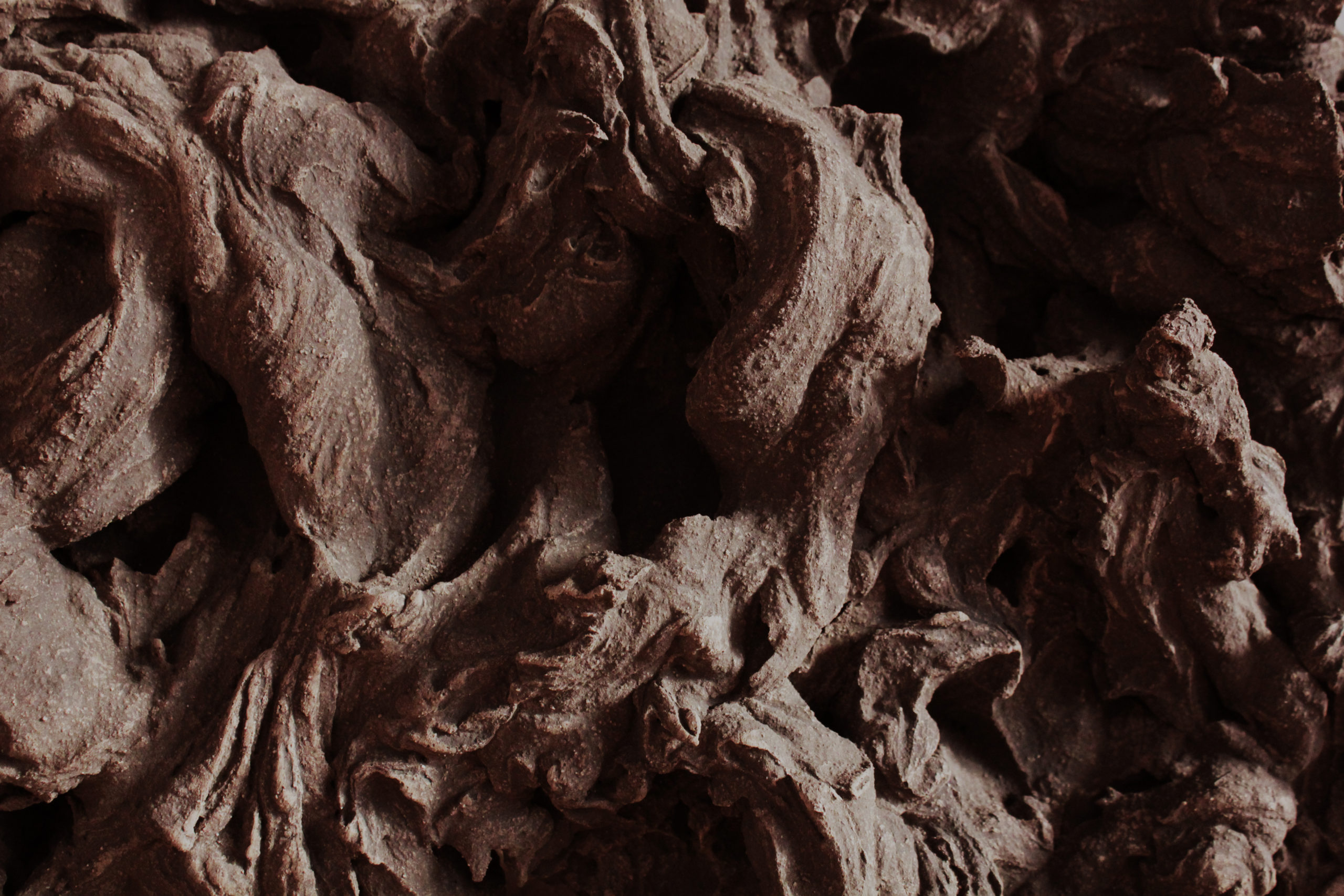 On the second floor, some sculptures by the artist are proposed in their isolation within a space that allows you to contemplate the infinite variation of points of view while others, located in the permanent collection, can be appreciated in relation to works by masters of the Twentieth century. An unusual display mode – a group of 100 sculptures divided into the space of three contiguous display cases – seems to deny access to any singularity to enhance a vision of the work as a whole, proposing a fruition that refers directly to the artist’s studio. , where each sculpture, from the smallest of just two centimeters to those of larger dimensions, is placed on a shelf, in a proliferation that finds its order for scaling work needs.

On the first floor, among the drawings, in the Releases or in the Untitled (Shining), the curling or curling of the support – produced respectively by the drying of the snail slime left to wander on large black photographic background papers or by the impressed twist from the artist’s action – indicate the placement of the work in a territory halfway between drawing and sculpture. A borderland where drawings made with “pongo” sprout, works in which the plasticine bar – which acts as both a pencil and a stylus – simultaneously performs the function of drawing lines and removing them, through a practice that tends to transform the drawing into a sort of ultra-thin bas-relief (inframince). 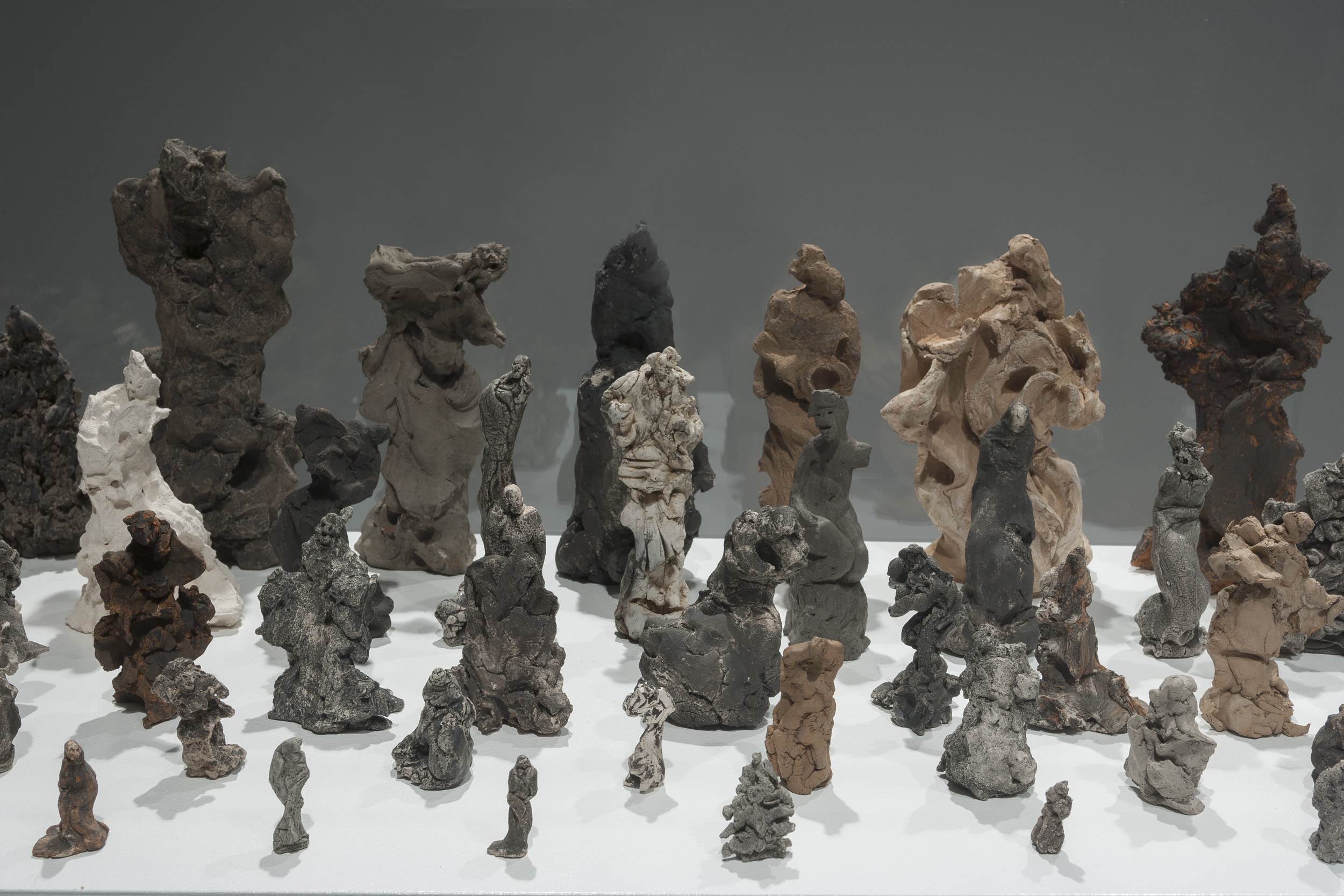 (Prato 1973) appeared on the art scene in 2004 with Folded Cards, a cycle created in total darkness, in which the question of the image is resolved in the trace of its inscription. ‘The event of blind drawing’ becomes ‘blind drawing of an event’ in the Shining series (2007), in which the artist frees (with an evident reference to the Coup de dés Mallarme) some snails on large black papers placed on the floor, leaving them unconsciously tracing mother-of-pearl lines: a work that is resolved in the map of the wanderings left by the mucus from the gastropods on the paper. The progressive weakening of authorship pursued by Becheri continues to inform works whose realization is gradually delegated to external agents: the artist thus witnesses the becoming autonomous and never entirely predictable of his works, as in Combustioni (2008) and in Impressioni ( 2010). It will be the same prior acceptance of the aleatory that will lead Becheri towards sound experimentation and above all video, a medium that allows you to ‘expose time’ by capturing the contingency of happening, as in the three-channel video installation Time out of Joint and in other works. following. This phase of his research, amply documented by solo and group exhibitions in Italian and European museums and galleries, seems to come to a halt in 2015, when in the Va ‘Pensiero exhibition a cycle of ink drawings unexpectedly reintroduces the artist’s active participation in the formation of the work. From that date, through a subsequent cycle of drawings made with pongo, the artist arrived at the end of 2016 in sculptural practice, creating a series of terracotta works, proposed in 2018 at the Museo Novecento in the context of the exhibition Il Disegno del Disegno. 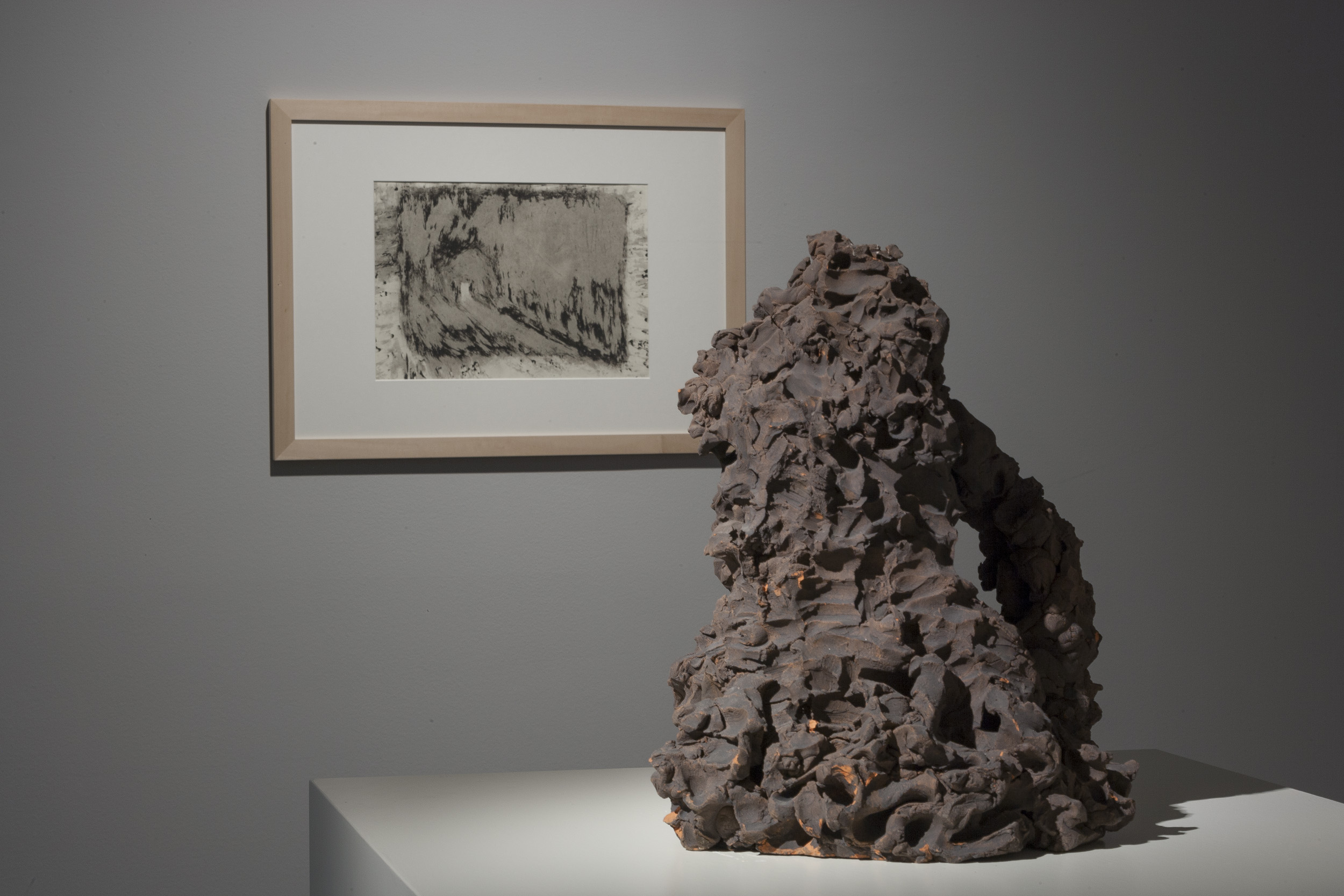 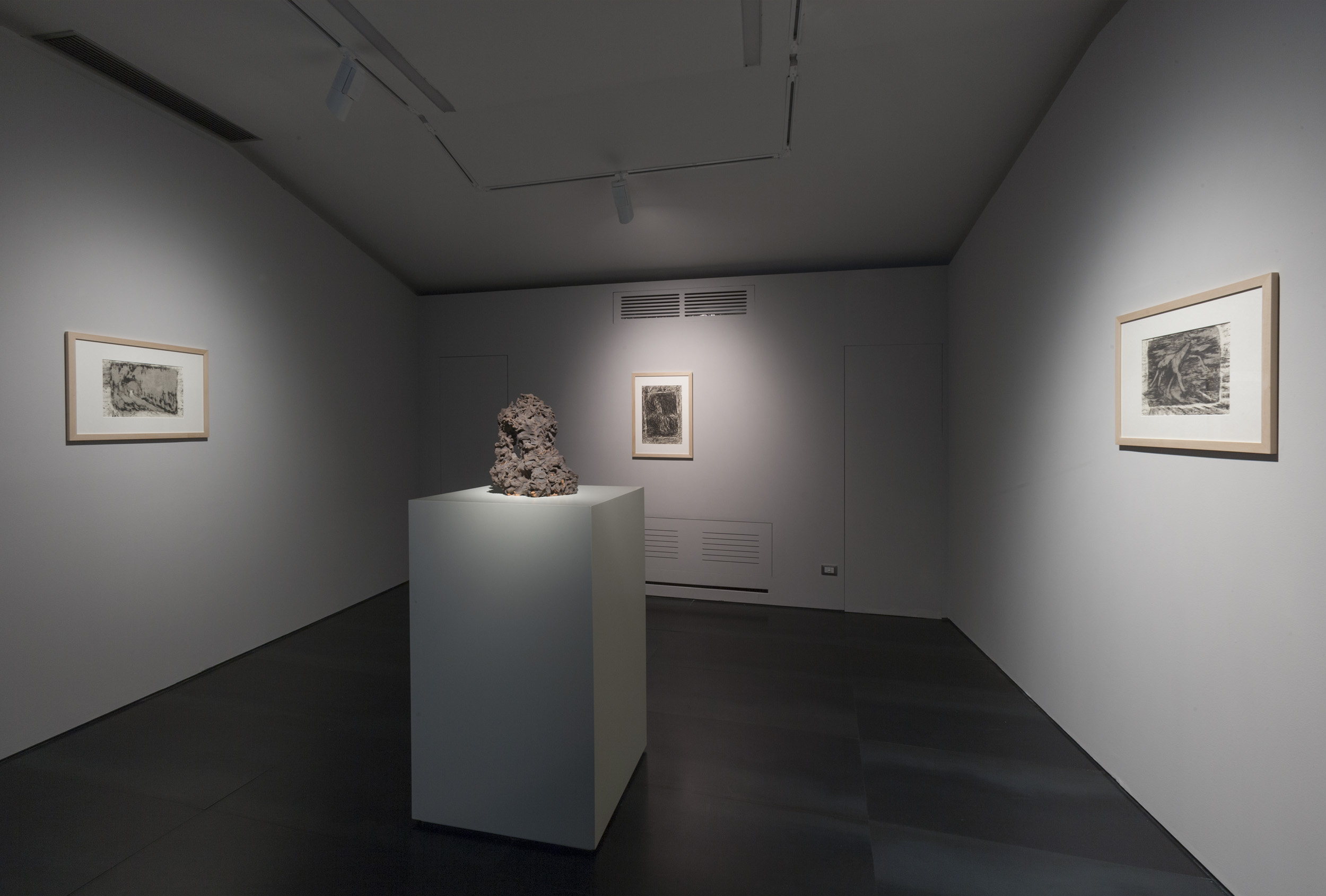 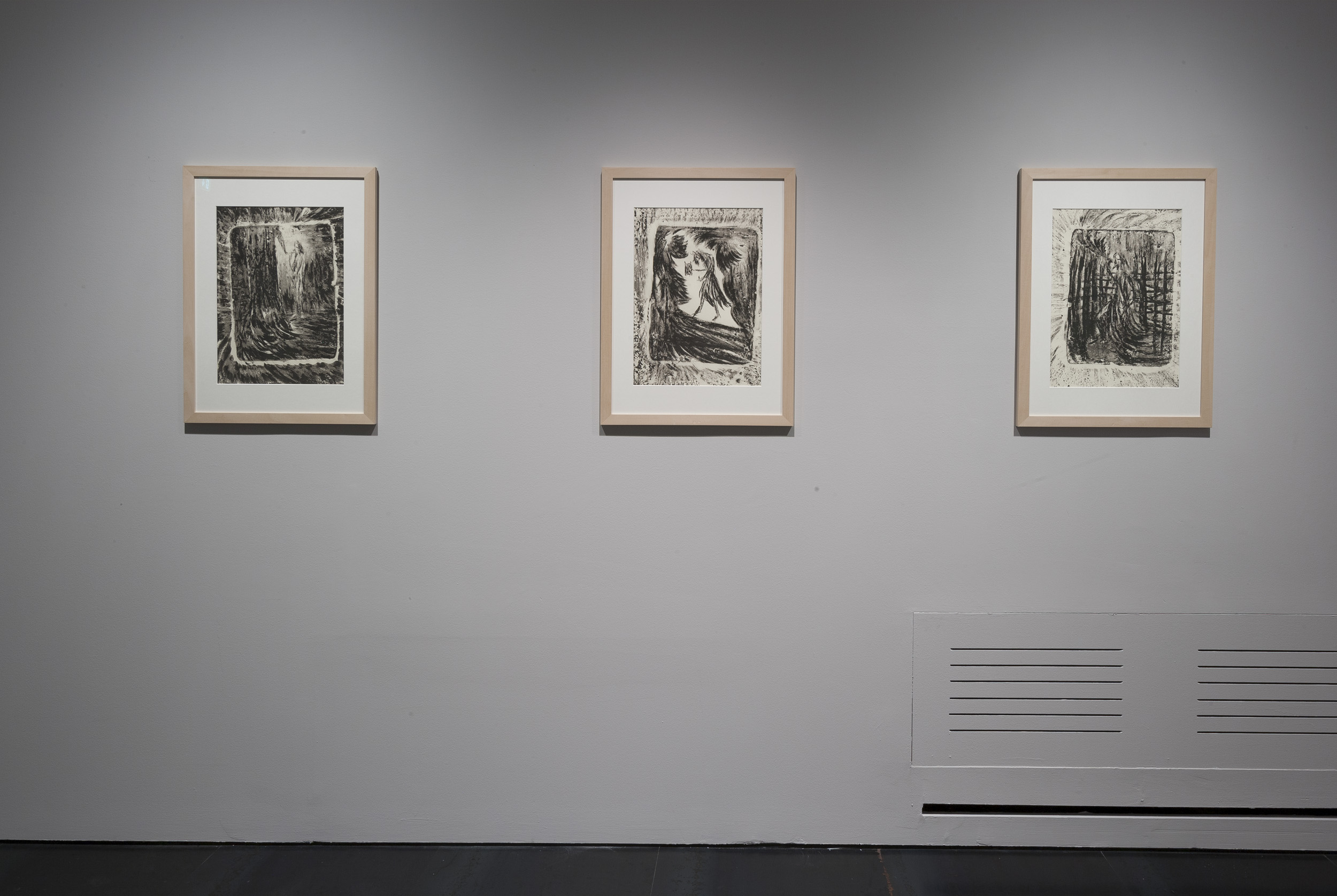 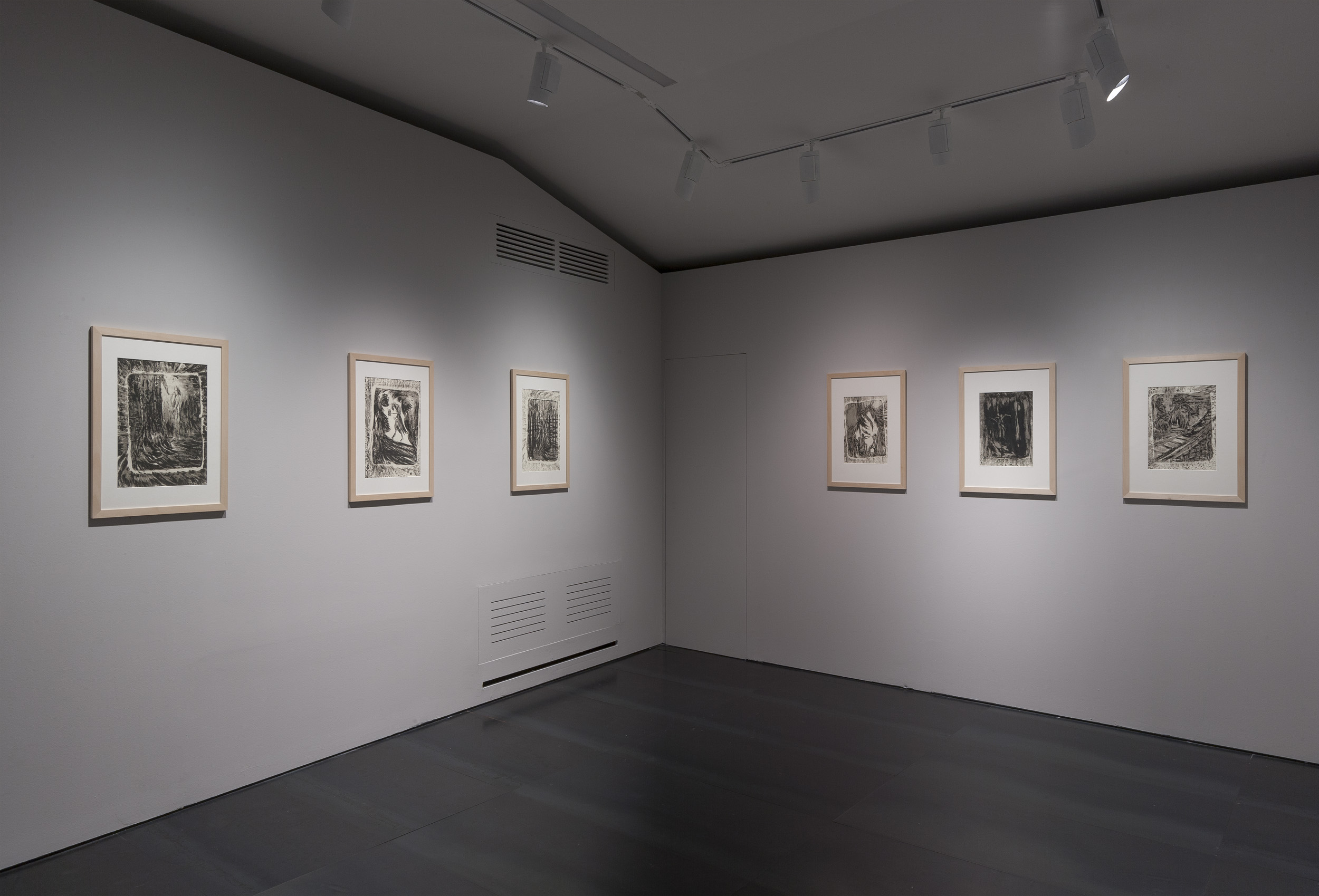 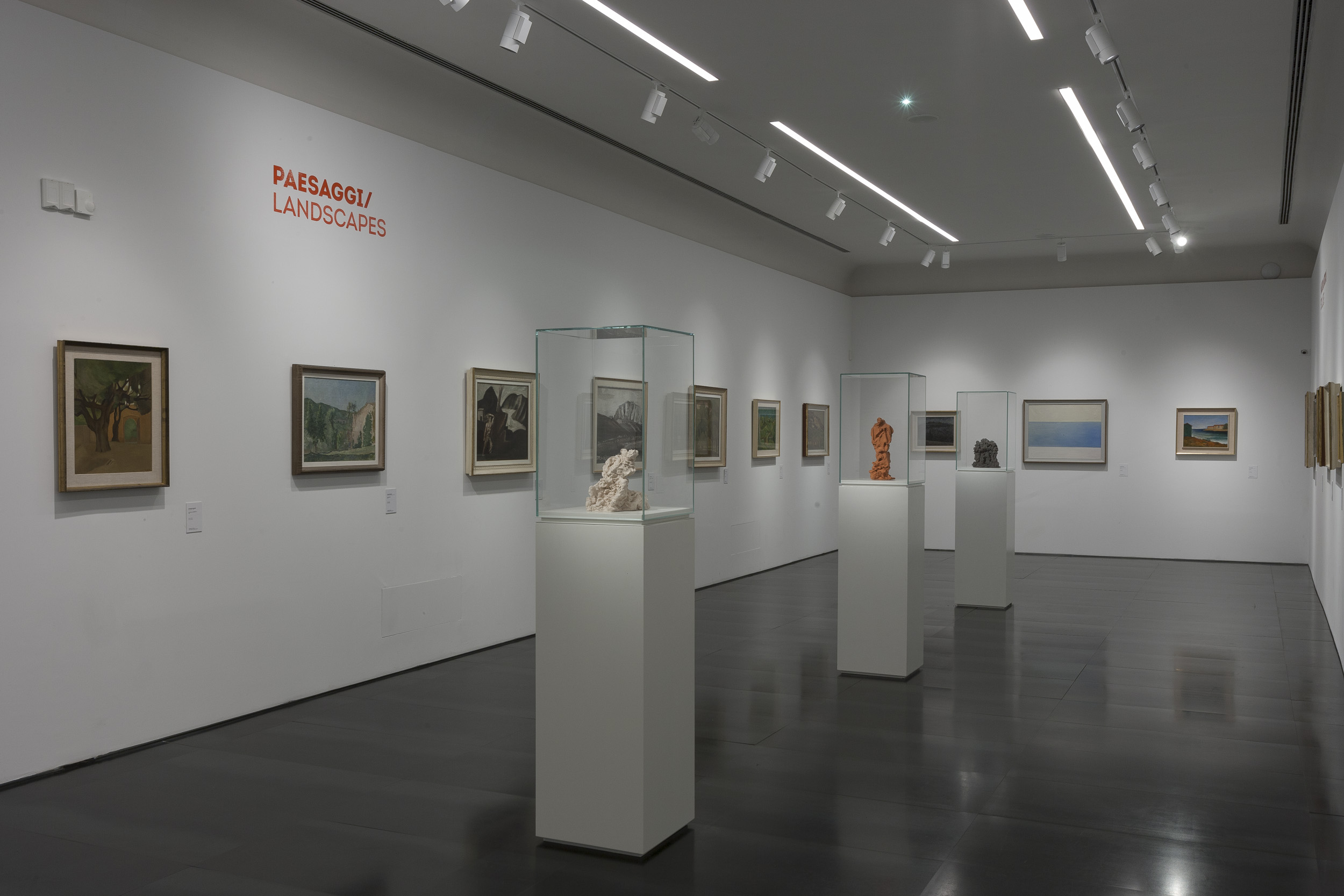 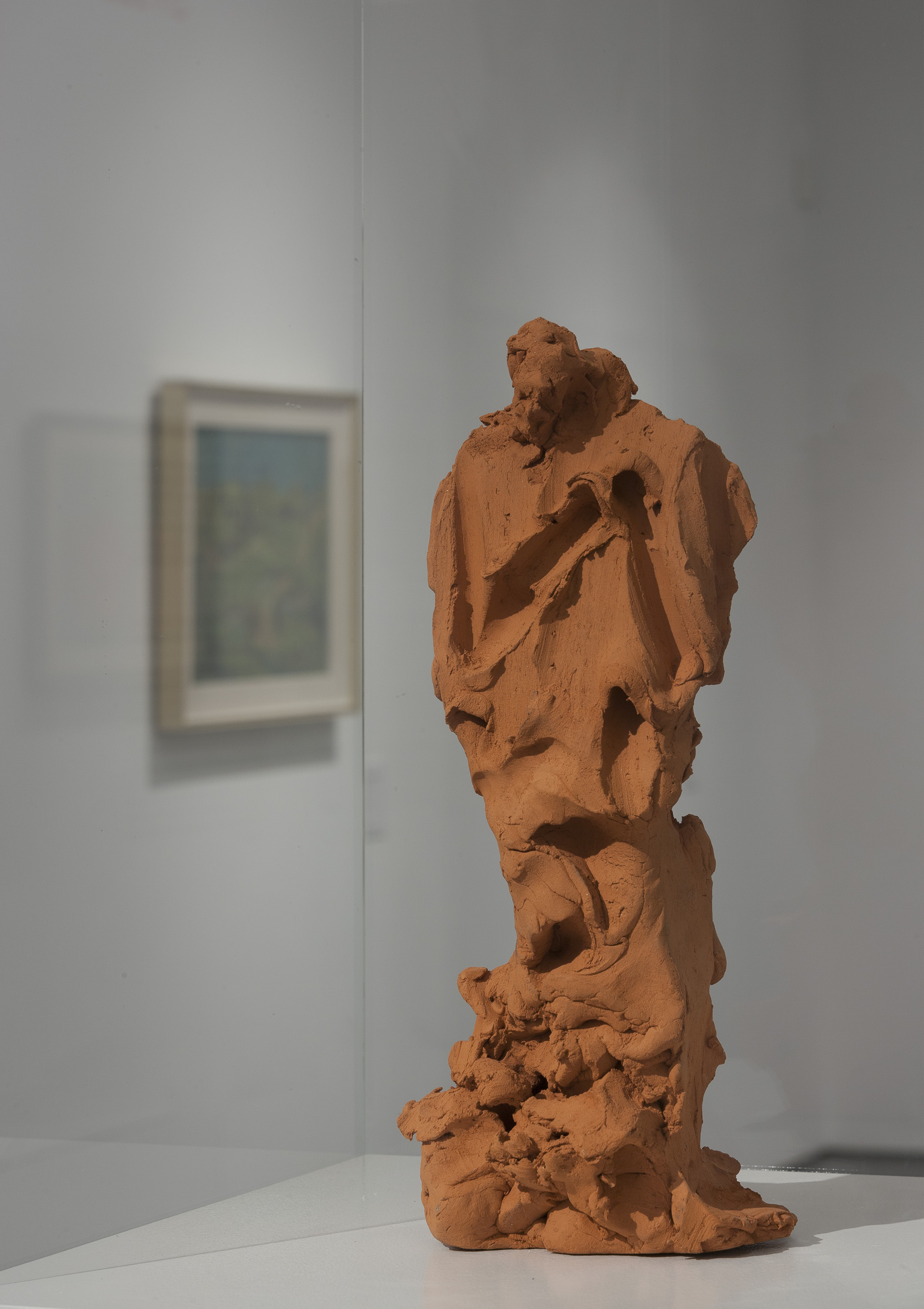 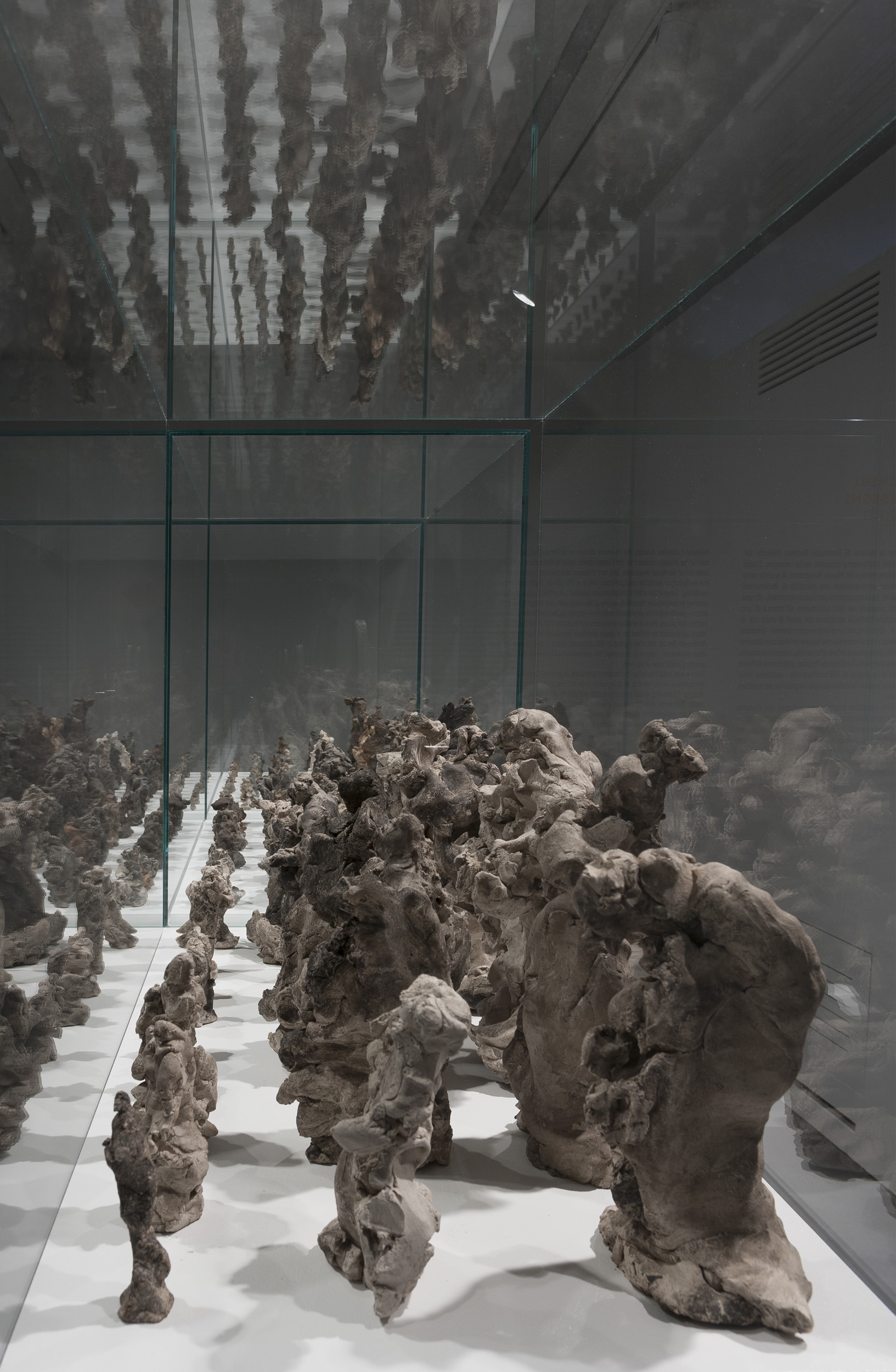 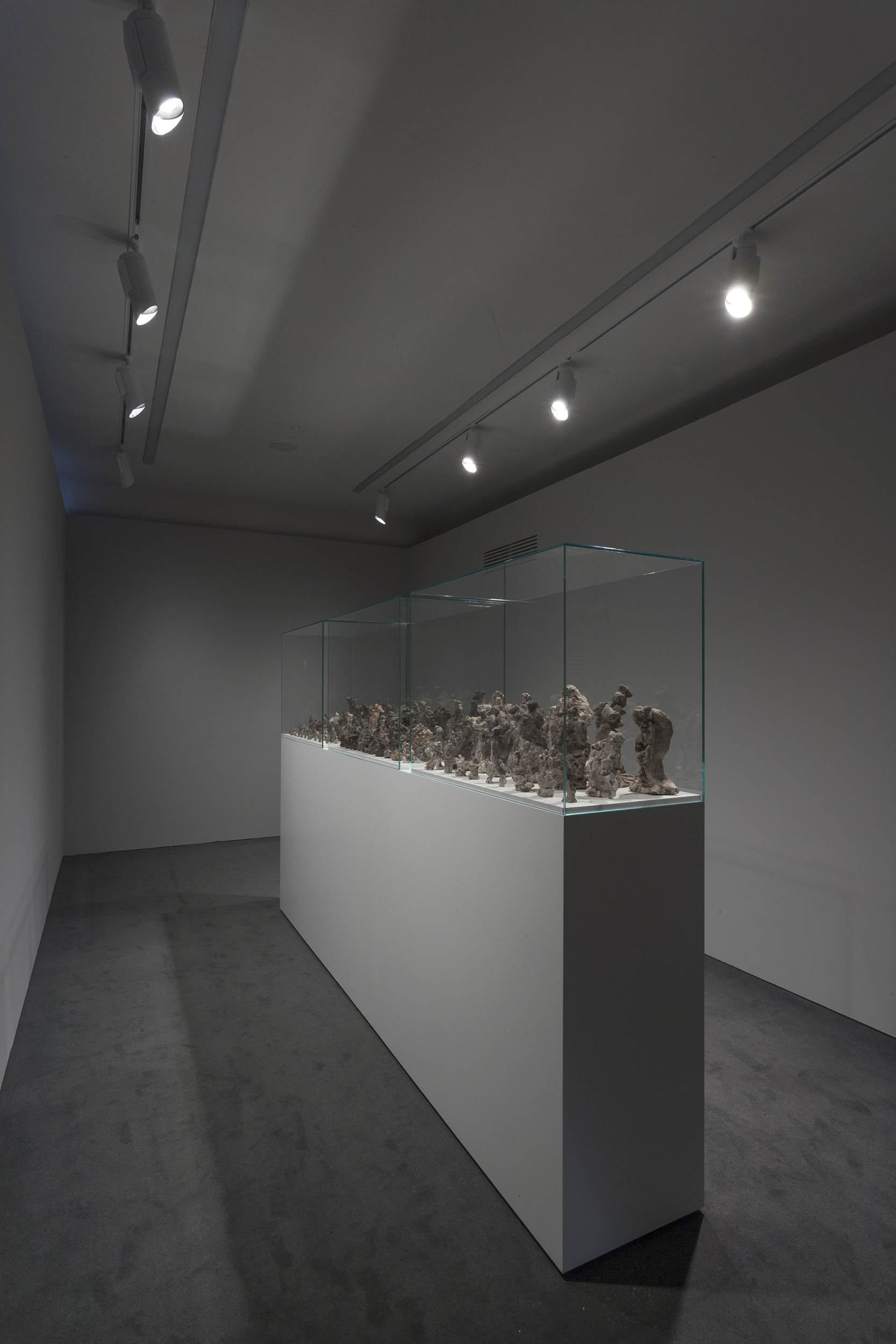 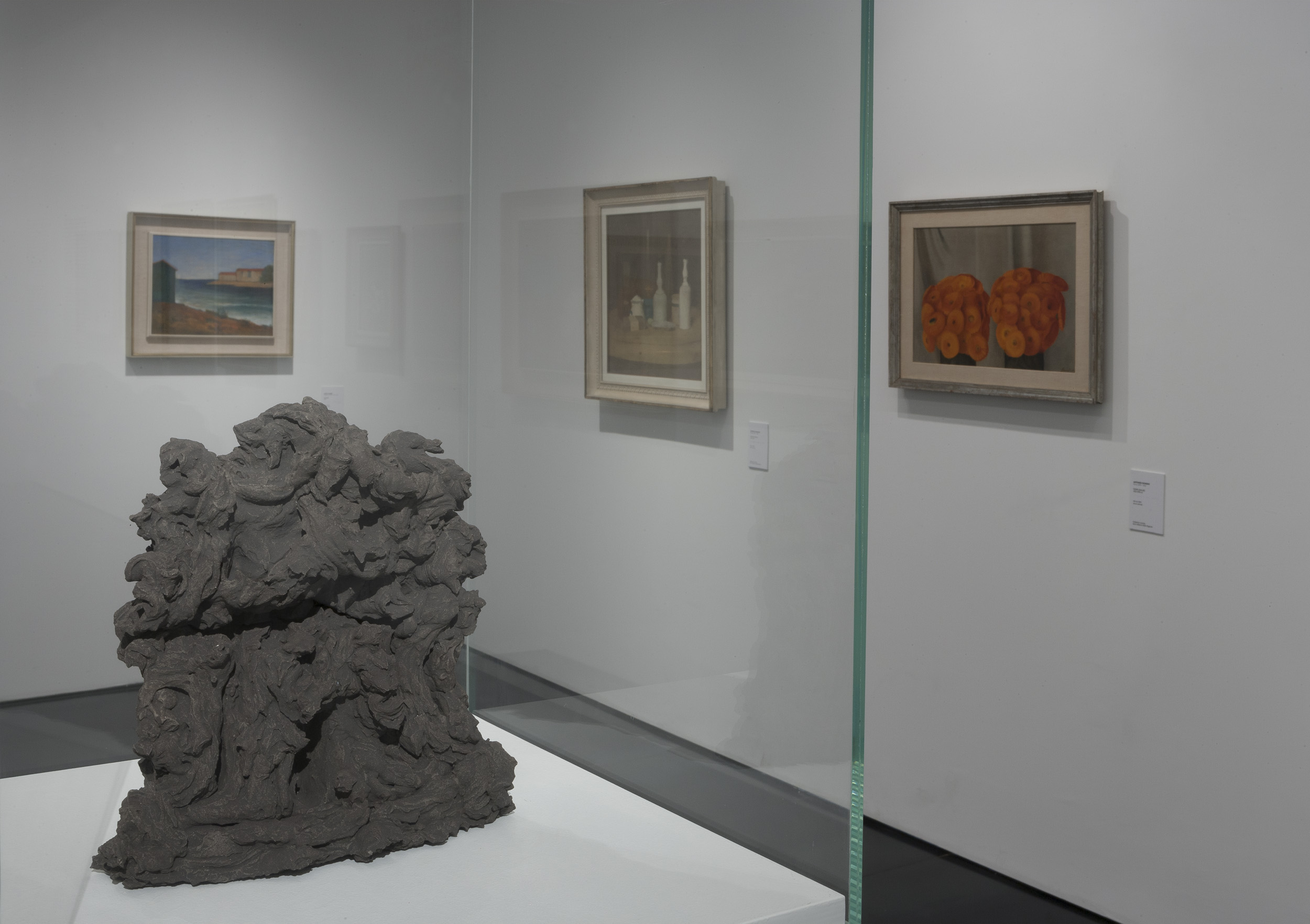 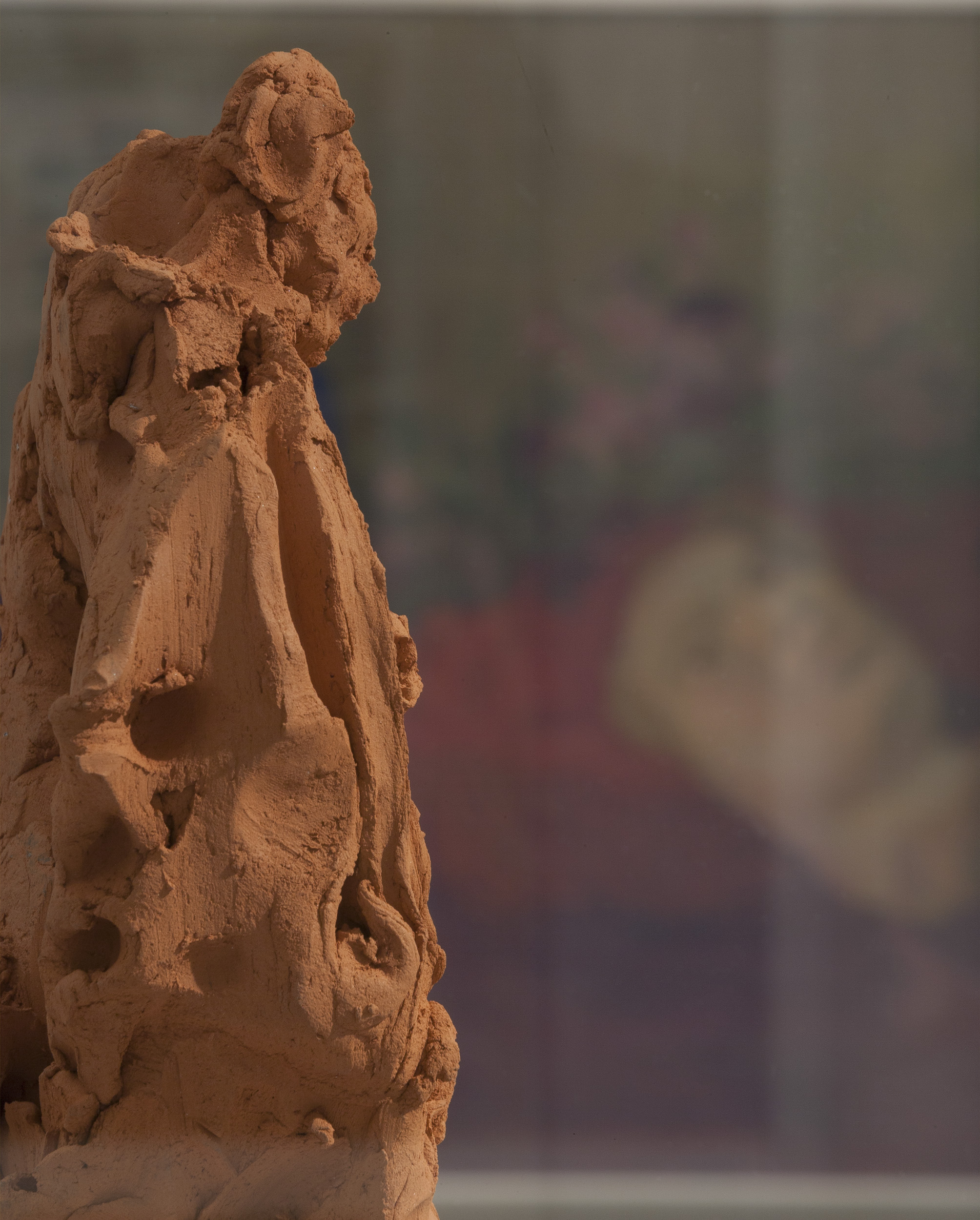 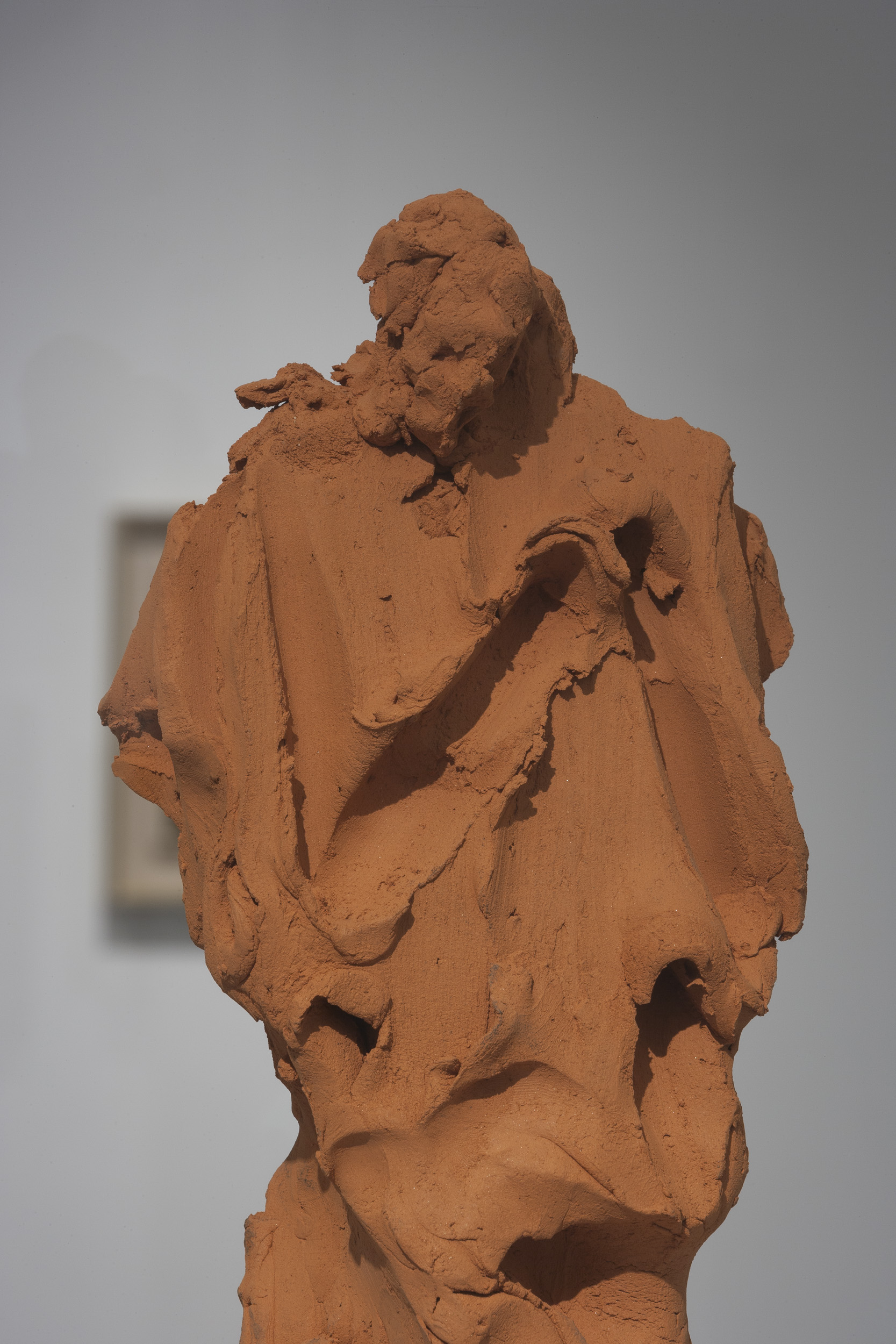 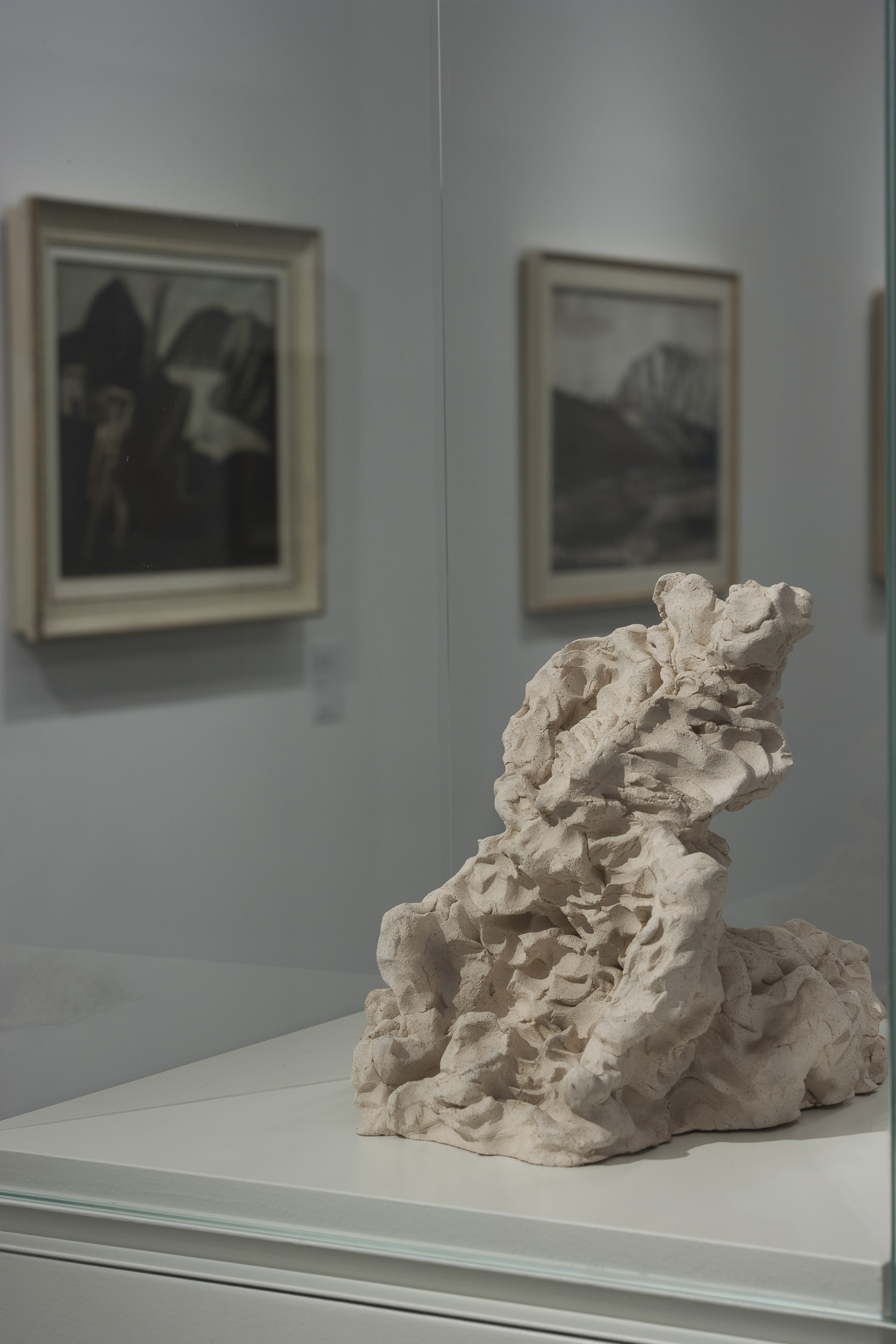 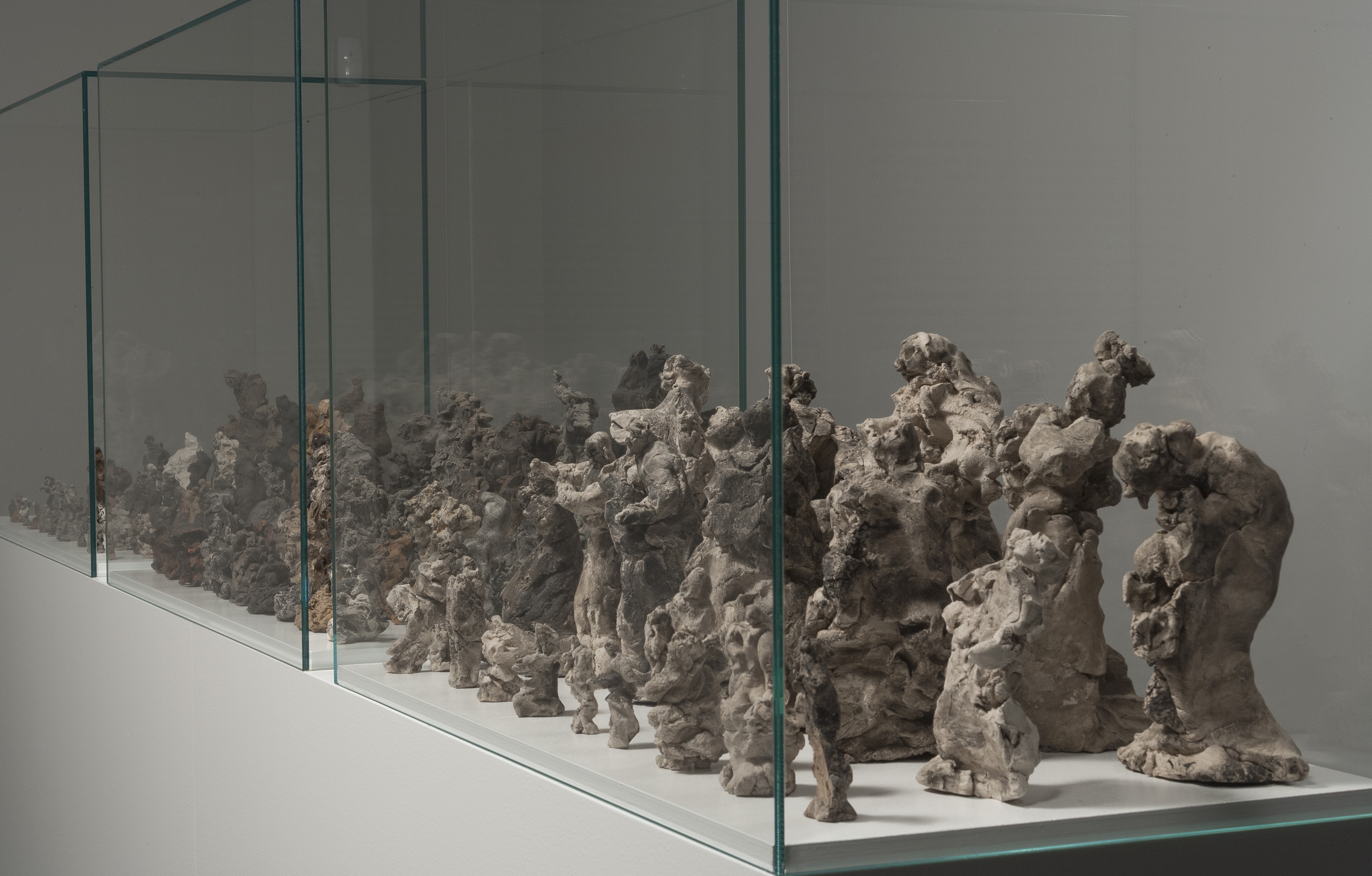 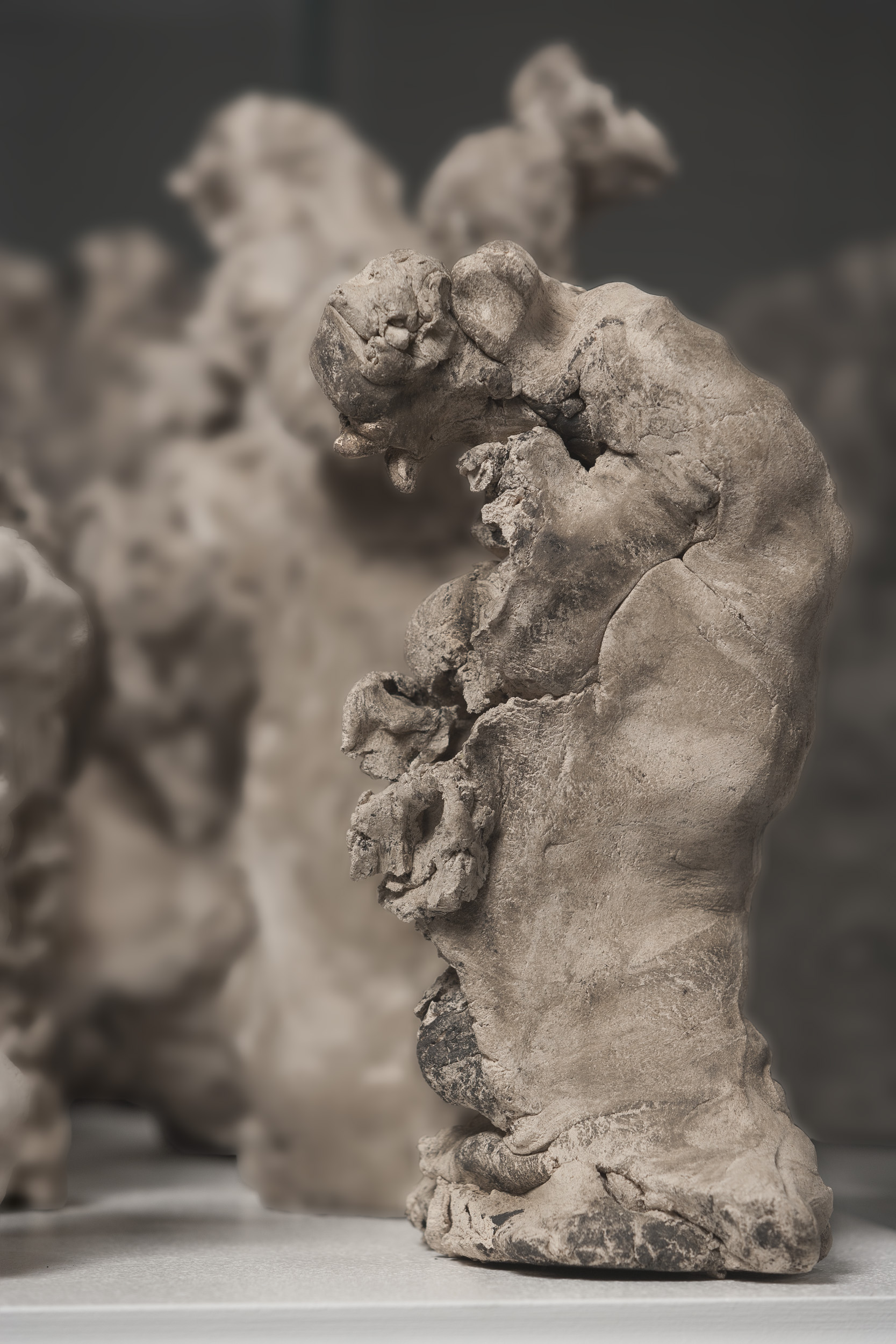 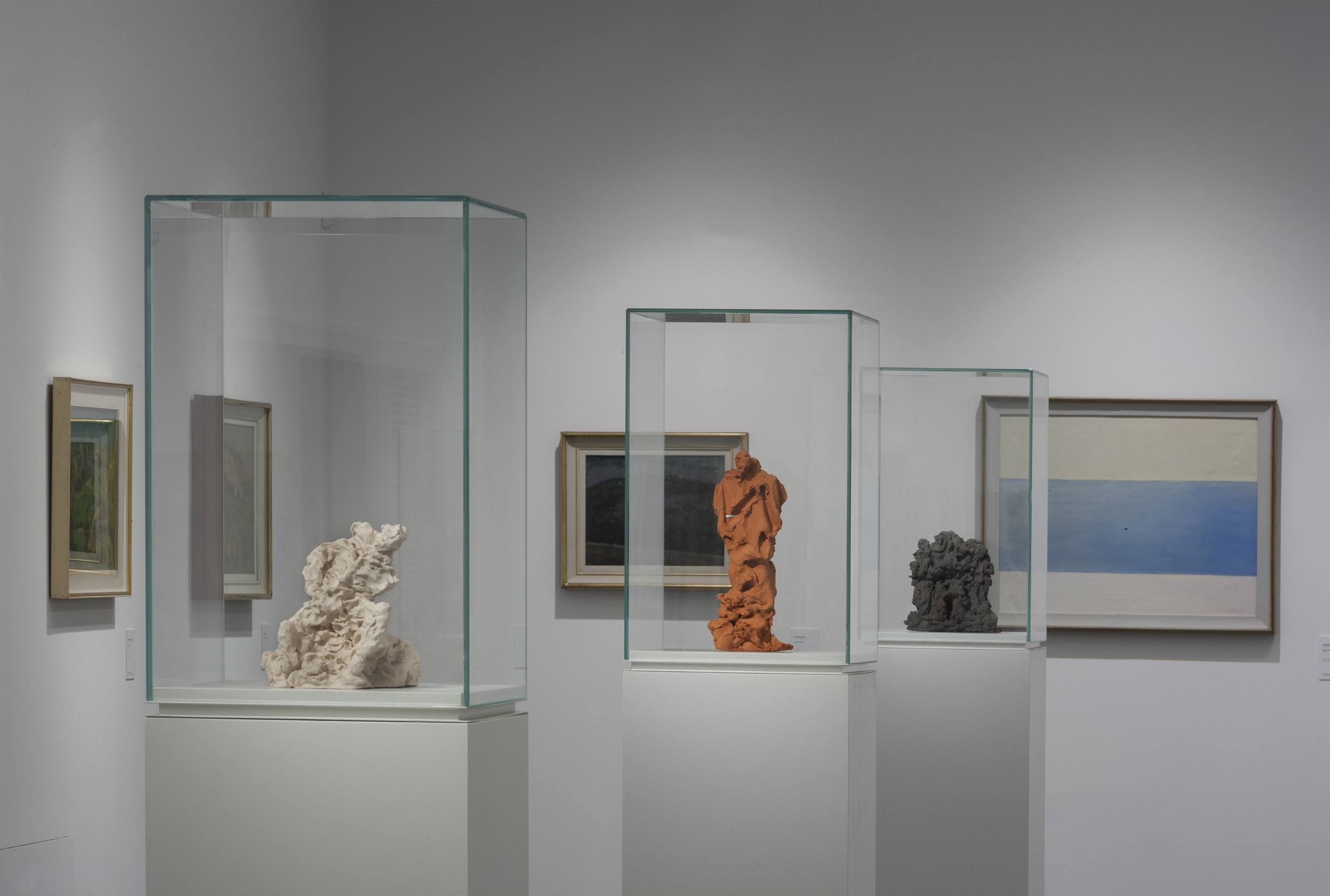 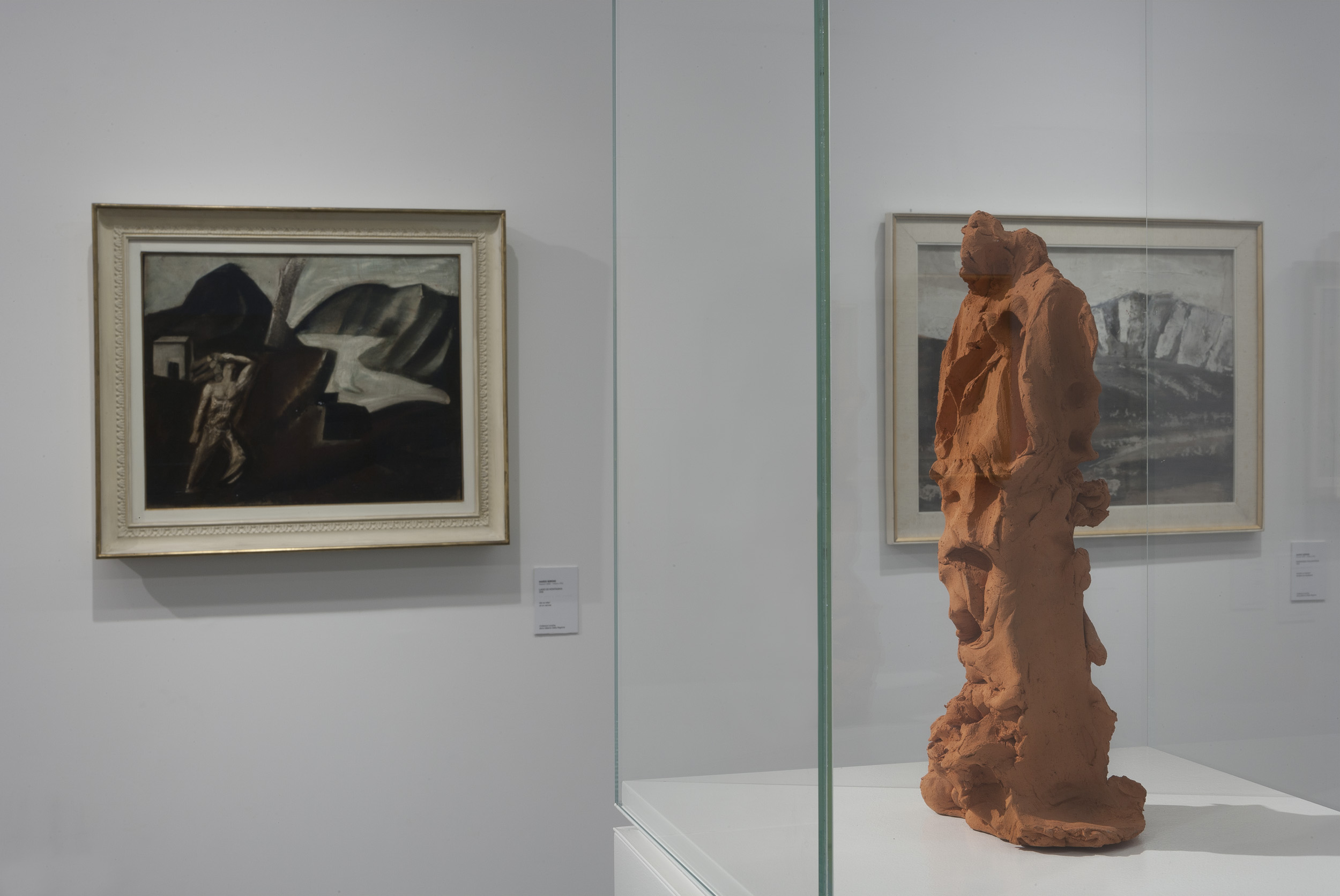 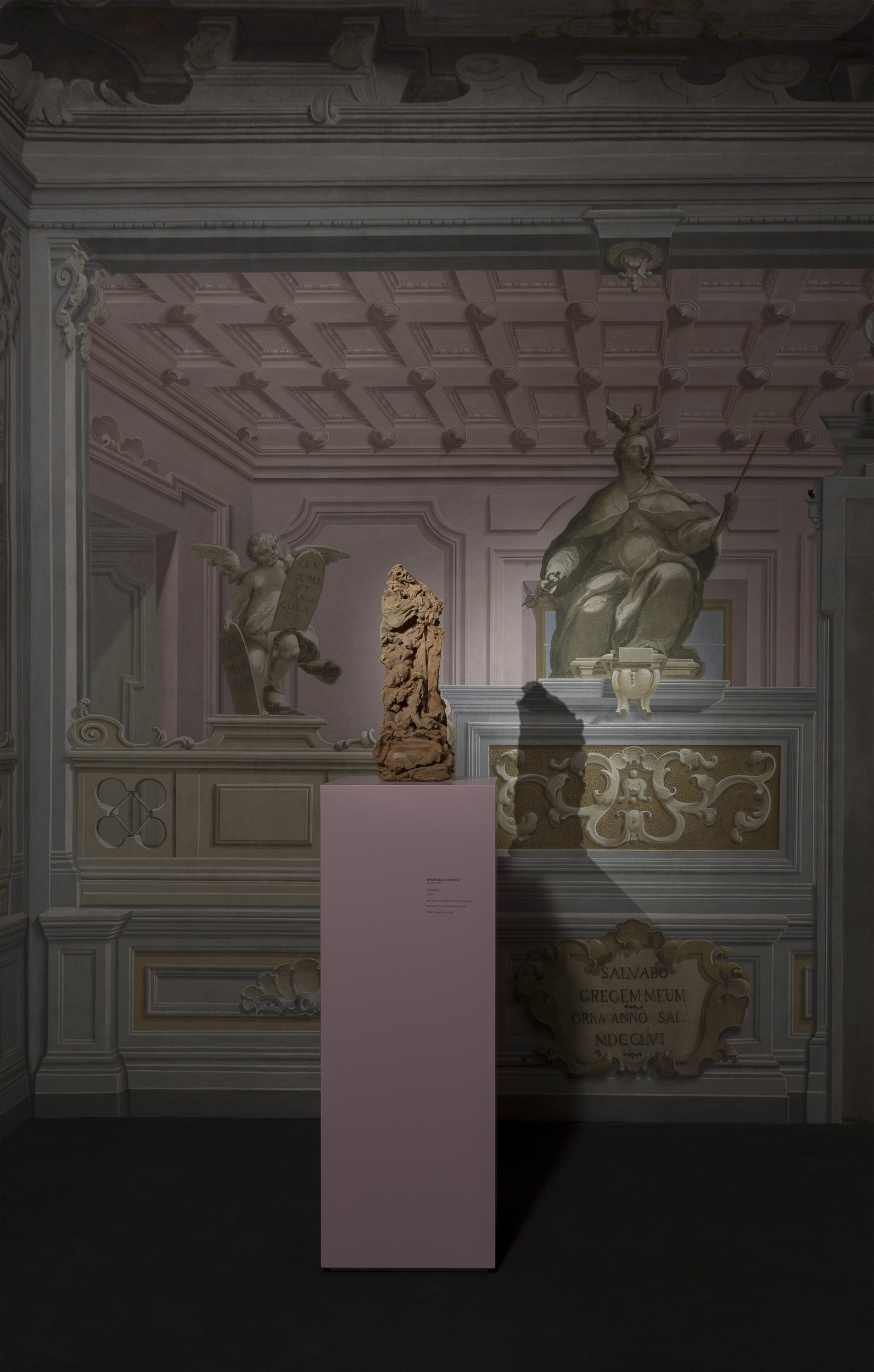 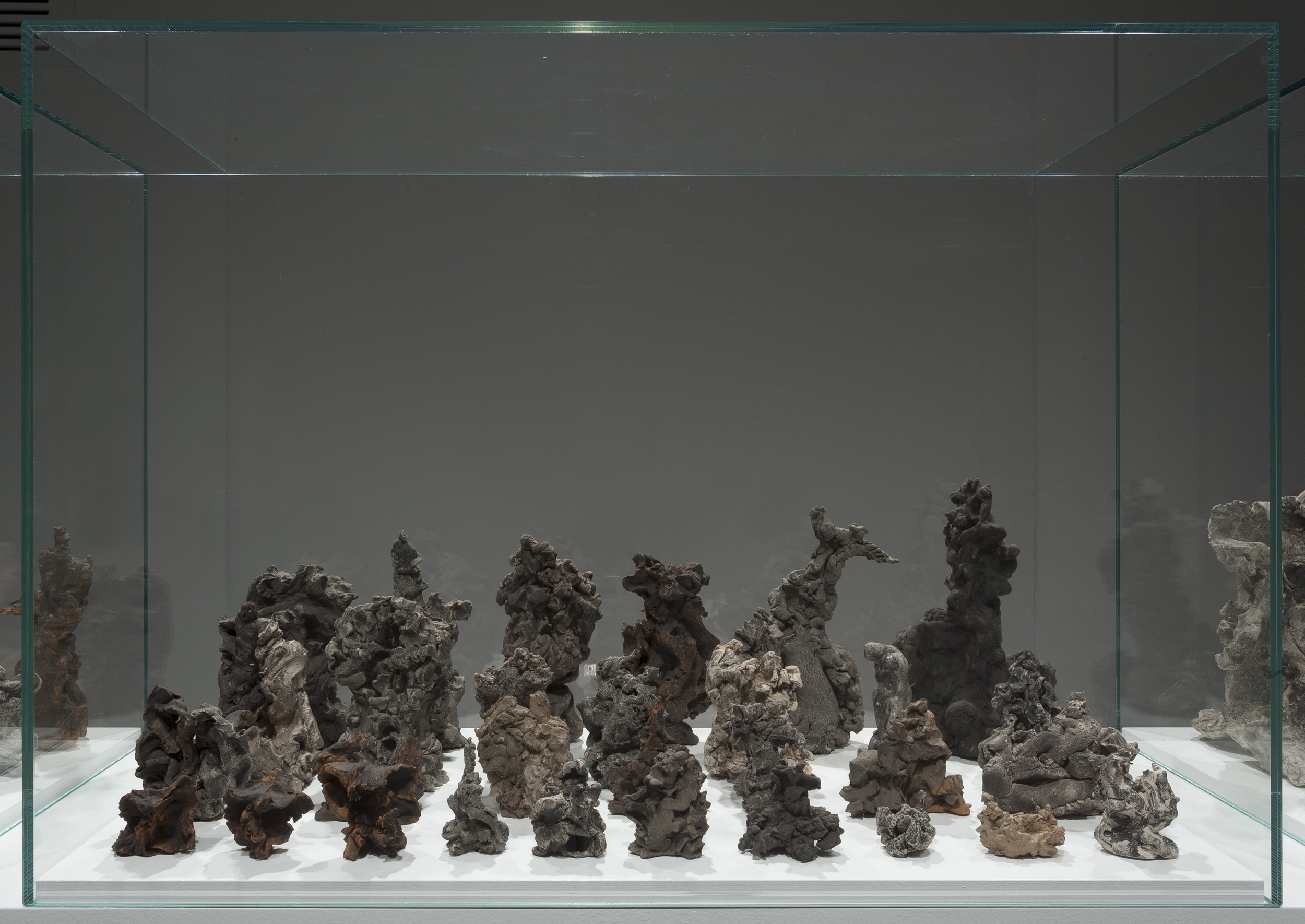 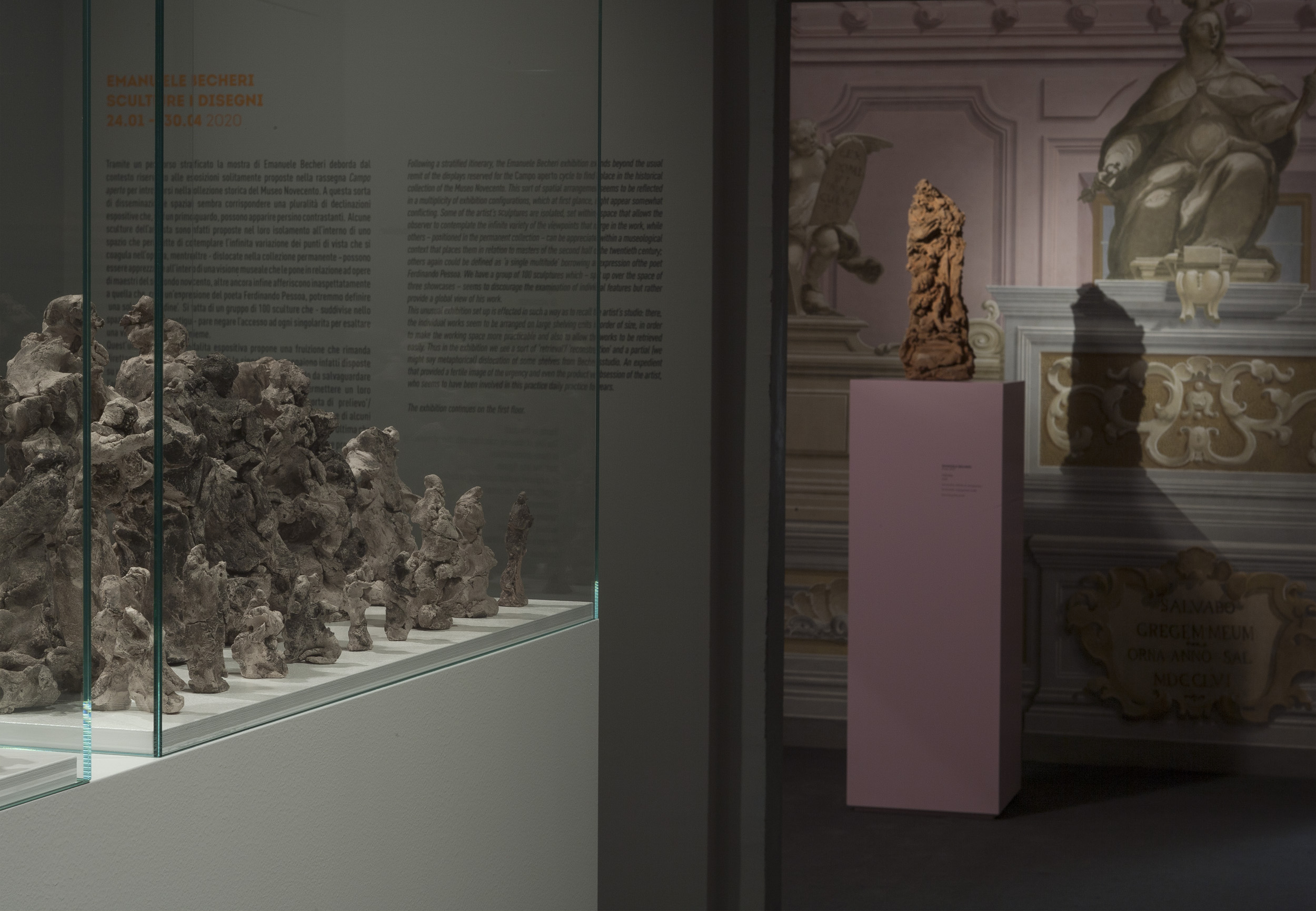