Online booking is recommended on the official website biglietteria bigliettimusei.comune.fi.it

For information on days and opening times comune.cultura@comune.fi.it

Up to 18 years; groups of students and their teachers; tourist guides, enrolled in the 2016 Tourist Guide Course and interpreters; disabled people and their carers; ICOM, ICOMOS and ICCROM members. School groups: it is necessary to present the list of names on the school's headed paper

The city of Florence welcomes La Pace by Antonio Canova, the famous plaster version of the marble kept inside the Khanenko National Museum in Kiev and currently hidden to protect it from the bombing of the war between Russia and Ukraine. The plaster model of Canova’s Peace finds hospitality in the heart of Palazzo Vecchio, and becomes a means of ensuring the contemplation of the sculptor’s masterpiece, otherwise denied by the conflict.

The exhibition, curated by Vittorio Sgarbi, created thanks to the collaboration between the Museo Novecento and the Gypsotheca Antonio Canova Museum of Possagno, organized by MUS.E with Contemplazioni, sees the sculpture installed in the center of the Sala di Leone X in Palazzo Vecchio. This scenario, in which the frescoes depicting the stages of the rise to power of Giovanni de ‘Medici (1475-1521), son of Lorenzo the Magnificent, who became pope with the name of Leo X, contrasts with the message carried forward from the sculpture of Canova, which with its history tells stories of wars and peace. Last but not least, the effigy of Cosimo I de ‘Medici in the guise of Mars, a manifest symbol of the duke’s dominion and his expansionist policy, should be considered in this context.

Commissioned by the Russian politician and diplomat Nikolaj Petrovič Rumyancev, conceived by Canova in 1812 and created in 1815, the sculpture is conceived as a tribute to the Rumyancev family, supporters of some peace treaties between Russia and other countries. Canova was commissioned to create the work at the dawn of the Napoleonic invasion of Russia, so much so that the sculptor himself wrote to Quatremère de Quincy on 11 February 1812: “The statue of Peace will be built: war come; it will not be able to prevent it. But I fear that there will be no statue of general peace for now. So it could be done, as I would raise it at my expense! ” On the death of Nikolai Petrovič Rumyancev, his collection was donated to the State and in 1831 he established the first Russian public museum, initially in St. Petersburg, then, in 1861, transferred to Moscow. Khrushchev – Secretary of the Communist Party of the Soviet Union, of Ukrainian origins – decided in 1953 to transfer the sculpture from St. Petersburg to Kiev, to the Khanenko National Museum.

The iconography of Peace recalls Nemesis, the Greek goddess of the “distribution of justice”. The snake recalls the Roman medals, where it was a symbol of war. The fact that the commemorative writings are in Latin is the result of a negotiation between Canova and the ambassador of Vienna: the initial hypothesis of the Russian language was set aside in favor of Latin, lingua franca and symbol of the union between European nations. therefore to reinforce the message of peace of the work.

“The Peace of Kiev, coming from the Antonio Canova Gypsotheca Museum in Possagno, is now in Florence, and here, temporarily, awaits times of peace” comments Vittorio Sgarbi, curator of the exhibition. “Canova, the last great artist who closed the art of the West united everything, he did not divide. Canova is a great conciliator of every conflict, of every difference, and in the name of his Peace I ask you to invoke it all together on the spirit level of the world, so that the world may be saved”. 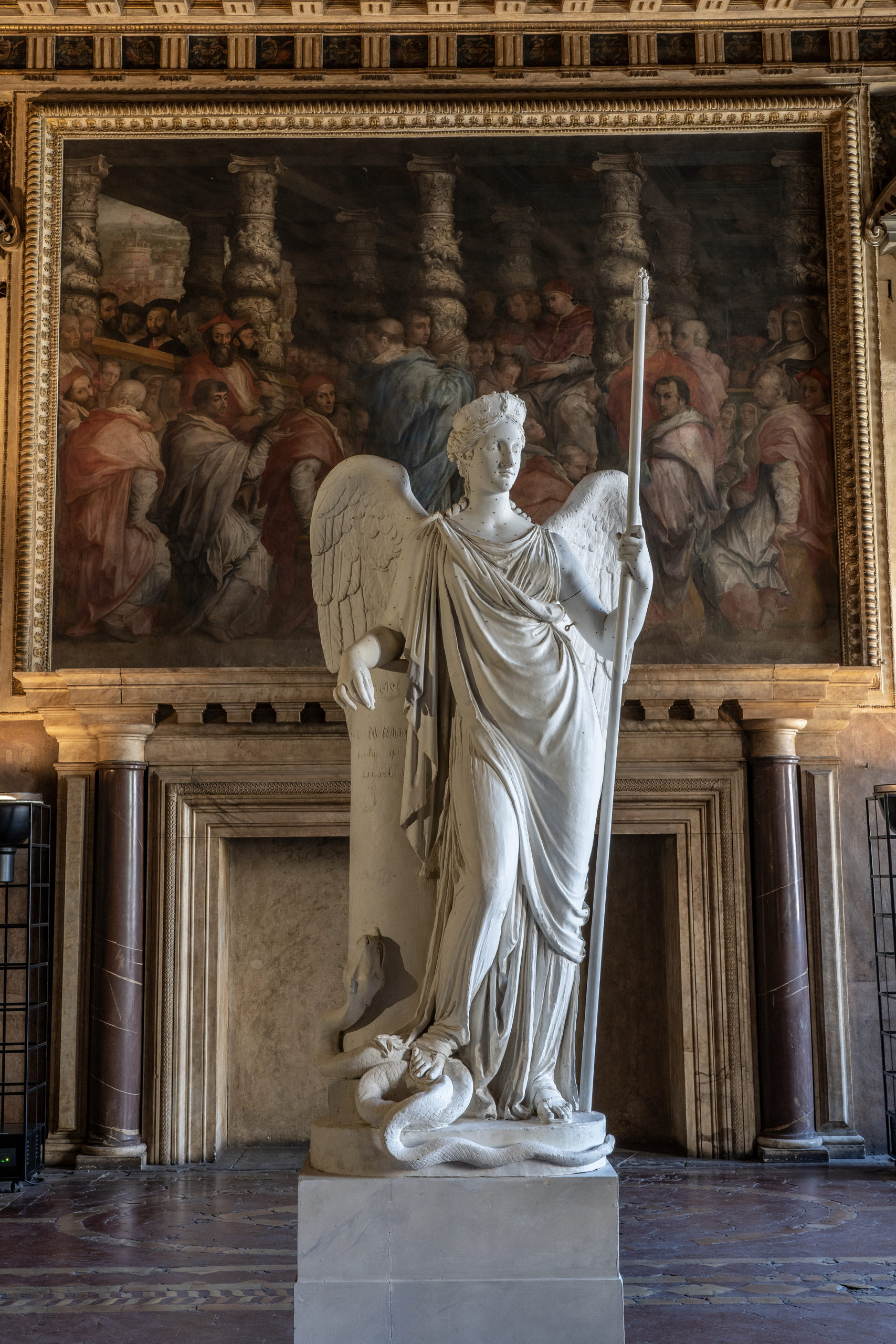 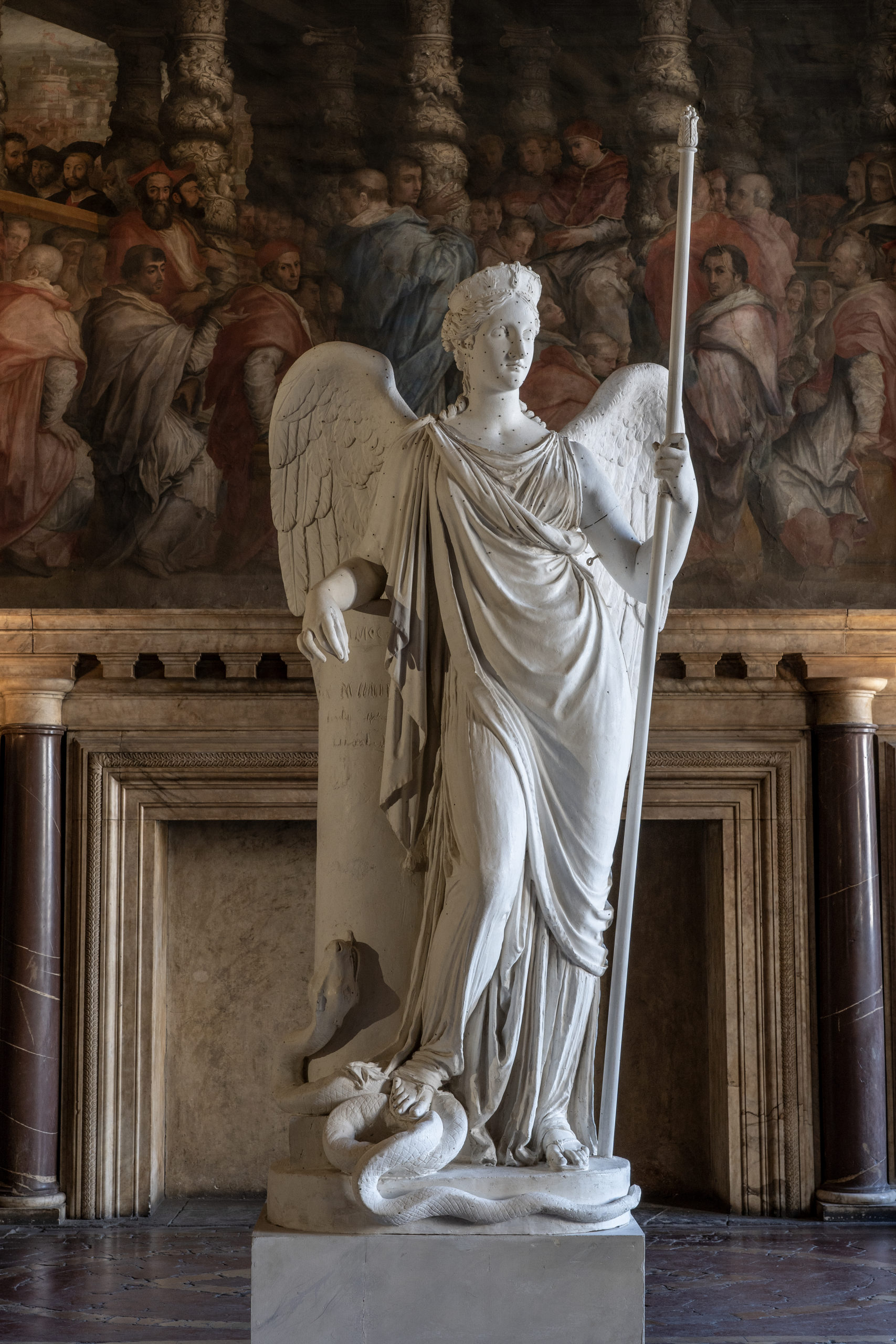 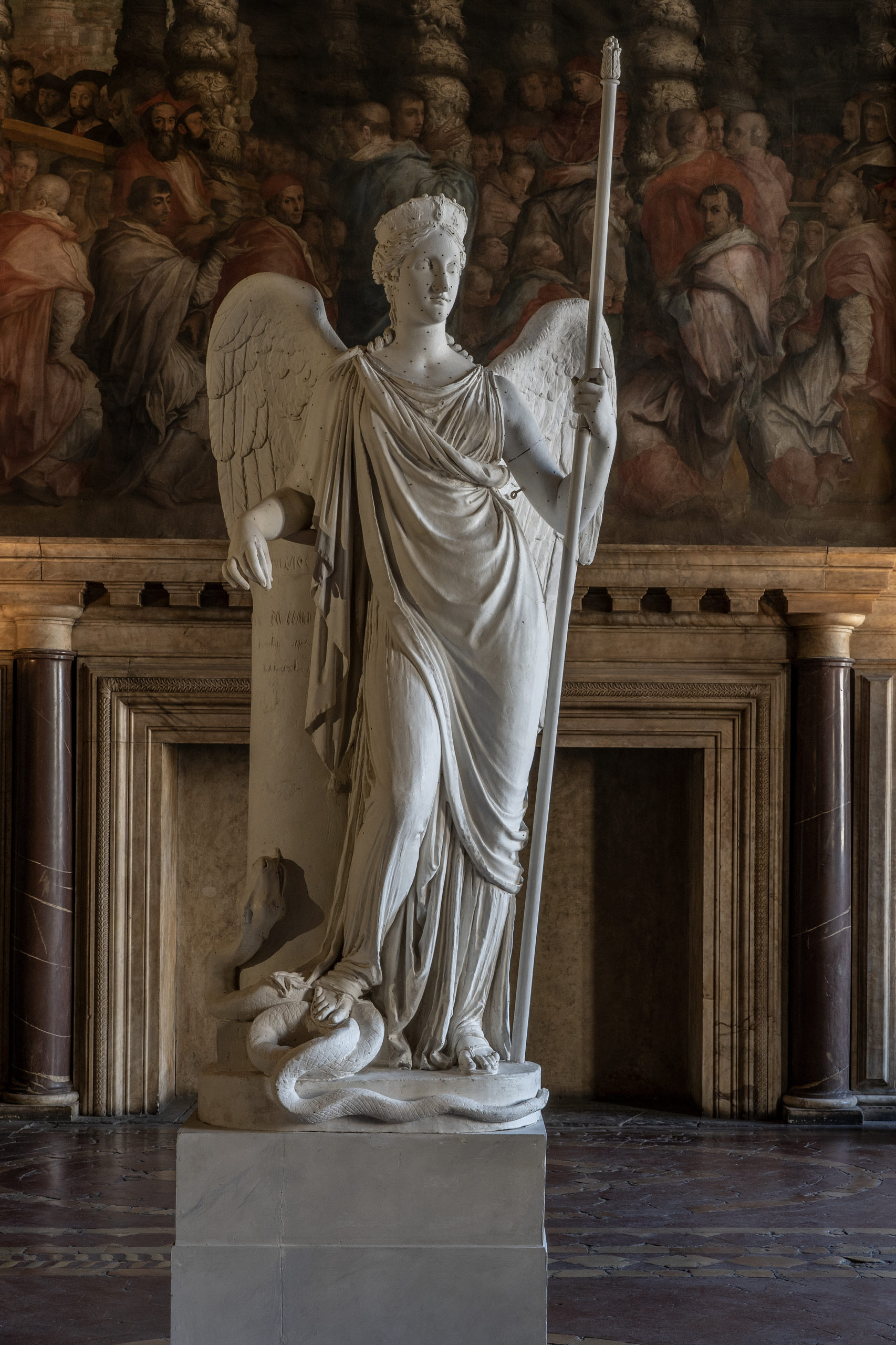 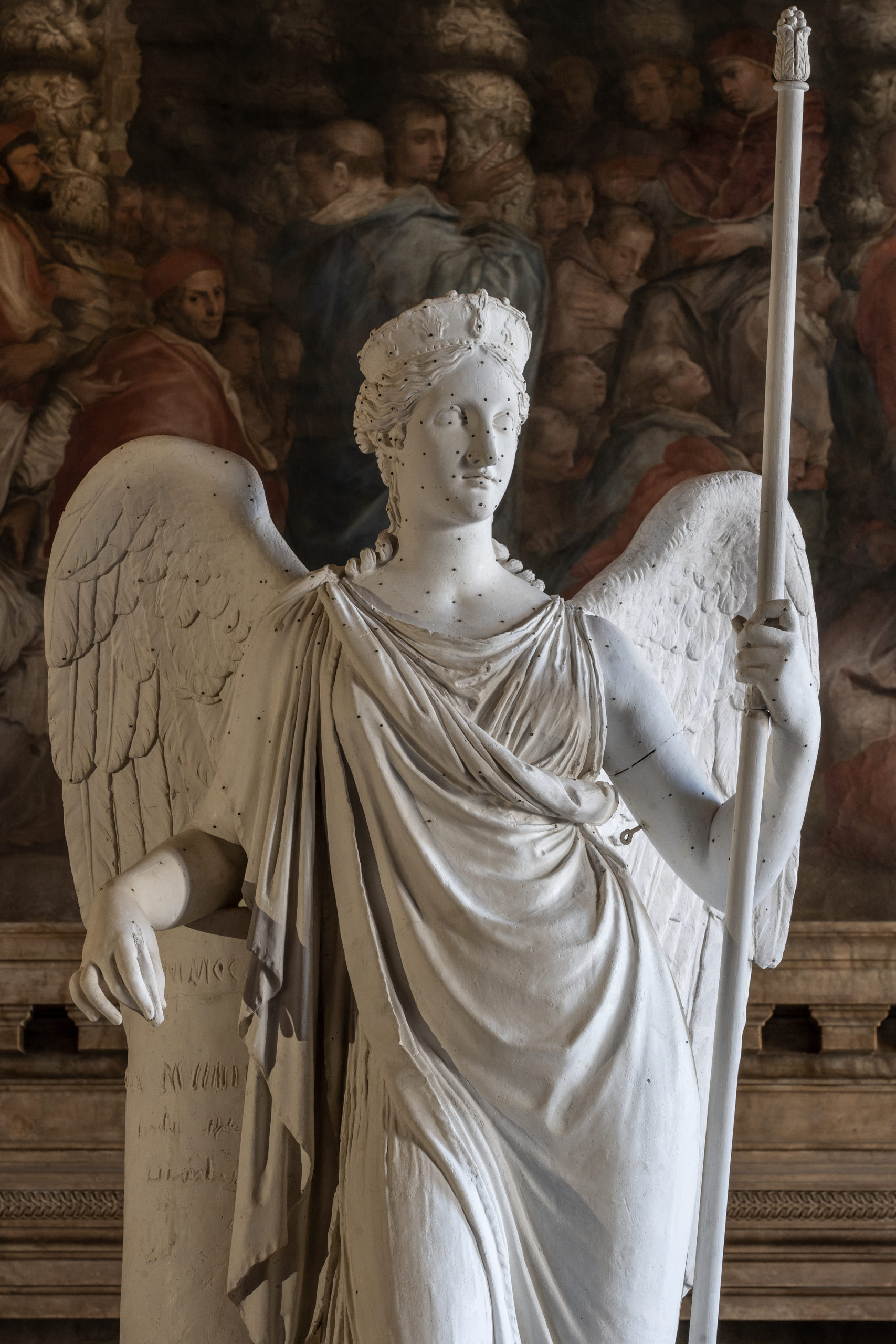 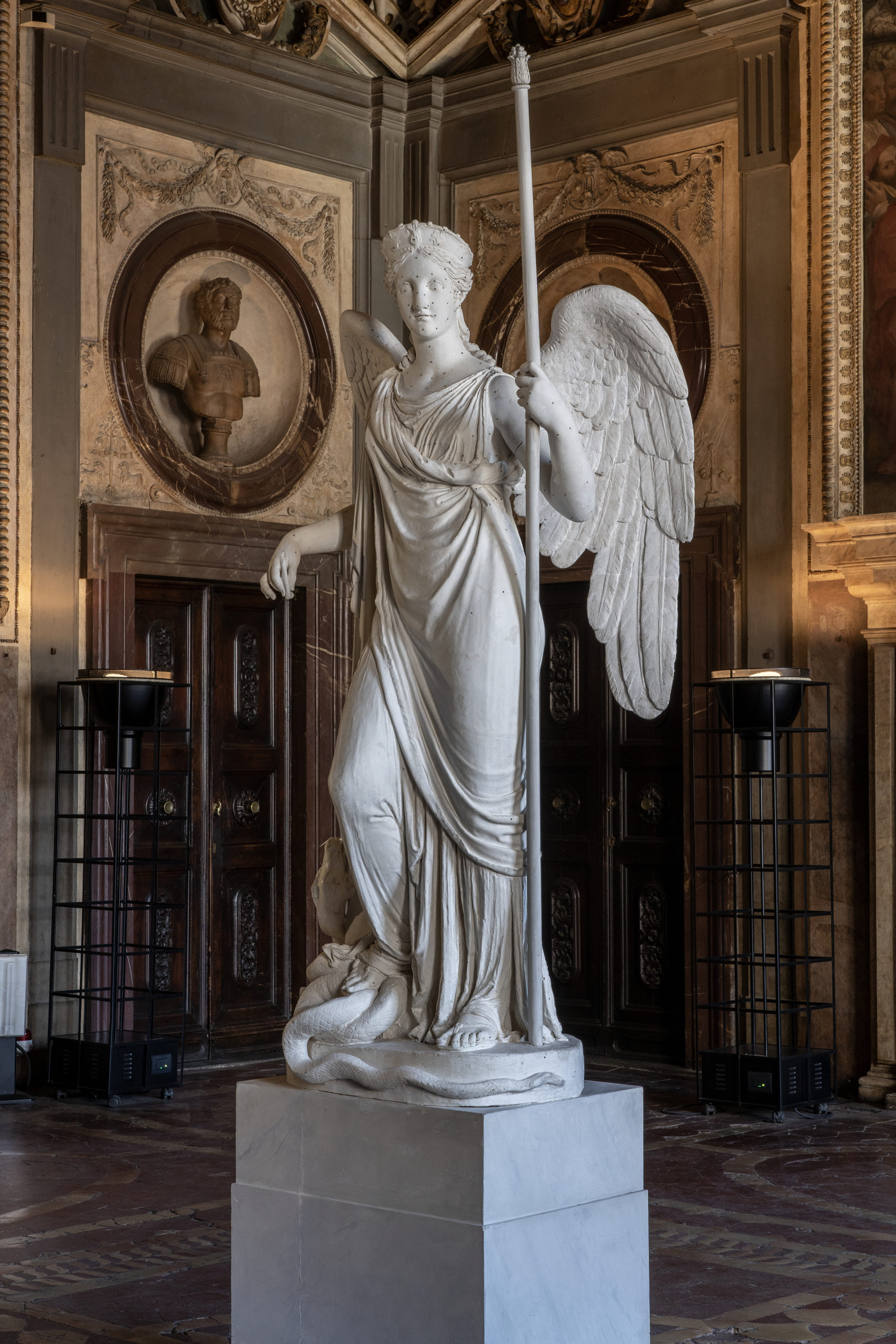 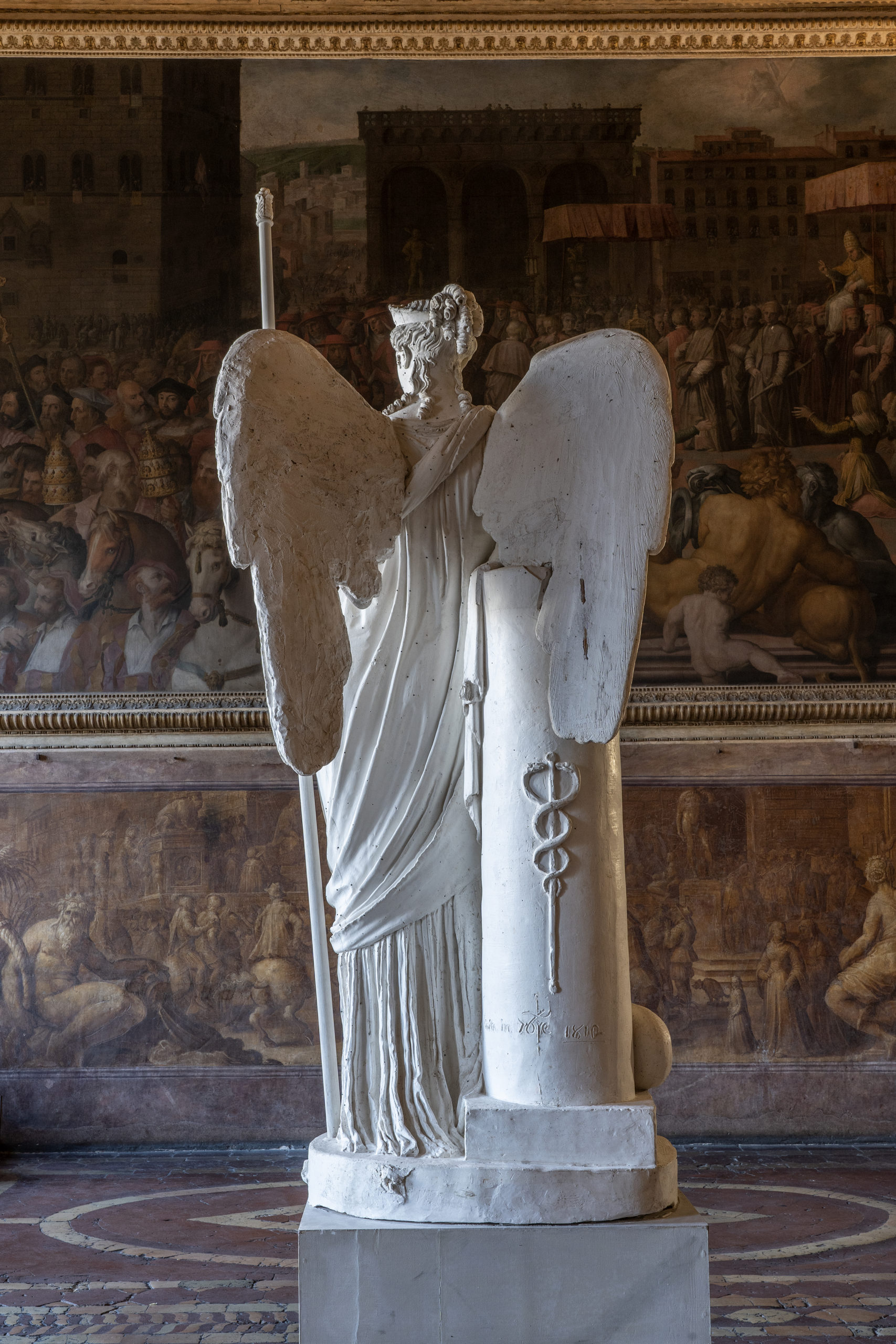 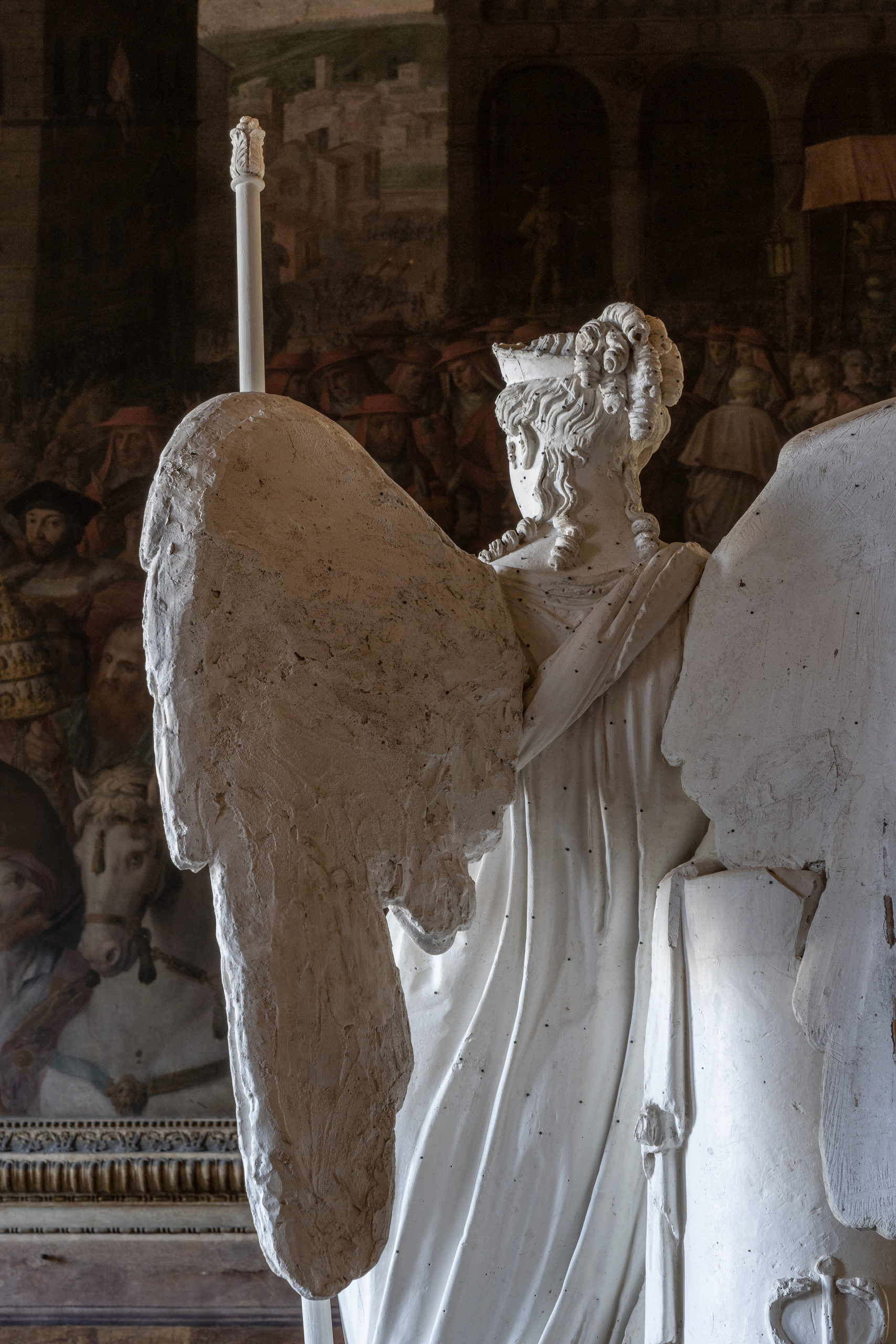 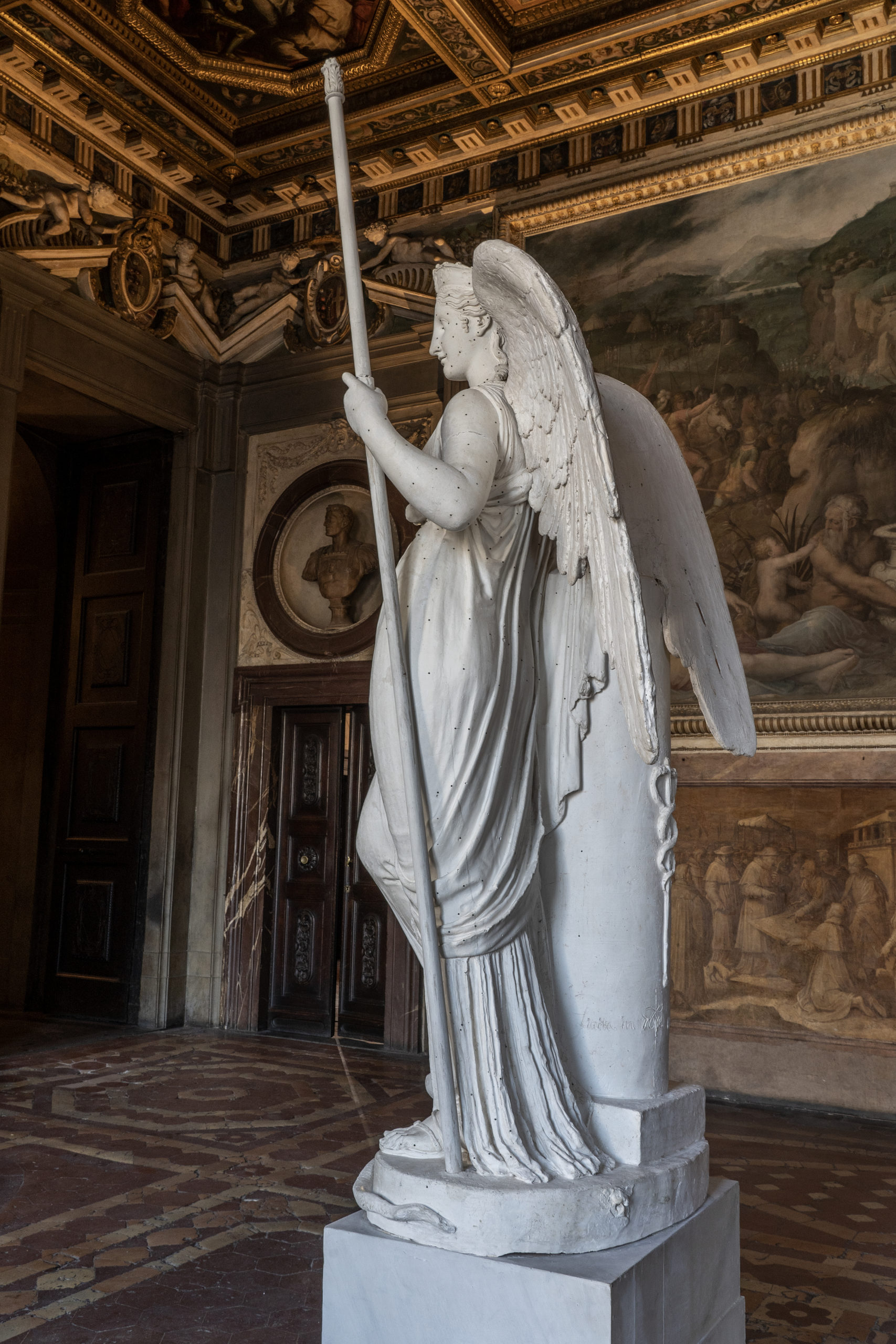 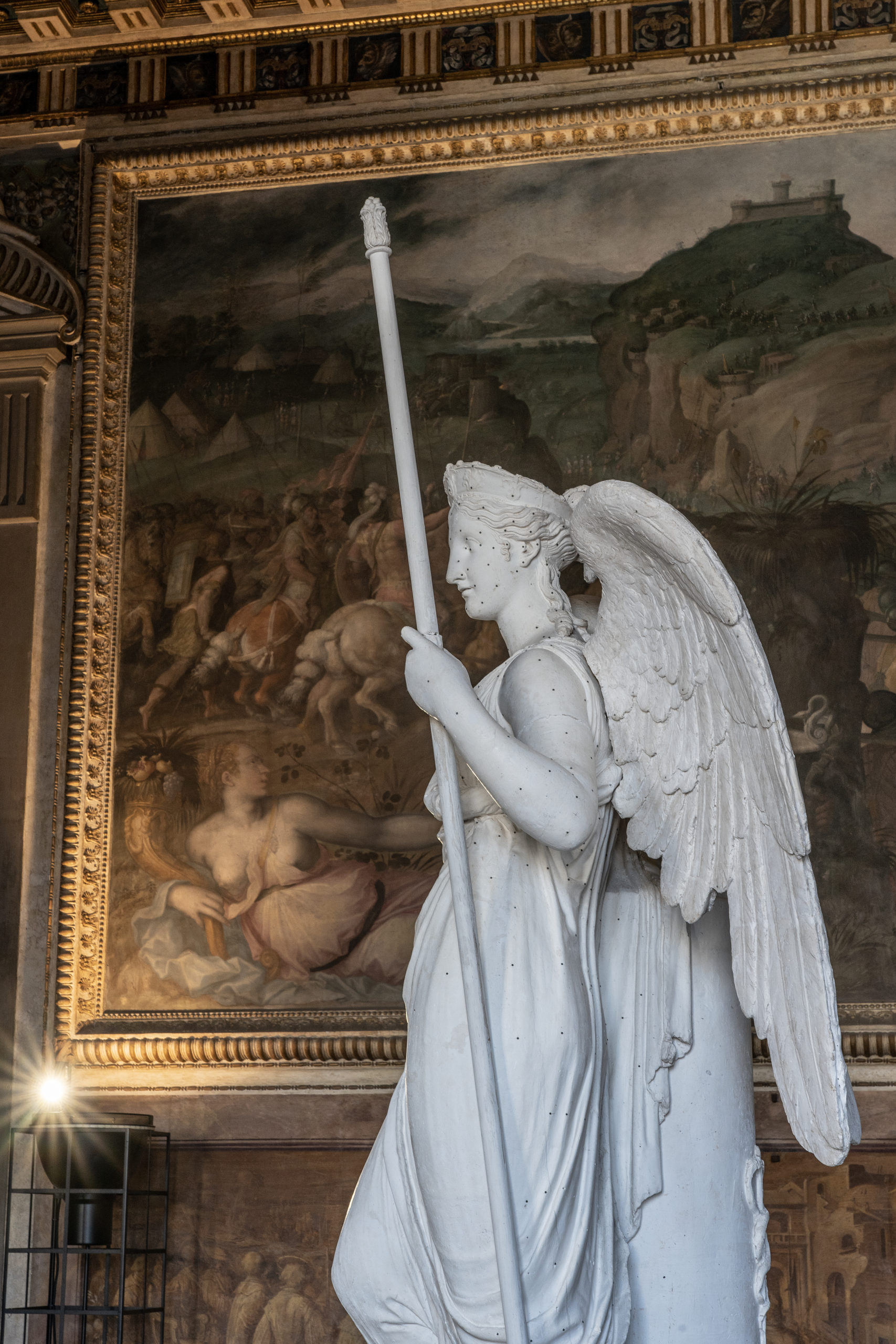 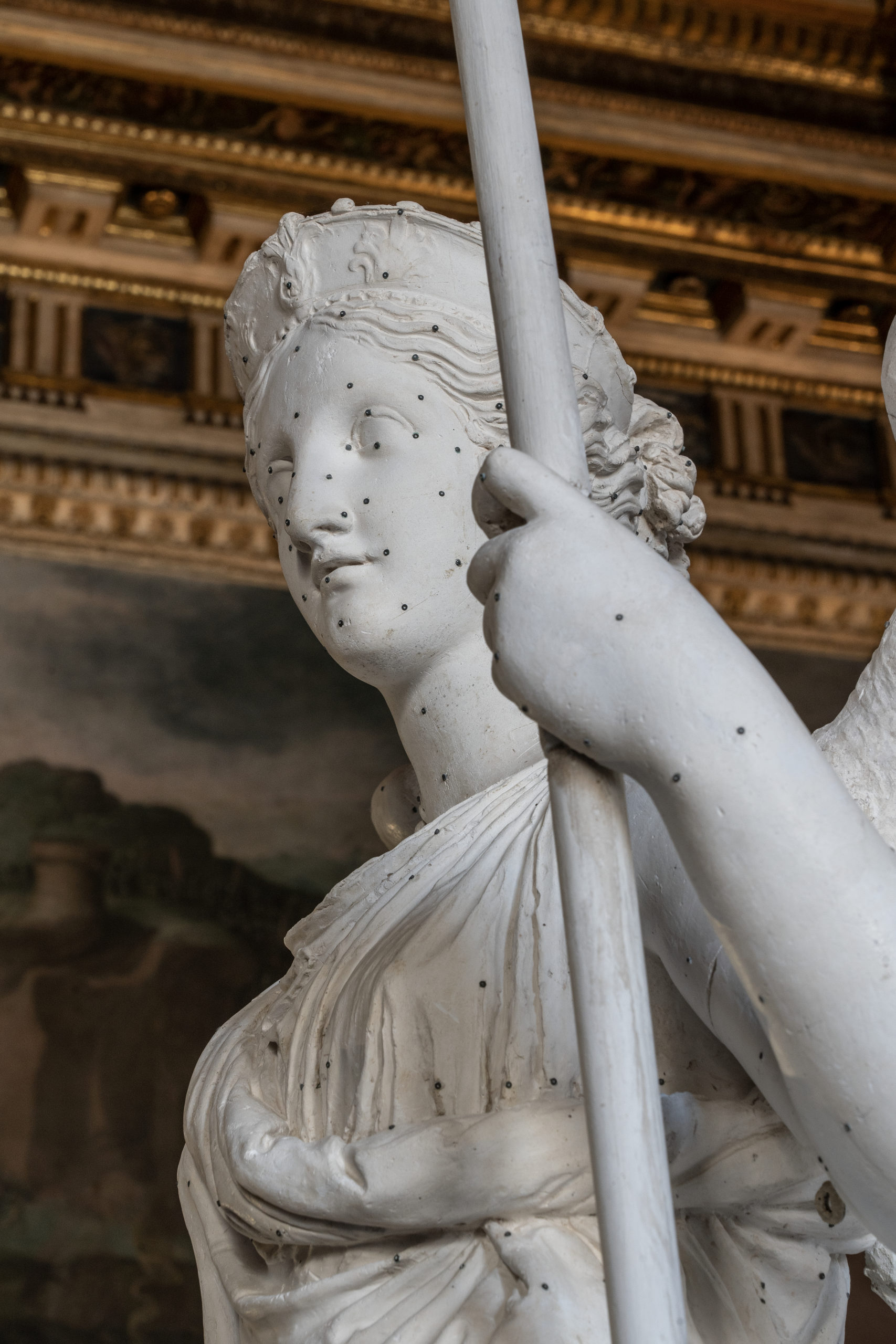 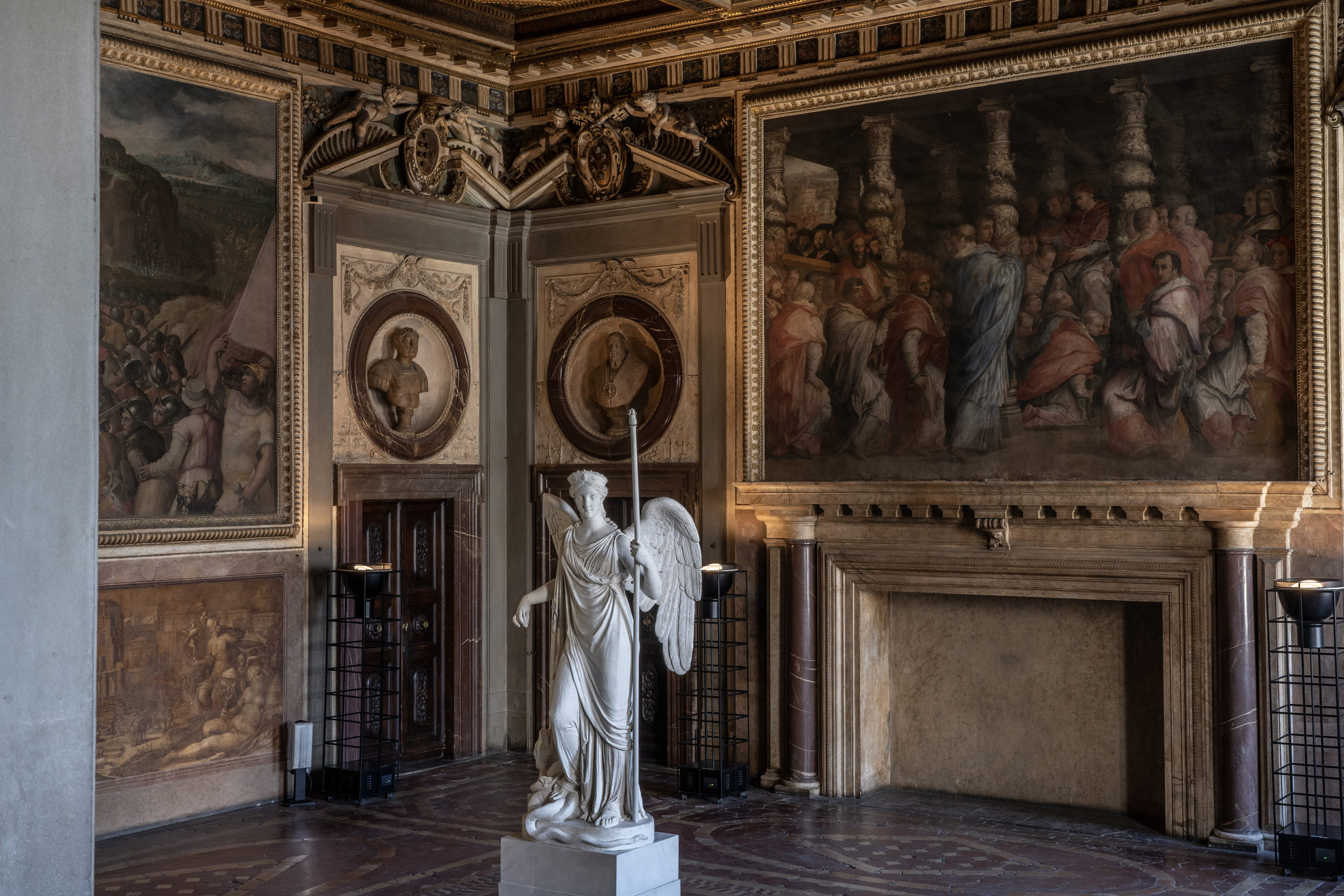 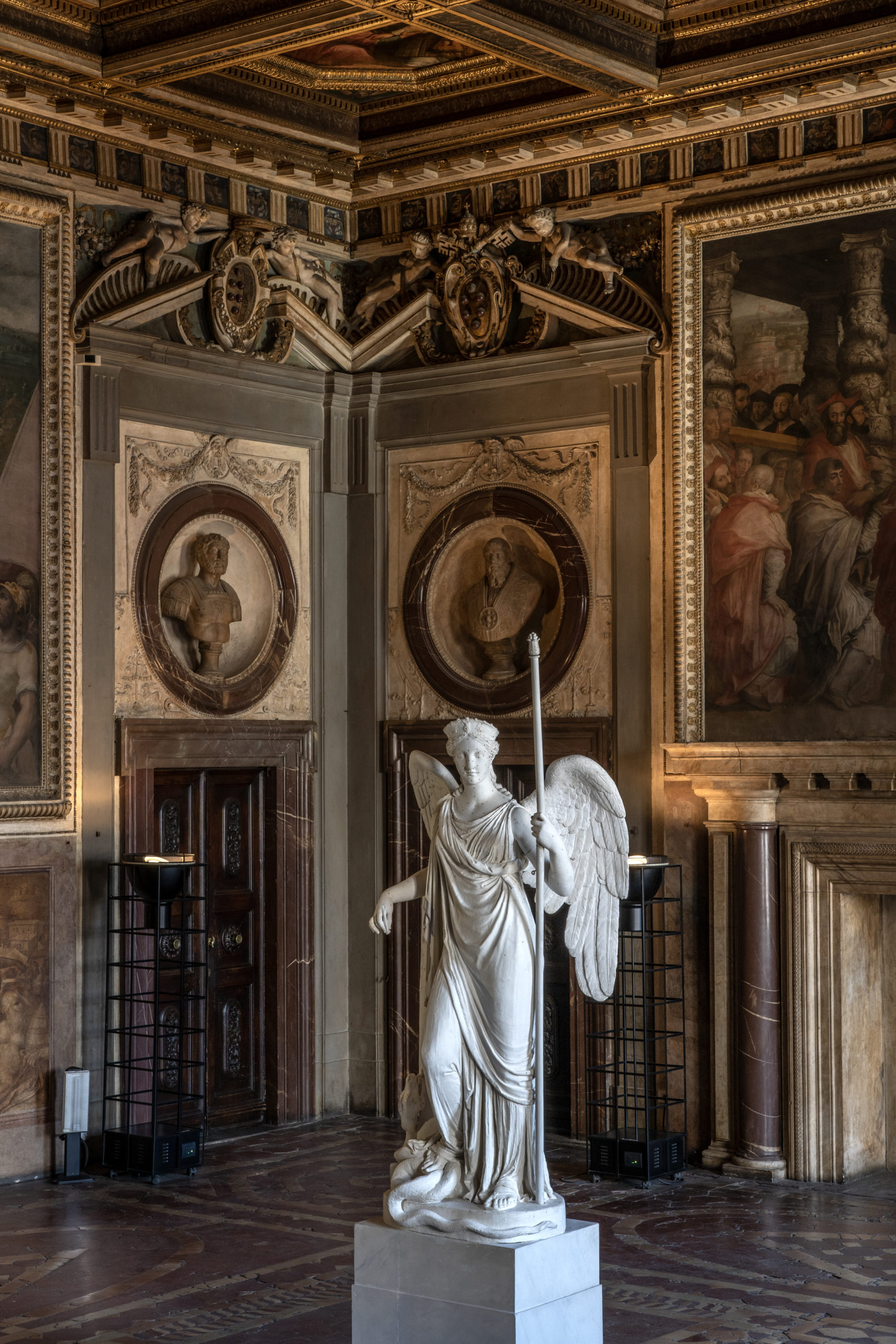 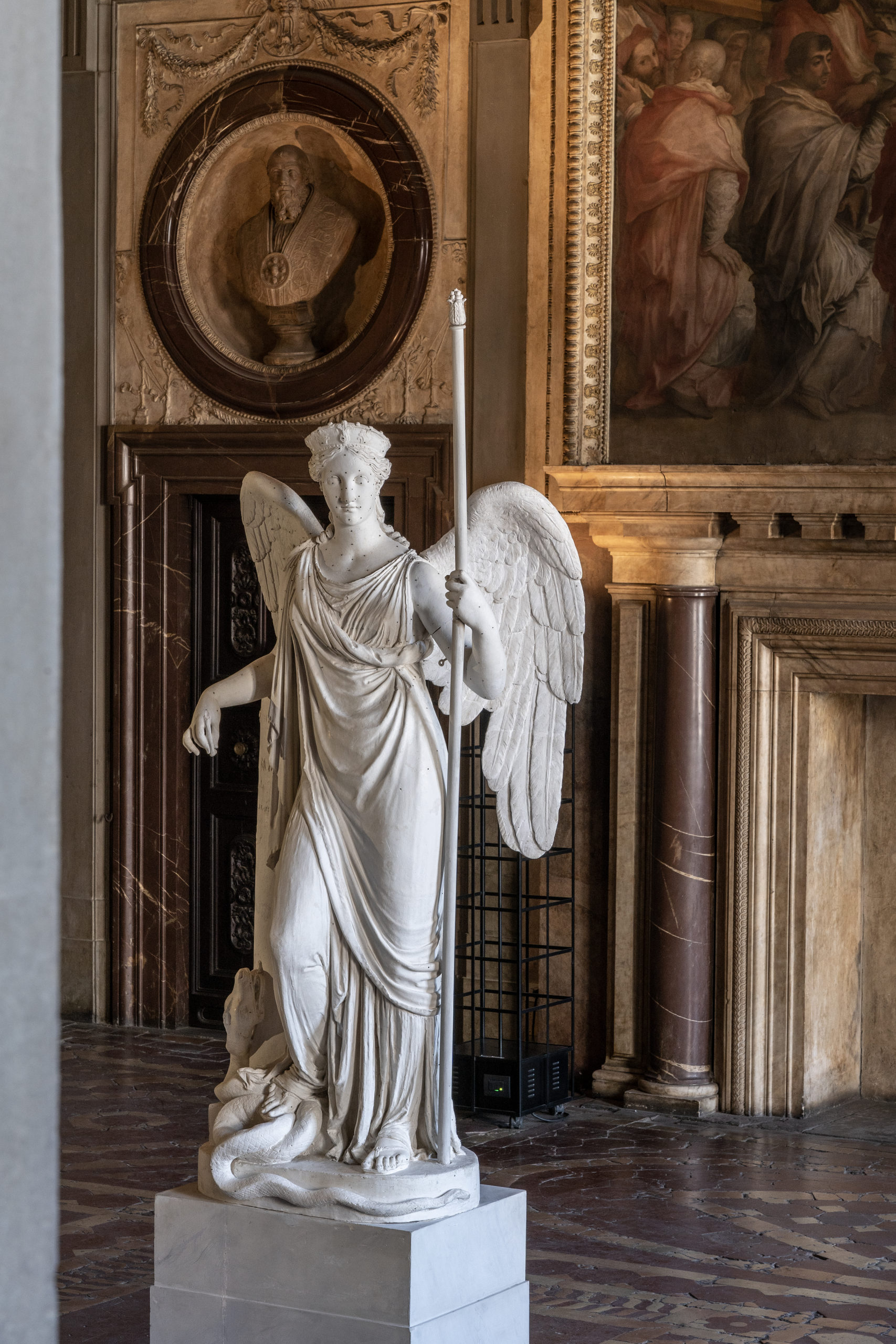 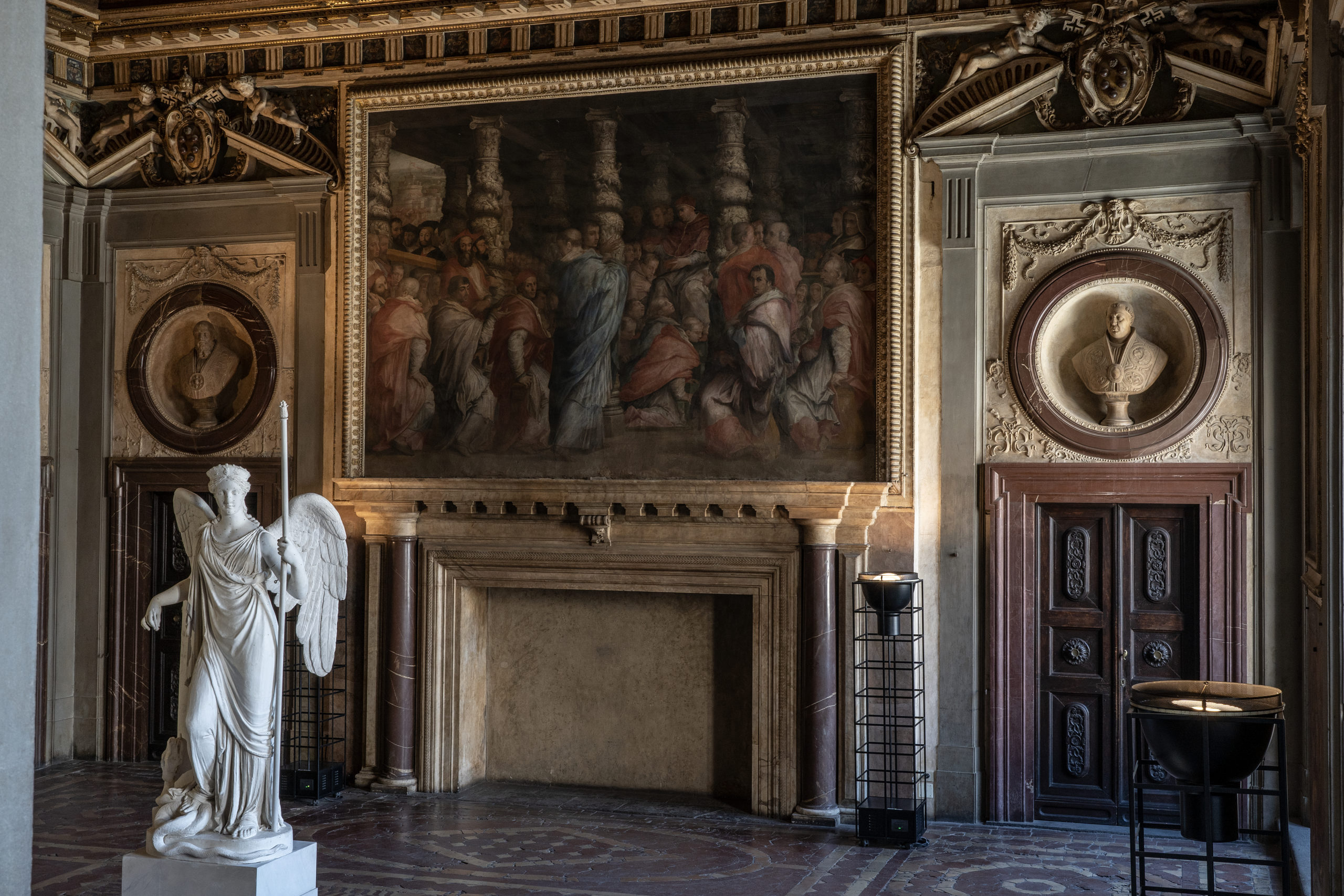