An intimate and private environment, cozy, sometimes a large atelier, a place for research, experimentation, meditation and creativity: the artist’s studio has always been a key topic in the history of art and a point of interest for scholars of considerable critical fortune.

This topic has been the subject of research within the curatorial program of the Museo Novecento already on the occasion of the exhibitions dedicated to authors such as Filippo de Pisis, Giulio Paolini and Luca Vitone, and returns to be central in the great anthology dedicated to the British sculptor Tony Cragg, whose legendary studio-atelier in Wuppertal, Germany was rebuilt in the ground floor rooms of the Museo Novecento for the exhibition TONY CRAGG. Transfer, in progress until January 15, 2023.

Starting from this reflection, the conference The artist’s studio: from the Renaissance to today will be held on Wednesday 9 November at 6:00pm in the Cinema Hall of the Museo Novecento by the Director of the Novecento Museum, Sergio Risaliti. A story that unfolds from the Renaissance workshops to the alchemical laboratory studies of the Mannerists, from the ateliers depicted by painters such as Velasquez and Vermeer, or in the nineteenth century by Courbet, up to the twentieth century with the famous studies of Picasso, Matisse and Bacon and again to the concept of artist studio in the complex art system of our days. An excursus aimed at art lovers and curious, who want to enter the secret places of making art. 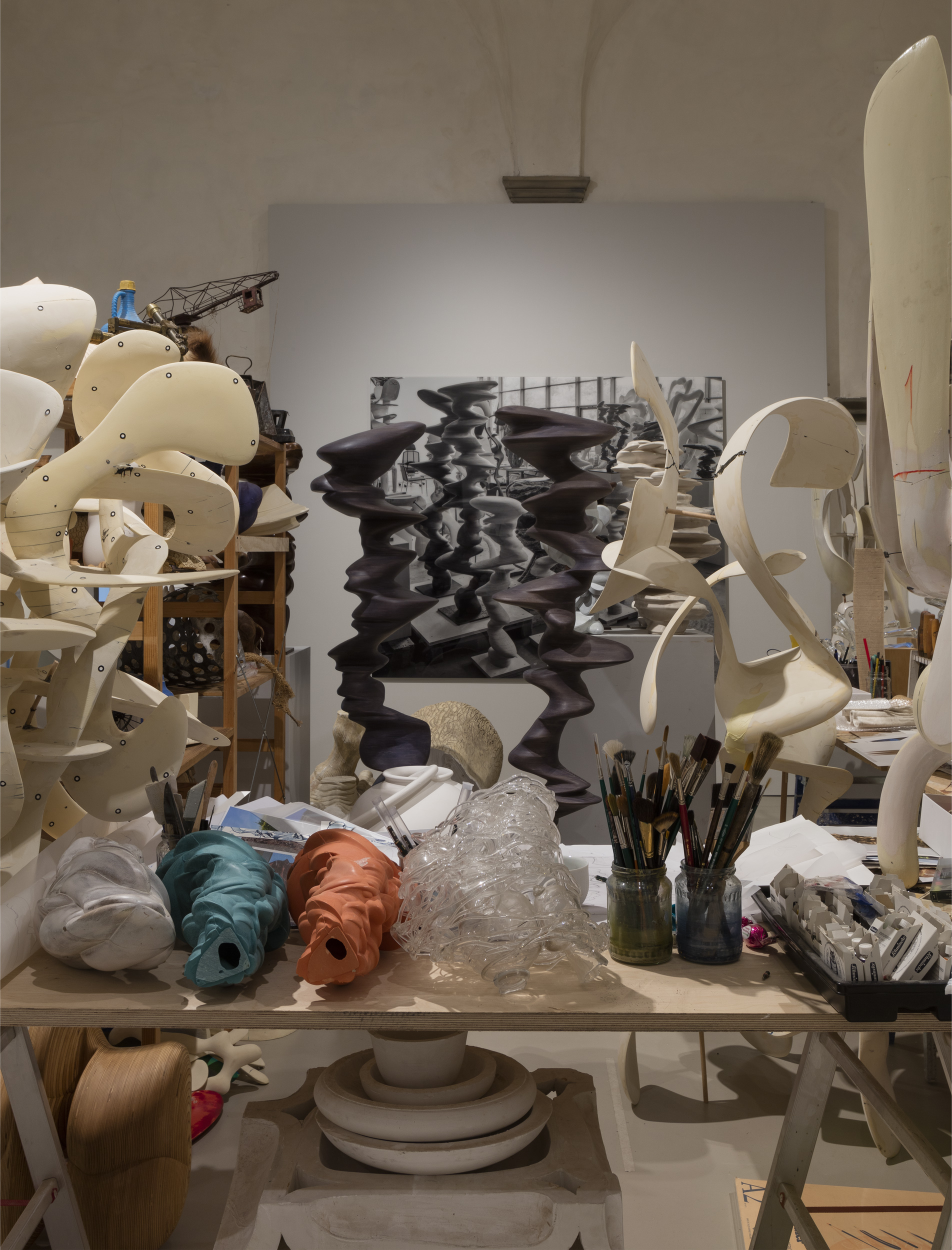 The artist’s studio has always been a place of imagination and at the same time real, a sort of idealized utopia as well as a chaotic space and perfect visual exemplification of the artist’s practice. Going far beyond the cult of the Renaissance, the artist’s studio has been transformed over the centuries, arriving at the very peak of its metamorphosis following the creation of the large laboratories of the first half of the 20th century, which housed factories and warehouses in former industrial spaces. art and design schools such as the Bauhaus in Weimar or the Vchutemas in Moscow, to then reach a total upheaval given by the abolition of the concept of open space. It is precisely through the so-called “collapse of the studio”, in fact, – as James Hall describes well in his The artist’s studio: a cultural history – that the fundamental passage that led the artists to break down the boundary between inside and outside takes place. and to conceive their creative space as devoid of physical and geographical limits, at times, and as a nomadic space, in other circumstances.

At the end of the conference, participants will be able to take part in an exclusive tour to discover the reconstruction of Tony Cragg’s artist studio in the rooms of the Museo Novecento.

He is an art historian, writer and curator of interdisciplinary exhibitions and events. He founded the Palazzo delle Papesse in Siena and was its director until 2002. Since 2014 he has been the artistic director of projects at the Forte di Belvedere, the Stefano Bardini Museum, Palazzo Vecchio and Piazza della Signoria in Florence. In the two-year period 2020/2021 he was appointed guest curator of the contemporary art section of the Museo e Real Bosco di Capodimonte in Naples. Since 2018 he has been the artistic director of the Museo Novecento in Florence.