On the occasion of the celebrations for the International Holocaust Remembrance Day, on January 27, 2023, the Museo Novecento is pleased to present a special appointment with the singer-songwriter, author and performer Letizia Fuochi, who will be the protagonist of the performance Neve di carta – il Canto della Memoria, accompanied by guitarist Francesco Frank Cusumano.

Historical anniversaries have a dual function, symbol and perspective, because in addition to celebration, it is necessary to recognize, in the need to remember, the current role of our responsibility, of our responsible action for protection, warning, change.

Through an alternation of stories and songs about Jewish culture, the two authors present music, stories and legends that are illustrated through the emotions of those who have lived in different times and ways the vicissitudes of one of the most ancient and fascinating peoples on earth. A recital to keep alive the voices of all those who have turned into small paper snowflakes in the long winter of humanity. 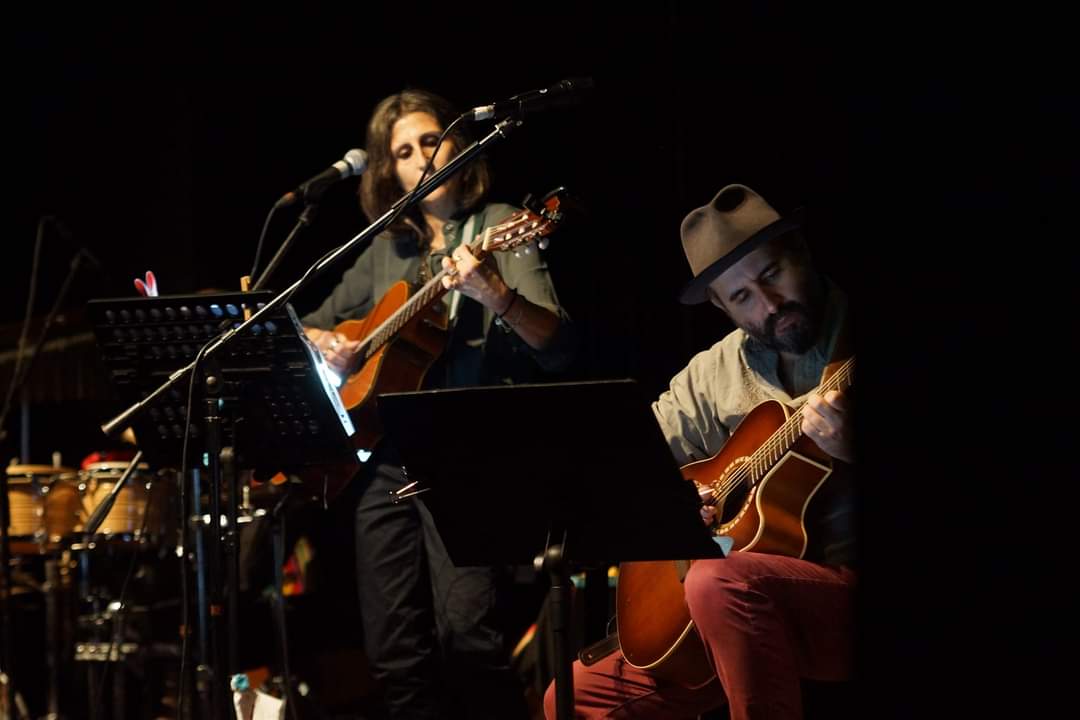 “Also this year, as we have always done since 2018, the Museo Novecento actively participates in the Day of Remembrance, and does not shirk its role as a tool for frontal reflection with the darker sides of history and human societies”, says Sergio Risaliti, director of the Museo Novecento. “Assuming a relevant position on these occasions is the role that a public museum has to play, using creative language and placing artists at the center of these celebrations. Art faces evil and inhuman violence hand to hand to break the silence and oblivion, always around the corner. Bringing light where there is loss and darkness, where the unspeakable of tragedy makes us deaf and blind. This is the great strength of art. With this special recital, the singer-songwriter Letizia Fuochi accompanied by the guitarist Francesco Frank Cusumano will offer the public a moment of reflection on the past but also of deepening and knowledge of the traditions of contemporary Jewish culture, in the desire to make these celebrations not only an occasion to commemorate but also of critical thinking and sharing”.

Fiorentina, granddaughter of Tina Allori, historic voice of RAI of the Fifties, after graduating in Contemporary History and eleven years as a bookseller, found her home in the song theater. Singer-songwriter, author and performer, she tours Italy with her shows under the production of a historic Italian indie label, Materiali Sonori. To date it has numerous shows and various, important artistic collaborations; in 2020 she was engaged by the Thèatre de la Ville de Paris and the Teatro della Pergola in Florence; in 2021 he obtained the recognition of Insieme per la musica awarded by Elio e le Storie Tese, the Trio Medusa and the CESVI of Bergamo for artists at the time of Covid. He has published Finito e infinito (2002), Come l’acqua alla terra (2009), Inchiostro (2017), Fuegos y Chavela. Letizia Fuochi sings Chavela Vargas (2021) and Zing (2022). In November 2022 he published with I Libri di Mompracem – Betti Editrice his book Nuda è la voce – Collection of monologues and songs. In January 2023 the winter tour begins with the new show Effetto Zing o sull’Inevitabile produced by Materials Sound, Archètipo Teatro and ArteLive.

Florentine guitarist, mandolinist, composer and arranger, born in 1980. For 12 years in the progressive folk group Martinicca Boison, with whom he released 4 albums on the Materiali Sonori label. Since 2010 he has been collaborating with the singer-songwriter Letizia Fuochi, for whom he takes care of the artistic production of the album “Inchiostro” released in 2017 again with Materiali Sonori; in 2020 the duo was selected among the winners of the call organized by CESVI “Together for music”. Since 2015 he has been musical director of the plectrum orchestra “La Nuova Pippolese” with which he performs the classics of Florentine song. He has played and recorded records with many other projects, including: Francesca Breschi and Chiara Riondino, Hugolini with the BMG label (with which he opened Francesco Gabbani’s concerts), Lu Colombo and numerous others. He has accompanied live artists such as Roberto Vecchioni, Morgan, Stefano Bollani, Peppe Servillo, Piero Pelù, Enrico Maria Papes of I Giganti, David Riondino and many others. He has composed and played soundtracks for cinema, radio and theatre, collaborating with names such as Carlo Monni, Niccolò Fabi and Angelo Savelli. In July 2016 he published the CD “Punto Primo. Works 2005-2015” which contains songs recorded in the first ten years of recording activity.