Deputy Mayor and Councilor for Culture of the Municipality of Florence

On the occasion of the International Day for the Elimination of Violence against Women, on Friday 25 November, at 5:00pm, the Museo Novecento presents Female artists and feminism in Italy. For a non-hegemonic rereading of the history of art, a talk around the volume by Paola Ugolini published by Christian Marinotti Edizioni (2022). 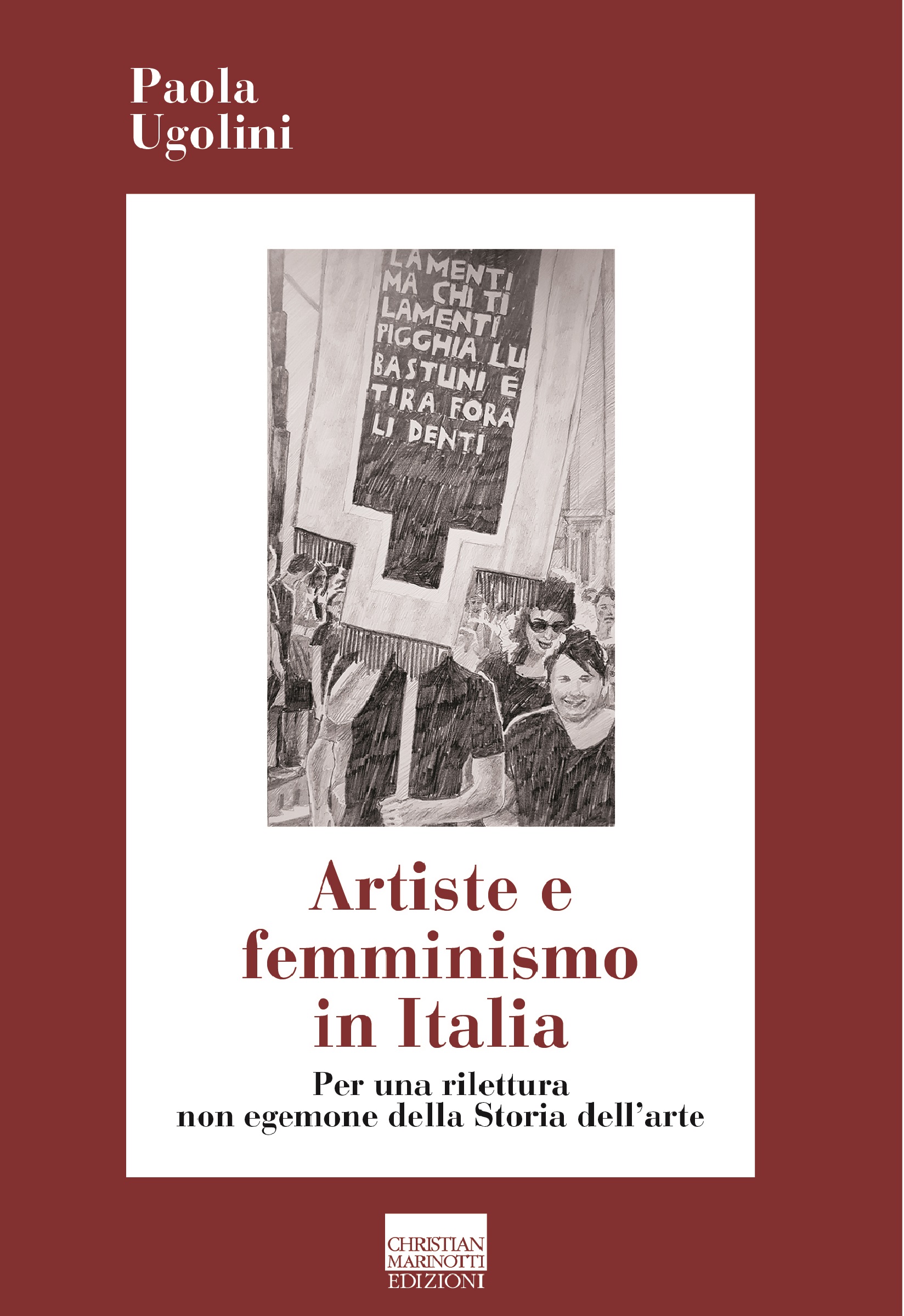 The meeting, introduced by the Deputy Mayor and Councilor for Culture of the Municipality of Florence, Alessia Bettini and by the Director of the Museo Novecento, Sergio Risaliti, will see protagonists, in addition to the author of the volume: Francesca Banchelli (artist), Christian Caliandro (art historian), Laura Cherubini, (professor of Contemporary Art History at the Brera Academy) and Julia Krahn (artist), in a round table mediated by Stefania Rispoli, curator of the Novecento Museum. Guests will focus on the key theme of the volume: the investigation of creativity observed from a non-hegemonic point of view aimed at opening channels that can continue to transmit and update the voices of those who have not been listened to for centuries.

In fact, the volume intends to build a visual path in which art declined by women becomes a project not only artistic, but above all political, social and gender. Among the numerous paths that can be traced by geographical, temporal or stylistic proximity, the author selects a very significant group of female artists who have worked in Italy from the first half of the twentieth century to today and from whom emerge a series of aesthetic-political articulations that they made art a field to express social, urban, ecological and feminist aspirations as radical as today repressed. This story of an art history different from how it can be found narrated in school textbooks is an attempt, certainly not exhaustive, to trace a path filtered through the lenses of feminism and militancy in order to propose a reading of the artistic evolution from a non-hegemonic point of view, the female one, in continuous evolution and transformation.

Lives and works in Rome and London. She is an art critic and curator at the In Between Art Film Foundation. He writes regularly for Exibart. Since the 1990s she has curated exhibitions and art projects focusing mainly on the work of female artists, video art, the use of the body in performance art and the relationship between art and feminism. In 1990 he was part of the curatorial team of the collective Ubi Motus Ubi Fluxus for the XLIV Venice Biennale; in 1993 she was assistant curator of the group exhibition Macchine per la Pace for the 45th Venice Biennale. In 2006 she was assistant curator of the Gino de Dominicis retrospective at PS1 and MoMA in New York. In 2014, together with Cristiana Perrella, he curated the video-art collective Oltre i Limiti e i confine at the MAXXI Museum in Rome. Since 2015 he has been guest curator of the Richard Saltoun Gallery in London with the group shows: The Body as Language, Women look at Women, Vocalizing (Greta Shödl and Tomaso Binga) and Femimism in Italian Contemporary Art: Silvia Giambrone and Marinella Senatore. Since 2015 she has been part of the She Devil collective which promotes female video art. In 2018 and 2019 and 2021 he curated three exhibition projects for the Loop video art festival in Barcelona at the Sunol Foundation, at the Mnac (Museu National d’art de Catalunya) and at the Tapies Foundation. In 2017 he curated the collective Corpo a Corpo for the National Gallery of Modern Art in Rome and in March 2021 the collective IO DICO IO with Cecilia Canziani and Lara Conte. Paola Ugolini is screening curator of CortoArteCircuito and in 2020 she also curated the retrospective of Bice Lazzari (1900-1890) at the Museo Novecento, as well as site-specific installation interventions by Silvia Giambrone and Clairefontaine. He is Art Advisor for important Italian private collections and since 2015 he has been a member of the scientific committee of Album Arte, an independent contemporary art space based in Rome. He has held lectures as visiting professor of curatorial practices and gender studies at the University of Roma Tre, at the John Cabot University of Rome, the Naba of Rome, the Academy of Fine Arts of Brera in Milan and the Academy of Fine Arts in Rome and from May 2021 to the master’s degree in communication management and cultural policies at the Iuav University of Venice. Since 2017 he has been collaborating with Maria Grazia Chiuri, creative director of the Dior women’s collections, as an art consultant.