The exhibition, hosted partly in the Museo Novecento and partly in the Sala Udienze of Palazzo Vecchio, features Lucy + Jorge Orta who, since the early 1990s, have developed a practice that moves between art, design and architecture, aimed at investigating ecological and social issues.

The Museo Novecento comes out of the physical confines of the former Leopoldine complex and makes space in the Sala delle Udienze of Palazzo Vecchio. It happens on the occasion of “Room. Lucy + Jorge orta “(12 April 2019 – 4 July 2019), exhibition curated by Arabella S. Natalini, Stefania Ricci, Sergio Risaliti, an integral part of the Sustainable Thinking project organized by the Salvatore Ferragamo Museum and the Ferragamo Foundation.

“We have chosen visual art as a means of expression for its ability to be a universal tool. – declared LUCY + JORGE ORTA – We hope that our works will sound like an alarm bell and help raise awareness of the problems that afflict humanity and the entire planet “. Their research path is always supported by a stringent dialogue between human habitat and natural environment, between ethics and aesthetics, and their works are designed to stimulate the community and present themselves as “active agents in a world that we all dream of.”. 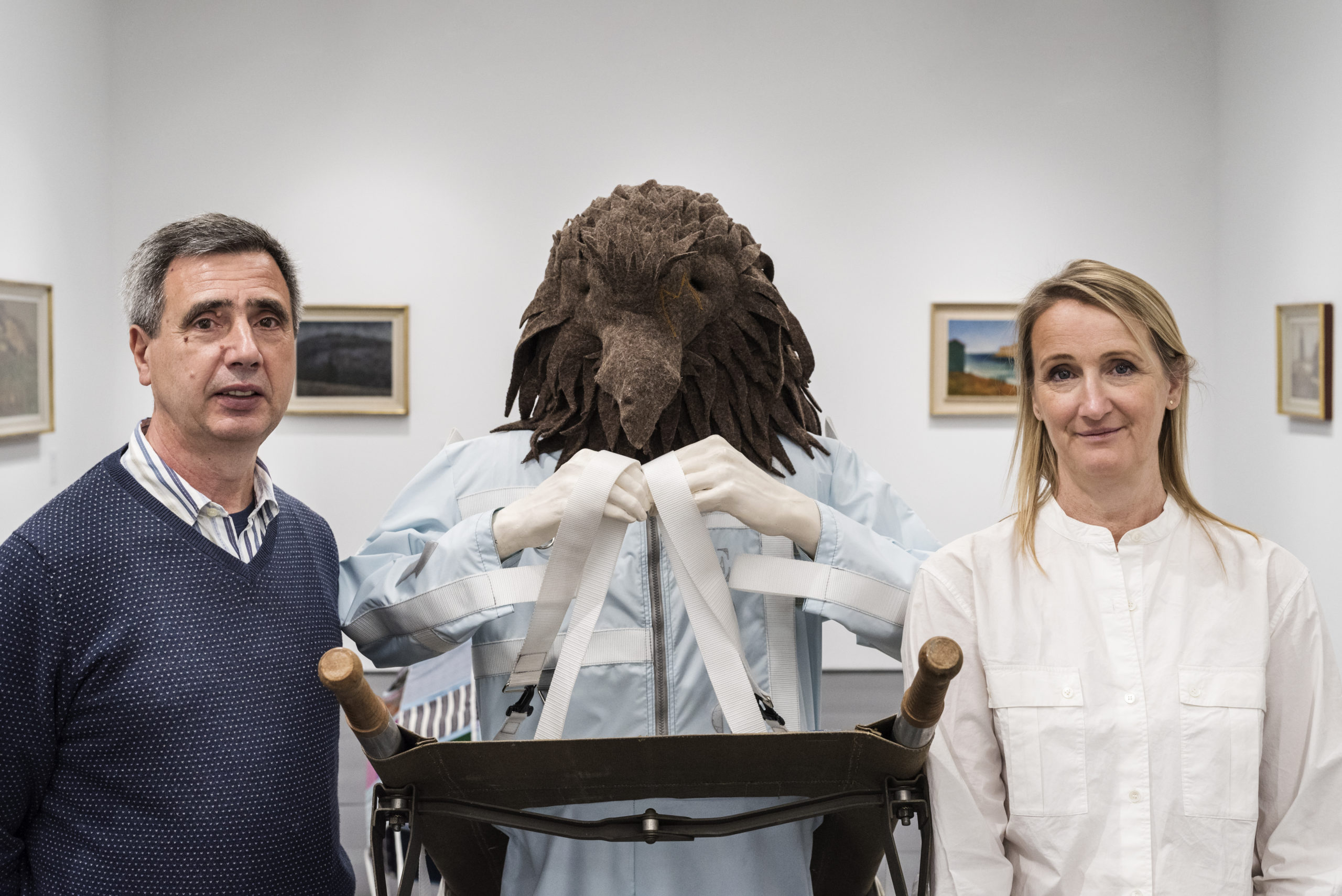 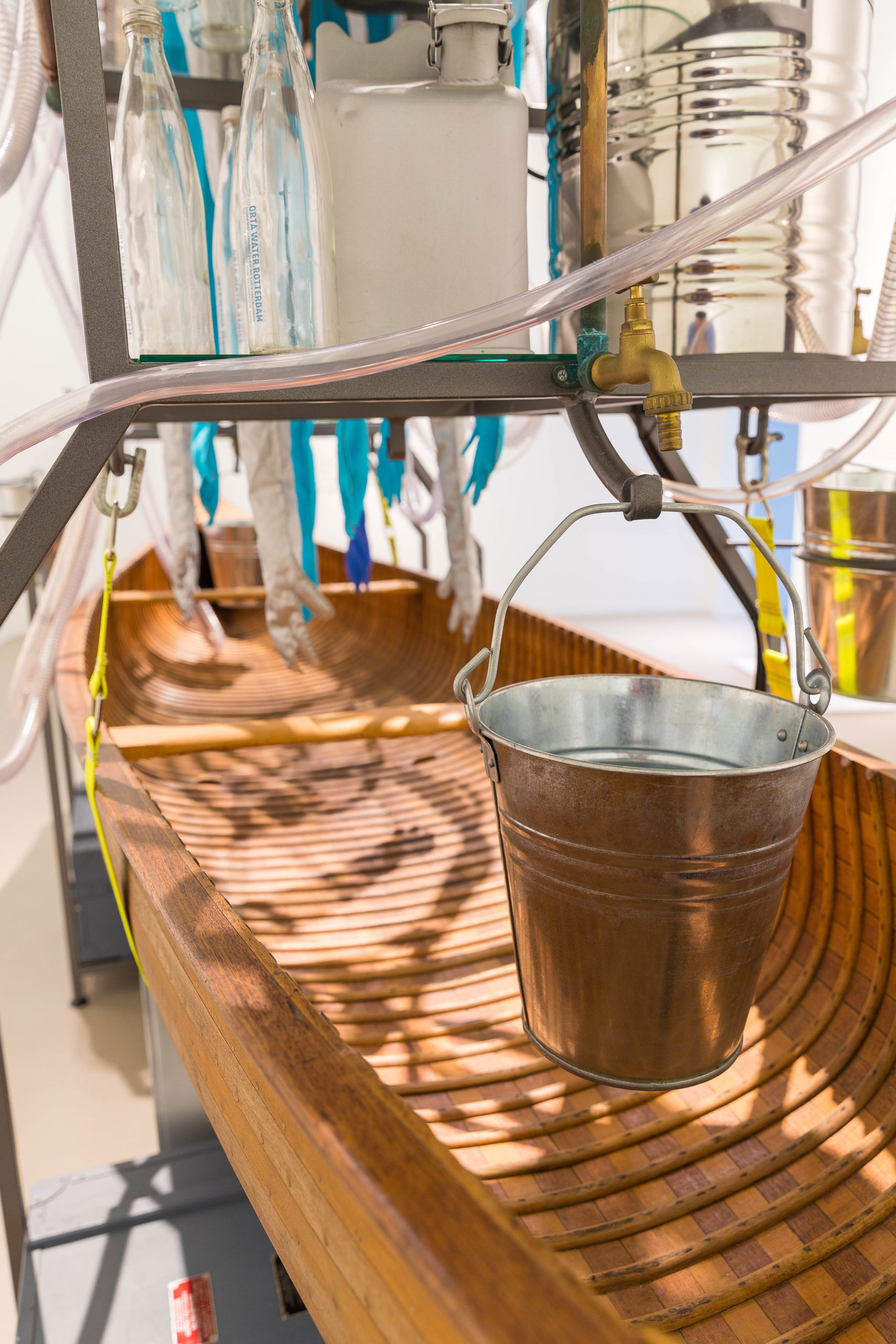 OrtaWater – Fluvial Intervention Unit belongs to a body of work started in the early 2000s, which problematize the issue of lack of water and some issues related to privatization and the control of its distribution at a global level. Starting from careful research and collaborations with industry experts and engineers, the artists have created a series of sculptures and large-scale installations, which reproduce within them the cycle of water purification and distribution. Some works host, for example, low-cost devices capable of pumping, filtering and distributing water from local sources. The intervention housed on the ground floor of the Museo Novecento proposes a structure in which a canoe, a small water supply network and some objects, tools and instruments related to water as a resource and its fair distribution are exhibited. In a mixture of art, ecology, anthropology, teaching and creativity, the sculptures of the OrtaWater series summarize that attitude that binds all the artistic research of Lucy and Jorge Orta: the aesthetic experience and the imaginative commitment can act as real vectors of change, proposing alternative models of sustainability, both ecological and social in a dramatic era for the fate of the planet.

In the permanent collection of the Museo Novecento, among the works of the Alberto della Ragione Collection related to the Italian pictorial landscape and still life, Lucy + Jorge Orta also present two sculptures from the Life Guards cycle.
Referring to the ecological state of emergency in which we live, Life Guards are personifications of the four elements (Air, Earth, Fire and Water), common to all cosmogonies, western and eastern, which evoke the need to develop more sustainable ways of use. , protection and conservation of the vital resources of our planet. The two sculptures in the museum represent respectively the Air and the Mother Earth. In both works an anonymous figure, with a face covered by a mask, drags on his shoulders a stretcher on which some symbolic objects are placed or tied. 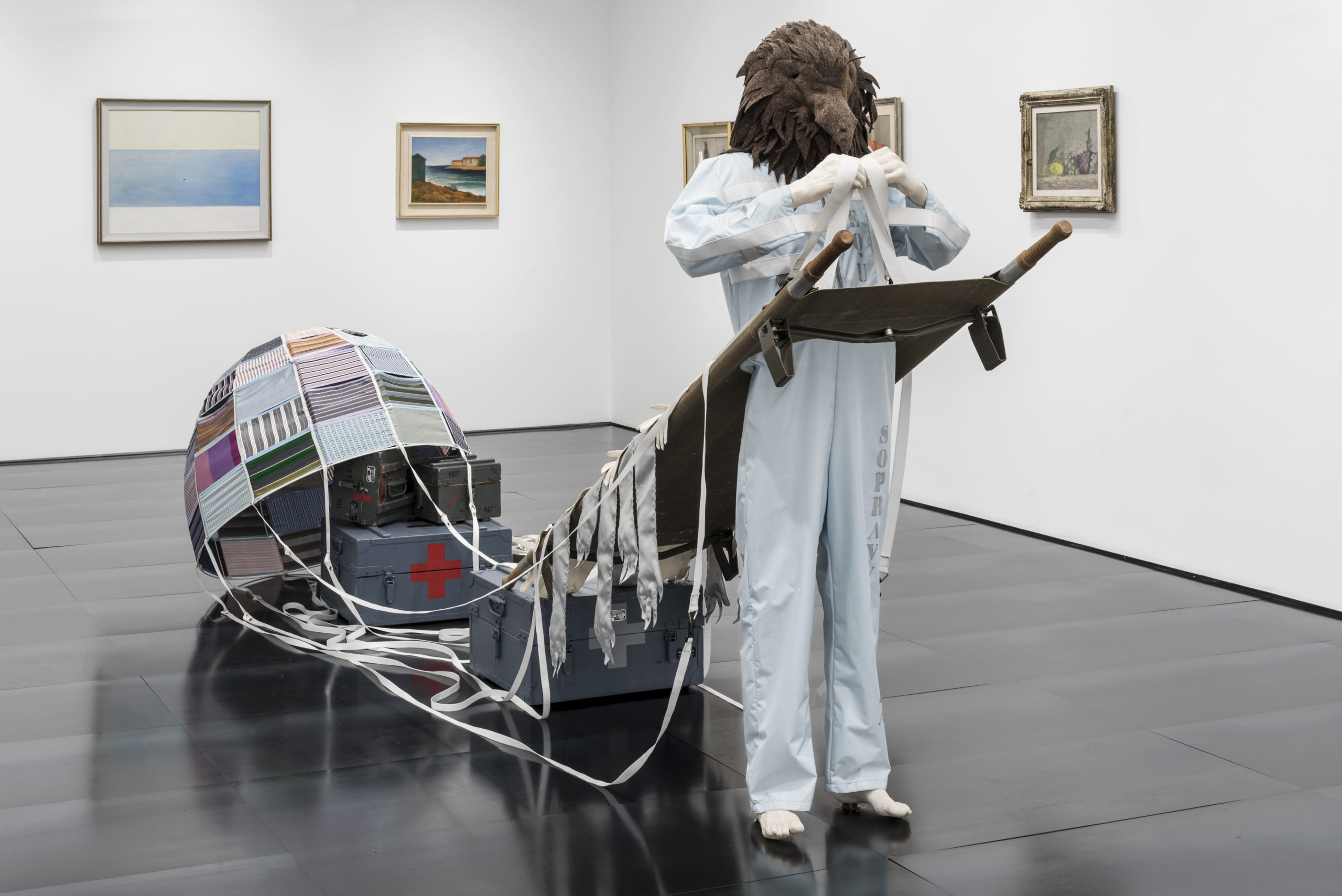 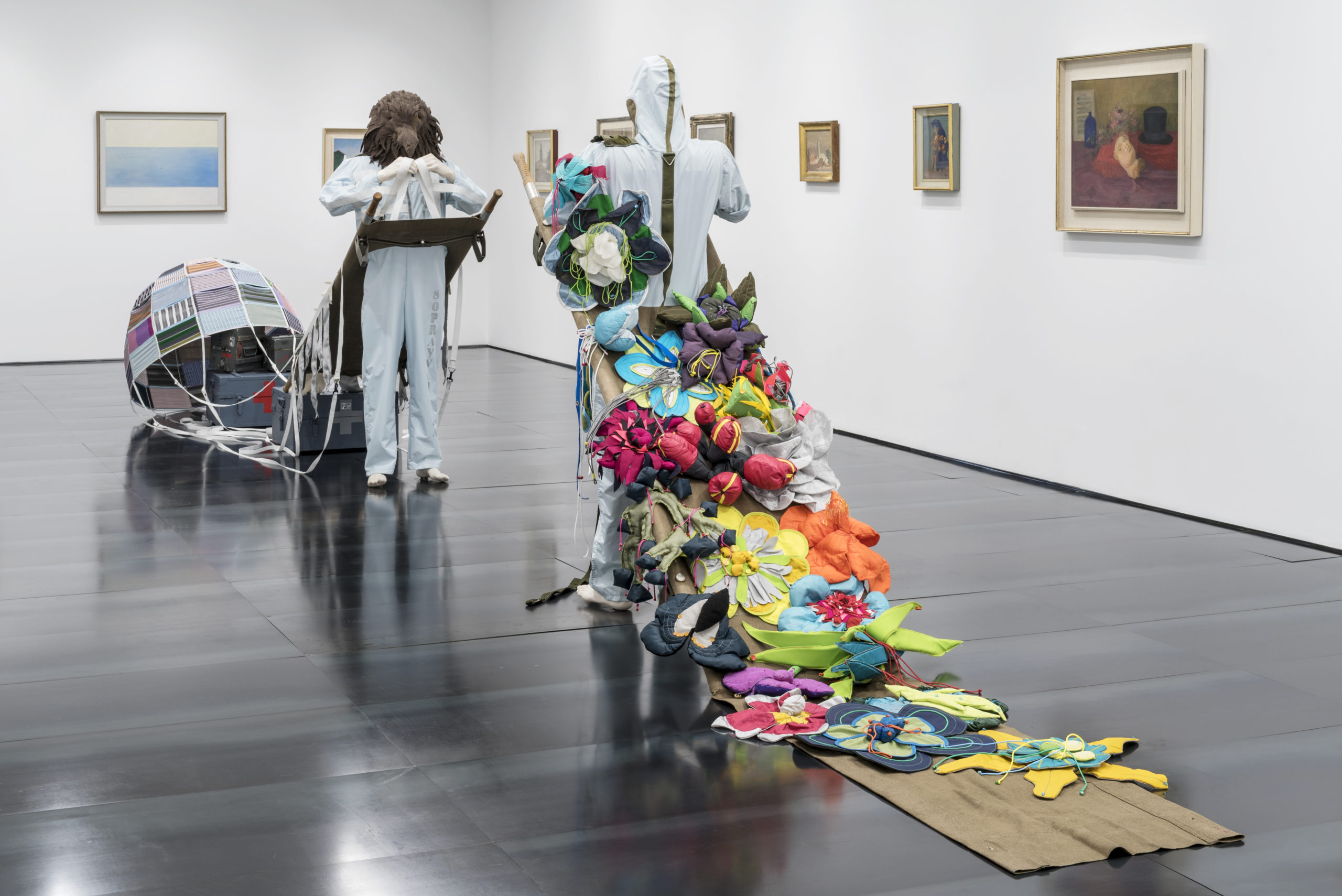 In their solitary gait, the bodies project around them an image of alert and emergency. As the title of the works suggests, as well as the presence of the litters, the figures are shrouded in a certain ambiguity. We are not sure if their rescue operation is still in progress or has already ended.
To evoke Air, Lucy and Jorge Orta poetically resort to the idea of ​​flight. The presence of the parachute built from scraps of fabric and the feathers that adorn the mask seems to give substance to this element.
Mother earth is evoked, luxuriant and generous, with colorful flowers and plants as in a modern Botticelli spring. The Amazon, referred to in the title of the work, “is a place both real and mythological at the same time” remember the artists “With the highest concentration of biodiversity per square meter, it is by far the most important living organism on which human beings rely on their own species for survival ”. The ability to give shape to the four elements also recalls the allegorical settings typical of the Mannerist era such as in the famous Studiolo of Francesco I and in the Tribuna room at the Uffizi where Earth, Air, Water, Fire are alluded to with significant decorations. 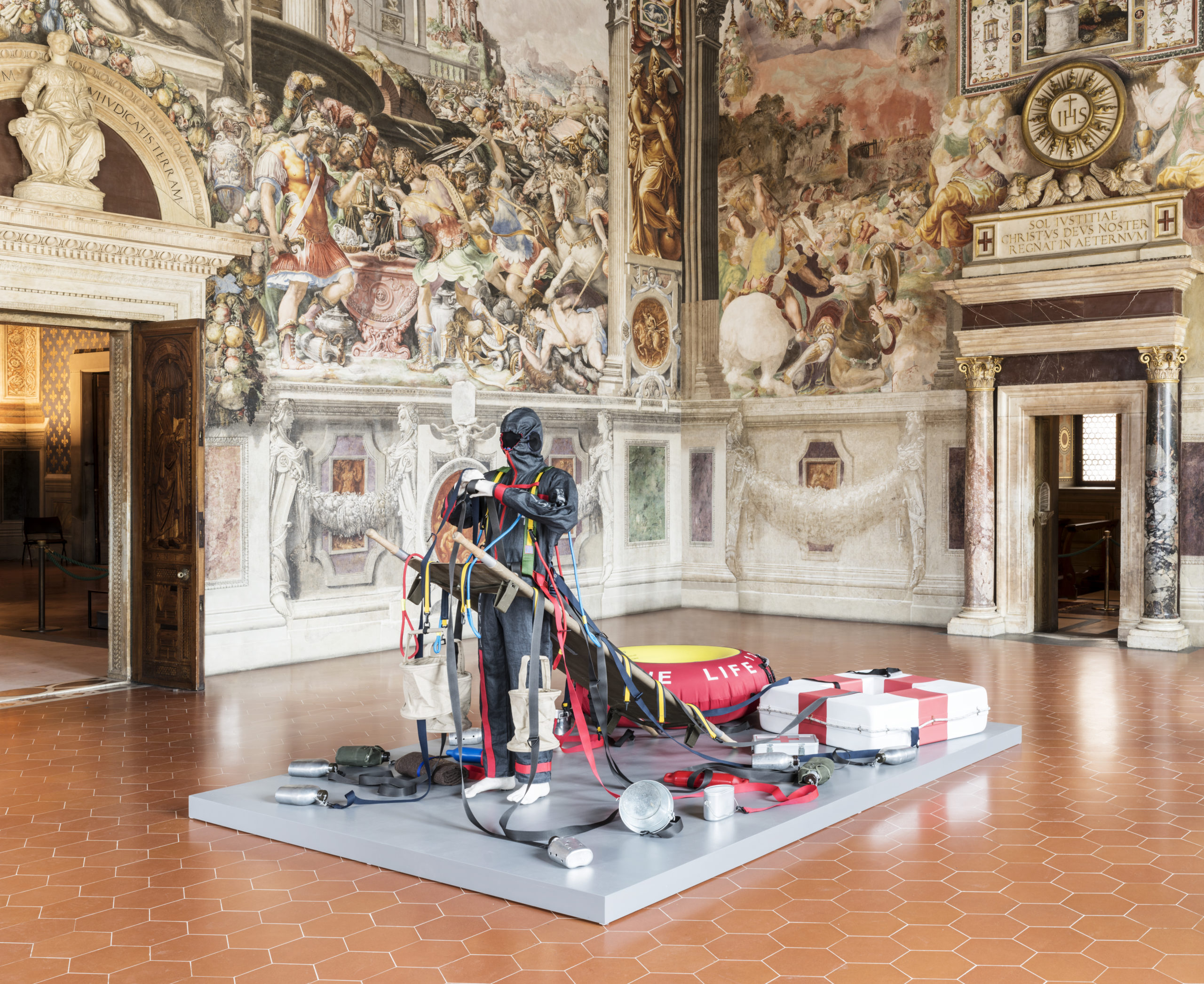 founded Studio Orta in 1992 and have been working together under the name of Lucy + Jorge Orta since 2005. Employing various media including drawing, sculpture and performance, their artistic practice focuses on the making of important bodies of work that address major societal challenges and ecological of our time. Among their most emblematic projects are OrtaWater, Amazonia and Life Guards. Orta’s works have been the focus of important exhibitions, including: the 46th Venice Biennale (Argentine Pavilion) (1995); The Curve gallery, Barbican Art Center, London and Bevilacqua La Masa Foundation, Venice (2005); Museum Boijmans Van Beuningen, Rotterdam (2006); Biennial of the End of the World, Ushuaia and Antarctic Peninsula (2007); Pirelli Hangar Bicocca, Milan (2008); Natural History Museum, London (2010); MAXXI Museum, Rome and the Shanghai Biennale (2012); Yorkshire Sculpture Park, UK (2013); Herbert F. Johnson Museum of Art, USA and Parc de la Villette, Paris (2014); London Museum Ontario (2015); Attenborough Arts Center, Leicester and City Gallery and Museum, Peterborough (2016); Humber Street Gallery, Hull (2017); Ikon Gallery Birmingham (2018). Numerous monographic publications have been dedicated to their work. Their works are included in important public and private collections around the world. In recognition of their contribution to the theme of sustainability, in 2007 the artists received the Green Leaf Award for artistic excellence carrying an environmental message, presented by the United Nations Environment Program in collaboration with the Natural World Museum at the Nobel Peace Center in Oslo in Norway. 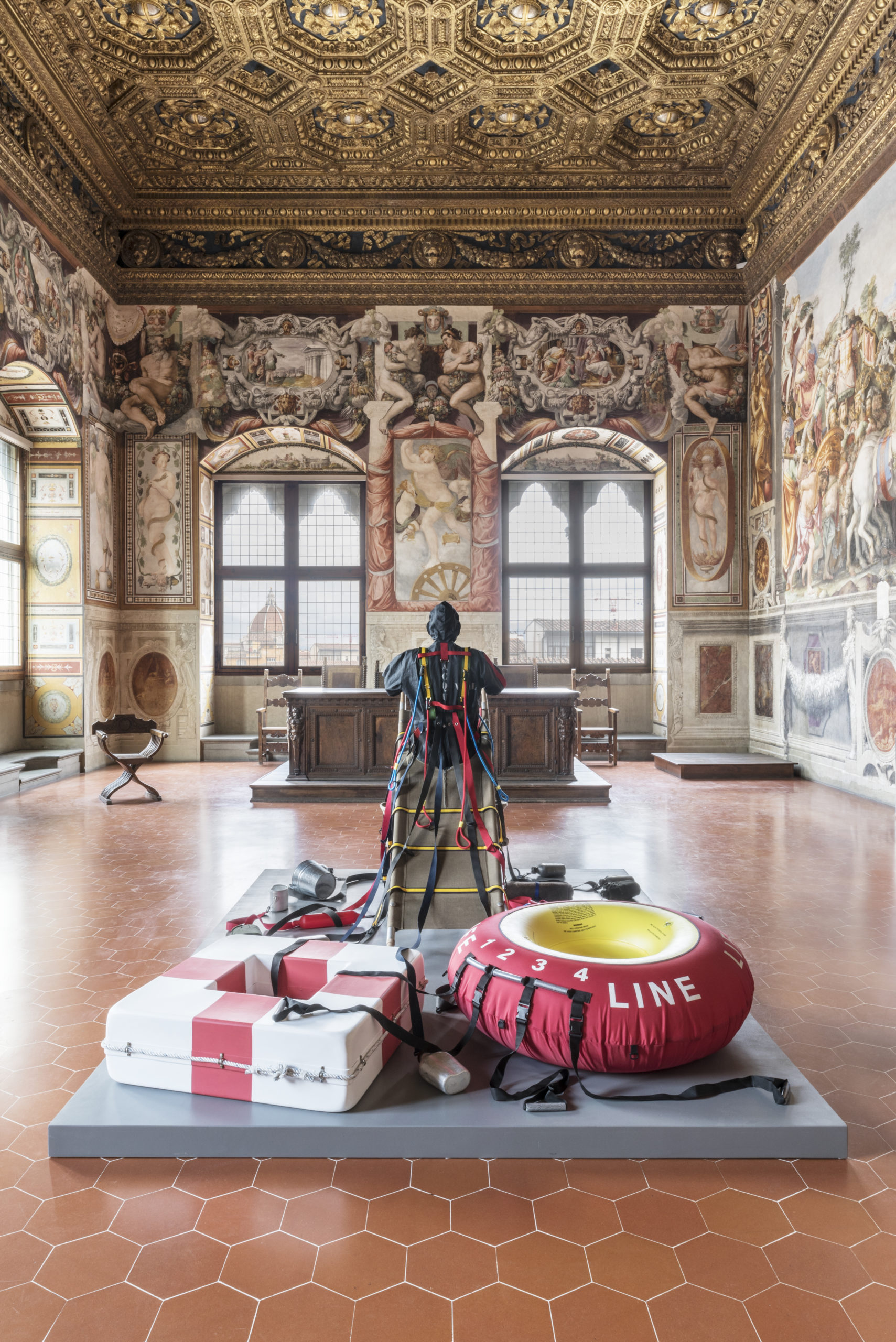 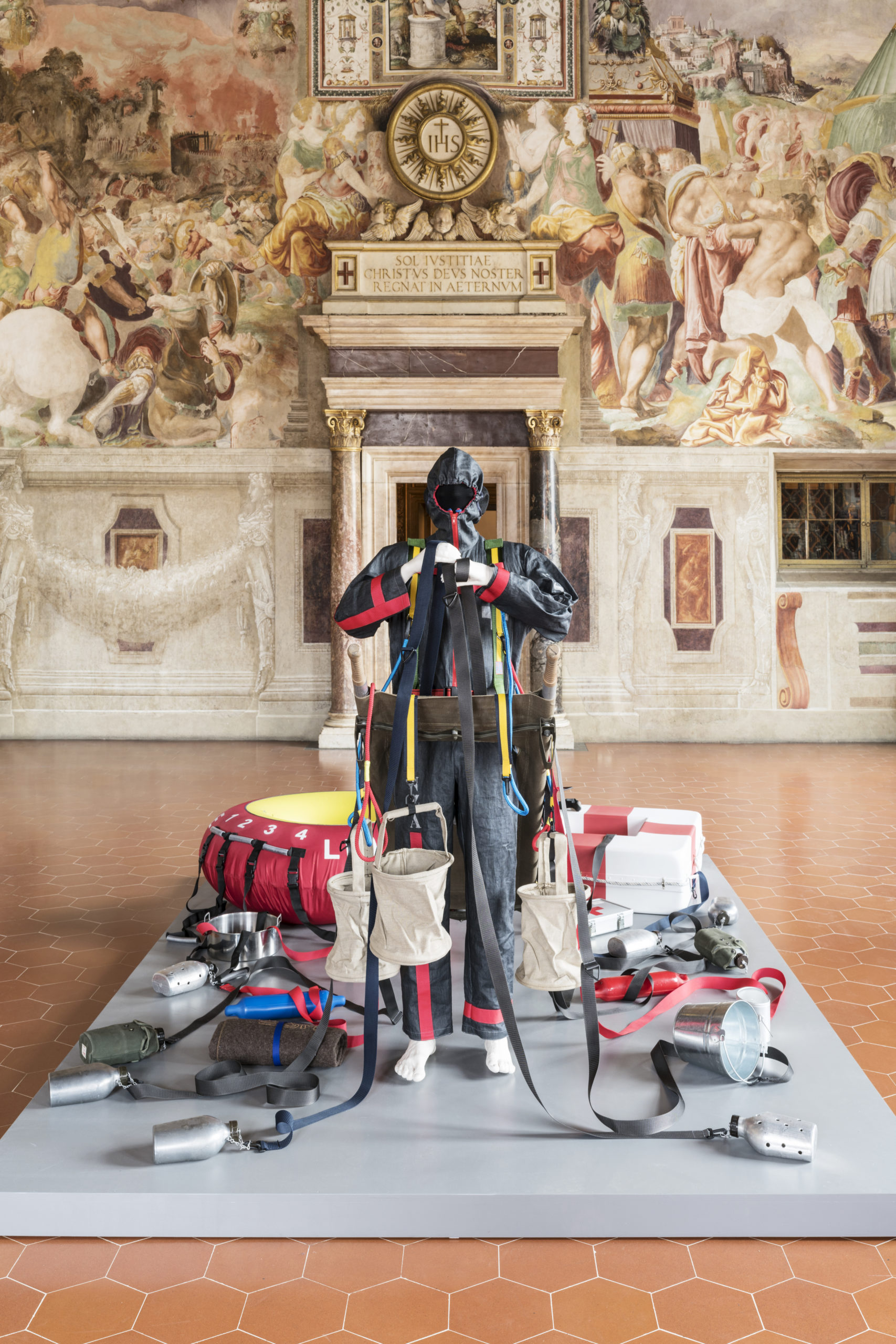 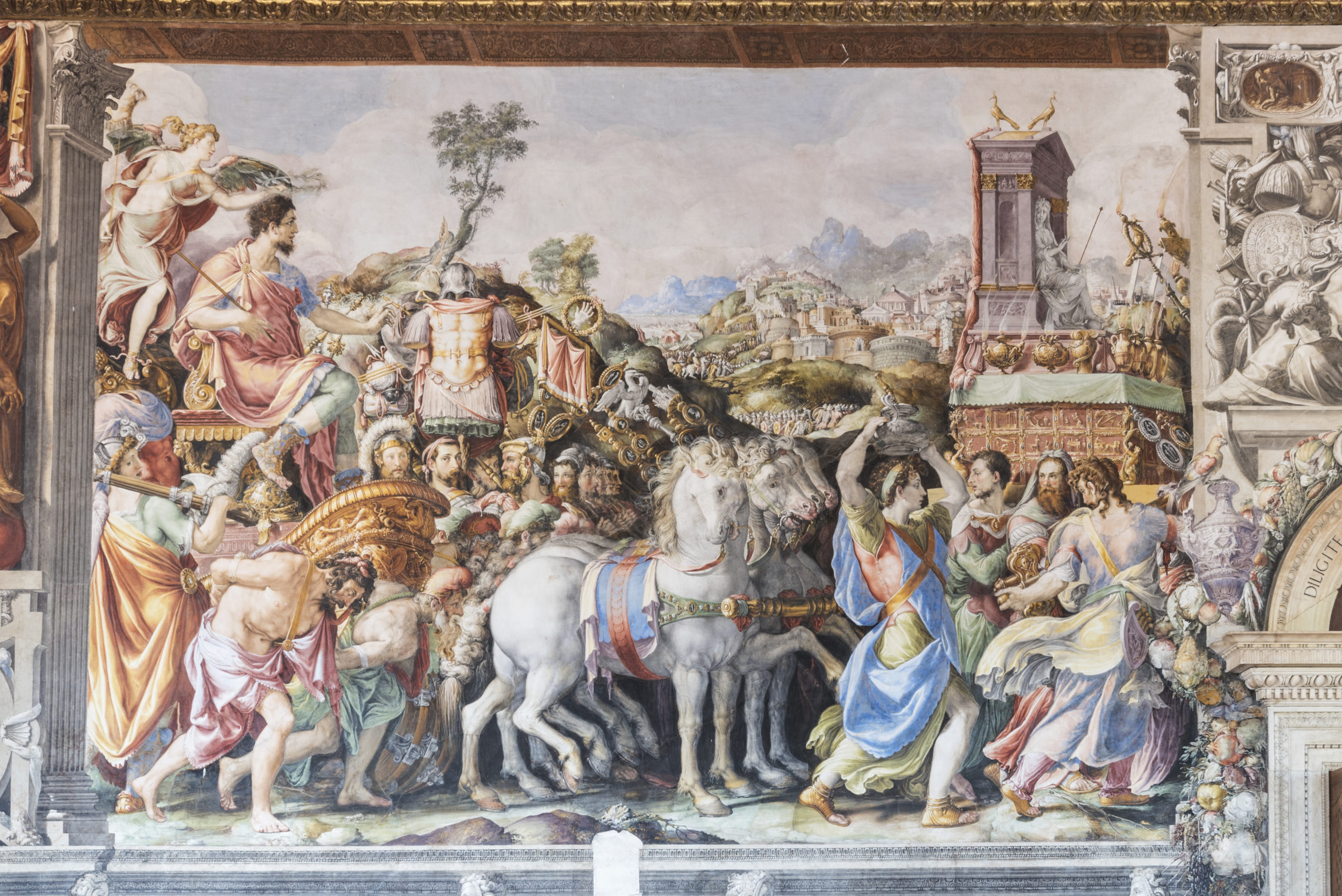 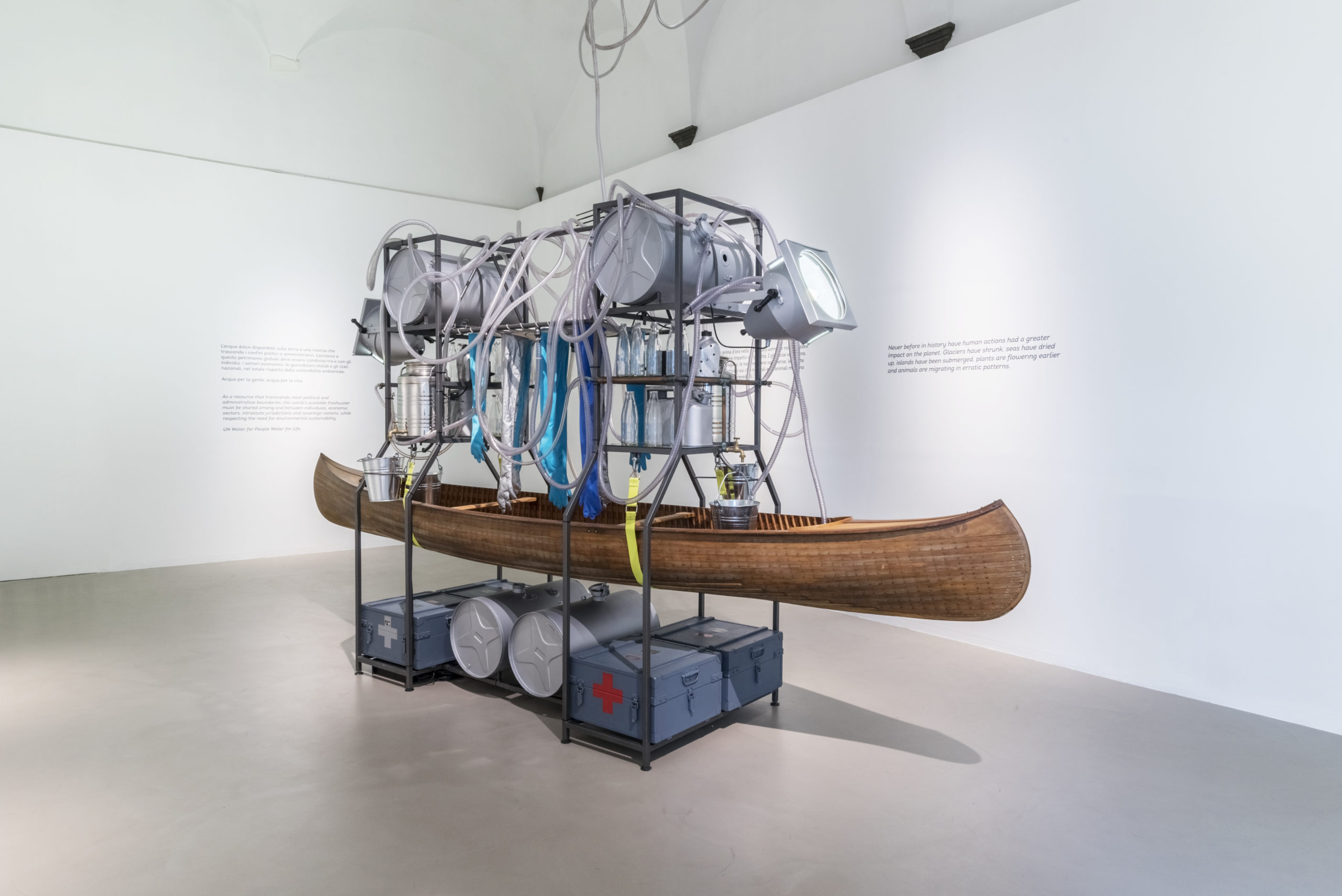 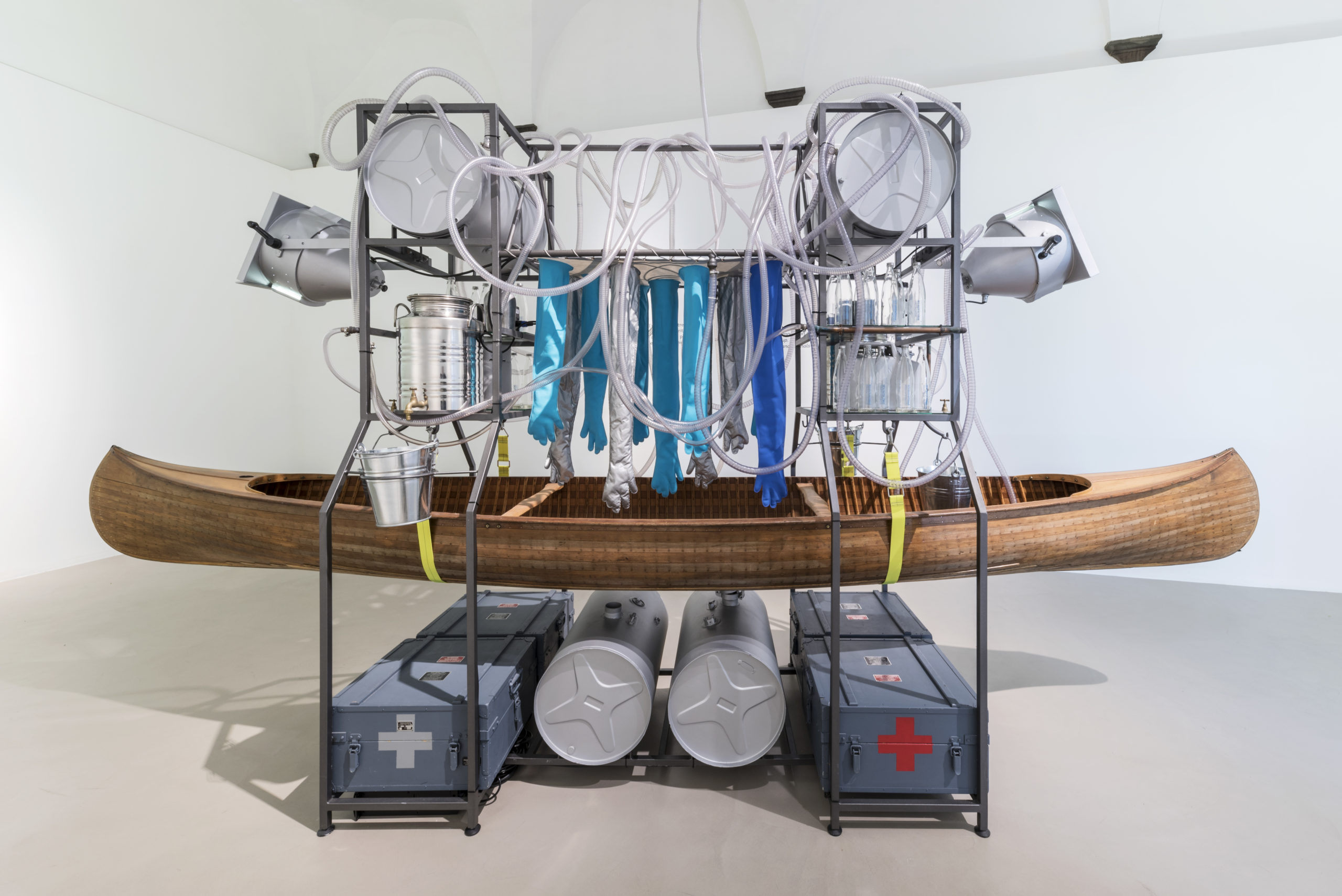 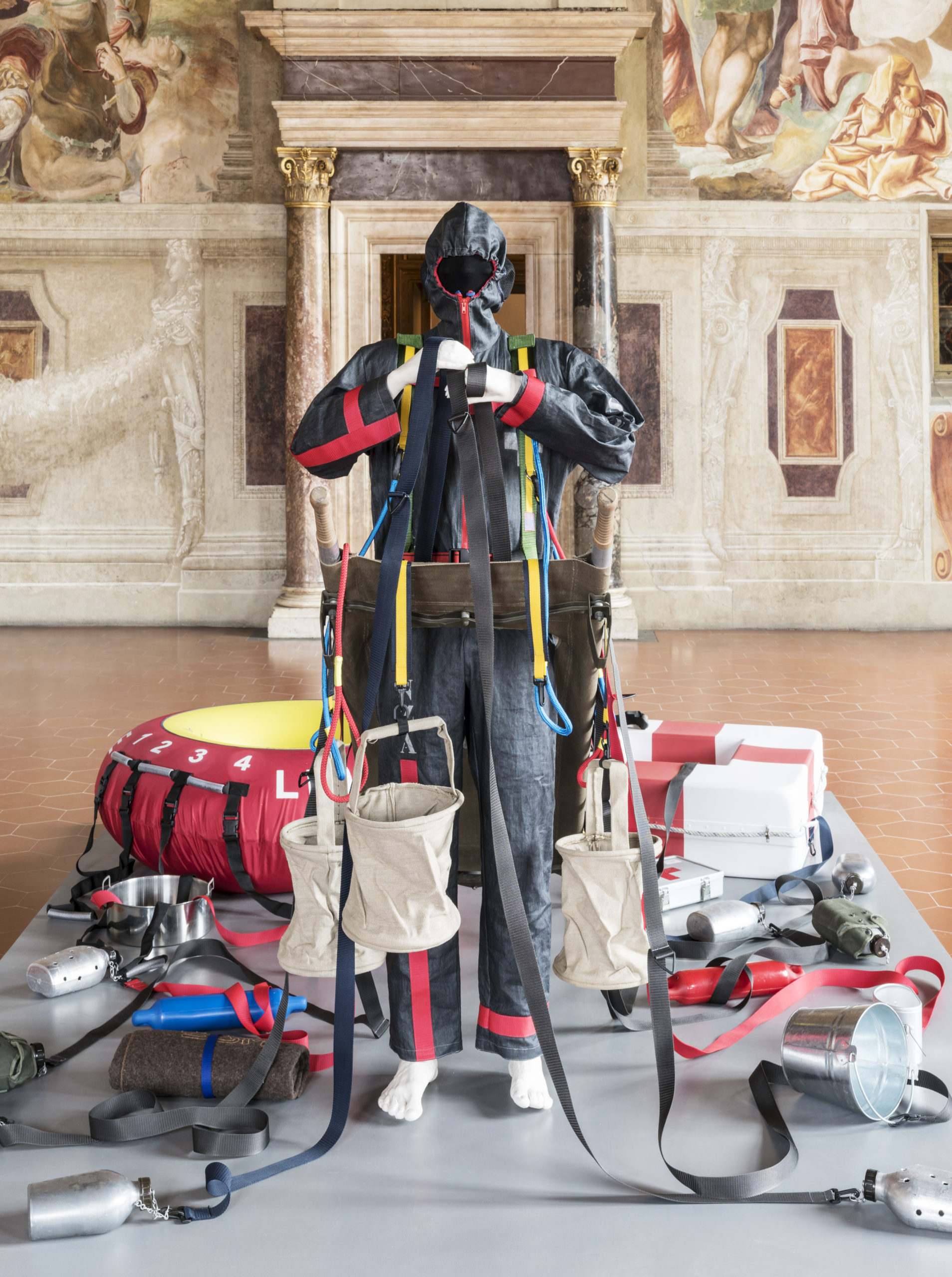 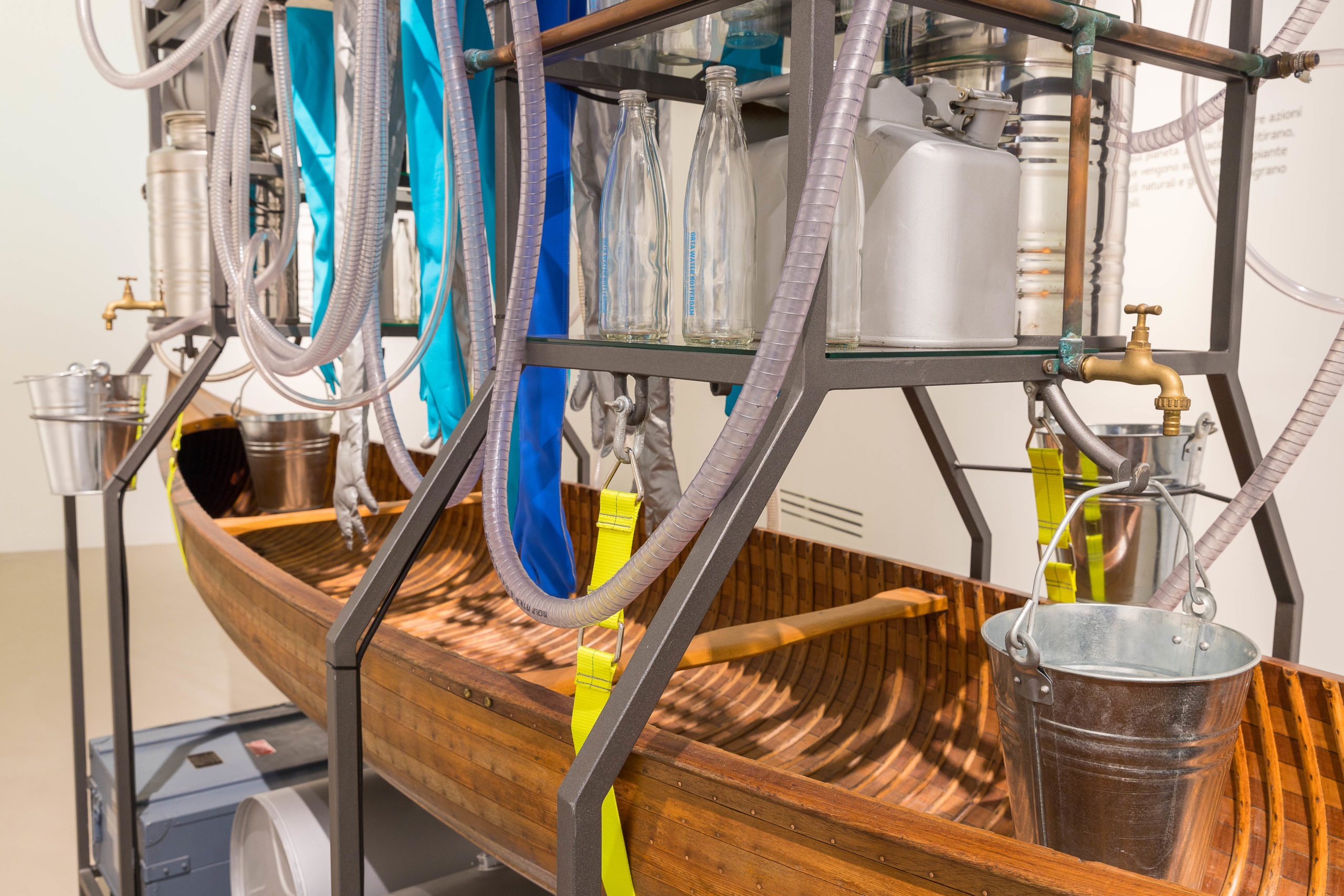 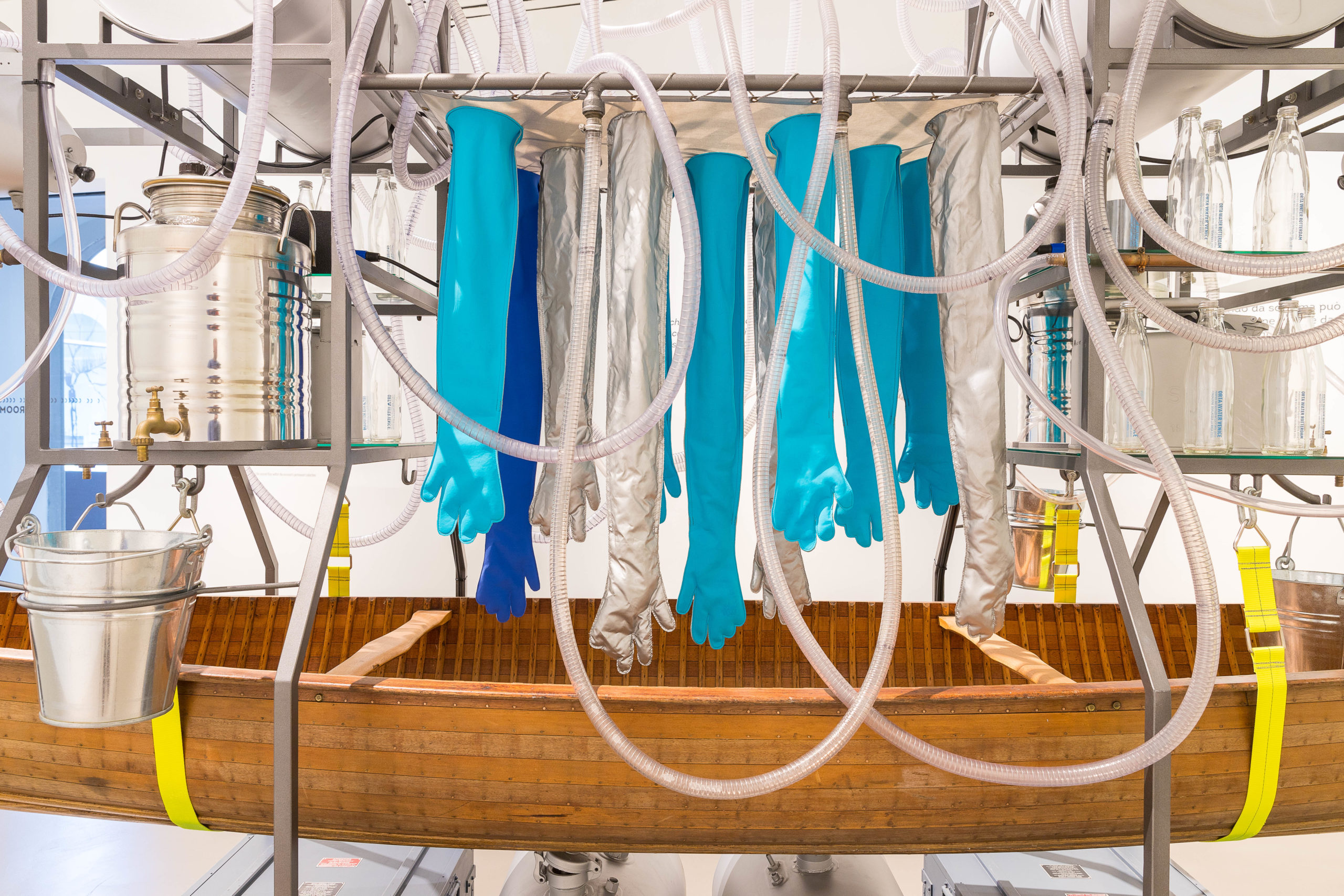 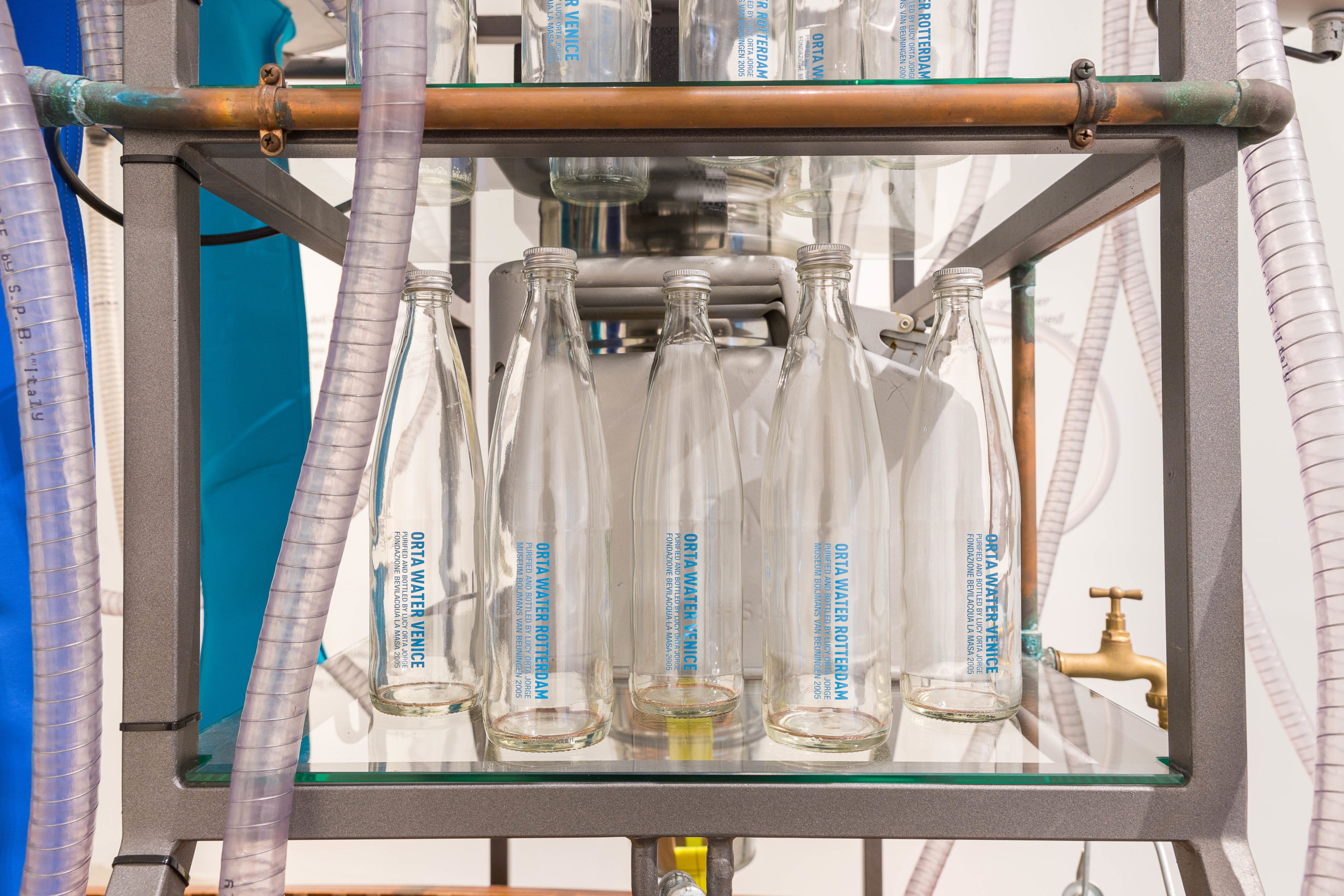