The first appointment of this cycle was entrusted to the curator Lorenzo Bruni who chose to present three installations created between 2009 and 2016 to trigger a site-specific dialogue with a painting by Felice Casorati, Yellow Nude (1945), identified among those from the Alberto della Ragione Collection.

The exhibition itinerary begins with the black and white images of “Singspiel“, a video of 2009, to reach, at the end of the course, the color of “It Has a Golden Sun and an Elderly Gray Moon” of (2016), screened at interior of the museum chapel, a small jewel of religious architecture reserved for contemporary art installations. The central core of the exhibition is characterized by a blue curtain-curtain that must be looked at and crossed like an abstract painting (“Blue Curtain” of 2015).

Von Brandenburg’s goal is to create a narrative in which the viewer is asked to personally evaluate the various cultural references of the works on display, in order to answer a highly topical question: which values, forms or categories of “Modernism” are worth remembering today for the construction of an identity that is participatory and not just imposed?The exhibition was conceived as a representation in three acts in which the viewer finds himself wondering what the limit is between reality and its representation, and what may be the ritual forms used today to establish channels of sharing between the dimension. local and the other by itself. 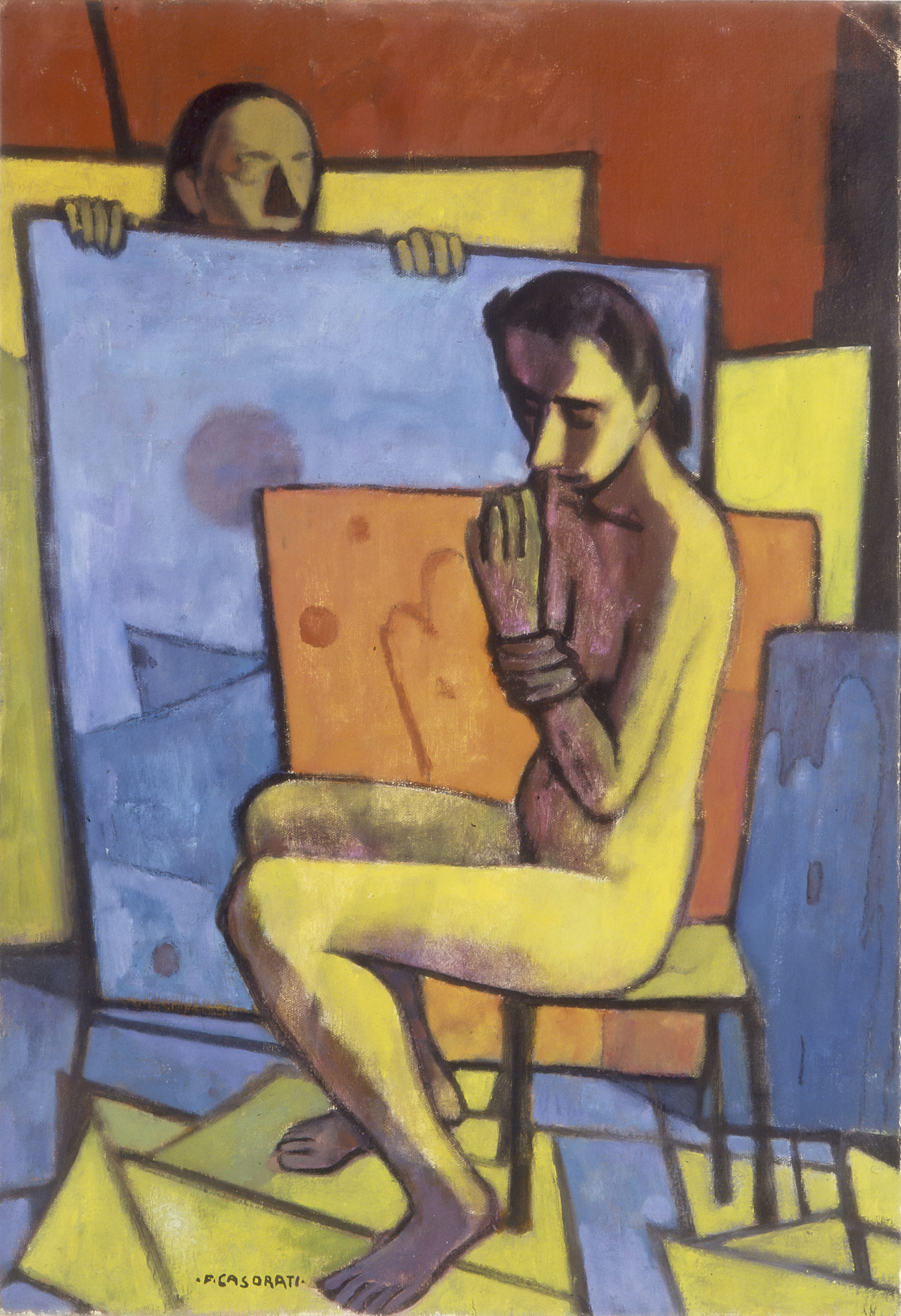 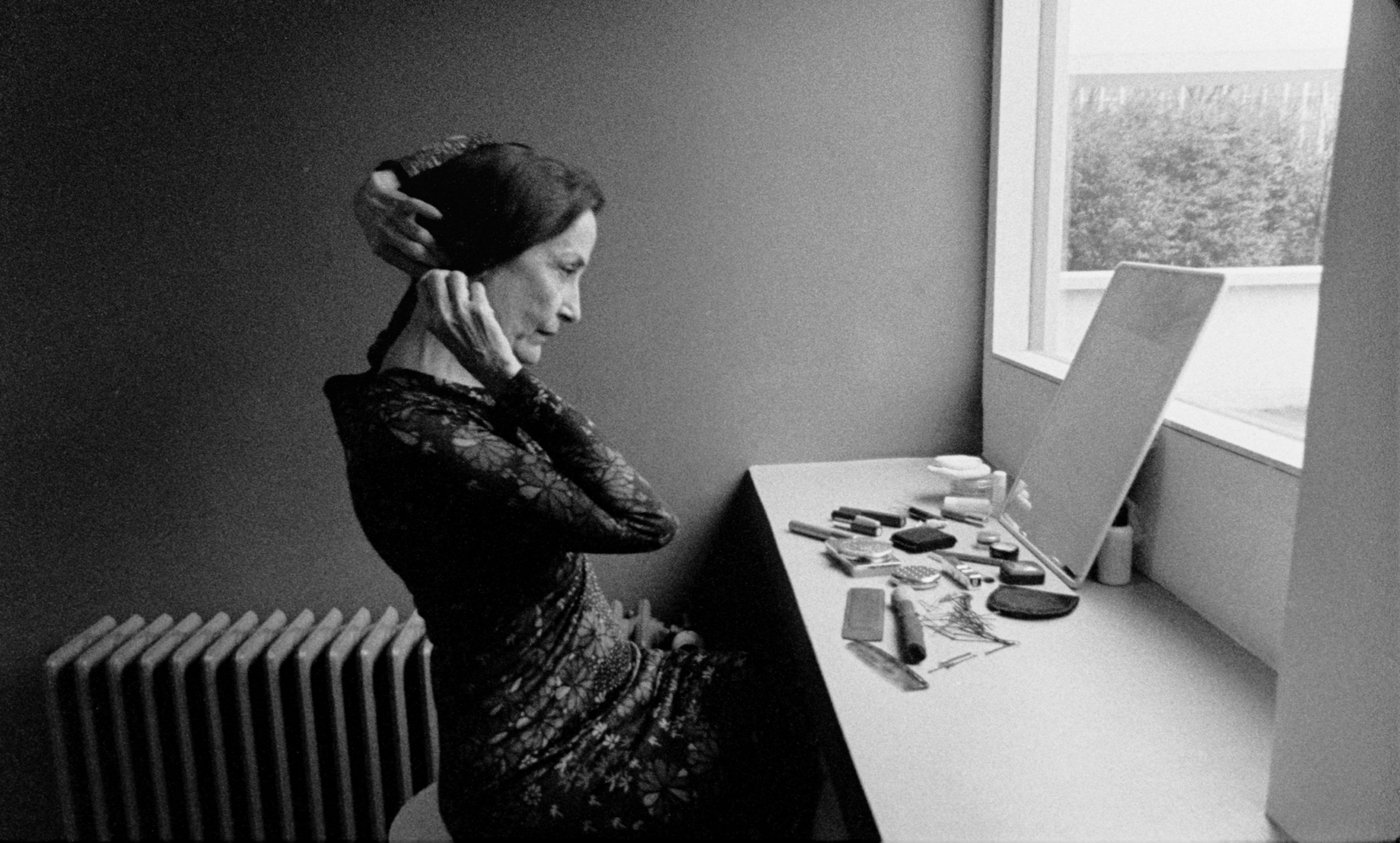 “Di un sole d’oro” involves the viewer physically and mentally, to make him reflect on issues of enormous significance such as the transmission of knowledge in global, technologically advanced societies, and the role of the individual subject in the description of what can be defined civil society at time of post-ideologies and social networks. Singspiel of 2009 is the video that welcomes the viewer in the first room of the Museo Novecento, together with a series of stools and chairs that want to suggest an example of modernist formalism. The video, already presented at the Venice Biennale, was shot as a single sequence shot inside Villa Savoye outside Paris and is characterized by black and white images animated by a soft and sensual light. The camera follows a group of people trying to populate the spaces of the house built between 1928 and 1931 by Le Corbusier, a master of rationalist architecture. The notes of a German lieder invade the space and highlight the tense relationship between individuals and that architectural context so full of history and ideology.

The second room, on the other hand, is characterized by the 2015 “Blue Curtain”, a curtain that only partially covers the view. The curtain, similar to the one used to open and close the scene of a stage, becomes the threshold that separates and unites the space of reality and that of illusion. In this case it also evokes the limit between abstraction and figuration, therefore between forms and categories of thought and art.

On the one hand the painting by Felice Casorati dated 1945, and on the other the collage “Kostüm des Banditen Gasparone” made by Ulla von Brandenburg in Sardinia in 2013. The theater and the scenography represent another point of contact between the German artist and the Italian painter, educated in classical and musical studies, among the protagonists of the Turin cultural and industrial scene together with Casella, Persico and Gualino and deeply inspired by European symbolism and the Viennese Secession. Like other artists of the time of a total art, Casorati also dedicated himself to scenography. An example of this passion are the sketches for the scenes of La vestale, Elettra, la Norma, Dido and Aeneas performed at the Maggio Musicale Fiorentino between 1933 and 1960. 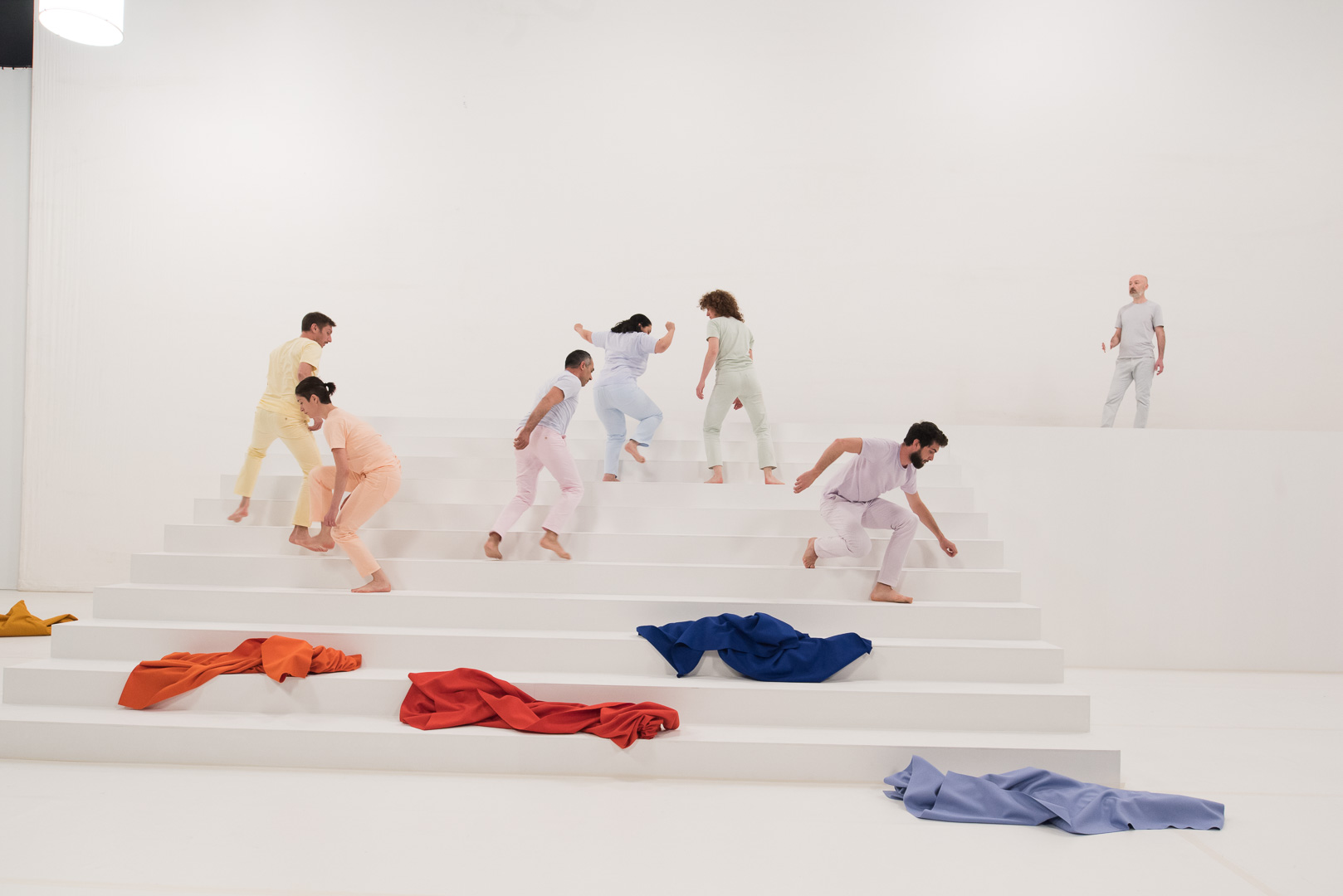