As part of the project to enhance the works and artists present in the Florentine civic collections, the Museo Novecento is pleased to present the exhibition Alberto Magnelli. Armocromie, curated by Eva Francioli.

The monographic, dedicated to the master of international abstractionism, is part of the exhibition cycle which, on a regular basis, intends to outline short portraits of great artists of the twentieth century, with the aim of deepening specific aspects of their practice and lesser episodes. investigate their life.

Tuscan by birth and French by adoption, Alberto Magnelli (Florence 1888 – Meudon 1971) contributed significantly to the spread of new visual codes in post-World War II Europe. Author of a long and incessant research on the pictorial medium, at the turn of the decade and the sixties he develops a completely original repertoire of shapes and colors. The many times mentioned self-taught training will be followed, in the years of his early youth, by the confrontation with the most innovative experiences of international art, also cultivated through friendship with the main protagonists of the Parisian artistic and cultural scene. In this sense, a special place will be held by Jean Arp and his wife Sophie, with whom Magnelli will share important experiences of art and life in the years of the Second World War.

The exhibition allows you to rediscover the artist’s complex creative parable, starting with the exhibition of the entire legacy destined by Magnelli himself, on his deathbed, to his hometown, Florence. Exhibited for the first time in 1973 at the Galleria d’Arte Moderna in Palazzo Pitti, the Legate Alberto Magnelli consists of a series of works, including paintings, drawings and collages, created between 1914 and 1968.

The core is an example of the great variety of styles and techniques experimented by the painter over the years: from his youthful experiences – in which the influence of the great Italian art of the fourteenth and fifteenth centuries is combined with the suggestions of the French avant-garde and the passion for lines primordial of tribal art – to the more mature compositions, in which Magnelli declines, with growing awareness, a personal language of an abstract type.

The interest in the chromatic component and its infinite variations remains constant in its production. Precisely the complex orchestration of color constitutes the key to access the knowledge of this great master: a sophisticated and never predictable harmonization, capable of conveying the different artistic and existential phases that Alberto Magnelli went through during his long and exciting career.

He was born in Florence in 1888. In 1907 his first encounter with painting took place and already in 1909 he took part in the VIII Venice Biennale.
Initially influenced by the rigid harmonies of Tuscan art and architecture of the fourteenth and fifteenth centuries, Magnelli discovers the painting of Gustav Klimt. In 1914 he went to Paris together with the poet Aldo Palazzeschi, his childhood friend, with whom he rented a studio in the rue de la Grande-Chaumière. Here the artist has the opportunity to get to know directly the painters and writers who gravitate around Apollinaire and “Les Soirées de Paris”. He frequents both the Italians Papini, Soffici, Palazzeschi, Boccioni, Carrà, and personalities such as Picasso, Léger, Jacob. In May of the same year he returned to Italy, with the intention of returning to Paris in the autumn but, unable by the outbreak of the war, he spends his time between Florence and Viareggio and maintains a close correspondence with Apollinaire, who will become his great friend.
After the explosions of color and the openings to abstractionism of the war years, Magnelli’s painting evolves towards a return to figuration and classicism, always however marked by a completely independent position with respect to the official groupings. Opposing the fascist theses, Magnelli finds himself increasingly isolated. In April 1939 Peggy Guggenheim invited Magnelli to participate in the Abstract Concrete Art exhibition.
In spring 1944 he participated with Domela, Kandinskij and De Staël in the Peintures abstraites / Compositions de matières exhibition at the Galerie L’Esquisse.
He participates in the Venice Biennale in 1950 with a personal room, in which he brings together eighteen paintings made between 1914 and 1948. In the same Biennale a retrospective of Kandinskij is presented, which Magnelli curated together with Nina Kandinskij.
The 1950s and 1960s marked the definitive consecration of Alberto Magnelli with important exhibitions including the San Paolo Biennale in 1951, the retrospective dedicated to him in 1954 at the Palais des Beaux-Arts in Brussels, the Documenta in Kassel in 1955 and in May 1963, the retrospective at the Kunsthaus in Zurich.
Alberto Magnelli died on April 20, 1971. 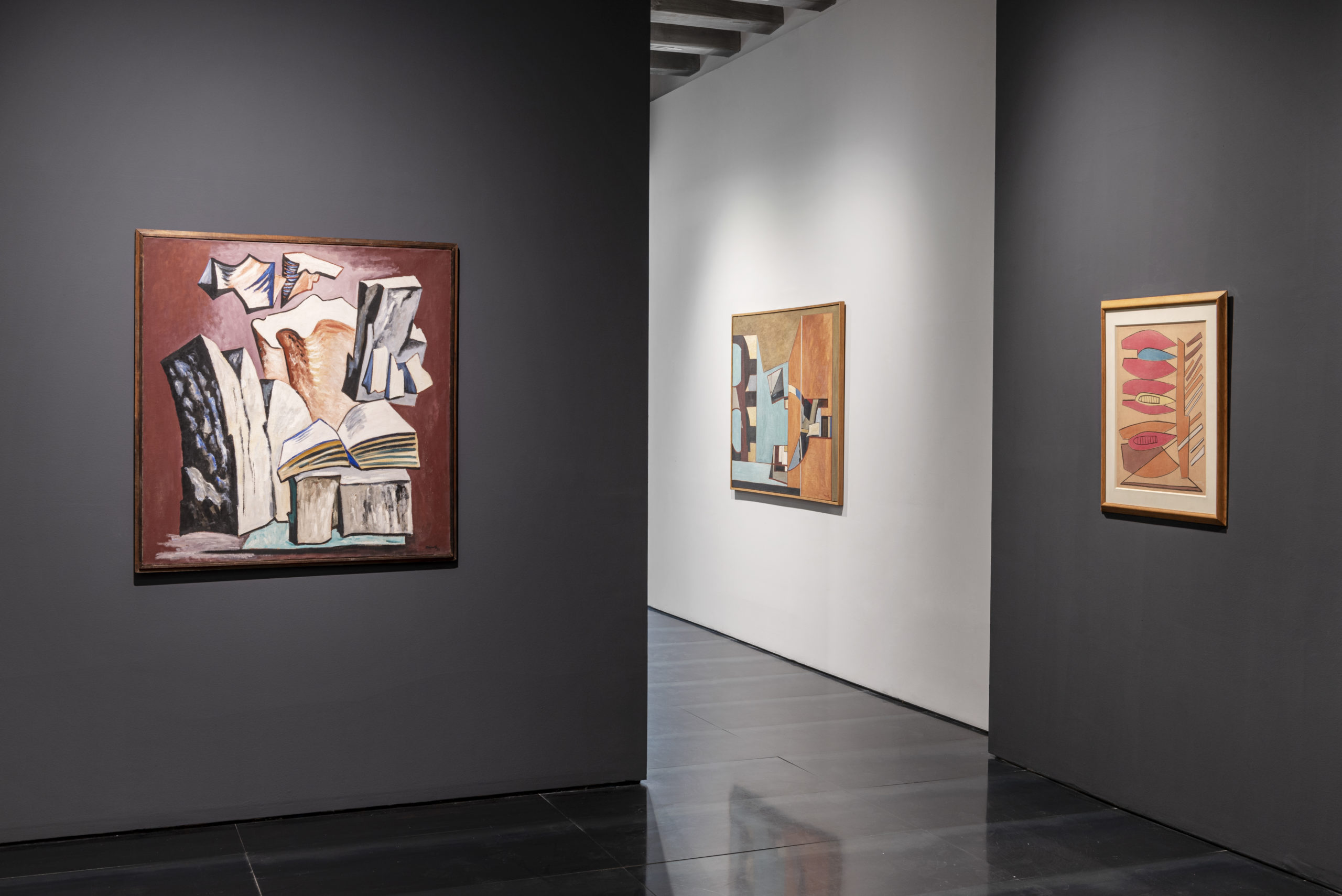 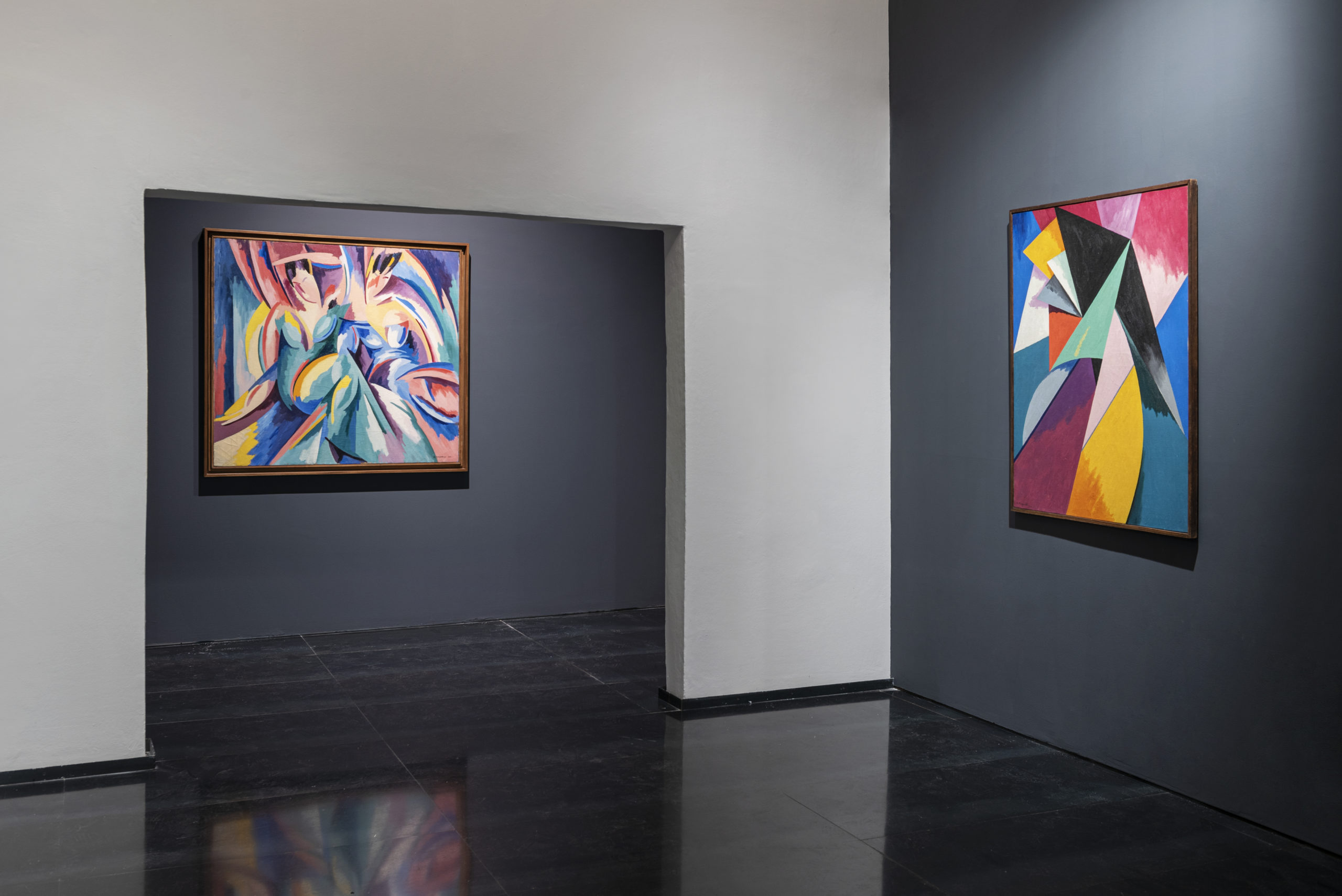 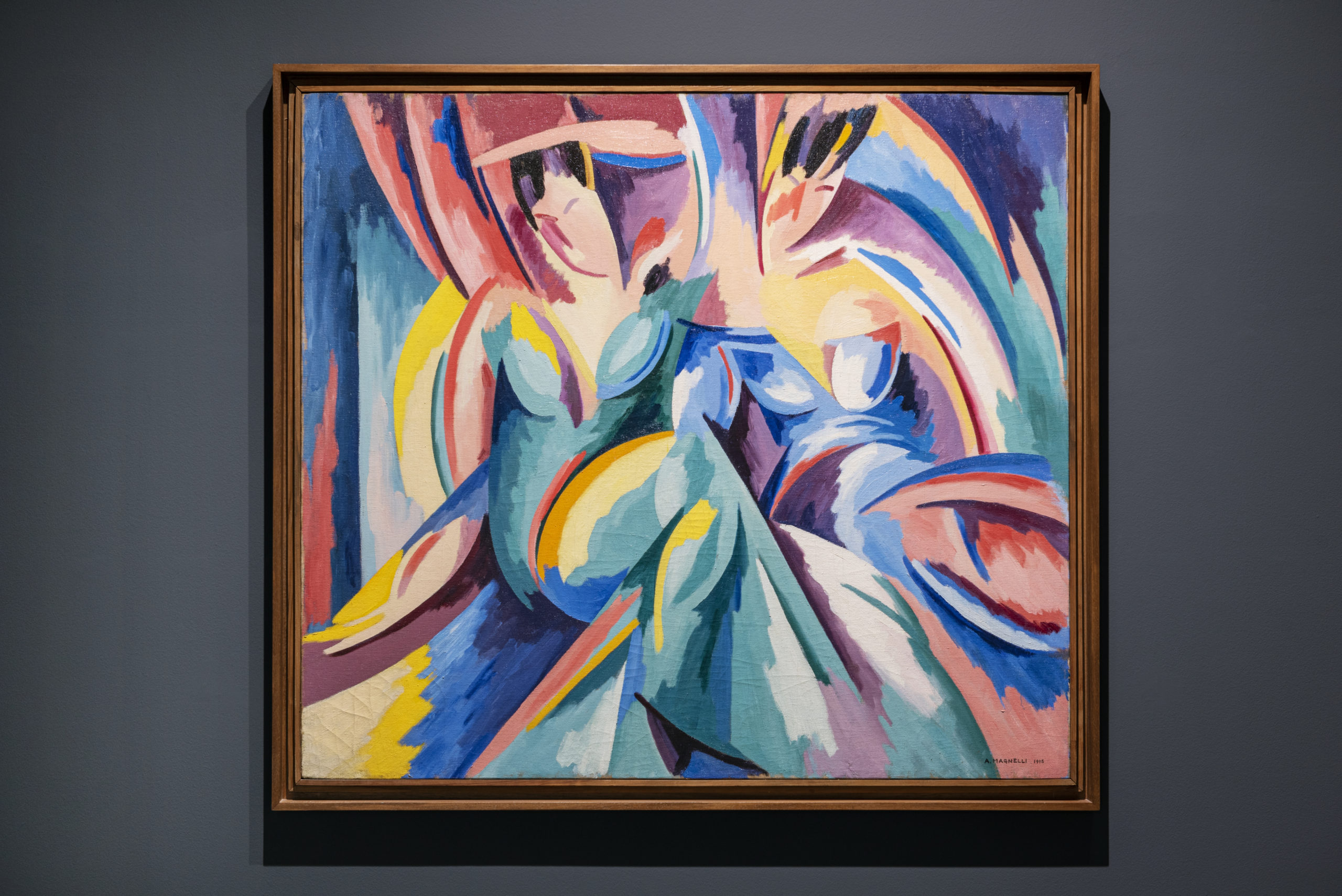 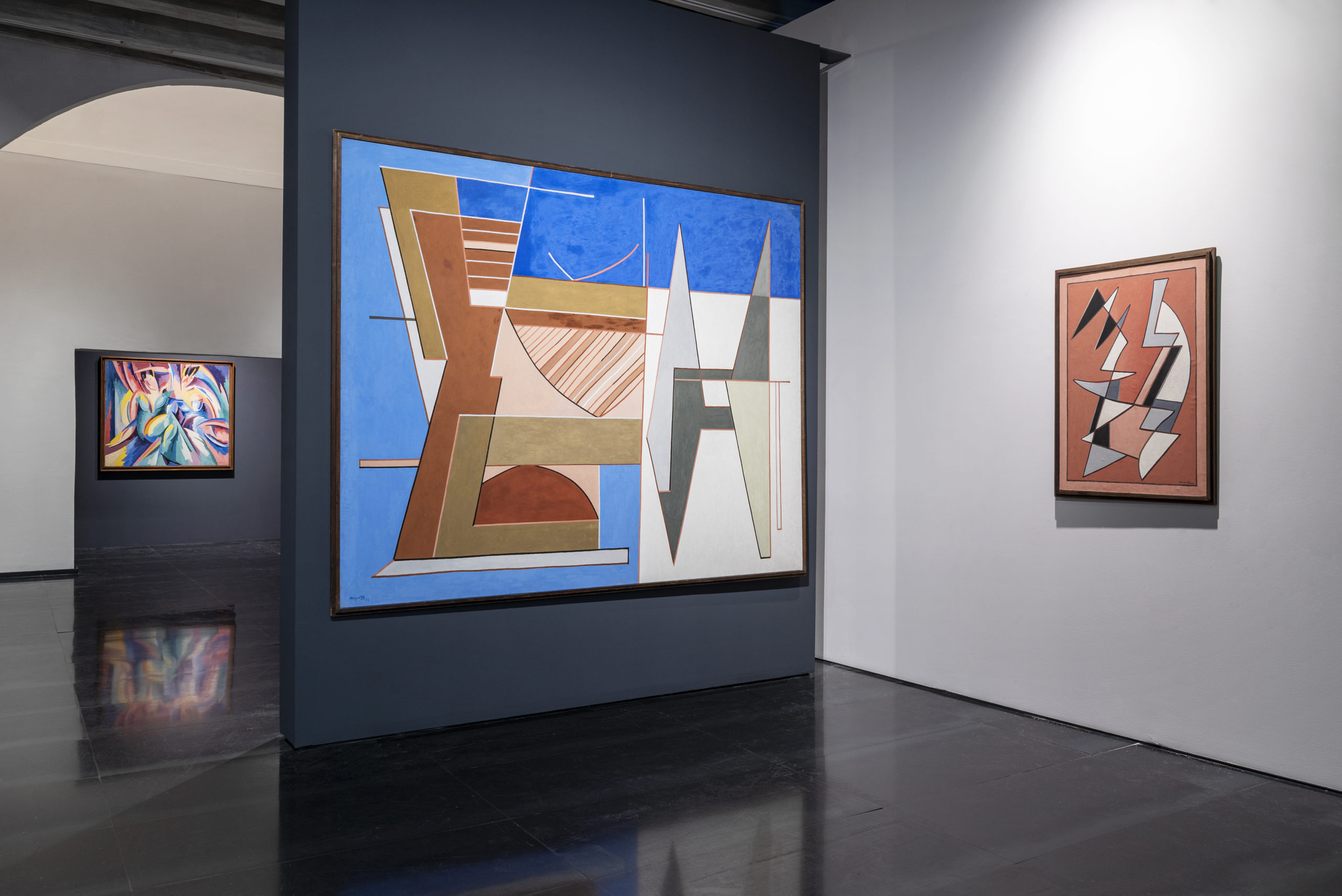