Please note the obligation of the Green Pass strengthened with the presentation of an identity document and the use of the FFP2 mask for participation in the event.

“(…) I probably owe my salvation (do not become a maniac, do not consume me) to my imagination, which knows how to find a concrete image for every feeling (…)”
– Pier Paolo Pasolini

Starting from the poetics and biographies of the four authors, the course undertakes a broader reflection on the importance of literature, on individual and silent poetic reading but also on public reading aloud, as well as dwelling on the parallels that the contemporary and the last century offer. The meetings, peculiar of their kind, bring the pleasure of reading, the suggestion and musicality of the word closer to the technical analysis of the poetic medium thanks to the acting professionalism of Ugo De Vita and his experience as a university teacher and as an actor.

The cycle of meetings, which will be held in the cinema room of the Museo Novecento, is conceived and structured as a discovery laboratory through the study and comparison of the writing of different models and sensitivities, and intends to address kaleidoscopic through the different narrative voices of the authors multiplicity of feeling and seeing, the surrounding and interior reality.

Enchantment and in song of the words rewards the strongly melodic matrix of the verse, understood as the heir of a centuries-old tradition of acoustic fascination and prophetic warning of the selected authors towards the society and the century with which they were confronted: the twentieth century. 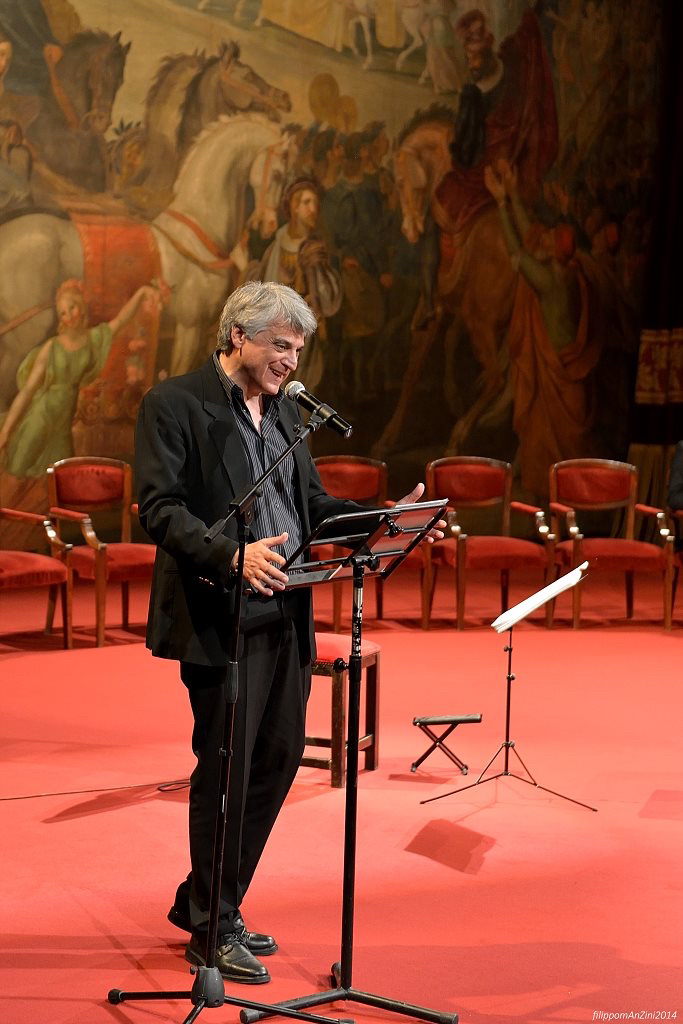 author, prose actor, university professor.
Graduated from the National Academy of Dramatic Art “Silvio D’Amico”, he obtained a degree and
American specialization in Clinical Psychology. After his debut with Dario Fo and Franca Rame, author of radio plays and television programs with Rai, he wrote and directed two films and a series of telefilms for Rai.
Over the course of forty years of work, he has curated prose productions in Italy and abroad and directed among others: Mario Scaccia, Valentina Cortese, Michele Placido, Elisabetta Pozzi, Claudio Capone, Ivana Monti, Luigi De Filippo, Lucia Poli, Piera Degli Esposti, Franco Castellano, Massimo Dapporto, Ileana Ghione, Nando Gazzolo, Riccardo Cucciolla, Silvano Tranquilli, Lino Capolicchio.
He has published essays and novels with Vallecchi, Bulzoni and Passigli editore.
He has taught at the National Academy of Dramatic Art “Silvio D’Amico” and in Italian and foreign universities.
He is responsible and sole coordinator of “Workshop of poetry, theater and arts”, a study, research and entertainment project aimed at DAMS students and graduates.