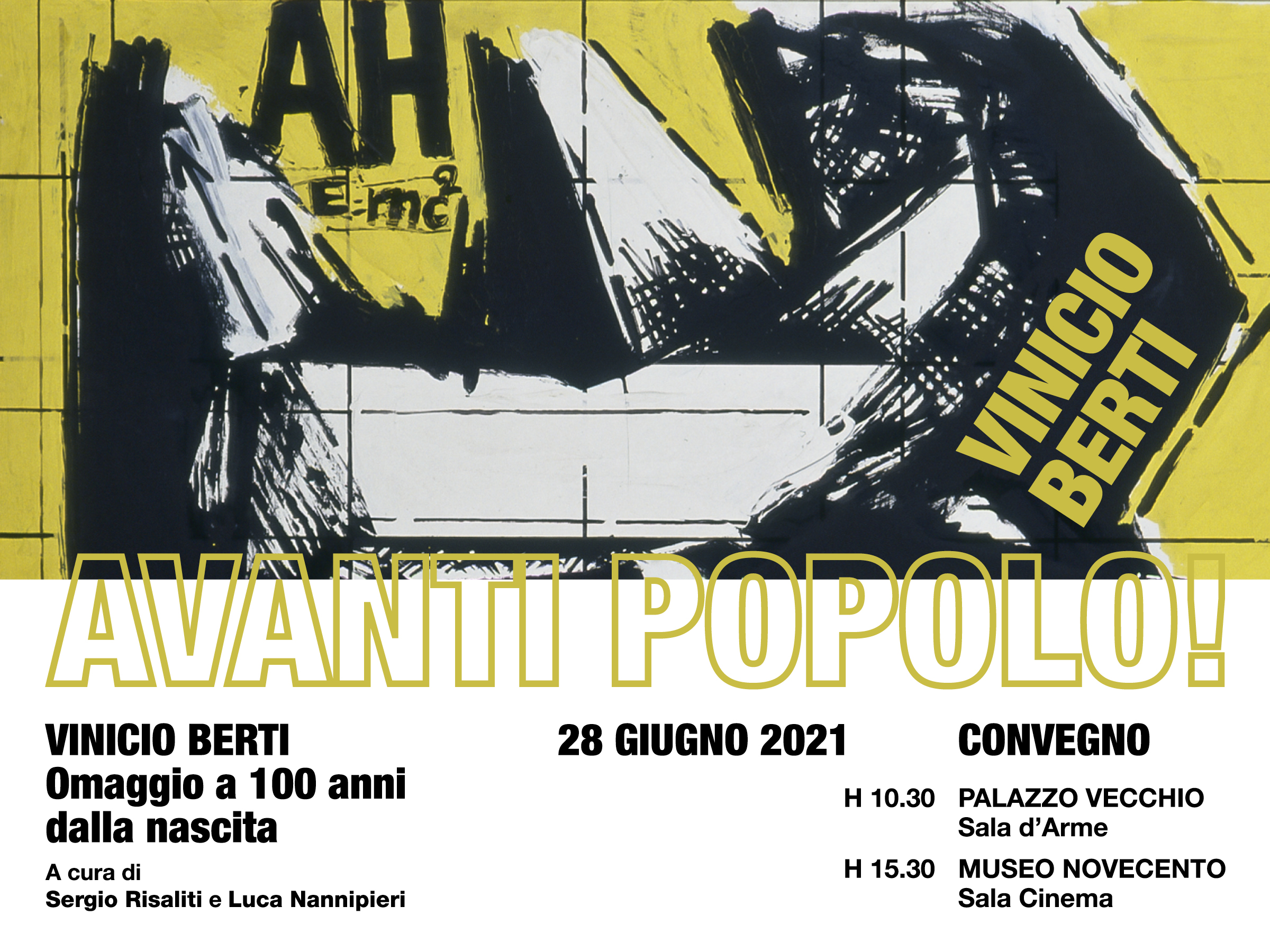 On the occasion of the centenary of the birth of Vinicio Berti (Florence 1921-1991), Museo Novecento presents AVANTI POPOLO! VINICIO BERTI. A tribute to 100 years after his birth, a day dedicated to the great Florentine master, whose work is deeply linked to the city in which he worked all his life.

The conference, curated by the director of Museo Novecento, Sergio Risaliti and the art critic Luca Nannipieri, realized in collaboration with Galleria Frittelli, will be held on Monday, June 28, 2021 in Palazzo Vecchio (Sala d’Arme) and Museo Novecento (Cinema Hall).

The day intends to shed new light on the Florentine artist’s long and complex research, thanks to the involvement of scholars and experts from various disciplines, starting with the reconstruction of the link between Museo Novecento and Berti himself. The heritage kept inside the former Leopoldine, in fact, is inextricably linked to the spirit of solidarity expressed by the Italian and International artistic community after the 1966 flood. In 2015, to integrate these important and precious donations, the great legacy of Vinicio Berti arrived in the Civic Collections of the Municipality of Florence: a collection of about 600 works, donated by the artist’s widow, Liberia Pini, together with numerous manuscripts, documents and graphic works.

Starting from the investigation of the creative parable of Vinicio Berti, marked by the dazzling season of Classical Abstraction, we intend to continue with a broader reflection on the profound political implications of his work. The recovery of anecdotes and salient facts that have characterized the artist’s career will be accompanied by a more careful study of the themes and ways of his painting style in constant dialogue with research in the field of graphic design. Thanks to the contribution of critics and intellectuals from different backgrounds and education, it will also be possible to expand the reconstruction starting from an analysis of the deep relationship with architecture and printed paper.

The conference will be divided into a series of interventions by critics and scholars:

Free admission subject to availability. Reservations are strongly recommended at the address: segreteria.museonovecento@musefirenze.it.